Every year, hundreds of new products pass through RevZilla HQ, some innovative, some predictable.

We’ve already handed out our 2016 ZLA Awards for moto gear and talked about some of our other favorites. Now it’s time for our gear experts to take what they’ve seen and extrapolate into the future. Here’s what we expect to see in motorcycle gear in 2017.

The primary focus for most motorcycle gear is safety. Ever since Alpinestars and Dainese began R&D on airbags for their MotoGP riders more than half a decade ago, the promise of this lifesaving technology has sparked excitement. The technology was impressive right from the start, but the premium price point meant that only a few could afford to be early adopters. Thankfully, Spidi and Helite have started bringing universal-fit options to the masses.

While Spidi’s first foray into the world of airbags came years ago, it was limited to an inflatable neck roll. The new Full DPS Vest from Spidi and the Helite Turtle Airbag Vest take rider protection to the next level with full thoracic coverage. These offerings may be of a more analog form compared to the advanced race suit options offered by the big boys. But hey, if it works, it works. Providing a universal fit option around the $800 price point is a huge step forward and it’s only the beginning. Expect to see this type of airbag technology spread throughout the brands you know and love in 2017 and beyond.

As a gear geek at heart, my excitement over technological advancements spans the gamut. Remember when you first learned about Bluetooth headsets for your lid? It was pretty crazy back in the late aughts when this tech first dropped. To engage Siri for directions and sit back on a long slab haul with AC/DC kickin’ the jams was a dream come true. The next step up will come in rider-to-rider communication.

Even with the power of a 20S from Sena or Cardo’s DMC (Dynamic Meshwork Communication), rider-to-rider connections have always struggled with fidelity and range. Our video production crew knows all about the issues of range anxiety (as they like to call it). But what if instead of a strictly ad hoc network connection you ponied off of an existing network? Maybe the Nextel network that was once only known for their terrible, “chirp me dawg…” commercials could play a role. Yep, that’s right. Get ready to chirp your dawg as he’s a hundred miles away, headed for the rally from across the state.

FUSAR is the first to boast this capability, but don’t think it won’t spread far and wide in 2017 (Sena is positioning to follow up quickly). In FUSAR’s first iteration, it may only be available in a push-to-talk capacity. But it’s universal with any other Bluetooth headset you pair with their Handlebar Remote Control unit. No longer do you have to worry about the pairing hell scenario that’s played out countless times. There’s a ways to go to get all the rider communication features we want, but things are getting even more interesting.

Which leaves me with my final prediction. It’s not a specific callout to a rock star that’s going to disrupt our moto-universe in a year, or even two. But rather, the efforts of innovators stepping outside of our industry to learn from R&D applied elsewhere. You’ve probably read the articles about Dainese’s spacesuits and Alpinestars' F1 apparel. But this isn’t the first time our passion has benefited from advancements in other industries that are known for pushing the limits. You know Gyde? I mean Gerbing. Gerbing's. (I never get that right.) That amazing Microwire Technology is straight out of U.S. military R&D.

The real innovators in our industry will be just like the disruptors of any landscape. Not bound by conventional thinking shaped by the limitations of the application right in front of them (in our case, motorcycles). Look for new thoughts coming out of both the major players and scrappy startups as they learn what’s possible outside of our arena of the street, trail or track.

Casual gets technical, technical gets casual, dirt gets popular

When lifestyle brands making trendy moto wear started popping up, some dismissed them and their presumed hipster demographic – until they took a slice of the moto apparel market share. While retro has been beaten to death at this point, few can deny the appeal of a riding jacket that doesn’t look like it’s tailored for a stormtrooper. This coming year, we’ll see even more gear meant to look casual — dare I say utilitarian? — but with some pretty technical foundations.

REV’IT! continues to lead the charge with pieces like the Westport Overshirt, Dayton Jacket and Alpha Chinos. I’m sure some brands will stumble while finding their footing, but this trend isn’t going away. If you’re still grousing because you think the riders wearing this gear are just here for the scene and, after all, you were here first, it’s time to get over it. Brands will continue to challenge the status quo and bring non-moto looks with real functionality to two wheels.

Coming from the other direction, for a few years now we’ve seen technical gear get “murdered out” with names like the "stealth," "spec" or "ops" editions. It’s a popular way to make things look more sleek or classic. 2017 will see more ingenuity from big manufacturers typically known for their high-tech gear, and it’s about time. Klim will be the front-runner in this category. They dipped a toe in the water with the new Traverse Jacket and are really diving in with their much anticipated 626 Adventure Collection, which debuted at this year’s AIMExpo. Price points for the 626 collection range from around $170 to $500, a nice change of pace for Klim, whose high-end materials typically rack up an equally high-end bill.

Dainese gear like the Street Darker Leather Jacket and Dainese Tempest D-Dry Short Gloves give us sport gear without the sport bike look. REV’IT! will make an urban version of one of their best legacy pieces for the serious ADV rider, the Sand series. The Urban version actually has fewer technical features than their new Sand 3, but it’s… more expensive? Let’s not go overboard, guys!

Another trend that’s no secret is our affinity for trackers, scramblers, and pretty much anything else that could maneuver off-road. Those bikes are just street enough and cheap enough to serve as a gateway drug from the street scene to the world of dirt. Even the RevZilla parking lot, where most riding segments are pretty evenly represented, has turned into a plot full of Yamaha WR250Rs and other off-road favorites.

Zillans aren’t trading in their café racers, sport bikes and Sportsters. They’re adding a dual-sport or scrambler, and we hear from customers doing the same thing. After a few run-ins with tree branches and rocks, riders are calling to ask about gear that works in the woods and also on the street. The challenge for manufacturers is to come up with gear that is attractive and functional in both settings, so riders can branch out without having to buy another closet full of gear. For years, Icon has tried to do exactly that. So it’s no surprise that their Raiden UX Jacket, which combines “everyone's favorite garment (the hoody) with ADV functionality,” has been joined by the Raiden DKR — a jacket designed for “hardcore dual-sporters” that also looks suspiciously appropriate for the street. I happily expect to see more gear that can do double duty.

ADV gets colorful and GoPro turns it around

Over the past year, I have developed a proclivity for “loud” riding gear. When I open my wallet, I usually end up looking like a highlighter in a crowd of blacks and grays, the colors traditionally associated with ADV gear. We’ve seen a rainbow of neon slowly bleed into motocross gear from a 1980s resurgence in the fashion industry. It’s a trend I expect to see continue and spread into more traditional apparel options in 2017.

Listen, I like my regular black leather jacket as much as the next guy, but I’d really love a ridiculous “wild child” alternative to accompany some of the new hooligan bikes hitting the market. If I am riding a Yamaha FZ-10 with “can-you-see-me-now-yellow” rims or a KTM Super Duke draped in “screaming-bloody-murder orange,” I wouldn’t mind an insanely colored leather jacket to accompany this.

Same goes for ADV gear. It’s time to push the boundaries of Hi-Viz and have some fun with it. Honda is finally bringing over the Africa Twin in the red, white and blue color scheme with gold rims. Give me an outfit wild enough to match. It doesn’t have to be completely off the reservation, but a bit of asymmetry with one sleeve done up in neon with accents popping throughout the body would be cool. I am guessing there are a few knuckleheads out there like myself who would lay their dollars down for some truly left-of-center sport and ADV options. Someone’s going to bring it to us. Who will it be?

My second prediction is that we’re going to see a strong push from GoPro to revamp the struggling brand. Earlier this month, the action-camera manufacturer laid off more than 200 employees, or more than 15 percent of its workforce, by shutting down the company's entertainment division.

If you weren’t aware, GoPro had been making a push into original content and some of it (like this video on an Oregon trail system) featured damn good storytelling, not just flashy images.

With the introduction of the Hero5, GoPro shut out non-proprietary brands from interfacing with their product. For instance, Lem and I typically use Hero3s and 4s in conjunction with a Sena backpack to record video and audio for our bike reviews. The new Hero5 has no attachment for a Sena backpack, which means we’re going to continue using the older versions of the cameras until a solution presents itself. GoPro is going to have to address issues like this as well as competition from new players in the world of action cameras.

I am always bummed to see people lose their jobs and I would have loved to see GoPro’s original content continue, but I believe the changes being made at GoPro will ultimately benefit consumers. After reading statements issued by CEO Nick Woodman at the time the layoffs were announced, I expect to see continuing innovation from GoPro in 2017. 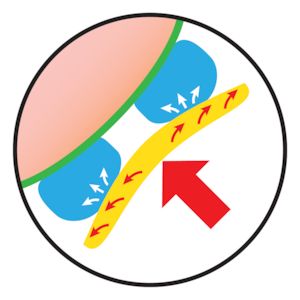 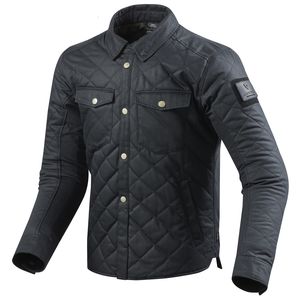 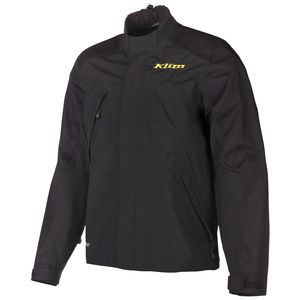 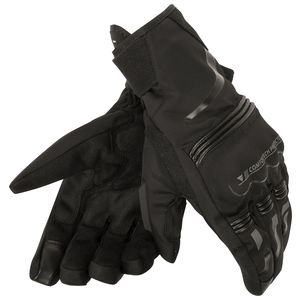