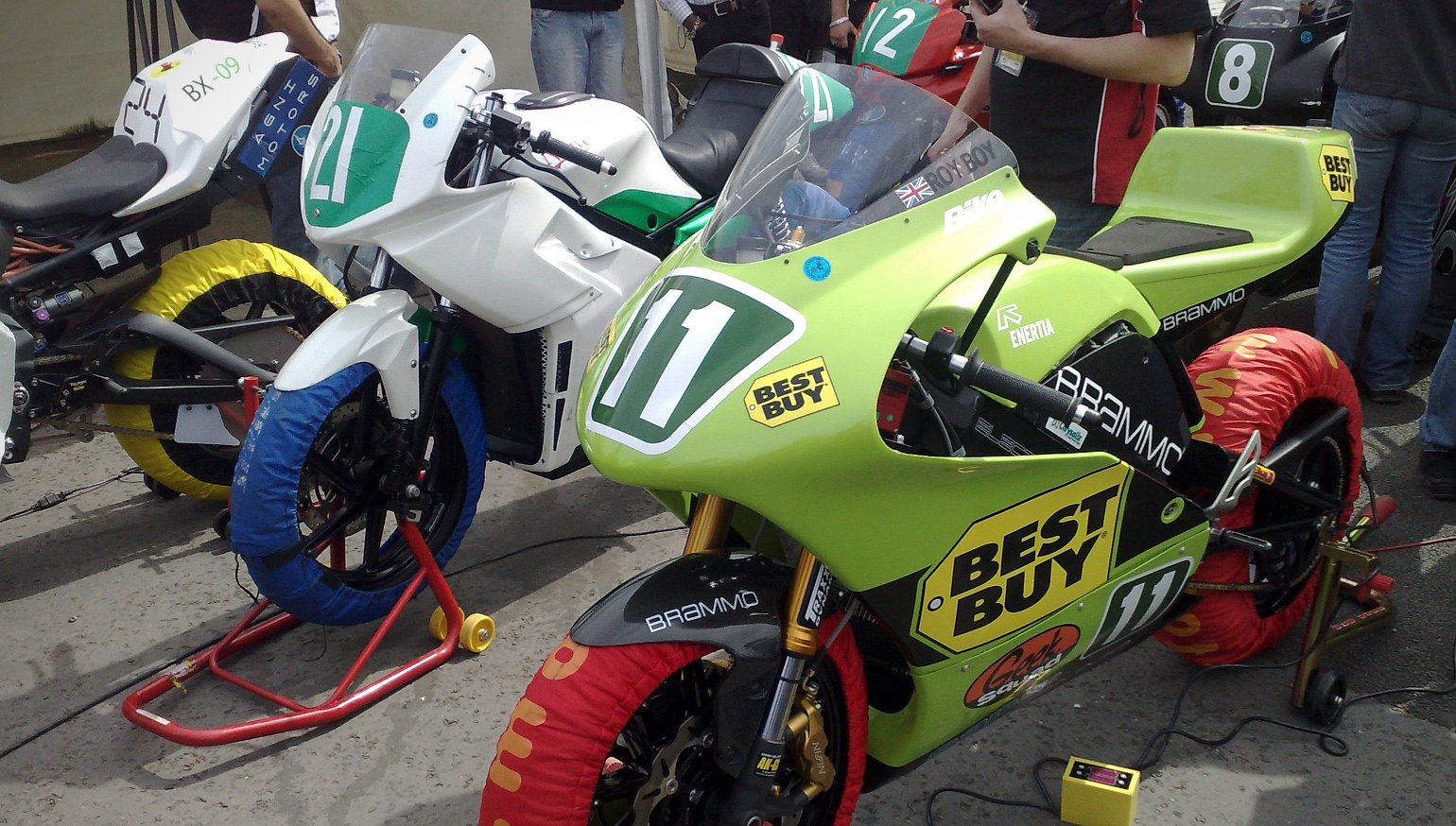 Why did the Isle of Man halt the TT Zero?

The TT Zero race may not be dead, but it is off the calendar for at least the next two years. That’s a setback for the small-but-devoted cult of electric motorcycle builders and fans, who loved being in the spotlight, even if it was just for one day a year.

The news broke with a short but definitive statement from Rob Callister, who is a Member of the House of Keys — that’s the Manx parliament. He represents the town of Onchan, but is also the government minister responsible for motorsport. It should not come as a big surprise for people who follow the TT, which has a history of chopping and changing class structures in the off season, even while competitors are busily building bikes for the next season.

“As an island we remain committed to the principles and passion that continues to motivate everyone associated with the TT Zero class and the clean tech industry,” said Callister. “Our intention is to have a moratorium on the event to allow the motorcycle industry as a whole to catch up on the leading edge developments that some manufacturers and individual race teams and universities have achieved to date. We remain incredibly proud of everything that has been achieved in clean emission racing at the TT and will work closely with the industry and with manufacturers without the pressure and focus of delivering a race format to build on the success to date.”

The history of zero-emissions racing at the TT

The first zero-emissions TT race was a one-lap demonstration, dubbed TTXGP, held in 2009. Although people on the Isle of Man had previously suggested such a race, it was organized by Azhar Hussain.

I had many conversations with Azhar in the runup to that race — and while he was falling out with the FIM and TT organizers in the months afterward. He was seen as a "come-over" on the Isle of Man, not a member of the insular and clubby British motorsports scene. He was almost certainly viewed in a somewhat racist light, as well. But more than anything else, he simply rubbed people the wrong way, because he was a real "Type A" promoter.

Azhar made that first race happen by sheer force of personality, and by some standards, it got off to a great start. Twenty teams entered, and the event drew massive publicity from publications like Wired and the Los Angeles Times, which certainly would not have covered the TT otherwise. Azhar’s initial vision was not limited to electric vehicles. There were rules in place to allow for fuel-cell motorcycles, or even ICE bikes running on hydrogen (though no such motorcycles were raced).

The race itself, held on the same day as the Senior, was a bit underwhelming. I think nine bikes finished the single lap. The winner, Rob Barber, lapped at 87 mph. Barber finished two full minutes ahead of the next-fastest rider. Later that day, John McGuinness set a new outright lap record of over 131 mph in the Senior.

The impression that I got at the time was that people into EVs thought it had been the coolest race ever, but that most TT fans found it laughable; more a display of EVs’ weaknesses than strengths.

The TT organizers must have seen promise though, because within a few months they informed Azhar that, henceforth, the TT would organize its own one-lap race for electric motorcycles. The first TT Zero race was put on the schedule for 2010.

For the next 10 years, TT Zero fields held steady at about 10 entrants. I suppose the class’ heyday came in 2012 when America’s MotoCzysz team fought tooth and nail to finish ahead of the powerhouse Mugen team. In 2012, MotoCyzysz also earned an asterisk in the record books when Michael Rutter became the first person to lap the TT course at over 100 miles per hour on an electric motorcycle.

MotoCzysz narrowly beat Mugen again the next year, but it was overshadowed by Michael Czysz’ cancer diagnosis. It was to be the team’s last appearance on the Isle of Man.

Since 2013, Mugen — which has historically been a back-door Honda team with significant technical and financial support — has owned the TT Zero event. Sure, they’ve occasionally been pushed a little by entries from Victory (remember Brammo?) and the University of Nottingham, but Mugens ridden by John McGuinness, Bruce Anstey, and Guy Martin have always had several mph in hand.

On the positive side, the very fastest TT Zero motorcycles have made impressive gains in lap speeds around the TT course. My friend Lennon Rogers, who led the MIT team that fielded Alan Brew in 2011, sends me a plot every year, which traces the improvement in lap speeds by conventional motorcycles since 1911, and EVs since 2009.

Way back in 1911, the TT course was the nec plus ultra of motorcycle racing because of its length, the variety of surfaces it presented, its mix of technical and fast sections, and the difficult climb over the mountain. It is still an incredible test of any road motorcycle for all those reasons, and the fact that Michael Rutter lapped at nearly 122 mph on the latest Mugen earlier this summer silenced many of those early EV skeptics.

The steady improvement in TT Zero lap times is the result of incremental improvements all the way down the EV driveline: battery design, motor controllers, and motors themselves. However, we’ve only seen marginal improvements in energy density. Michael Rutter can cut one sub-19-minute lap, but a two-lap race would still take hours, if he had to pit long enough to charge that massive battery.

Another way the race mimics the whole category is that there are a small handful of established players who have real R&D, technical, and financial backing, and then there are a bunch of underfunded upstarts. As impressive as Rutter’s 121.91 mph winning lap was this year, the sixth-fastest rider still barely managed to break 83 mph; so the sixth place man was 35 mph slower.

The fields in all the other classes are far deeper. Peter Hickman averaged 132.644 mph in the abbreviated two-lap Superbike, while the sixth-place finisher, Michael Dunlop, finished at an average speed of 129.033; only about 3.5 mph slower.

As far as Callister’s statement goes, the Isle of Man’s position is that if, in a couple of years, more teams seem capable of fielding a really competitive EV, the race will be put back on the schedule. I reached out to the TT’s press office with some additional questions, but they did not make a representative available in time for this post. Here's what I would have asked (and if any TT organizers read this, please feel free to answer my questions in the comments):

Was there any thought given to moving the TT Zero race to the Classic TT/Manx Grand Prix held in August?

I find myself wondering how, exactly, teams will get competitive, or prove it, without a race on the Mountain Course. The Classic TT/MGP features a more diverse mix of classes and motorcycles and it seems to me that EVs would be a great addition. The MGP has long been the place where riders prove their mettle before moving on to the TT. Why not make it a place where EVs can do the same?

Was the decision to drop the TT Zero race made because Mugen informed organizers that they would not be returning in 2020?

It’s pretty clear that Mugen has little to gain by running essentially unopposed in what has become a very expensive test session. I would not blame them for looking for a new challenge.

Were 2019’s unique scheduling challenges the last straw for an additional class that still has plenty of detractors?

Weather wreaked havoc on practice, qualifying, and race schedules throughout the 2019 TT fortnight. Organizers seem less and less inclined to race in inclement weather and climate change makes disruptions more likely. Maybe a small, weird class for EVs is an additional complication that organizers don’t need as they’re frantically rescheduling practices, ordering additional (unpopular) road closures, and trying to figure out how to run as many as five races on a single day.

What criteria will organizers use — whether in two years’ time or further on — to decide if the time’s right to reinstate the TT Zero race?

As of now, there’s no other race like TT Zero that the organizers can use as a bellwether.

My guess is that the TT Zero class hiatus will last until several established manufacturers have high-performance electric sport bikes on the market — motorcycles capable of lasting a whole 37.75-mile lap at speeds north of 120 miles per hour. At that point, the TT will see them as a potential source of sponsorship, and/or those manufacturers will pitch a TT Zero race because it will have real promotional value.

If I’m right about that, we will not see another TT Zero race before the mid-2020s at the earliest. 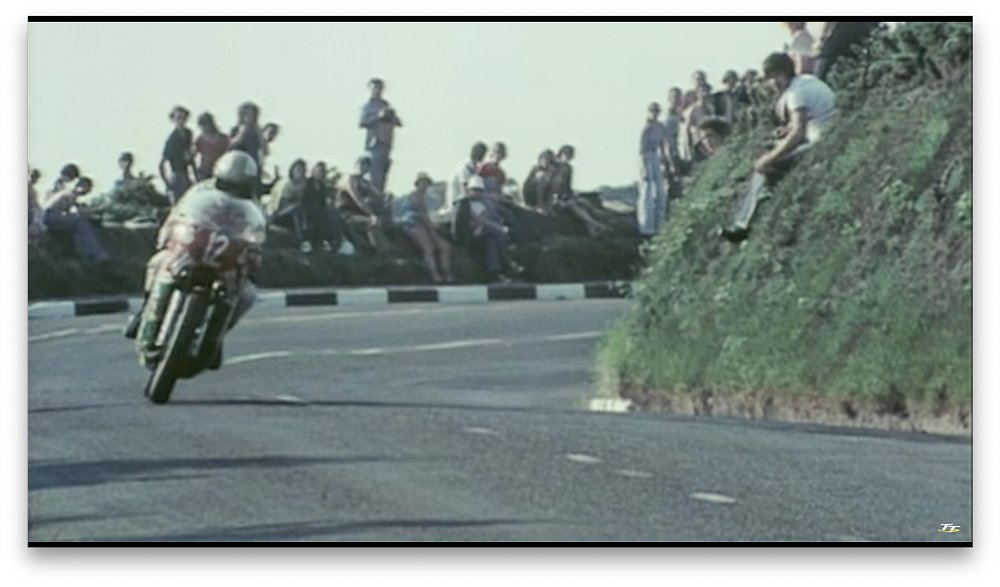 40 years ago, the epic comeback win that maybe saved the Isle of Man TT Mark Gardiner 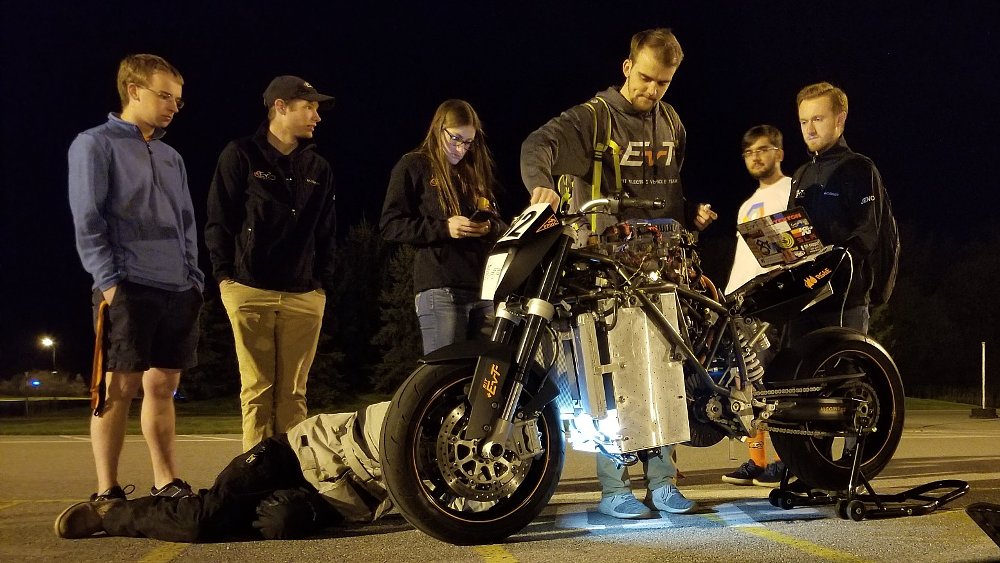 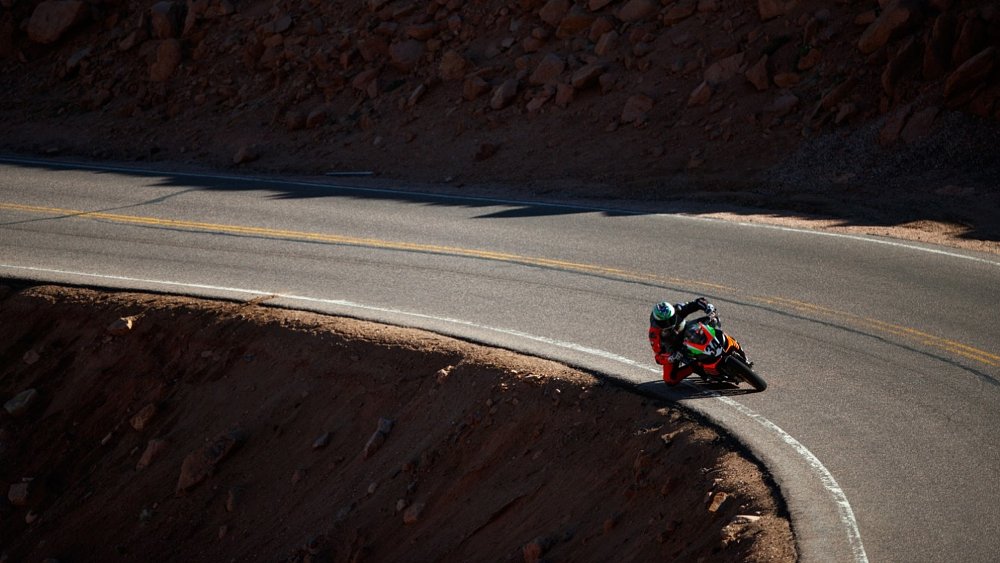