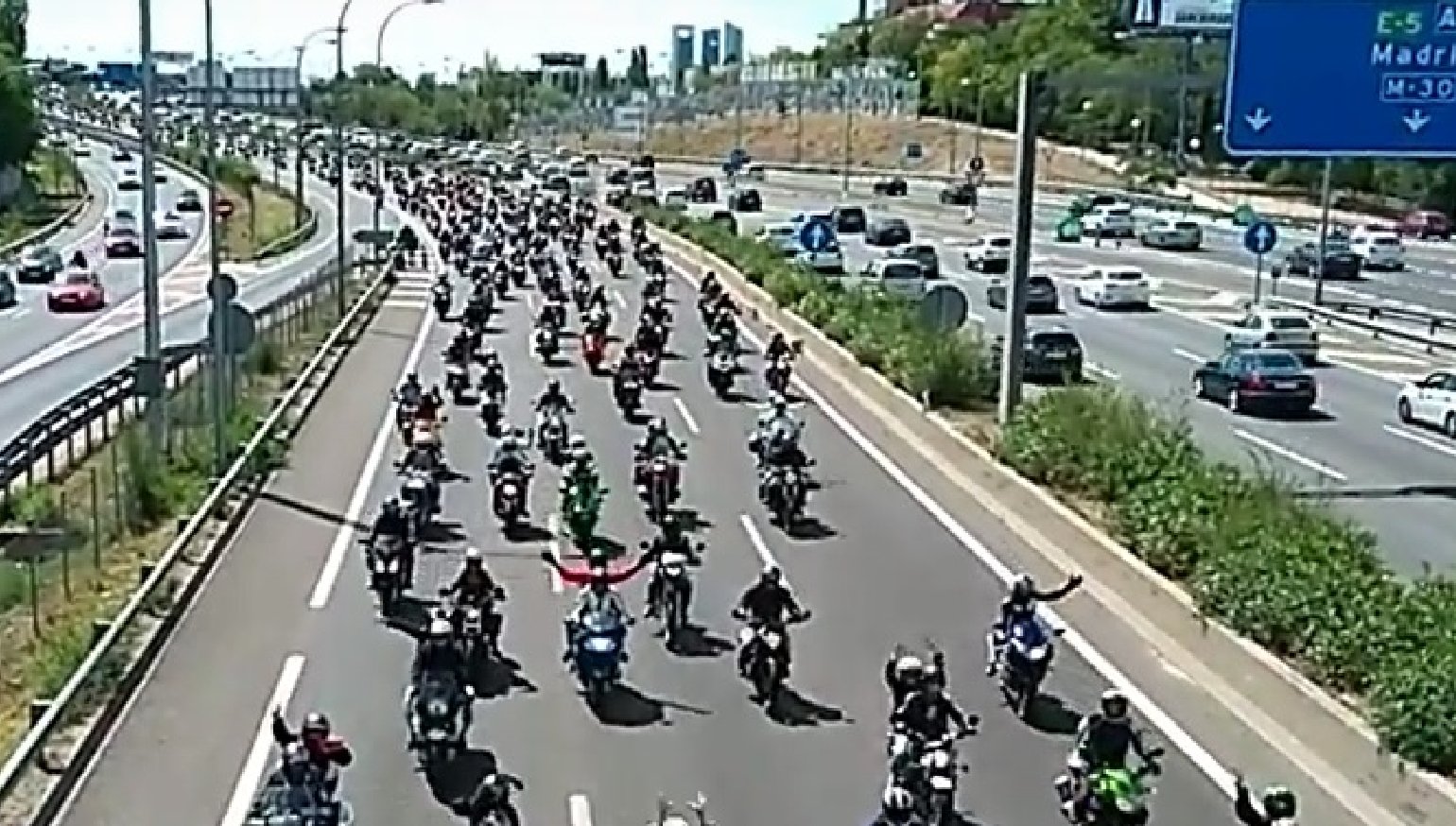 When I posted the news last month of the death of Angel Nieto, I didn't expect a big reaction from our U.S.-centric readership, even though it was top news in Spain and notable throughout Europe. He was legendary, but from another era and in another place.

But as I watched videos of the final goodbye to the 12+1-time world champion, it occurred to me that what I was seeing explains a lot about some of the questions we, the Common Tread writers, and you, the readers, like to talk about so much. Like how to "fix" motorcycling in this country, and why Harley-Davidson is in a sales slump or why MotoAmerica is having such a hard time getting fans to come back to roadracing despite doing all the right things. These stories drew anywhere from dozens to many hundreds of comments, including insightful ideas on why the thing we are so passionate about is an ever more marginal pursuit. And while many of the commonly blamed influences — from popular media portrayals to an increasingly safety-focused and comfort-seeking society to aging demographics — are definitely valid, I think the funeral of Angel Nieto reveals something much more fundamental.

At the very bottom of things, Spain is a motorcycling country and the United States isn't. For huge numbers of young people in Europe, especially Spain, their first taste of vehicular independence is a scooter, not the family car, and the sports posters on pre-teens' walls are soccer players, MotoGP riders and F1 pilots, not football, baseball and basketball players. A study last year by the Autonomous University of Barcelona found that the city now has the highest number of motorcycles per resident in Europe and 26.2 percent of all trips by motor vehicle were done on two wheels. If you live in the United States, look around your city and try to imagine more than a quarter of the vehicle trips being done on motorcycles and scooters. Impossible. The financial crisis had the effect of increasing the number of riders in Europe in general, and in Spain in particular, where people were looking for cheaper transportation, while it had the opposite effect in the United States.

Just look at this video of a portion of the thousands of riders who followed the car carrying Nieto's remains to his final mass. What struck me about this video was the diversity of the machines. Sport bikes. Naked bikes, large and small. Luxury tourers and sport-tourers. Adventure bikes and dual-sports. Japanese bikes and European bikes and Harley-Davidsons. Scooters, of course. Even three-wheeled scooters. In other words, just about everything that could be considered a motorcycle.

What that means is that a guy who was famous for racing motorcycles, and for helping future generations of racers advance in their careers, drew a full cross section of motorcyclists to come out for the day and say farewell. The EFE news agency reported that about 45,000 motorcyclists took place in the caravana to see off Nieto.

When do we ever see a group like that in the United States? We are small tribal cliques, by comparison. When we do have large gatherings — say Sturgis, for example — they are far less diverse.

The United States is not a motorcycling nation and never has been. We did not turn to motorcycles in droves for cheap transportation after World War II as devastated Europe did, and we do not count on them as affordable, primary transportation as people in many crowded Asian cities still do. And that explains the intractable nature of the problems mentioned above: why the industry is so weak, why sales remain so far below what they were 10 years ago (or 40 years ago!), why MotoAmerica can't get enough fans out to support the racing talent we have and why flat-track racing is always about to make an oft-predicted dramatic resurgence that never seems to arrive.

It goes back to the basic problem I wrote about almost two years ago. There aren't enough of us and we don't ride enough. We don't have critical mass, and we compound that by dividing ourselves into even smaller factions and ridiculing what the other factions wear or ride. That explains why the problems we love to talk about here in the comments sections on our stories are so hard to solve.

So the next time you wonder why lane-splitting isn't legal or motorcycles can't use the parking garage near your office or your local dealer went under or your favorite young racer can't get a paying ride despite talent and hard work, remember a funeral in Spain with 45,000 riders. And remember, that's not us.

MotoAmerica makes its biggest changes yet for 2018, but will it work? Lance Oliver