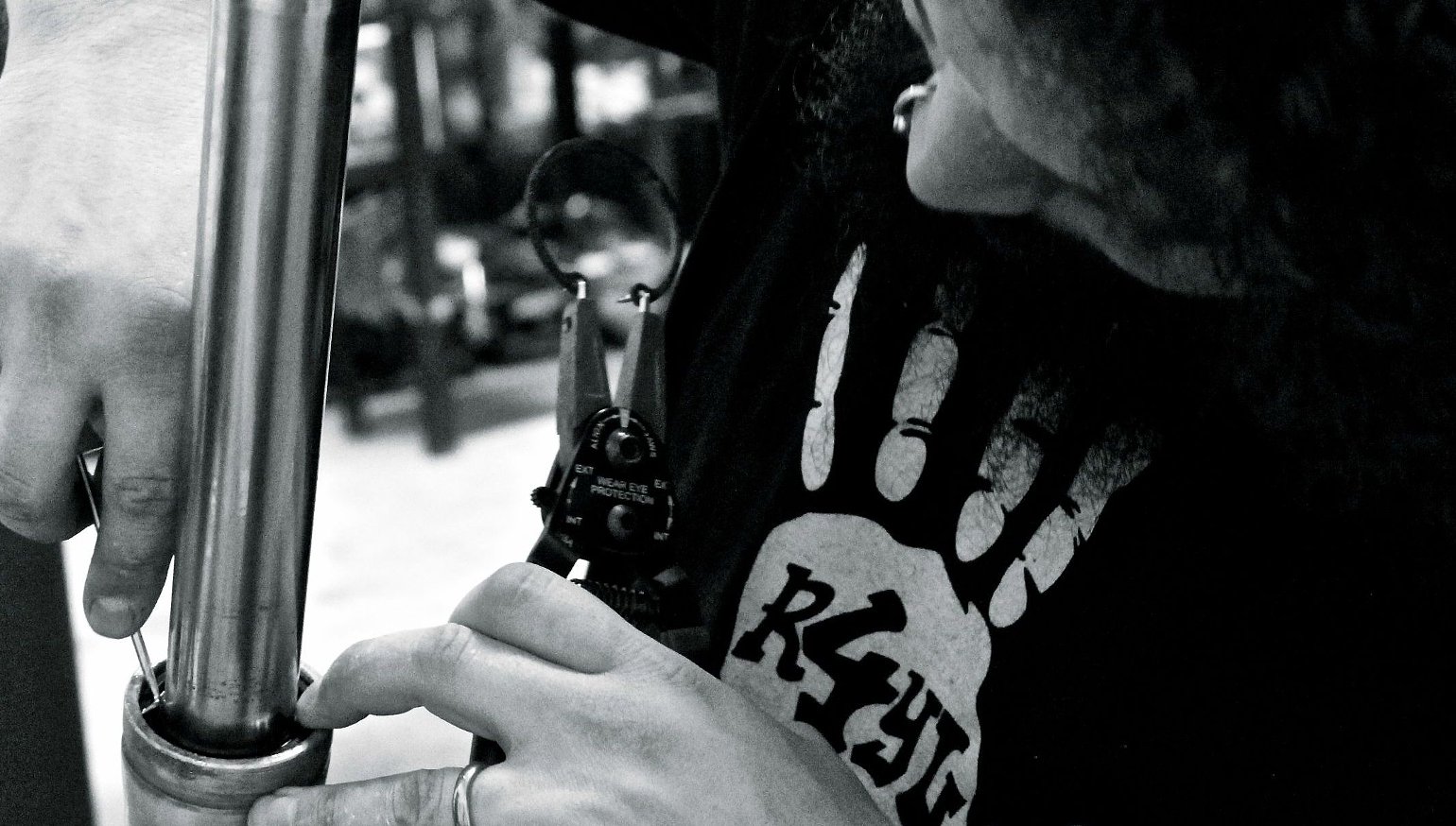 How to fix motorcycling: the hardest how-to yet

“Previously-fertile Xennials are now immune to engagement strategy. Secular erosion of core customers has shifted paradigms slightly, and in response we recommend a renewed emphasis on engagement by marketing our heritage and authenticity to outreach markets.”

Sadly, buzzword bullshit like this has infiltrated motorcycling. Motorcycle sales are hurting in the USA, and terms like those are being bandied about by marketing and advertising gurus. (I am pretty sure half of ‘em are non-riders and all of ‘em are attempting to sell this dress-up fantasy of becoming a different person only by climbing on a Brand X Motorcycle.) Both the jargon and the fantasy are shopworn. Worse yet, they are ineffective at moving units.

Hand-wringing and attempting to categorize, analyze, and monetize a group of people who just all happened to be born in a given time period is a total waste of time. I recently read an article entitled “Millennials are killing the napkin industry.” That’s right, folks, the cloak-and-dagger 20-something cabal has decided to end paper products.

I’ve kept out of this fray for a long time (Common Tread is as guilty of publishing this stuff as any other publication), but I’ve had enough. Can we all please step back and inject some sanity into the business end of selling motorcycles? It’s time motorcycling got off its ass, pulled itself up by the bootstraps, and saved itself. That does not begin with another assessment of Millennials or another retro-themed bike.

I think making non-riders aware that riding a motorcycle can be fun and rational is a good start to creating more demand for motorcycles. Even better would be taking some concrete steps to help people understand the practical portion of riding a motorcycle — and enabling them to find their own emotional impetus, rather than trying to package one up for them.

The responsibility of repairing motorcycle sales in the United States unfortunately falls to a lot of people. The American Motorcyclist Association and Motorcycle Industry Council could certainly up their games, and so could the manufacturers. Retailers like RevZilla and media outlets like Common Tread aren’t off the hook, either. And to some degree, individual riders (you and me, Buck-o) need to be motorcycle ambassadors. If you’re reading about motorcycles on the internet, odds are good you can influence someone you know who’s not as moto-crazy as you are.

I’ve always been intrigued by public relations pioneer Eddie Bernays. Some of his schemes to sell stuff were pretty underhanded, but a few were downright genius. (Read the one about the bookshelves.) I don’t style myself much of a marketing guru, but I have some ideas that I think Eddie would have conjured up to bring motorcycling to its former dominant glory. I’m gonna float a few out there, and who knows, maybe we can turn this ship around and get some asses in saddles.

Get into the real estate game

I struggle to find places to ride, like many others. I want to see dealerships buying up land. Parking lot? Retired dragstrip? Offroad, undeveloped land? Buy ‘em all! Lance tells me that big tracts of land near urban centers where access is a problem are too expensive. Fine. Let’s see some parking lots turned into minimoto playgrounds. What better way to make motorcycling accessible, cheap, and fun than some disorganized goobers zinging around little-bitty bikes? Who can’t identify with those little things? They’re adorable! Give people a place to use the product and the product seems a lot more useful.

If you look to the automotive industry, you’ll see maintenance packaged up with all manner of new cars. Individual motorcycle dealers do this, but to my knowledge there is no manufacturer who has some sort of maintenance package built in with the price of the bike. Removing the fear of unforeseen maintenance and repair costs removes a concern related to purchasing.

If America is going to treat motorcycles as an optional luxury, then why not extend the service concept and make ownership painless? Mobile mechanics and bike pickup/dropoff services remove an obstacle to purchasing a bike. (Perhaps a perverse inversion of the Servi-Car and its mission would be apropos at this point in time!) If motorcycles are seen as less necessary than a car, then they should be easier to own.

The Milwaukee Journal-Sentinel recently reported that Harley-Davidson is trying to “wake up” 8 million Americans they’re calling “sleeping license holders.” Effectively, they’re going after those who exited riding due to changing family characteristics, finances, employment, or disinterest, as well as those who obtained a license but never purchased a bike. I think this is a great idea. Obtaining a license and actually learning to ride are both significant barriers to entry. These individuals are, to me, ripe for converting into motorcyclists. To put things in perspective, that number of “could-ride-ers” is roughly equal to the number of all motorcycles registered in the United States.

Sell to those already awake

Those sleeping riders might buy a motorcycle. Existing motorcyclists will buy a motorcycle — it’s just a question of when. Why not sell them a different type of motorcycle than the one they have? I’d love to see BMW make their Offroad Riding Academy available to people who recently bought a street bike from them. Make it free. Heck, offer anyone who took it a credit if they buy an offroad bike after taking the class.

My point is that it should be a no-brainer to try to sell bikes to people who are proven customers. Promoting the proper tools for a job is good business, and good motorcycling. The hardware store doesn’t promote hammers over sockets. Rather, they sell you a bunch of tools you need to perform a variety of jobs. A motorcyclist with two bikes isn’t as good for biz as two riders with one bike, but either situation beats one rider with one bike.

Get people into good gear

Good gear is profitable, which is good for margin. It also makes a motorcycle far more practical in inclement weather. Waterproof duds, heated gear, pinlock helmet visors, and items that flow lots of air keep motorcyclin' comfortable. Making motorcycling fun and comfortable increases sales and miles traveled, which in turn increases service performed and the rate at which bikes are replaced. Keeping riders in the saddle with good gear makes sense.

Speaking of that Servi-Car, why not bring the motorcycle back into business? If Google can have an enormous fleet of bicycles on its campus, selling a block of Kawasaki Z125 Pros or Honda Groms (or even better, KTM E-Rides!) to another hip company with large, sprawling premises really should not be that problematic. Yes, there will be some paperwork and logistical snafus, but this would be a super-high-profile way to get young, urban people who had not considered motorcycles into our world.

Find me someone who sees a Z125 Pro and isn't grinning his ass off, and I’ll find you a mannequin.

Hear me out. Motorcycles are not bad for you. Many competitive forms of riding are quite a workout. While motorcyclists do face many dangers, some of them are largely inside the rider’s purvey of control. (Excessive speed and alcohol use come to mind.) Remove those factors and the hobby becomes much more rational. I have no hard data to back it up, but I haven’t seen any texting teens while I was riding trails on my romps through the Pennsylvania woods. I also wind up getting so worn out I have trouble putting my bike into the truck. That kind of exercise is good for ya! We should, uh, tell people that. (Now would be a good time to insert that old joke about never seeing a motorcycle parked outside of a psychologist's office, too.)

The manufacturers, retailers, aftermarket, dealers, and rider groups need to come together and push this issue — and fund it. And we need to happily help them write the checks. Open your wallets, so they can open theirs. The ability to split lanes would probably make motorcycles quite a bit more appealing in congested areas. I don’t care how scary a motorcycle looks to a motorist; I usually see wistful looks in my rearview mirror as I ride between rows of ‘em.

The same groups need to get behind motorcycle content. “Bulgarian Choppers” and “Angry Bike Guy Build-Off” weren’t that great for motorcycling because they didn't focus on motorcycles or make people feel welcome to join us. There’s no dominant motorcycle content supplier right now, and that’s a shame. The OEMs are hurting. I like to think we do a nice job covering bikes here, yet still, obtaining bikes can be like pulling teeth sometimes. We try to be inclusive and make people feel welcome, but then again, we also only have so many hours and pencils. I don’t care if we handle it or someone else does; we need content showing nifty people doing cool stuff on motorbikes, and we need non-motorcyclists to see it and want to join the party.

Take Someone For A Ride Day

This is gonna be like Ride to Work Day, but a little more social. Why not have a day where we invite someone to come for a ride? Be responsible, be safe, be legal, and be friendly. Making it socially normal for one day to be on the back of a bike might be enough to change a few hearts and minds.

At some point, Auto Shop up and disappeared. Why not bring it back? And why does it have to be cars? Bikes are cheaper, smaller, and more likely to be something a kid has interacted with. (I know some minors who run motos. I don’t know many children whipping around in a Buick Roadmaster on the weekends.) If you need any convincing this is a good idea, go watch Kevin “Teach” Baas. His students love him, and with good reason. I bet a few of them ride motorcycles, and I bet I could guess who inspired one or two of them to do so.

These are some of the loose ideas kicking around in my melon, but I’m not that creative. What do you guys think? What’s the cure for the post-recession doldrums? I think some practical solutions to common sticking points beat another Millennial moodboard sesh. One thing is certain: Something has to change if we’re going to Make Motorcycling Great Again, and we are responsible for making that happen. All of us.

Or we could do nothing and see if a Chopbobbler Cafe Scrambler with Authenticity and Heritage would sell well.

State of the industry: Three takeaways from the Powersports Business webinar Lance Oliver