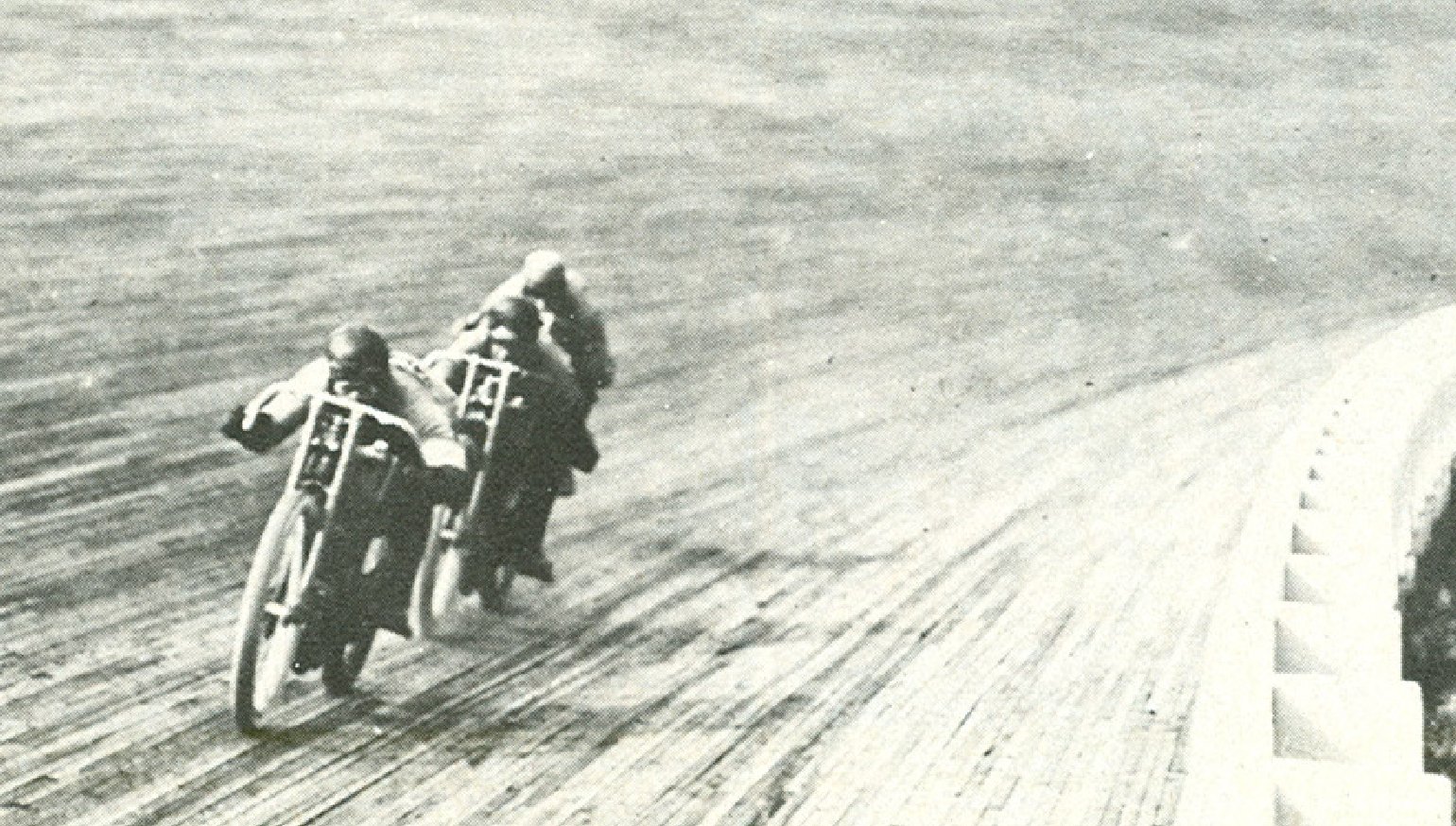 Video: Board track, the 100+ mph sport of no brakes, no armor, and splinters

It’s said that motorcycle racing began as soon as the second motorcycle was finished. They probably started working on a track the very same day.

One type of early American motorcycle racing borrowed heavily from bicycle track designs of the day, which used oval tracks with steep banks and wood plank surfaces, plus large grandstands for spectators. Board tracks, also called motordromes (what a terrific word), enjoyed enormous popularity in their time. Here's some footage from 1921, which is pretty late in the game for board tracks but quite early for video recording.

The first full-size board track, the mile-long Los Angeles Motordrome, was built in 1910, and the sport remained popular for about a decade. Here in Philadelphia, we had one of the country’s more famous tracks at Point Breeze. Later tracks grew up to two miles long, some with 50-degree banks! Most tracks were about 45 feet wide; dramatic passes became a hallmark of board track racing.

Board track was widely regarded as the deadliest form of motorcycle racing. The 1,000 cc race bikes of the day could approach or even exceed average lap speeds of 100 mph! However, riders wore hardly any protective gear, the bikes didn’t have brakes, chassis/tire technology was still very primitive, and the total-loss engines of the day left plenty of oil on the track. Even a minor spill could send a rider skidding across the two-by-fours, potentially filling his skin with splinters until he came to a stop. Most riders were wearing sweaters, leather pants, and football-style helmets.

Who could look away from the spectacle? Crowds of 10,000 or more showed up to watch at the height of board track racing’s power… and that’s when the U.S. population was a third of the size it is today. It was the right kind of racing at the right time. Motorcycles were still relatively new, tracks were relatively cheap to build (compared to paved tracks), and brands like Harley-Davidson and Indian were willing to invest their R&D dollars into their teams, resulting in better bikes and closer races. If they’d spent a little more on better tracks and protective gear, maybe board track racing would have lasted longer. The tracks were not cheap to maintain, and as the wood splintered, deteriorated, and soaked up more oil, the quality of the surface would only get worse.

The wooden motordromes came and went within a relatively short period of time, mostly due to safety concerns for both racers and crowds. Some started calling them “murderdromes." Crashed bikes would occasionally launch into the crowds or knock structures over, causing injuries, fires, and even spectator fatalities. Maybe exciting at first, but after 10 years or so, public interest drifted from board track racing to other kinds of events that didn’t kill folks in the stands. Here's a more in-depth look at the rise and fall of board track racing.

The brief and violent board track era dovetails with some awfully significant stuff, like the Harley/Indian rivalry, American “turn left” racing, V-twin engine development, and the rise of Grand Prix racing. I’m just glad the movie camera was around then, too. 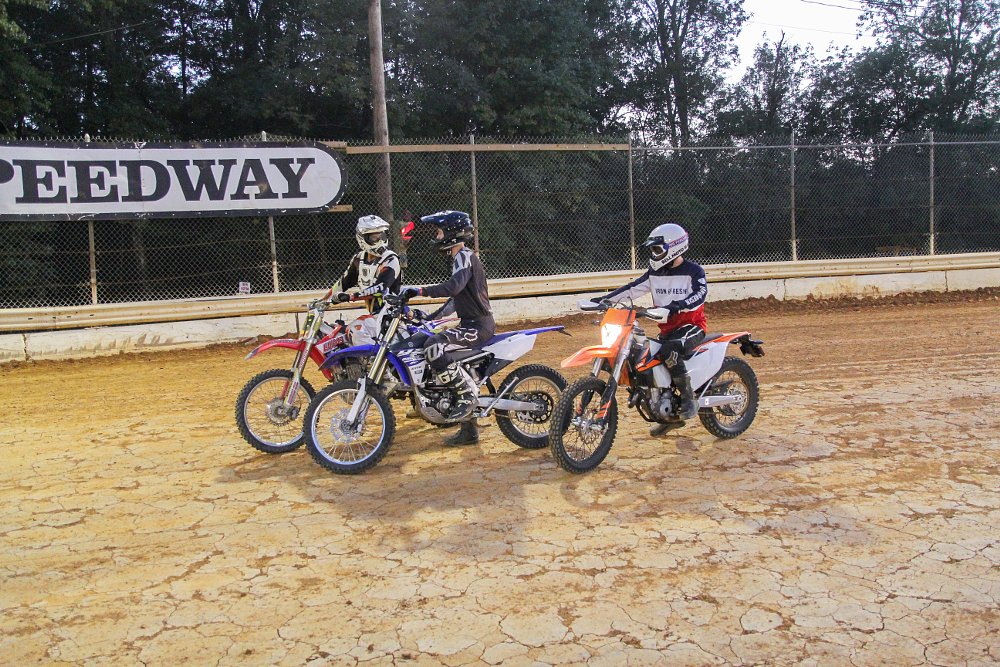 How not to learn flat track Chris Force