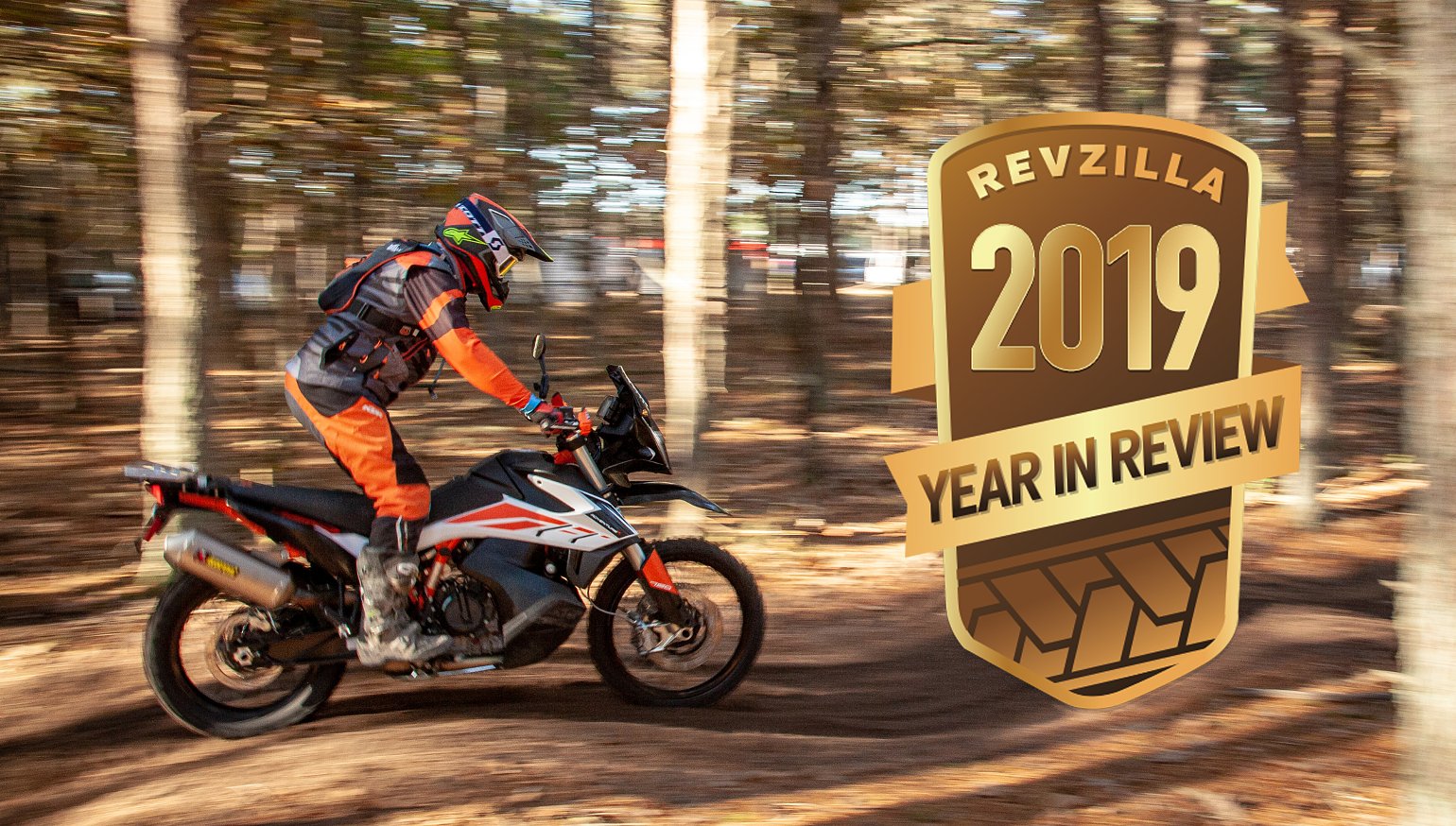 Every year we make predictions. Usually, we get maybe half of them right, at best. So don't bet the farm, is what I'm saying. (What the lawyers would say: "...may contain forward-looking statements that involve risks, uncertainties, and assumptions..." blah blah "...risks that could affect financial results ..." blah blah "...assumes no obligation..." blah blah.)

The new Harley-Davidson Pan America and Bronx will be overpriced compared to the competition in their segments. I recently shot the video above about seeing Harley’s two new 2021 models, the Pan America and the Bronx, at the International Motorcycle Show. As I said in the video, I believe Harley-Davidson is smart to introduce new motorcycles into two of the strongest segments in motorcycling today. I also stated that if Harley wants to compete, the Pan America needs to be somewhere around $20,000 and the Bronx needs to be sub-$15,000. However, I’m predicting the Pan America will top $30,000 in premium trim and the Bronx will reach upwards of $18,000 for the top-of-the-line version. I hope Harley proves me wrong, for their sake, because at those prices they’re not going to be able to compete with established brands in these segments.

ADV craze finally cools. Around these parts, I’m the “Adventure guy” and it’s a role I’m happy to play. I love big Mad Max-looking bikes that can tackle a little bit of everything. That being said, I think we’re starting to see market saturation. I think the Yamaha T7 and KTM 790 will attract some buyers, but what about the new Honda Africa Twins and Triumph Tiger 900s? Will Suzuki V-Strom 1000 owners rush to trade in their bikes for the new V-Strom 1050 (considering displacement remains unchanged at 1037 cc)? I would bet most buyers could forgo some of the 2020 models’ flash and pizazz in exchange for a screaming deal on a leftover 2019. I predict that KTM’s 1090 Adventure R will fall victim to the success of the 790 Adventure R and 1290 Super Adventure R. Overall, I think the segment will continue to be popular but it will not be reflected in the sale of new models.

Long-shot prediction: Triumph finally releases an entry-level, small-displacement model. It’s long overdue. Triumph needs a small-displacement model in their lineup. I’ve argued this point in the comments section recently, but what I really want to see is a 400 cc parallel twin in a lightweight, retro-styled, package. Call it “The Cub” and price it under $6,000. Essentially they need to bring us a Z400RS before Kawasaki does.

In my opinion, no one builds retro-styled models to the same caliber as Triumph's new Bonnevilles, Thruxtons and Scramblers. They just need a budget-friendly, entry-level drug. And I’m putting my neck out on the line that 2020 is the year we’re going to see it announced.

India solidifies its status as the new Japan. In spite of a weak domestic market in 2019, I’m still bullish on India. Triumph’s doing well enough already, but Bajaj will increase investment and help to make 250 cc to 500 cc Triumphs an aspirational brand across the developing world. Bajaj will also increase its involvement with KTM and, over the 2020s, will succeed in turning Triumph-KTM into a global "superbrand" that produces motorcycles of every type in every displacement range.

Royal Enfield will rebrand itself as RE and unveil all-new, high-tech motorcycles that definitely leave its legacy models behind (though those models will continue to be sold). India’s aggressive national plans to reduce its carbon footprint and slow the continued degradation of its environment will force all the Indian manufacturers to update their technology, but RE will lead the way with some cool electric vehicles. In the same way that Honda and Yamaha raised the bar for smaller Japanese manufacturers like Suzuki and Kawasaki, Bajaj and RE will force Hero, TVS, and Mahindra to improve their products, too.

American Flat Track riders will stage a wildcat strike. At some point in the 2020 season, AFT riders will refuse to ride on a track they deem to be unsafe. This won’t be because the facility per se is inadequate, it will be an argument about track conditions. AFT officials have a history of insisting that sessions and races run according to a largely arbitrary schedule. It’s as if they’re rehearsing for their live-TV debut. Privately, racers and team owners have told me they’re often forced to either race on unsafe or unpredictable surfaces or forego points (a decision that would usually knock any contender right out of the championship).

I’m waiting for the day when a few top guys decide to sit out a race, or at least refuse to race until AFT abandons a beloved schedule, in order to improve the racing surface.

Long-shot prediction: Ducati or BMW will demonstrate autonomous emergency steering. Sure, many experienced motorcyclists are skeptical of even automatic emergency braking. But at least one OEM will demonstrate a next-level collision avoidance system that will search for and steer into an escape zone if braking alone can’t avoid a collision.

Another legend falls. The Kawasaki KLR650 is finally gone and there was much weeping among milk crates. Regulations are increasingly hostile towards air-cooled engines. Manufacturers of dinosaur bikes can only hold out for so long.

I predict that 2020 will be the last year for another air-cooled legend, but I’m not sure which one. Could it be the Suzuki DR650S? The Yamaha TW200? My money’s on the Honda XR650L, a living fossil from 1992. And if none of those bikes are 86ed, here’s my safety net: The Honda Fury, the last factory bastion of the high-dollar chopper style, is discontinued. How is it worth Honda’s time to continue selling these motorcycles? Oddly enough, the Fury is liquid-cooled.

Zero continues to have the American electric market to itself. 2019 was a parade of unattainable and/or impractical electric motorcycles, with few exceptions. The Zero FXS remains the most compelling “real world” electric motorcycle to me. Alta and Mission are out of the game, Harley-Davidson is decidedly upmarket for now, and most other electric motorcycles I’ve seen are either a) the price of a small house and still lacking fenders, b) vaporware, or c) an actual hoax. Only Tesla could mount an assault on Zero in 2020, and Mr. Musk has sworn that his company will never build a streetbike, which means “probably won’t unless there’s a pile of money involved.” A dirt bike might be in the cards, though, according to a recent tweet.

We’ll aim to have it come out same time as truck. Two seater electric ATV designed to work with Cybertruck will be fun! Electric dirt bikes would be cool too. We won’t do road bikes, as too dangerous. I was hit by a truck & almost died on one when I was 17.

Long-shot prediction: The Márquez brothers will stand on a podium at the same time. I don’t follow MotoGP as closely as Editor Lance, as you can almost certainly tell by my outrageous prediction that the Márquez brothers will share a podium at some point in 2020. I have no real stake in this one, and I’m not even a Márquez fan. I want this mostly for the show Alex will have to give when he tries to get there. What’s another F for my record?

Out with the old and the odd. Like Andy, I expect another dinosaur to die, and I'm going to be more specific and predict the Honda XR650L will end its long run. (Unlike young Andy, I personally remember when it came out and was the hot new thing.) Beyond that, the Yamaha Niken will quietly leave the party (Or has it already gone? Did anyone notice?) and Polaris will drop the Slingshot for 2021.

Roadracing roundup. Let's see how many of these I get right. Marc Márquez finishes 2020 tied with Ángel Nieto for third on the list of all-time grand prix victories. Cameron Beaubier wins his fifth MotoAmerica Superbike title (and doesn't even need the Hail Mary come-from-behind theatrics of 2019), putting him second on the list of AMA Superbike championship winners and within striking distance of Mat Mladin's seven titles because, like Mladin, he's not young and inexpensive enough to get a desirable World Superbike offer. In his World Superbike rookie year, Garrett Gerloff's best race finish will be a fourth place and the real test will come in his second year, as it did in MotoAmerica Superbike. (And I have no clue what Álvaro Bautista will do in WSBK on the new Honda, but I can't wait to see.)

Long-shot prediction: Cycle World ceases print publication. I'm old enough to remember when the magazine was huge and its demise was unthinkable. It's not unthinkable any more. 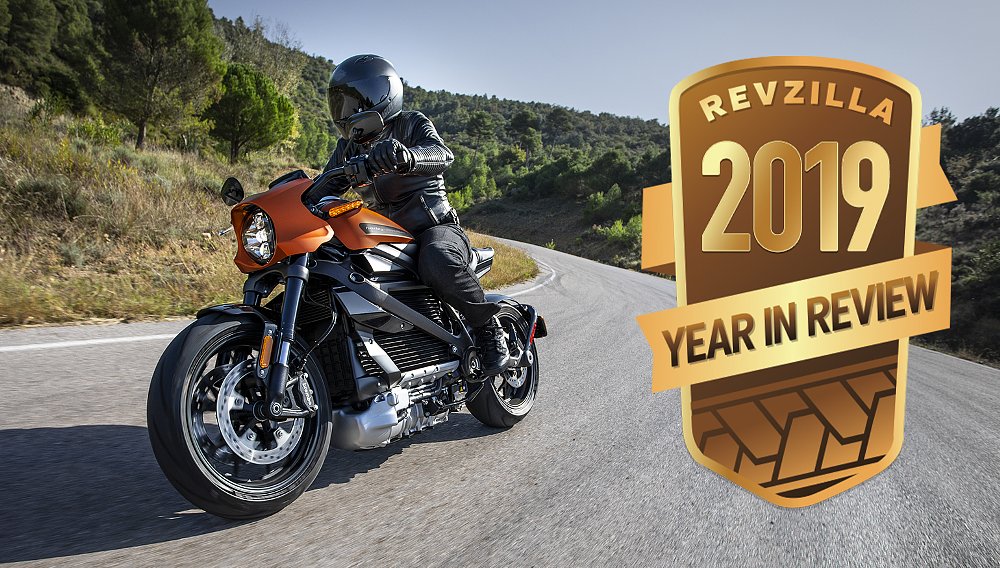 2019 predictions report card: What we got right, what we got wrong Lance Oliver 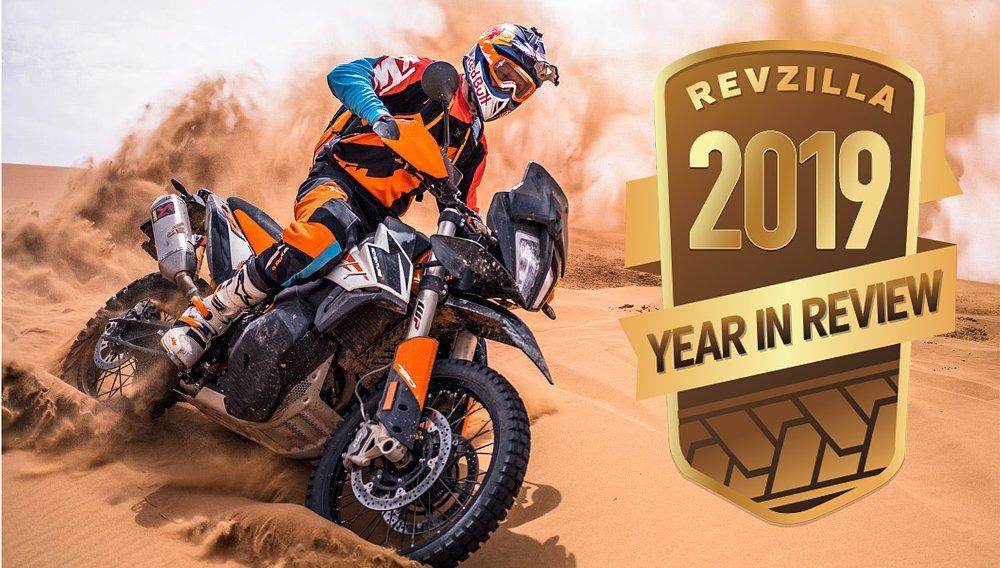 The best and worst trends in motorcycling in 2019 TeamZilla 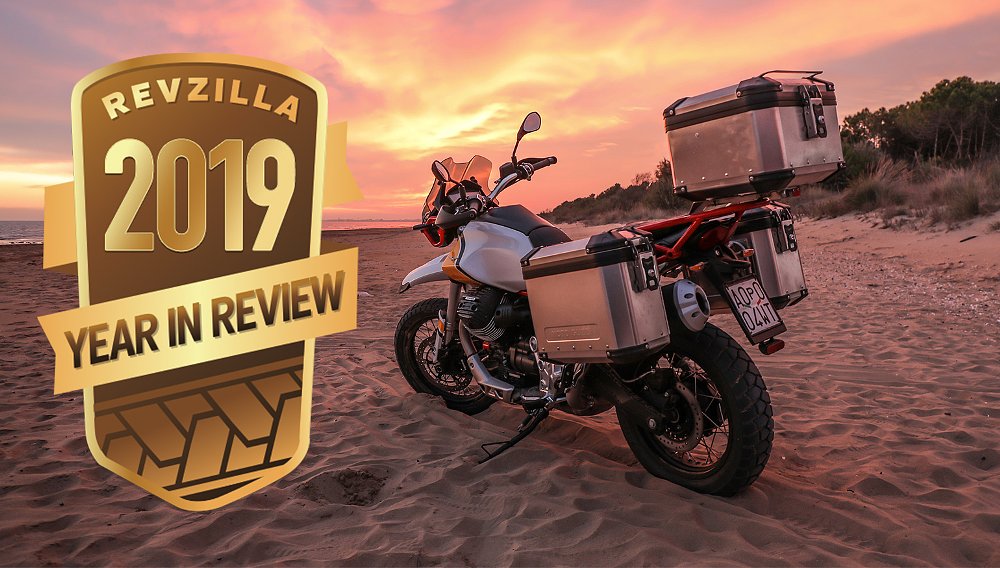 Our favorite motorcycles of 2019 Lance Oliver 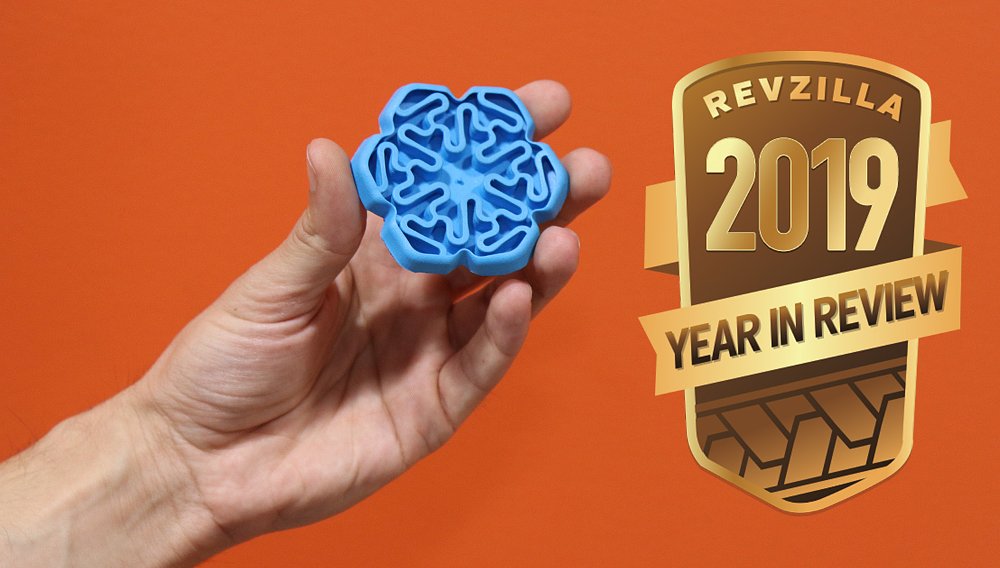