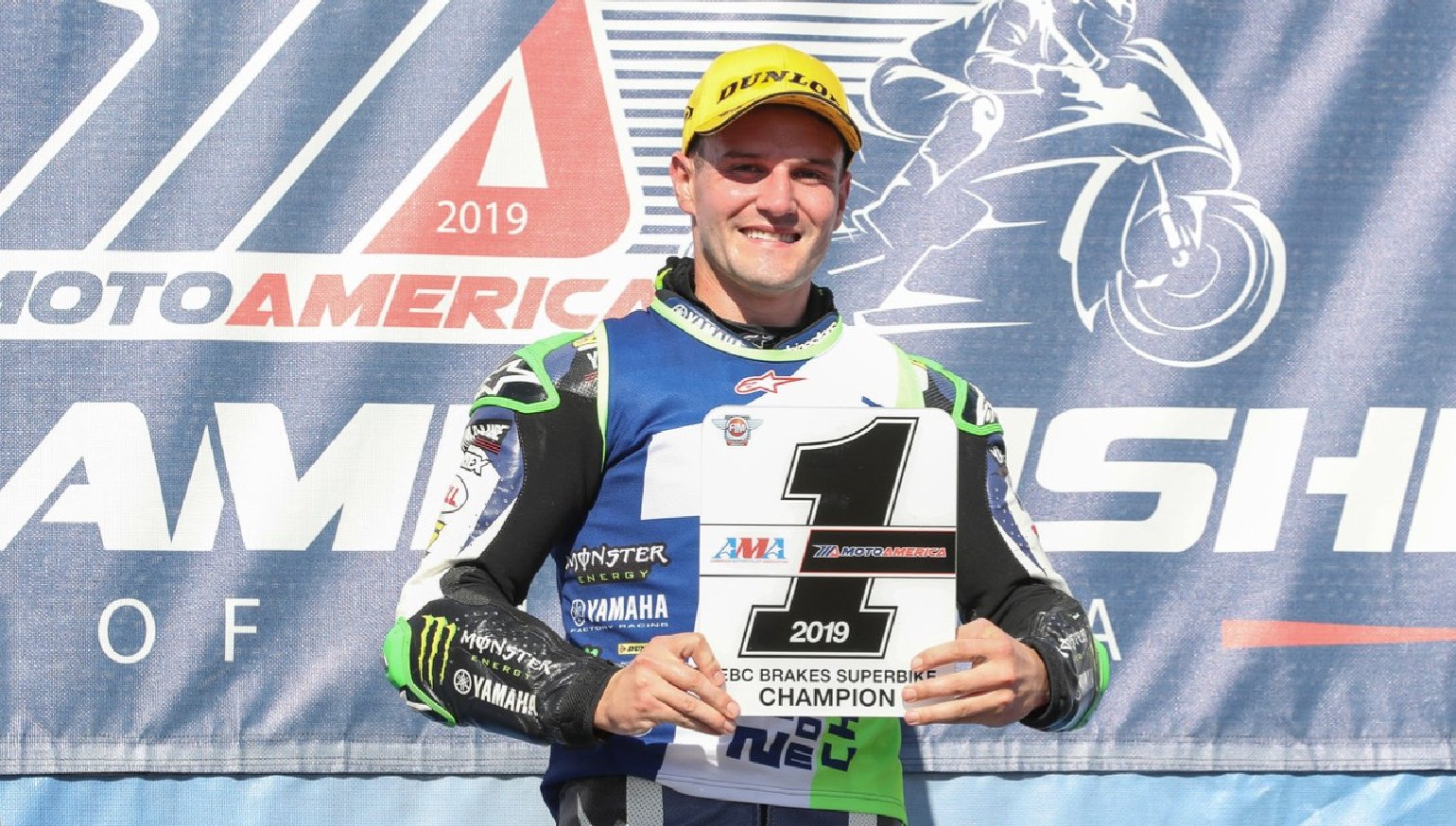 Beaubier comes back from 59-point deficit to win MotoAmerica title

Cameron Beaubier won his fourth MotoAmerica EBC Brakes Superbike title Sunday at Barber Motorsports Park and confirmed a few sports cliches along the way. Cliches like "never give up" and "it's not over til it's over."

Those trite sayings stick around long enough to become cliches because they contain a nugget of truth. Just six weeks ago, after race one at Sonoma Raceway, which ended for Beaubier in the gravel trap after a crash on the third lap, Yoshimura Suzuki Factory Racing's Toni Elias had a 59-point lead with just seven races left. It had to be over, right?

It wasn't. The next day, Elias crashed while Beaubier began a streak of first, second, second, second, first, first and first finishes to win the championship over Elias by five points.

While Beaubier and the Monster Energy Yamalube Yamaha Factory Racing team gelled, Elias and Yoshimura struggled. In the last four races, at New Jersey Motorsports Park and Barber, Elias finished fourth, fourth, third and fourth. He was clearly not comfortable on the bike as the team struggled to find the right setup for his GSX-R1000. Any time Elias crosses the finish line 18 seconds behind the winner, you know something's not right.

Elias, the 2017 series champion, in a post-race interview with TV pit reporter Hannah Lopa, admitted disappointment with the way the title slipped through his hands again, but added, "It's not the first time I lose a championship."

"We did all we could. There was no more there," said Elias. "What makes me calm inside is we gave 200 percent."

In addition to giving Yamaha another MotoAmerica title, Beaubier also gave his veteran crew chief, Rick Hobbs, the perfect retirement gift. "He's been a huge key, if not the key, to these four championships," Beaubier said. "I'm really going to miss that guy. This one's definitely for him."

What Beaubier needed to do to win the championship at Barber was win the two races and have his teammate, Garrett Gerloff, finish second, forcing Elias back to third. That's exactly what happened in Saturday's race and it seemed likely to happen again Sunday, since the two factory Yamaha YZF-R1s had the best pace. But the deciding race was still full of drama. On the start, Elias' Yoshimura teammate, Josh Herrin, challenged Beaubier for the lead and Beaubier ran wide, briefly running off the track and falling back to sixth.

Beaubier set about the task of passing his way back to the front while Gerloff disappeared in the lead. He passed Elias the next lap and then got by Schiebe Racing's Jake Gagne (just before Gagne's BMW S 1000 RR expired, ending one of his most promising runs of the season), Westby Racing's Mathew Scholtz, and Herrin.

By lap eight, Beaubier had caught up to Gerloff in the lead, and Gerloff didn't give his teammate a fight. He eased a bit wide, Beaubier slipped underneath in the turn and acknowledged his teammate with a waggle of his left foot off the footpeg. From there, Gerloff followed Beaubier all the way to the finish, essentially protecting his six, though nobody got within 10 seconds of them, so there was no real protecting to do, except be sure to collect the second-place points.

Gerloff wasn't the only guy being the good teammate. Herrin fell back behind Elias, moving Elias up to third, and tried to make it hard for the riders behind to pass. But Herrin eventually ran off the track after a mistake and Scholtz got past Elias to finish third and make it an all-Yamaha podium.

The intervention of teammates is something that some motorcycle racing fans dislike. But it's hard to say the outcome would have been different. Many permutations were possible. Gerloff clearly didn't fight Beaubier for the win, but Beaubier had the pace to potentially win under any circumstances. Herrin clearly tried to block for his teammate, but in the end, it made no difference.

There are so many ways it could have gone differently. If not for an unusual mechanical DNF at Pittsburgh and a morning practice session crash that prevented him from lining up for race two at NJMP, Gerloff would have been as much a contender as his teammate, and he would have been fighting for the victory and the title at Barber. Since his breakthrough first Superbike win mid-season at WeatherTech Raceway Laguna Seca, Gerloff had the most momentum of anyone in the Superbike paddock. But in the end, he played the role of good teammate and might-have-beens are just might-have beens.

A fourth title ties Beaubier with his former Yamaha teammate, Josh Hayes, for second place on the list of AMA Superbike championships won, behind the seven of Mat Mladin. There's a truth hidden inside that statistic, however, that says something about the state of U.S. motorcycle racing today. Riders like Wayne Rainey, Scott Russell, Nicky Hayden and Ben Spies have fewer U.S. championships than Beaubier not because they weren't as good as Beaubier, but because they got chances to move on to the world stage that Beaubier has not been given. Spies, for example, won three AMA Superbike titles and then got a chance to ride for Yamaha in World Superbike, winning the world championship as a rookie. Beaubier won three and got to stay in the United States and do it all over again.

Several top riders, including Beaubier, Gerloff and Herrin, have yet to sign contracts for next year. There are questions about whether the teams that J.D. Beach in Superbike and Hayden Gillim in Supersport ride for will be back next year. It's assumed that Beaubier and Gerloff will be back on the same Yamaha factory team next year — not because they aren't prospects to move up to the world level, but because they aren't getting enticing offers to do so. As Beaubier has said more than once, it would be unwise to leave the good situation he has here for a ride with a third-rate WSBK team and go from being a winner and a champion to being a backmarker who hardly rates a mention in the race report.

As much progress as MotoAmerica has made in rebuilding U.S. roadracing, making a livelihood in this business, even for the top riders, is a precarious undertaking.

While the Superbike title provided drama down to the final race, the even tighter Supersport title fight fizzled as Celtic HSBK Racing's P.J. Jacobsen suffered brake problems on Saturday, finishing seventh. That allowed M4 ECSTAR Suzuki's Bobby Fong to lock down the championship with his fifth win of the season. Though he was pushed most of the race by Richie Escalante and Bryce Prince, in a three-rider breakaway, Fong won by nearly a second and a half at the end.

That capped an incredible display of riding through pain as Fong came back from a huge highside crash in race one at Pittsburgh to run at the front both the next day and two weeks later at New Jersey Motorsports Park, despite broken ribs and a fractured heel. Though he hobbled around the paddock with the help of crutches, he finished second in all three of those races.

Though Fong has had a long professional roadracing career, this is his first title and he credited his team and his rider coach, former champion Josh Hayes, for helping him through.

"I’ve never been under so much pressure," Fong said Saturday after clinching the title. "I felt like I was a kid again. Almost nauseous before the race and everything. I knew I had the bike underneath me to do it. This morning in qualifying, I knew that we had the pace, and I just had to ride smart and focus on hitting my marks."

Freed of the pressure, Fong went out on Sunday with a carefree, go-for-it attitude, cutting multiple laps faster than his pole-winning time in qualifying, until he crashed with four laps to go while holding a lead of nearly five seconds.

Debris on the track from Fong's crash brought out a red flag and it appeared that gave Escalante and his Hudson Motorcycles HB Racing team their first win. Escalante celebrated on the podium and sprayed champagne as an apparent winner, but later, race direction named Fong the actual winner. According to MotoAmerica, Fong got his Suzuki running and was technically competing, riding on the track, before the red flag came out. Since the results were based on the previous completed lap, Fong won despite being the cause of the red flag. Escalante's team and Jacobsen's team both filed protests but they were denied.

Roadracing World Young Guns rider Alex Dumas, last year's Liqui Moly Junior Cup champ, finished third in the final Twins Cup race of the year to win the last MotoAmerica championship up for grabs. After a slow start to the season, Dumas got comfortable with his Suzuki SV650 and won five of the last seven races to finish ahead of Draik Beauchamp, another former Junior Cup competitor, and Michael Barnes, the most veteran racer in the MotoAmerica paddock in a battle of youth versus experience. 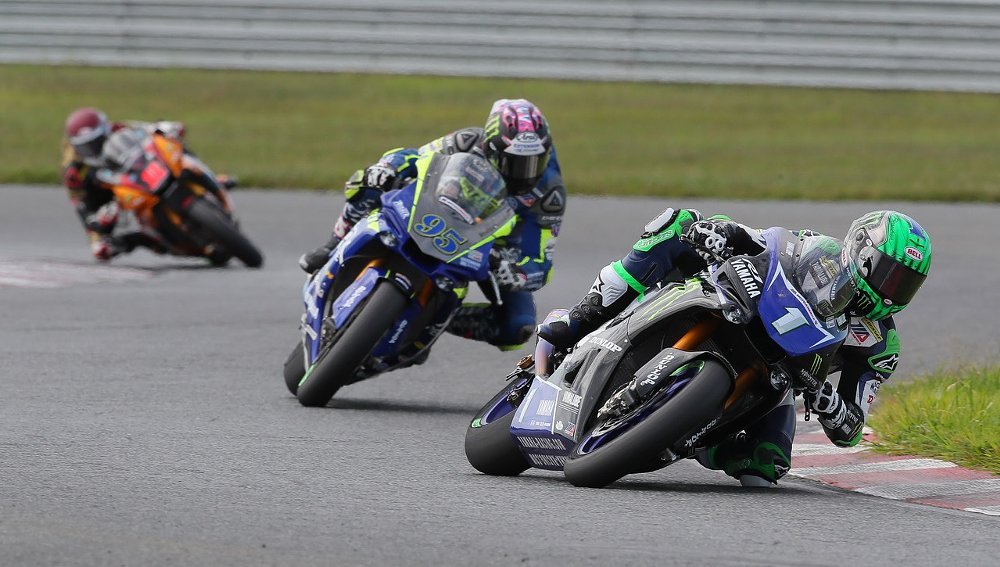 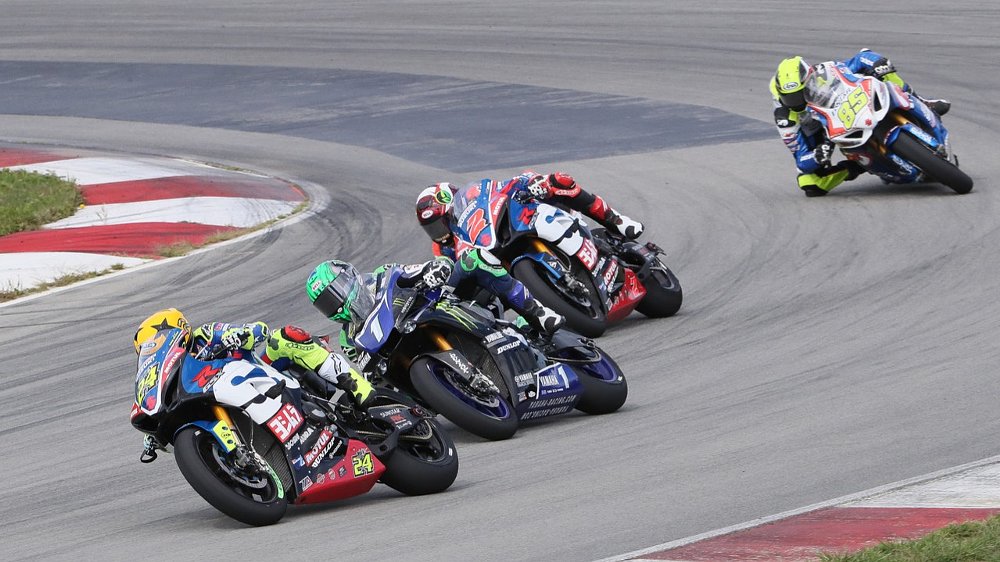 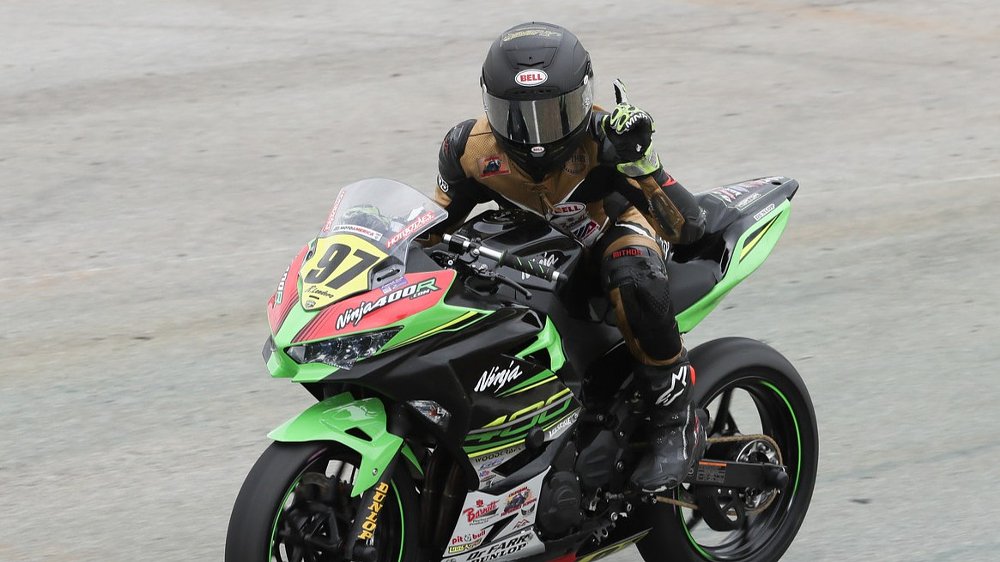 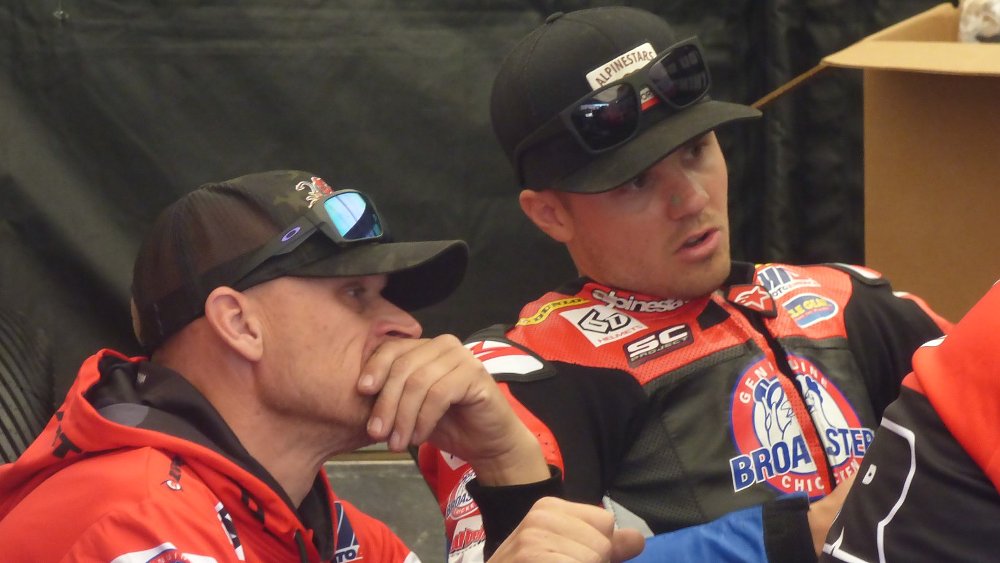 Racing against odds: Inside a weekend of highs and lows with privateer team KWR Lance Oliver