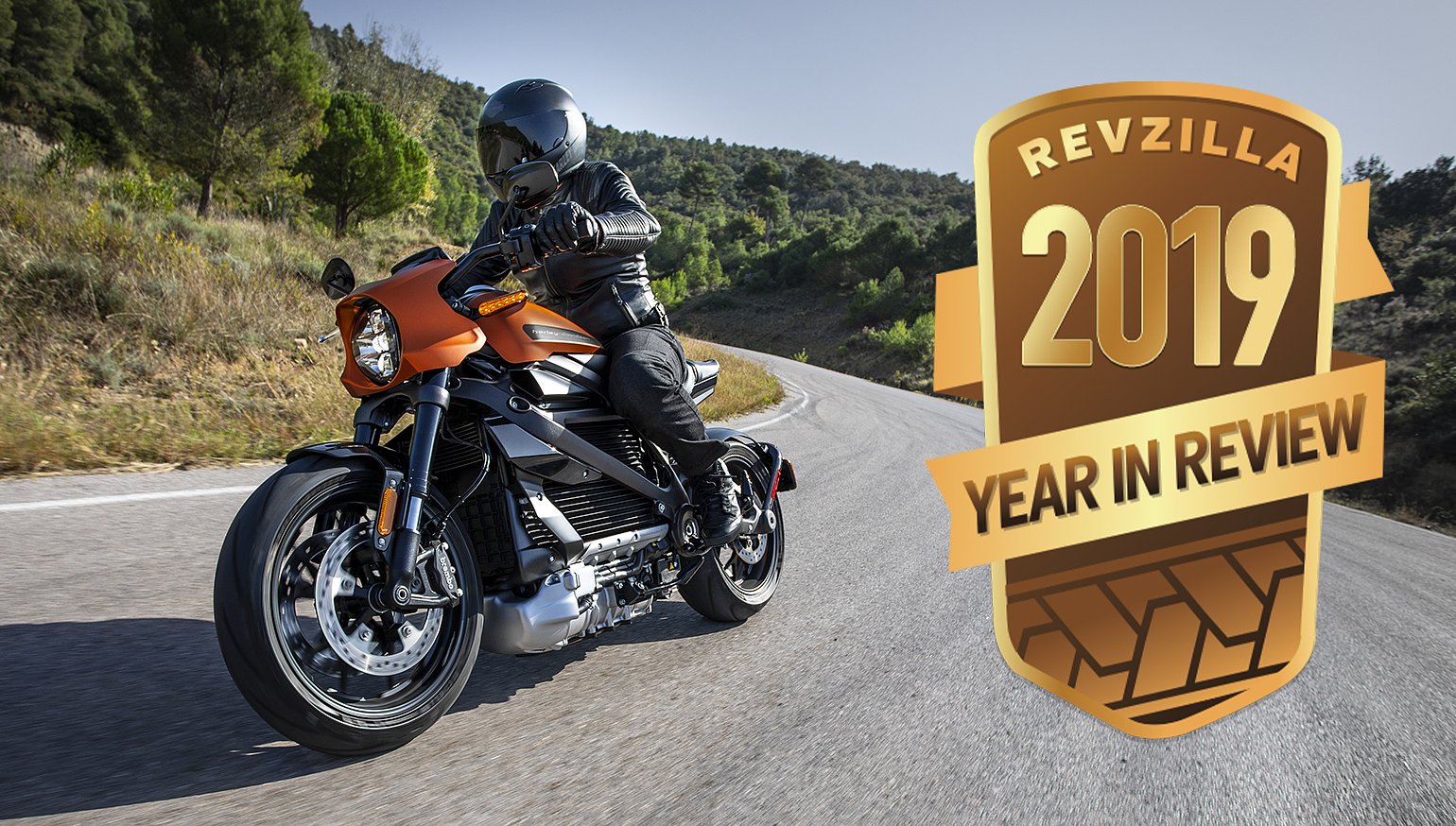 2019 predictions report card: What we got right, what we got wrong

It's that magical time of year when great wonderment is seen on the faces of Common Tread writers. No, not the holidays. I mean when we wonder "What the hell was I thinking?" after we look back at the predictions we made a year ago about what would happen in the motorcycle world.

Every year we make our predictions and a year later I go back and hand out the grade report on how we did. For 2019, the Common Tread regulars were asked to make two predictions and one long-shot prediction. Then, we also asked faithful contributor Mark Gardiner to put his prognosticating abilities on the line and give us one bonus prediction, so we'll start with him.

Prediction: 2019 will be Royal Enfield's breakout year in the U.S. and European markets.

Comment: Mark's thinking was that the new Continental GT and Interceptor twins would boost Royal Enfield's sales and that other projects in the pipeline would carry on the momentum. Verdict? Well, it's a good start. No question those bikes drew a lot of attention to the brand and, based on numbers I've seen, sales were up big in Europe (that probably qualifies as a "breakout year") and by low double-digit percentages in the United States. Royal Enfield's U.S. growth is certainly a positive, especially in an overall weak U.S. market, but I suspect it was held back by the fact that there are still fewer than 100 dealers in the entire country.

Prediction: The LiveWire will be an expensive halo bike.

Comment: Lemmy predicted the Harley-Davidson LiveWire would be a highly polished and expensive model, more about drawing attention and burnishing the brand than selling in numbers. "There is no way on God's green earth that the LiveWire runs in at under $20,000," he wrote, and I marked him down to an A- only because he underestimated. As we now know, Harley-Davidson wants $30,000 for their electric bike.

Prediction: Major revamps will come about by October.

Comment: This seemed like a safe bet with Euro 5 and Bharat Stage VI emissions standards taking effect in Europe and India. But in reality, we didn't see an unusual flurry of changes or new models this year. As we discussed in our recent Highside/Lowside podcast, it felt like less action than usual at this year's EICMA show.

Comment: Lem wondered: If U.S. motorcycle sales have been weak in a time of low unemployment and a rising stock market, what will happen in a recession? He also pointed to weakness in subprime auto loans as reason for concern. Well, a year later, a recession has not yet arrived and while U.S. sales of new motorcycles declined yet again in 2019, they didn't crash.

Comment: Andy followed the same line of reasoning as Lemmy above, based on new emissions standards taking effect. He gets the same grade, too. Despite some high-profile models, like the Ducati Streetfighter shown below, EICMA was not a particularly busy show for new releases this year.

Comment: A pretty safe prediction, but also a notable one. Andy clearly hit a nerve when he wrote about motorcycles and automatic transmissions back in the summer. His story drew more than 500 comments!

Comment: Harley-Davidson's coming out with some important and interesting new models in 2020, but none of them are named Sportster. Andy gets a D, not an F, because Harley should do something with the historic Sportster name.

Comment: It's hard to quantify exactly what "upsets the ADV segment" means, but the new KTM did sell out quickly (seems KTM didn't send that many to the U.S. market) and made an impact. So I guess Spurgeon was mostly right.

Comment: It's pretty simple: Yamaha did and Spurgeon was right.

Comment: Looking back, I now wonder why Spurgeon thought this was his long-shot prediction. Sales of cruisers over 900 cc declined 17 percent in the United States through the first three quarters of 2019 and the trend seemed to be getting worse as the year went on, with Harley-Davidson and Indian reporting poor numbers especially in the third quarter.

Comment: Even though I got the "one" part right, as Marc Márquez turned in a dominating performance to win the title, I flunked because I was so wrong on the "two" part. Things got off to a bad start right after my prediction as Jorge Lorenzo was injured in the off-season. He had the usual difficulties adapting to a bike that no one in the world can seem to win a MotoGP race on, except Márquez, and then it got worse at Assen where he had the kind of crash and injury that could easily have ended not just his racing career, but also his ability to walk or even his life. The rest of the season he was in pain, lacking confidence and struggling just to finish in the points. He retired at season's end. Man, was I wrong.

Comment: This may seem like an easy prediction, given Triumph's decision to replace Honda in supplying spec engines for the Moto2 class, but there was a time, not so long ago, when we were wondering if the race replica Supersport class in general and the Daytona sport bike specifically were headed for extinction, given the low sales in the once-popular class. Triumph came out with an up-spec, limited-edition sport bike to capitalize on its Moto2 status, however, so the Daytona name lives on.

Comment: Andy didn't, Spurgeon didn't, and Lemmy not only didn't ride the Beta, he sold it. I should be ashamed of myself for poking fun at my colleagues. Should be, but I'm not. I knew I'd get an F on this one, but it was worth it.

So much for 2019. Check back next week when we unveil our fearless predictions for 2020. 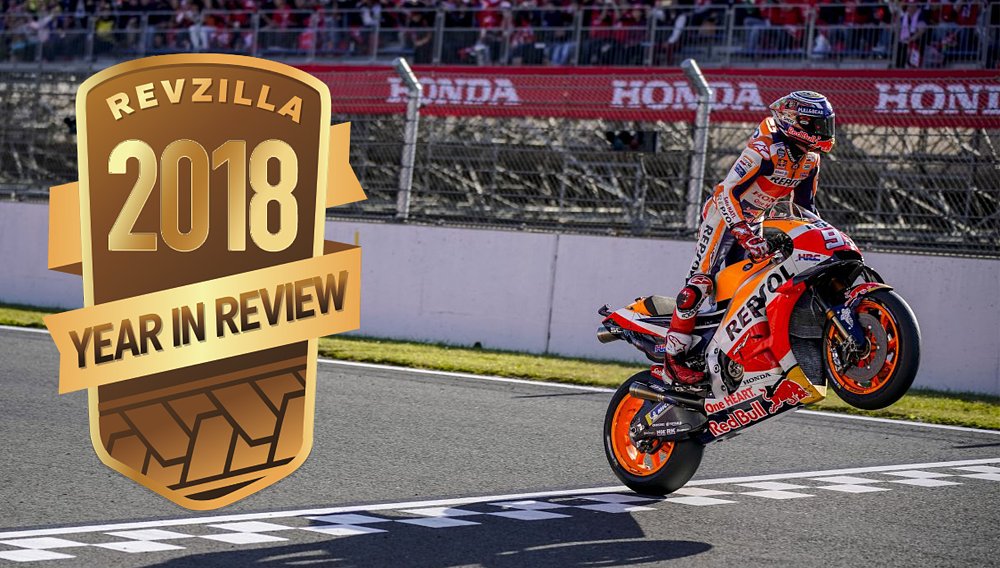