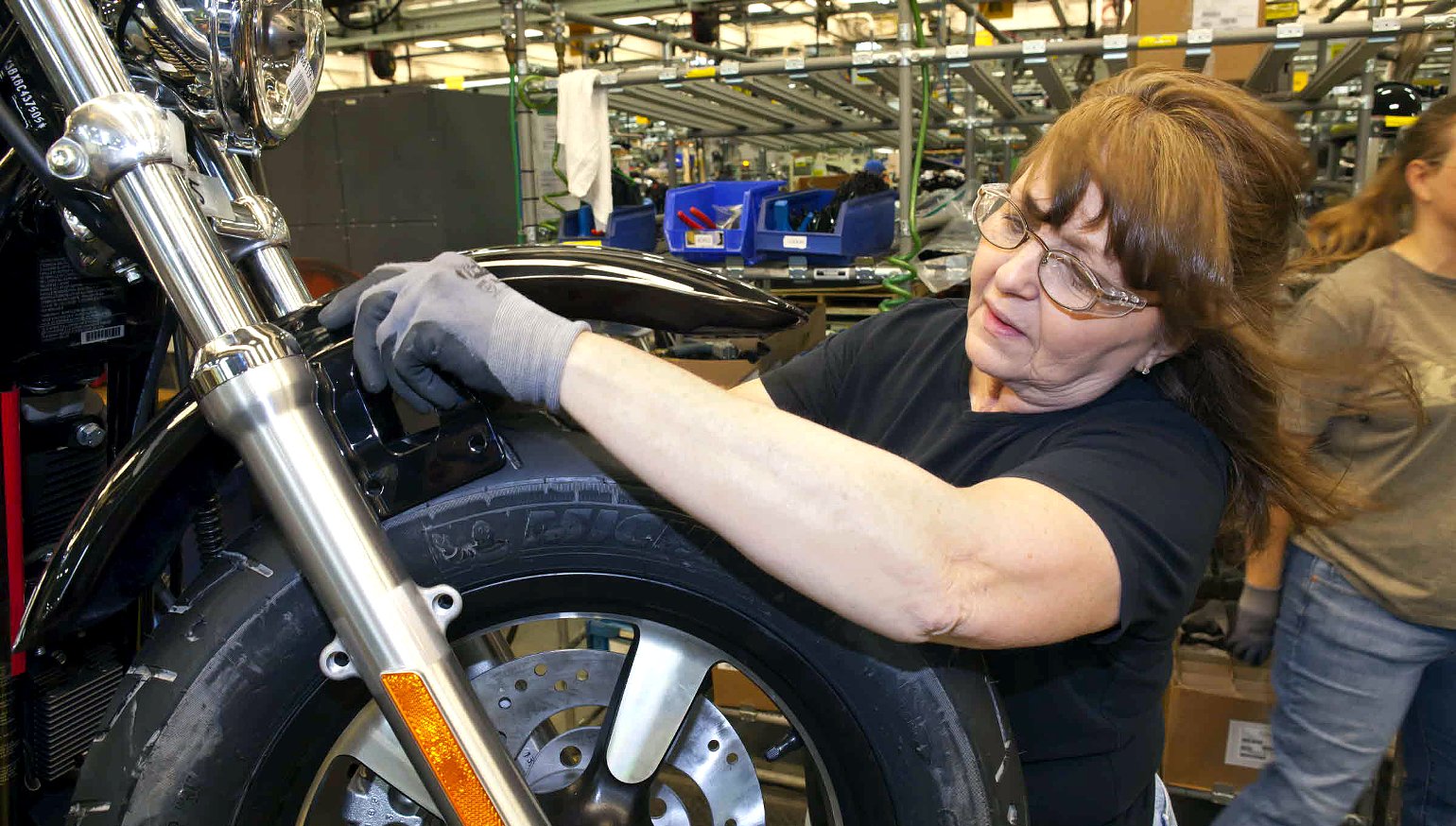 Will Harley-Davidson get caught up in a trade war?

As if Harley-Davidson doesn't have enough challenges to face, it now runs the risk of becoming a pawn in a trade dispute.

In a televised interview in Germany, Juncker said he had a list of U.S. exports that could be subject to a 25 percent tariff in response to Trump's plans, and it was almost like Juncker was focusing on things certain Common Tread staffers are fond of. In addition to Harleys, he mentioned bourbon and blue jeans, along with more predictable exports such as U.S.-made steel and agricultural products.

While countries other than the United States account for less than 40 percent of Harley's sales, they have been a source of growth in recent years while U.S. sales have been mostly stagnant or declining. Harley's goal is to increase foreign sales to 50 percent. That will be hard to do if the company's products are burdened with a 25 percent tax.

Another company that could be hurt far worse than Harley-Davidson is the North American arm of Royal Enfield, which is led by a former Harley executive. Royal Enfield has announced new models and has big plans to expand its presence in the United States, but all that could be wiped out overnight if the United States imposes a punitive tariff on Indian motorcycles. And Trump has mentioned the idea.

Of course it's not the first time motorcycles have been caught up in trade disputes. A year ago, it was small motorcycles from Europe that were the seemingly innocent bystanders drawn into an argument over beef.

The difference this time is that the numbers are bigger and the stakes are higher. Harley-Davidson is already fighting headwinds and it needs to keep increasing foreign sales to remain healthy. Royal Enfield North America has invested time and money trying to establish a dealer network as a launch pad for its new models. A 25 percent tariff imposed on Harley-Davidson by other countries would be another blow to the Motor Company, and a retaliatory 50 percent tariff on Indian motorcycles could put Royal Enfield North America out of business.

Will the U.S. really put a 100 percent tax on small European motorcycles? TeamZilla