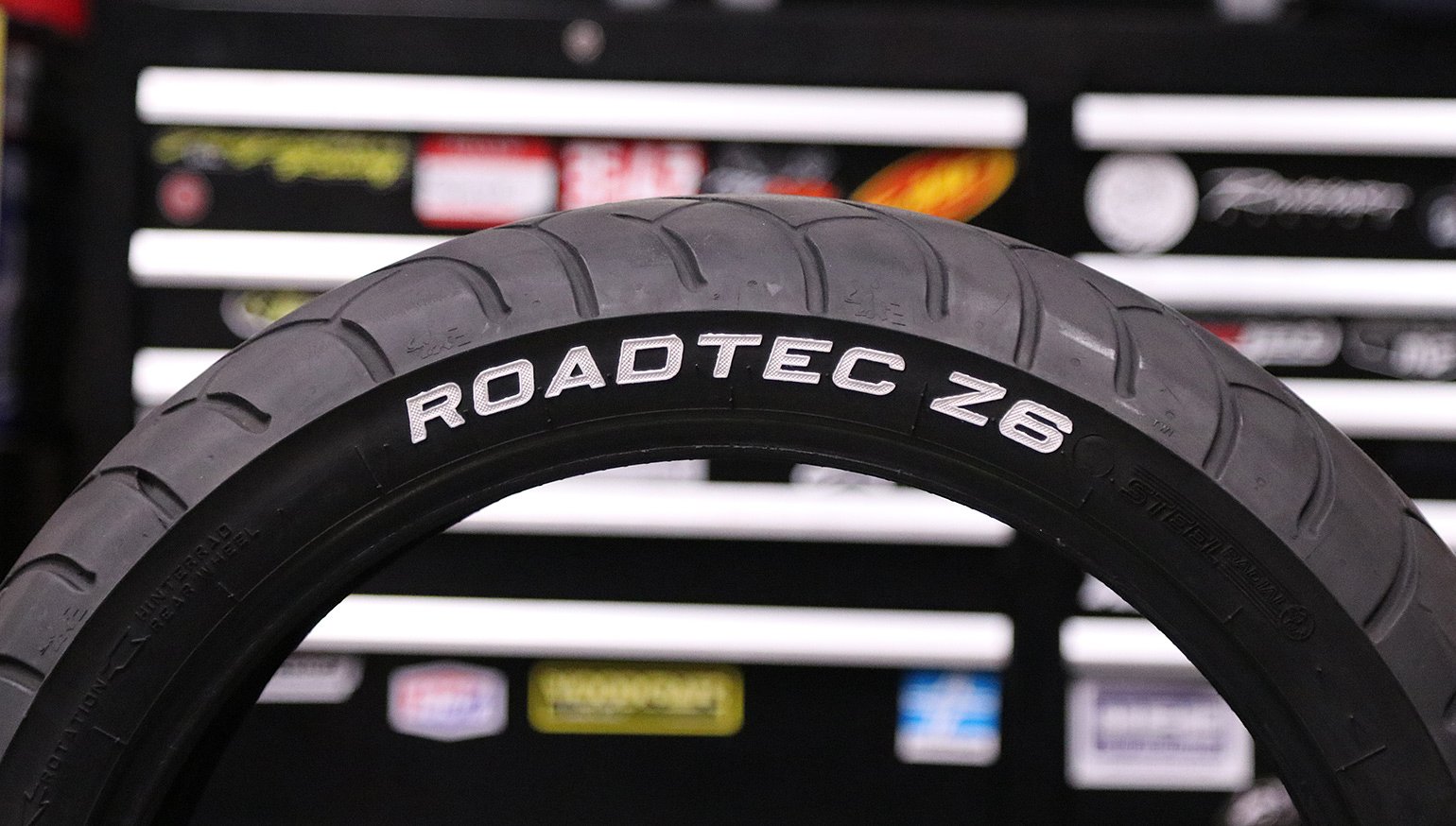 What's the deal with white letters on tires and why are they becoming popular again?

We humans like to put words on everything. Tires are no exception, apparently.

Your tires tell you all kinds of things. Manufacturer, model, size, weight rating, top speed, production date, direction of travel, recommended pressure… Some words might even appear to say it’s time for a replacement. On a modern tire, all of this will be molded into the tire itself, black on black, but tires didn’t always look this way. Look at pictures of old-school bikes and you’ll see all-white tires in the very early days, then the classic whitewalls. As time goes on, whitewalls largely disappear, with some white-letter tires taking their place. Most modern rubber is totally blacked out, yet some of today’s customizers are bringing back contrast lettering on tires.

Why did those classic tires disappear, and what’s the deal with the resurgence in tire lettering? Like much of motorcycling, the answers are a combination of engineering, style, and design.

The story starts with John Boyd Dunlop, an Irish inventor who pioneered pneumatic tires to improve his son’s tricycle. Other attempts at pneumatic tires predate Dunlop’s work, but his invention is called the “first practical pneumatic tire” or “first commercially viable tire,” as the Dunlop corporate site puts it. That’s to say he was the first to actually get somewhere with the idea. Good riddance, solid rubber tires.

Early pneumatic tires were all white as a result of mixing natural rubber with zinc oxide to increase grip. Carbon black was later added to the tread portion for better durability, leaving white sidewalls. While difficult to keep clean, wide whitewalls stayed in vogue for a while. Later, tastes changed to prefer carbon black on the sidewalls, as well. The whitewalls got thinner and thinner until they disappeared entirely. The white layer still existed under the thin coating of black rubber, which could be scuffed away to reveal the bright sidewall underneath.

Some manufacturers took advantage of the black-over-white construction to highlight their brand name. By molding raised text on the white rubber sidewall, coating it with black, and then removing the layer covering the letters, the raised-white-letter tire was created.

In the same way that whitewalls were a style, raised-white-letter tires had a following, as well. Tire companies, eager to advertise to motorsports fans, made sure their brand was clearly visible on sponsored cars. Look at some photos of old NASCAR races and you’ll see tire branding everywhere. (The same is true today.) Street tires got the look, too, and they became especially popular with muscle cars, trucks, and performance motorcycles. If you’ve owned a motorcycle from the 1970s or 1980s, it might have worn some sweet white-letter tires like the Dunlop Qualifiers, K81s, or maybe some Bridgestones. (If I had an old muscle bike or a rad cruiser, I’d absolutely shoot for this look.)

Tires with raised white letters basically disappeared on motorcycles around the same time that tubeless radial tires took over for street bikes. By the mid-1990s, showy lettering beyond the world of racing was largely gone, with a few exceptions like trucks and classic cars. Was this the end of the era?

Not even close. Whitewalls are still around, and so are white-letter tires! If you follow the custom bike scene, you’ve seen a resurgence in the use of white lettering (or other colors!) on all kinds of builds. Building a good custom motorcycle means paying attention to all the details, and more customs are using tires to make a statement or provide some visual interest. That’s exactly what Mat and Sylwester of Eastern Spirit Garage have done with quite a few of their builds.

Adding that extra touch lends a racy, old-school look to their projects, which usually look to the past for inspiration.

Tom Moose of Moose Motodesign took the idea in another direction. Just like tire sponsors splashed their branding across the sidewalls of race tires, Moose put the shop name on the tires of two Yamaha XV920 customs using some massive letters. Rather than the subtle touch of white on Eastern Spirit’s builds, Moose’s use of tire text makes a punchy, modern statement.

Is tire lettering as easy as it looks? Sure, if you’re just coloring in what’s already on your tire. I grabbed a beat Roadtec Z6 and a Tire Penz pen to try it for myself. First, clean off the tire and make sure the surface you want to write on is free of dirt, grime, or other road souvenirs. Shake the pen, and work the paint into the tire text. I found that stippling the paint onto the tire produced much cleaner results than trying to “write” the letters. Watch for wispy ends from the pen tip that could make stray marks, and keep some cotton swabs around in case you make a mistake.

I laid a base coat, then a second pass not long after. That really made the letters stand out, which may or may not be your goal here. As with any tire, the painted section will need to be touched up from time to time, depending on how and where you ride. This is probably one of the cheapest mods (that’s not free) that you can do to personalize your bike.

Tire letters have gone from simple branding to advertising to a custom touch, and just like whitewalls, I don’t think the style is going anywhere soon. If anything, motorcyclists will continue to see every part of a bike as a canvas for their own ideas. 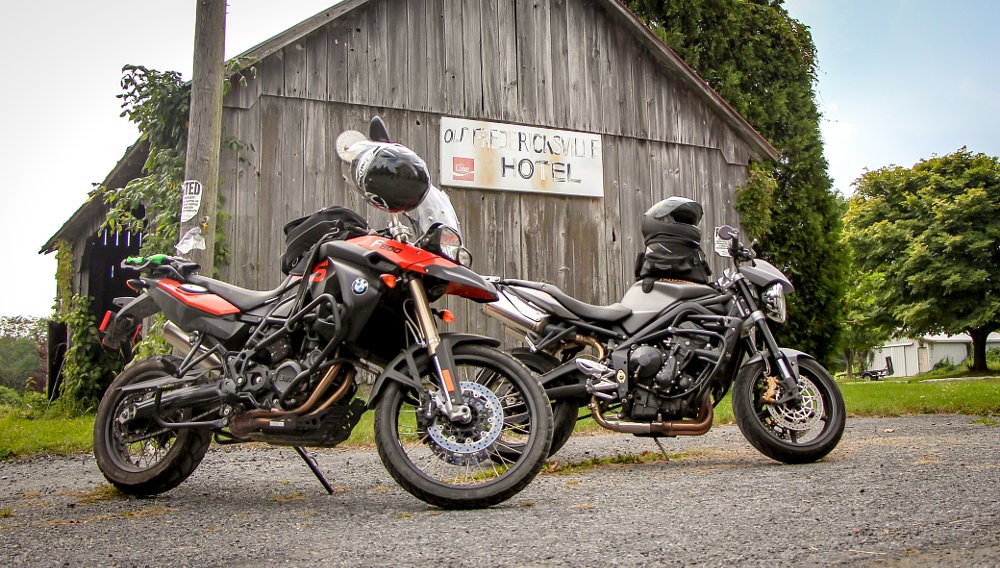 Tubed vs. tubeless tires: All you need to know Andy Greaser 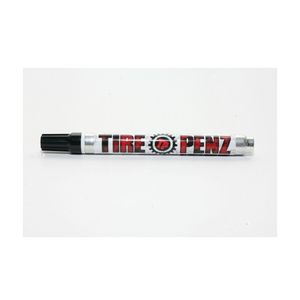