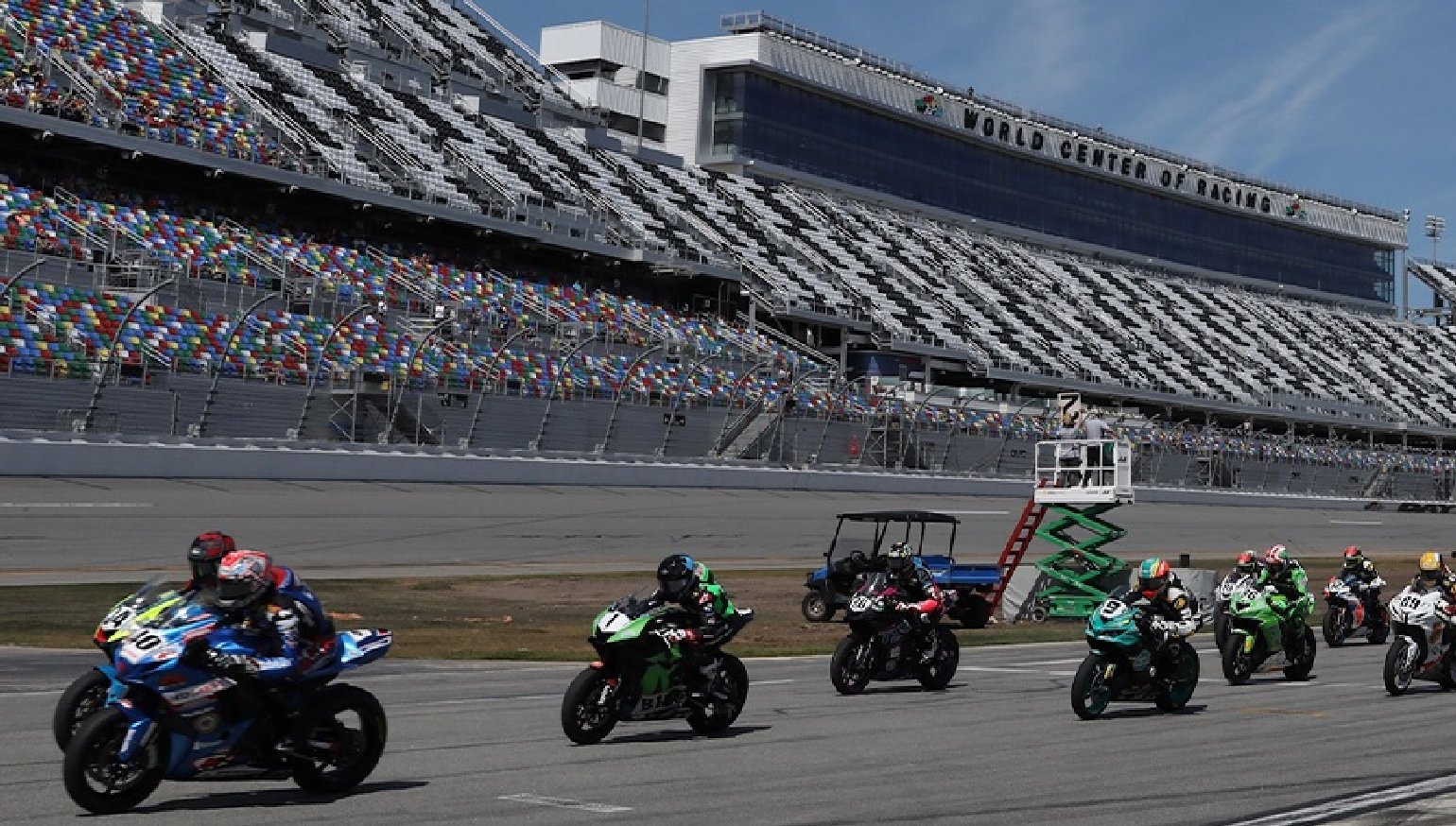 Once the biggest U.S. motorcycle race, the Daytona 200 aims for a comeback under new management

The Daytona 200 will have new management and will feature a more varied field of motorcycles in 2022, but can the once-prestigious race ever return to its past glory?

Considering how little attention the race gets today, it's easy to forget how huge it once was. In the 1970s, the biggest names in the sport would come to do Daytona as a one-off race and fans from around the world followed them for a week of sunshine in early spring in Florida.

Don Emde, who literally wrote the book on (the history of) the Daytona 200 recalls those glory years well, in part because he won the race in 1972, becoming half of the only father-son duo to win the 200. (Floyd Emde won in 1948 on an Indian Scout.)

"That was really one of the things that made Daytona, from the crowd perspective," said Emde. "All it took was to announce that Phil Read was coming, and (Giacomo) Agostini and (Mike) Hailwood and (Barry) Sheene in those years. They were chartering 747s bringing fans over for that."

Today, the 200 isn't even the biggest motorcycle race during Daytona Bike Week, eclipsed in importance, attendance and media coverage by the Daytona Supercross held a week before the 200.

Over recent years, the race was switched from Superbikes to the Supersport class, because of tire and safety concerns, which meant the fastest bikes and the best known stars were not in the 200, but rather in the Superbike race the same weekend. The Daytona 200 followed the general decline of U.S. road racing under the management of Daytona Motorsports Group. When MotoAmerica took over the remains of AMA Superbike racing in 2015, it did not include the Daytona 200 in its series. The race has since been run by the American Sportbike Racing Association (ASRA).

Two announcements last week set the stage for some big changes. First, the 2022 Daytona 200 will be run by MotoAmerica, though the race will still not be an official part of the series' Supersport championship. Also, hoping to capitalize on the thousands of mostly Harley-Davidson riders in town for Daytona Bike Week, the racing at the Daytona International Speedway will include a King of the Baggers round, the series that features highly modified baggers and has drawn a lot of attention from people who aren't normally road racing fans.

The second important change is that MotoAmerica will follow World Supersport rules to determine which motorcycles are eligible. On Sunday, World Superbike confirmed that it will expand the list of motorcycles eligible for WSS competition in 2022, though the technical regulations and list of homologated bikes hasn't been released yet. The class has been limited to 600 cc four-cylinder motorcycles, 675 cc triples and 750 cc twins, but the problem is that sales of 600s have declined dramatically and the other two configurations no longer exist in any popular street bikes. The new rules are expected to allow motorcycles like the Ducati Panigale V2, a 955 cc twin, and the Triumph Daytona Moto2 765 triple to compete in the class.

So a race that has been won by a Yamaha YZF-R6 nine of 12 times it has run under the current formula should see some greater variety next year.

That resonates with Emde, who qualified 21st in 1972 on a lightweight 350 cc two-stroke Yamaha but still won the race ahead of 750 cc four-strokes that were faster in a straight line but didn't always survive 200 miles.

"If they can broaden it to some of those bikes, that would be great," said Emde. "In the years I was riding there were so many brands of motorcycles on the track. A couple of years I was at Daytona there was 20 or more factory riders on full factory bikes."

But beyond a variety of motorcycles, Emde hopes that MotoAmerica President Wayne Rainey and his fellow principals in the organization can use their connections to begin rebuilding the Daytona 200 into a race that draws international participation. It won't be easy. Even Emde admits "It's different in a lot of ways." While in 1974 a rider like Giacomo Agostini could come to the states and win the 200, it's impossible to imagine a star of today like Marc Márquez getting approval to do the same — or even wanting to.

"Nowadays, it's not likely that somebody out of MotoGP is going to get to come over and do a one-shot thing," Emde said. "I shouldn't say it's impossible, because they were doing something like the Suzuka Eight Hours a few years ago. Ultimately, I'm hoping this will open the door, with Wayne's connections and everyone else's connections in MotoAmerica, and maybe there's a way to bring in some international riders that are from that class of racing."

In any case, Emde said he was "very happy" to hear the news that the race was going to be run by MotoAmerica. "Not taking anything away from the guys who have been running it the last few years but I just think that the credibility of MotoAmerica and Wayne will hopefully start to get it back in the right direction in terms of the prestige of it all."

"I have a lot of faith that Wayne will think things through and figure out what they can do to put some people in the grandstands."

Baggers on the high banks?

Another effort to get fans to the Speedway is the inclusion of a King of the Baggers race. The baggers races themselves, so far, have not been good racing, in strictly objective terms. There has been little close racing and in some cases, half the field of the hugely modified machines have broken down, even in a short sprint race. But the class has unquestionably succeeded at its main goal, which is drawing attention. Plus, the thousands of cruiser riders in Daytona for Bike Week have been an irresistible target for race organizers for years and the baggers race is the latest strategy to tap that potential audience.

"People come to see the King of the Baggers race and then they stick around and see the Superbikes and then they become fans," said MotoAmerica Communications Director Paul Carruthers. "That's the idea."

Will it work? It's not the first time it has been tried. In the 1990s, a spec class racing Harley-Davidson 883 Sportsters was part of the AMA Superbike series, including at Daytona. A decade ago, the AMA Pro Vance & Hines XR1200 Series was a similar effort, using much more capable Harley-Davidson XR1200s. It's hard to find evidence those efforts budged the needle on attendance at Daytona International Speedway during Bike Week. Will King of the Baggers be different?

The Daytona 200 has still supplied some great racing in recent years. This year, Brandon Paasch used a perfect Daytona slingshot move to beat Sean Dylan Kelly by 0.031 seconds at the line. But most of the racing world hasn't been paying attention.

"It's obviously a starting point," said Emde. "With MotoAmerica coming in now, it's not like anything's their fault. They're picking up the pieces, down where it's gotten to."

Emde noted this is not the first time the race has had to rebuild itself.

"Daytona has changed many times," Emde said. "When they switched over to the Speedway (from the traditional beach course), they in essence started over and you look at the crowds, '61 and '62, it wasn't that huge. It took a while. Ultimately, toward the end of the '60s, the crowds started coming around. And then the '70s, and getting into the '80s, it was huge. So it's going to take some patience from everybody." 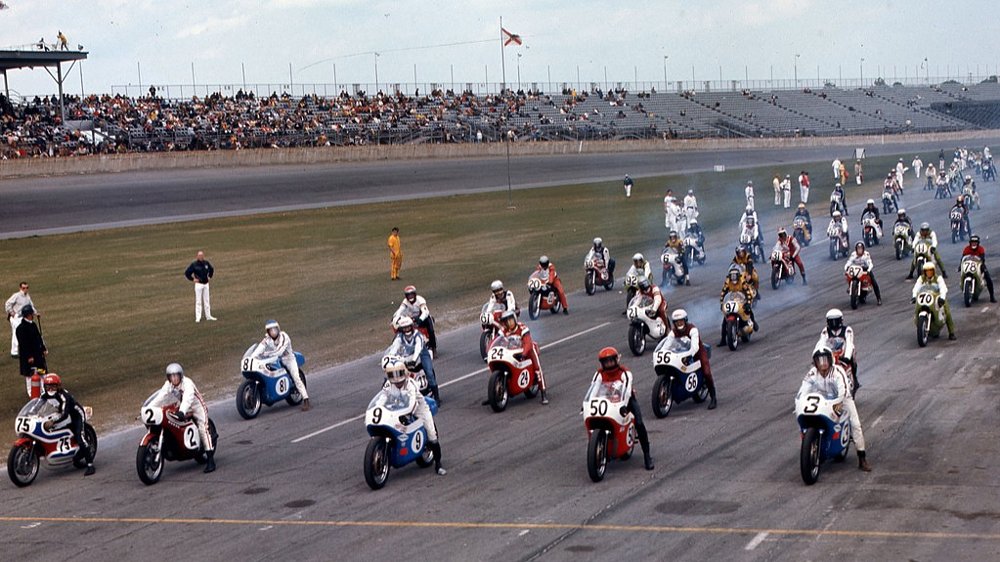 Video: How to build a Daytona Supercross track in one minute Lance Oliver