The case of the stripped case: More joys of Craigslist

Maybe I should’ve quit while I was ahead, but after buying a 1989 Honda Hawk GT last year, I kept looking at Craigporn Craigslist. And last month, another hen’s tooth showed up on the Kansas City listings: a 2007 Ducati Multistrada 1100S.

I have had a serious infatuation with the air-cooled, two-valve Multistrada since the first DS1000 model came out. In 2004, I traveled to Bologna and begged Ducati to loan me anything from their press fleet that I could use to haul me and my gear around the Alps while I researched the story of Pierlucio “Spadino” Tinazzi. Their press relations department said “Sure,” and someone led me out to the parking lot, to the ugliest Ducling I’d ever seen.

A week and about 1,000 kilometers of Autostrada, winding alpine roads, torrential rain, frost, and God knows what else later, I dropped off that bike in Bologna with about two kilos of road grit on it.

And I almost cried. It was awesome.

A few years later, I was drafted in to a sportbike comparison test for Motorcycle.com. We met up at a track day, at Streets of Willow. Our photographer arrived on… a Multistrada. Uncharacteristically, it poured rain. We didn’t have suitable tires on the crotch rockets we’d brought to test, but I decided to put a few laps on the Multi, to learn the layout of the “Streets” course.

I passed a bunch of guys on sport bikes.

Again I thought, “I love this bike.”

But I was one of the few who grew to appreciate Pierre Terblanche’s styling. It sold poorly, at least in North America. In an attempt to drum up interest, Ducati punched out the duo valvole motor to 1100, and released an “S” version with Öhlins suspension. It became one of those bikes that only a few guys owned, but those who did loved ’em. They just don’t show up on CL, at least, not in the Midwest.

Until this spring, when a low-mileage bike with hard bags and heated grips appeared on the KC listings. It ticked every box on my “one bike for all reasons” list.

The catch: I was scheduled to fly to Nova Scotia on the day it appeared. I didn’t even have time to go look at it, much less gather the cash to buy it. So I called my friend Jim — a collector and restorer who’s owned air-cooled 1100 cc Ducs — and asked him to talk me out of it. Instead, he went to look at it and emailed me in Halifax to say, “If you don’t buy it, I will.”

I wasn’t totally convinced, because it was a lot of money (all Canadians are born with a congenital case of sticker shock). But I went to meet the guy and ride his bike as soon as I got back. He seemed cool. I really liked him. He had a plausible story to explain why he’d bought it and was, quickly, reselling it. I suppose that story may even have been true. I forked over the dough. Papers were signed. I left on the bike.

I’m not sure when I came to Realization #1, that every time I put the bike on its side stand, it listed at an alarming angle. I suppose it’s possible that the seller thought that angle was normal, but the near unobtainability of the now-discontinued optional center stand did come up in our conversation.

I immediately rode around to a few friends’ houses to show off my uncharacteristically new (just 10 years old!) and seemingly (nearly) sensible motorcycle. But, when I arrived at the first friend’s house, I realized that I had to find a spot where the crowning of the road would hold the bike more upright.

“I have to be careful how I park it,” I told my friend. “It could just about topple off this kickstand.”

“You mean it looks as if it could fall over.” He chided me a little, in saying that. Like, that’s kind of a novice fear, since side stands often look more precarious than they are.

The seller threw in a crappy rear stand that will lift the Duc whenever I exert about 200 pounds of downforce on the handle (which is tricky, because I weigh 140). However, as soon as I got it up on the rear stand, I realized that the kickstand mount was loose. I tried to tighten one of the massive allen bolts that retain the kickstand mounting plate. Realization #2: It was stripped.

“That’s funny,” I thought. “If I didn’t know better, I’d think the kickstand was bolted directly to the crankcases.”

Realization #3: The kickstand was bolted directly to the cases. In the case of my bike, barely. One of the two holes was completely stripped, and the other bolt was inadequately torqued, to the point where I could easily move the kickstand mounts by hand, with visible side-to-side play on the front bolt.

Realization #4: I literally could not use the bike until this problem was fixed, because once those steel bolts start rocking and rolling in aluminum cases, there’s a real risk of catastrophic damage.

One of the best things about being a dumbass motorcycle journalist is that I frequently publish errors. People who actually know shit then e-mail me to correct me. After years of collecting those emails, I have a big list of subject experts. I reached out to a few of them to ask about repairing the damage.

John C is a Facebook friend who, judging from his Ducatiphyllic posts, is pretty well connected in that world. I messaged him to ask if he had any ideas where I could source a center stand or even borrow one long enough to duplicate it. He volunteered that he’d had to Helicoil the sidestand mount on one of his own Ducs.

Quentin, who spent a decade or so traveling across the United States training Ducati dealer techs (and who owns a first-gen Multistrada himself) wrote me to say that it was a fairly common problem, usually fixed by drilling out the hole and putting in a threaded insert. He told me he preferred solid Time-Sert type inserts over Helicoils, and warned me to be careful, since penetrating the cases would, at the very least, necessitate a really expensive repair.

Remember my friend who first went to look at the bike while I was in Halifax? I bitched to him about mounting a kickstand to the crankcases. He found that hurtful, and pointed out that bolting stuff to the cases was “…part of Doctor T’s original concept — it goes back to the Pantah!”

“If you’re going to complain about stuff like that,” he said, “you never should’ve bought a Ducati in the first place.”

I had to admit, he had a point.

Last, but not least, I called my friend and noted Vincent restorer Stephen Pate, who told me that his favorite way of solving this problem was to ream out the hole, machine a very slightly oversize slug from aluminum billet, freeze it, press fit it into the hole, and then weld around the perimeter of the slug.

“That way,” he explained, “you get to drill and tap into billet.”

When you typically work on six-figure bikes, your idea of what constitutes a reasonable repair shifts.

Two things irked me about this problem: The first was that stripping those kickstand mounting holes is obviously a known issue. A smart guy could’ve negotiated a lower price. The second was the suspicion that I’d been played by the seller, who pointed out a few far more minor flaws.

In the manner of a CSI investigator, I removed the left footrest hanger bolts, which allowed me to pivot the hanger and footrest out of the way and remove the kickstand mounting plate to expose the bolt holes. It became clear that at some point in the past the front bolt had vibrated out and been replaced by a shorter one. I’m still learning at this motorcycle game and one thing I learned over the last few weeks is that larger-pitch bolts (like the ones we’re talking about here: metric 10 x 1.50) are more prone to shaking out.

Anyway, the shorter bolt had stripped the hole and, judging from the crap that came out with it, been JB Welded back in place. Luckily, Reno’s Powersports, in Kansas City, had a genuine Ducati fastener in stock, and it cost (shockingly) less than a buck.

More good news was that the case, after cleaning, certainly looked repairable. I sent Stephen Pate a photo and he immediately changed his assessment of the repair’s degree of difficulty. His actual wording was, “This is a pee-pee, ka-ka, baby-level problem. Put a Time-Sert in there, Loctite the fuck out of it and you’ll never have another issue. Just put checking those bolts on your service checklist.”

“Service checklist?” I thought. “What a great idea.” Then, I remembered who I am, and I laughed.

While I awaited the delivery of a Time-Sert kit, I had a few sleepless nights mentally rehearsing a repair that would begin with me taking a large drill bit to a piece of aluminum that Ducati sells for $4,500. It occurred to me that I should probably stick a cyanide capsule between my cheek and gum, so that if oil suddenly squirted out of the Ducati’s case, I could just bite into the pill and die.

No need for suicide this time. I hand-cut it to final size and then tapped the hole. The insert went in with red Loctite, and the bolt went into that with blue stuff. (I hope that I never have to remove the kickstand mounting plate again, but if I do, I’d rather have the bolt come out of the insert than have the insert come out of the cases.)

At the end of the procedure, both bolts were torqued to the factory’s 36 Newton-meter spec and the kickstand no longer has play. I’m now another one of the Multistrada owners who’s been saved by a threaded insert, which should mean that the fastener’s now stronger than stock.

Maybe my friend’s right. I shouldn’t be mad at Ducati for bolting the kickstand straight to the cases. Still, it was frustrating to have such a low-tech, blacksmithy part fail and render the motorcycle basically unusable. In situations like this, I am not satisfied with just repairing the damage; I’m not happy unless I’ve rectified the condition that led to the damage. So I also fabricated a little aluminum spacer that changes the angle of the kickstand in order to reduce stress on the mount.

The joy of Craigslist: This is not the motorcycle he expected to buy Mark Gardiner 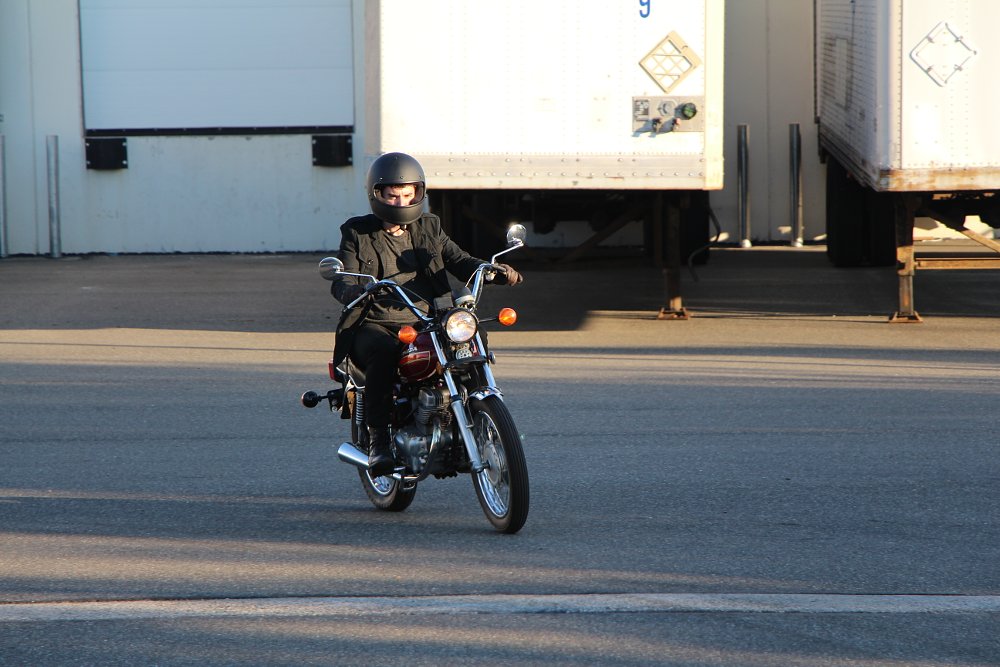 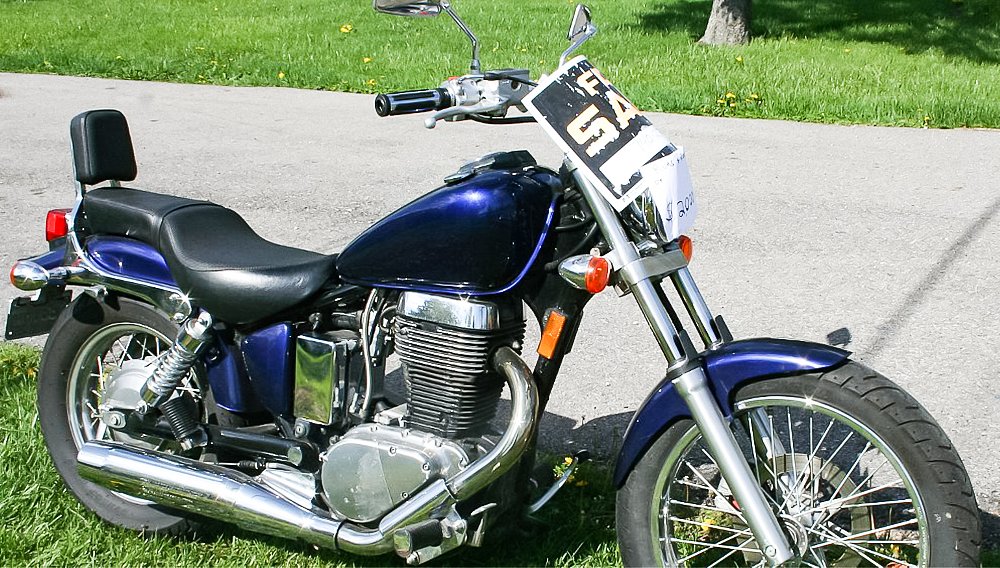 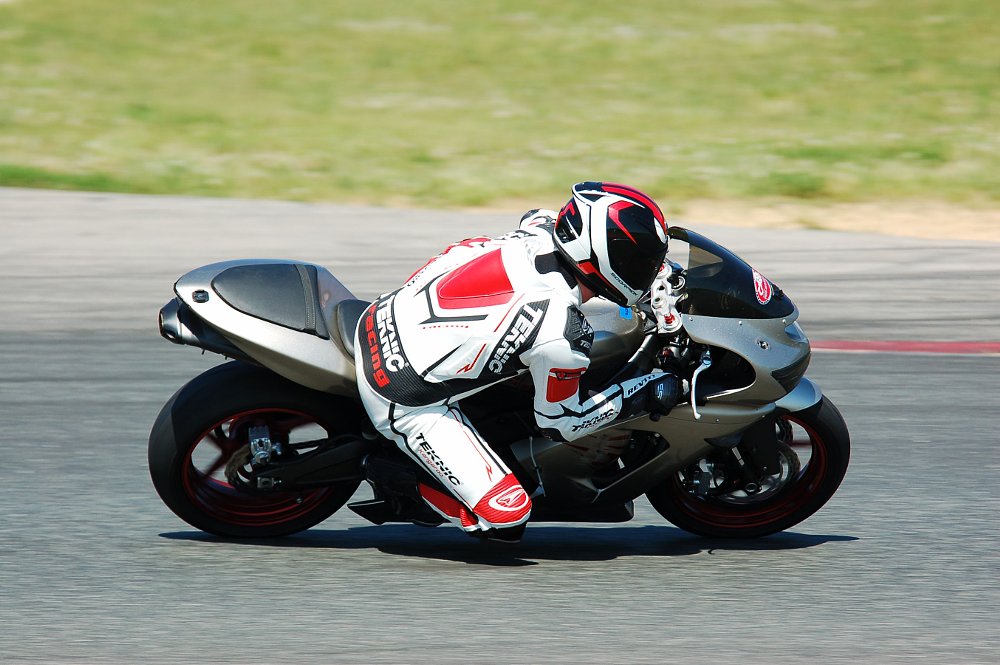 My top 10 used motorcycles for under $5,000 Spurgeon Dunbar