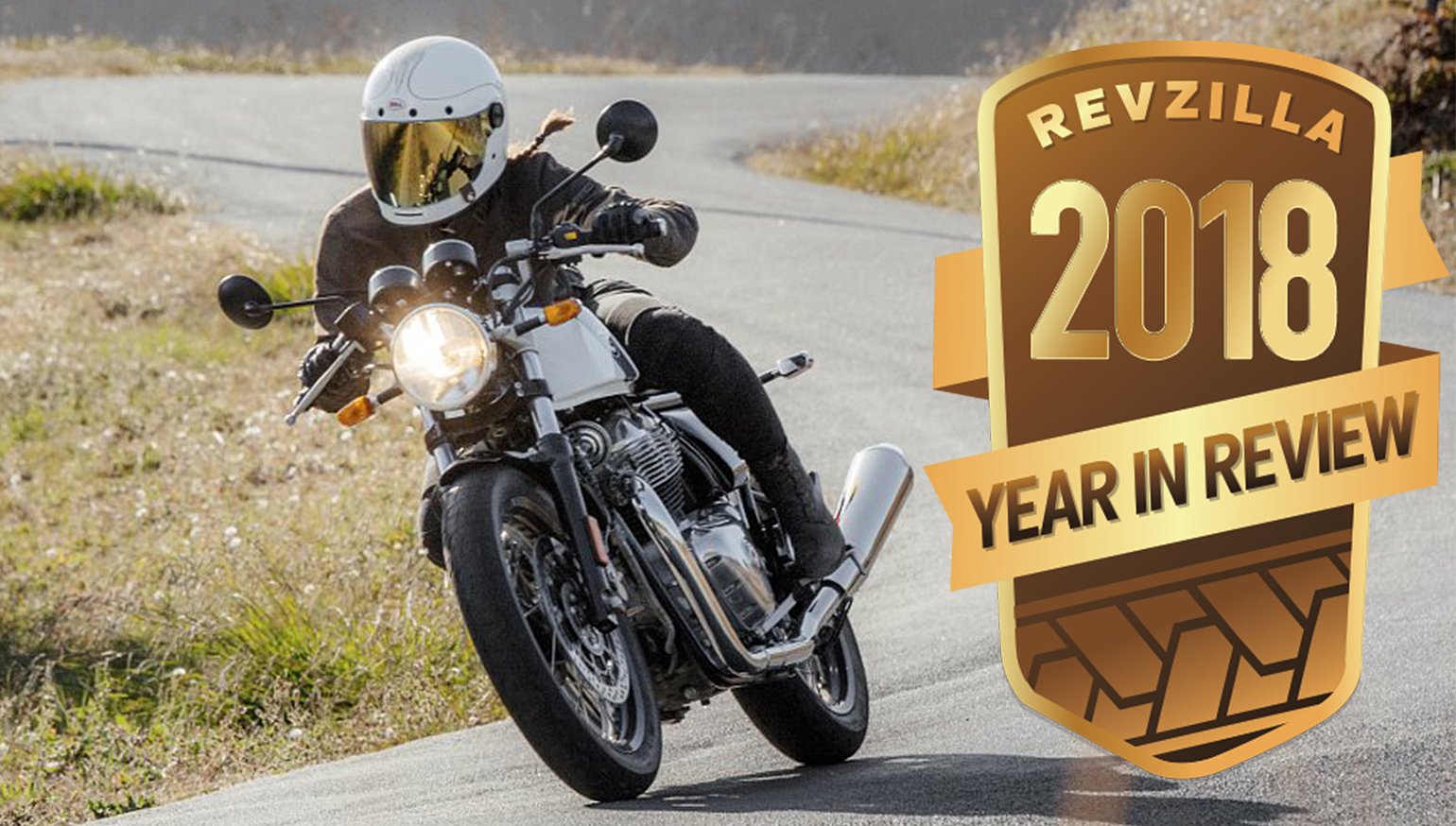 The best moto advancements of 2018

As Common Tread begins its annual look book at the year in moto, let's consider some of 2018 biggest motorcycling advancements.

The war on blind spots

If motorcycling is going to stick around, rider safety has to be a top concern for the industry. That’s why manufacturers are taking steps to minimize avoidable dangers. Blind spots are an easy target, and new technologies let motorcyclists see and be seen in traffic. 2018 brought more of this tech to motorcycles than we’ve ever seen before, and that’s a good thing. Blind spot indicator mirrors, for example, help motorcyclists know when a vehicle is occupying a blind spot. Advanced rider assistance systems (ARAS) like those pioneered by Ducati and BMW mean that cars can sense us even if their operators can’t. Of course, ARAS tech is expensive and usually reserved for flagship bikes, but over time, it could get as cheap and ubiquitous as ABS. We won’t miss you, SMIDSY.

What do you ride? For most of our readership, it’s something from a Japanese, European, or American manufacturer. There are other options, but have you looked at them lately? Inexpensive lightweights from elsewhere in the world took a step forward this year, with passing marks from the entire crop we tested in 2018. Sure, each of these bikes has its skeptics and detractors, as well as its supporters and enthusiasts, but the overall shift in legitimacy makes these motorcycles attractive options for new riders on a budget.

Bikes like the Royal Enfield Himalayan, CSC SG250 , and SSR Buccaneer Cafe/Classic give riders a choice other than new or used “mainstream” bikes. Need something a little bigger? Royal Enfield’s Continental GT and Interceptor aren’t the most powerful retro twins around, but they can be had for under $6,000. New. Some will say motorcycles like these are only good for the price. Isn’t that what many riders are shopping for anyway? As ownership experience improves, so do the odds of new riders joining the fold at an affordable price point. As Spurgeon wrote in his Himalayan review, …”the Royal Enfield is approachable and affordable. And that alone might be just enough to nudge a few more people into the world of... riding who may have previously been afraid to try it out.”

These “gateway motorcycles” are more than enough to get you hooked. That’s why the humble import bike makes our list for Best Advancements of 2018.

Tire technologies are unsung heroes of the motorcycling world. New tires might feel nice, or handle well, or deliver more miles than your old ones, but it’s easy to miss the advancements that make them better when the differences are subtle or even invisible. You’d be hard-pressed to notice Michelin’s XST Evo siping with the naked eye, but it’s a simple solution to a big problem. As tires wear, they lose their ability to displace water. That means wet grip can prematurely diminish as siping depth disappears. Based on tech lifted from Michelin’s automotive experience, XST EVO siping looks like a trapezoid in cross-section, with the widest part towards the inside of the tire. As the tire wears, the width of the siping increases to account for the lost depth, displacing about as much water as it did when it was new. This means the Road 5 tires hold onto their wet grip longer than their predecessors, keeping riders safer and more confident in wet conditions. Simple, clever, and helpful, XST EVO siping is a step forward for tirekind.

As antilock braking systems are mandated or approaching mandatory status (depending on where you live), ABS technology is impacting more riders than ever. We’re happy to see that the tech’s readily available, but that doesn’t matter if it’s prohibitively expensive.

It's all relative, of course. Look at a 2018 Harley-Davidson Road Glide, for example. ABS is a $795 option. It’s one thing to add that to a motorcycle that retails for over $20,000, but how about on a $4,500 entry-level motorcycle? That’s almost a sixth of the bike’s cost. Thankfully, we’re living in an age of affordable ABS. The Honda Monkey, for example, can be had with ABS for only $200 over base price ($3,999/$4,199 with ABS). That’s not a lot to ask for the feature, and if you don’t want it, you can always order a Monkey without it. Everyone wins. The Monkey is an outstanding example of affordable ABS, but other entry-level bikes like the Honda Rebel 300/500, Kawasaki Ninja 400 and Yamaha YZF-R3 can add it for around $300.

Like the Pilot 5 tires, sometimes a big advancement isn’t obvious if you don’t know to look for it. That’s why you might have missed TCX’s Clima Surround GTX boots. Their secret sauce is Surround Gore-Tex technology, which you might have encountered in adidas shoes and boots. Surround Gore-Tex uses a channeled footbed to ventilate the sole, which is breathable and waterproof thanks to a bootie bonded with OutDry. Sweat and water leave the boot, but can’t come back in, meaning TCX built the biggest weapon against sweaty feet since Gold Bond.

Bike-to-bike voice communication has come a long way. While you’ll still see shouting and gesturing at stoplights today, let’s not forget that CB radios were the choice voice option for riders not so long ago! While mesh networks aren’t completely new for this year, 2018 was when they got serious as a big feature on Cardo and Sena’s flagships. They can toggle between Bluetooth and mesh, but mesh is the default, if that’s any indication of their intentions.

The rest of the market is expected to follow, and for good reason. If you haven’t used a mesh network communicator before, it’s the next evolutionary step beyond the common Bluetooth setup. Mesh networks are constantly refreshing and self-healing, which means riders can pass in and out of range without stopping to reconnect. They also offer superior connection by sharing signal across the entire network rather than limiting range to a single rider’s device.

My Bluetooth units have treated me well, but I was deeply impressed by a Cardo PackTalk BOLD at Conserve the Ride this year. Even though our group was spread out (and occasionally lost!), communicating with other riders on the mesh network was effortless and far beyond the limits of any Bluetooth device I’ve ever used. Mesh networks can also join an interesting “public mode,” which allows any rider with a compatible device to join in.

Klim’s Koroyd helmet gets the runner-up spot only because there were so many other things to talk about, and Spurgeon already wrote about the Koroyd’s cutting-edge internals.

That wraps up 2018’s best moto advancements. Most of this list makes riding safer, more accessible, and more comfortable, which reflects the industry’s continued interest in growing motorcycling and improving the ride. If you know of something this article missed, drop a comment and tell us about it! It’s been a big year, and 2019 is shaping up to raise the bar even higher. 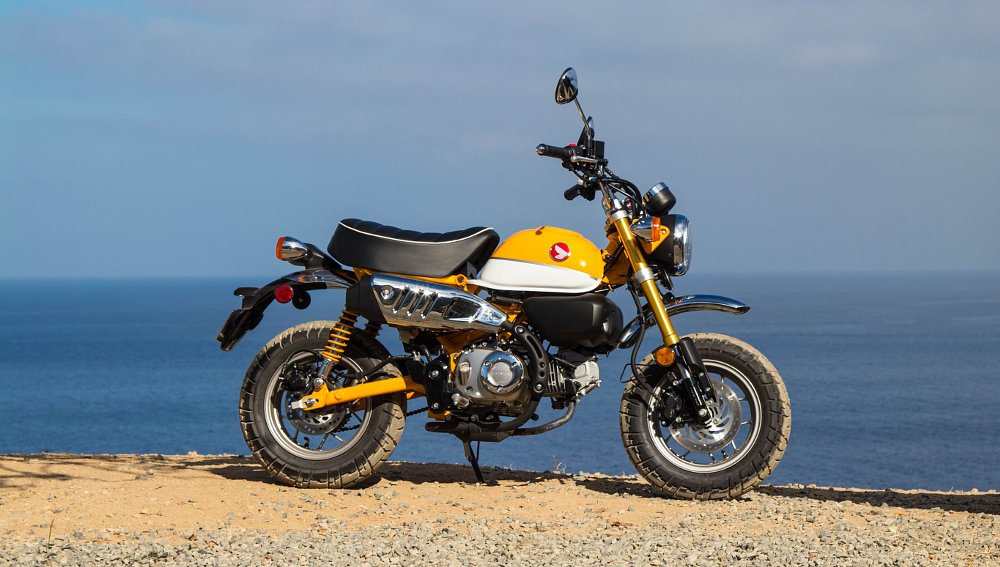