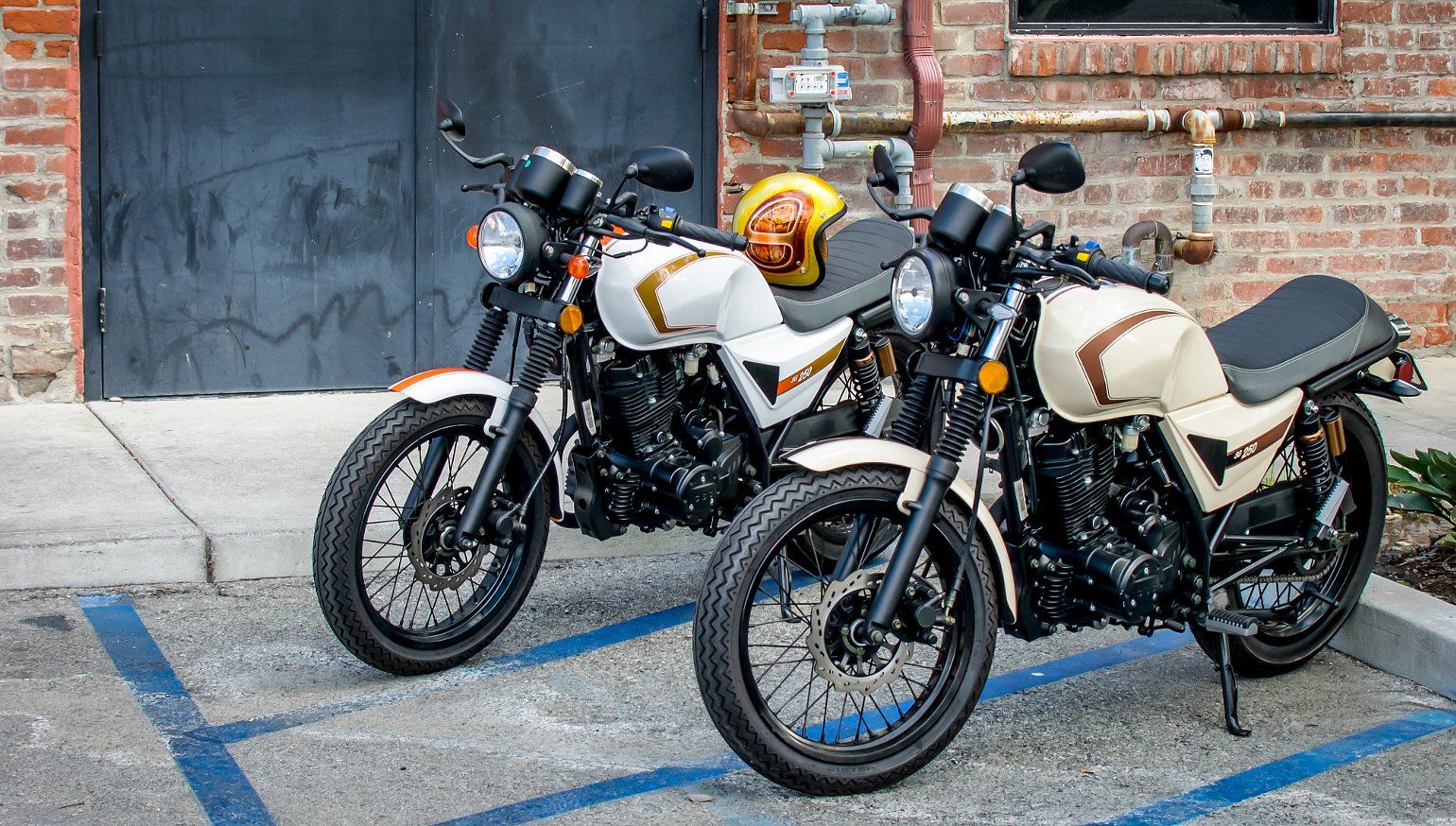 CSC motorcycles were first brought to my attention three years ago when they introduced the RX3 Cyclone, a 250 cc adventure bike, for under $3,500. They’re making headlines again, but this time it’s with the street-oriented SG250 Café Racer for $1,995.

CSC, which stands for California Scooter Company, is an American company based in Azusa, California. They’ve made a name for themselves by attempting to eliminate the traditional dealer model.

Instead of buying from a motorcycle dealership, customers buy their machines from CSC headquarters directly. The bikes are then shipped, fully assembled, right to the individual’s front door. From that point on, the owner is responsible for all maintenance and repairs of the bike. While this business model is clearly aimed at folks who are a mechanically inclined, they also have detailed service tutorials on their web site to walk their customers through everything from a valve check to a suspension service.

CSC has seen the majority of its success with the RX3 Adventure and the TT250 dual-sport. They tried importing the RC3, a small-displacement sport bike for 2017, but lagging sales forced CSC to drop it from the lineup for 2018. The naked version, dubbed the RZ3, was never brought to America.

For 2018, CSC has decided to take a different approach to the street-focused segment with the introduction of the San Gabriel 250. Dubbed the SG250 Café Racer, this is CSC’s take on the historical moniker.

Normally, Lemmy gets to be the curmudgeon on Common Tread bitching about OEMs utilizing classic motorcycle terms to sell modern machinery while I’m usually not too bothered by it. Yeah, I think the “Scrambler” phrase is a bit played out, but I have no problem with Triumph using the “Bobber” name or folks referring to the Honda Fury as a “chopper.” The SG250, however, has about as much in common with a “Café Racer” as I do with Valentino Rossi. Yeah, we both ride motorcycles, but that’s where the similarities end.

Taking a look at the photos, the unibody styling of the SG250’s tank flowing into the side covers reminds me more of a Yamaha XT250 than a modified Norton Commando. Where are the clip-ons and the rear sets? Where is the minimalist style?

That’s not to say I am putting the bike down. Rather, I’m just nitpicking the naming convention.

Over the past few years, whenever we’ve reviewed a small-displacement dual-sport or adventure motorcycle, such as the Kawasaki Versys-X 300 or the Royal Enfield Himalayan, readers have chimed in arguing the merits of their CSC machines. It says something about the brand that the people buying them are going to great lengths to extol their virtues.

The SG250 is a basic, standard motorcycle, powered by the same 229.5 cc, single-cylinder Chinese engine as seen in the TT250. According to CSC, it’s pumping out 16.1 horsepower at 7,000 rpm and 13.5 foot-pounds of torque 5,500 rpm. In addition to its electric starter, it also gets a kick starter, sticking with its faux retro styling. CSC also claims a 273-pound wet weight and an approachable 26-inch seat height.

The $1,995 MSRP is really $2,495.00, if you include all of the fees clearly listed on the CSC website. But even if you round that up to an even $2,500, it’s still about half the price of other bikes in the entry-level marketplace. That includes the 47 Moto Mosquito priced at $4,994 that Lance reported on from AIMExpo last year.

While the SG250’s top speed of 68 mph means you’ll probably want to reroute your trips to avoid highways, these numbers make for a pretty approachable machine for new riders starting out (as long as they aren’t averse to turning a wrench). I’ll be interested to see if this more “standard” approach to a street bike garners more sales for CSC than they saw with the sportier RC3.

When we ran that first article on CSC back in 2015, I pretty much wrote them off as a novelty. Yet here we are three years later and not only are they still around, but they’re busy trying to figure out how to best expand their model line. In an era of struggling motorcycle sales, a brand new motorcycle shipped to your door for $2,500 might just bring some new folks into the fold or help to entice some older riders to return to the sport. 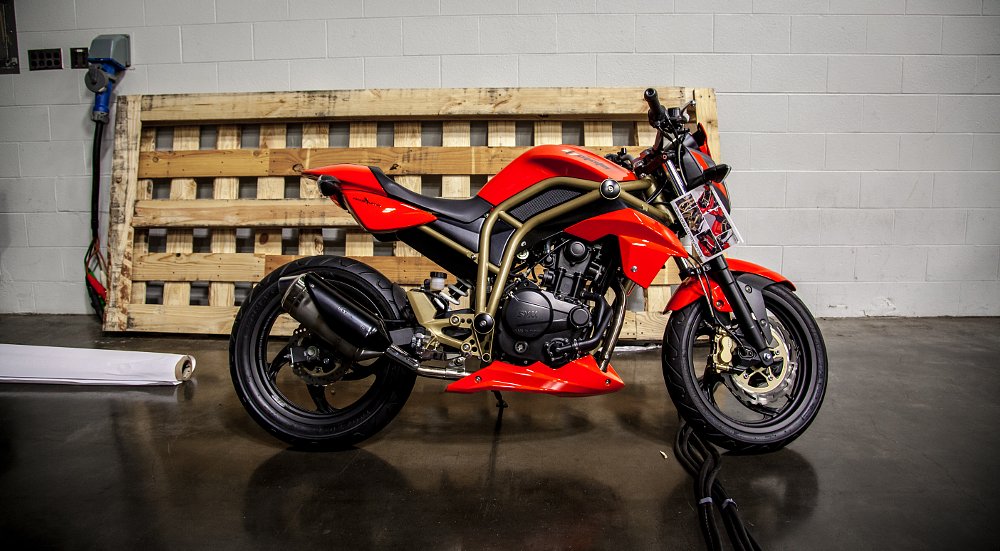