And, like most Sunday rides, it began with waiting on Scott Sorenson. You’ve seen his name attached to many of the photos in our bike reviews. Zach (the guy who dropped his Multi in the Los Angeles River at the Aether Urban Adventure), Scott and I decided this was the perfect Sunday to ride 150 miles for the best pie in Southern California.

While we waited, Zach and I took the opportunity to roust the neighborhood with my Briggs & Stratton race bike and my freshly delivered Cleveland Cyclewerks FXx. As we were re-opening a few fresh wounds in the grass in my backyard, Scott pulled up and we ditched the bikes in the yard, with the feeling we weren’t quite done with them for the day.

The route included some classic Southern California motorcycle roads. We rode the Ortega Highway over the Santa Ana Mountains and back down into Lake Elsinore and the South Grade Road to the top of Palomar Mountain. We stopped for a break at Mother's Kitchen, until a pack of guys in T-shirts on sportbikes pulled up and started revving their engines too loudly to hear each other talk, which meant it was time to move along. Sundays would be a great day for riding if the roads weren't full of people who thought Sundays were great for riding.

With our sights set on pie, we headed down the East Grade Road, which is far less technical, but much more beautiful, and on into Julian, as my stomach’s screams became louder and louder, protesting my butter-coffee-only breakfast. After a quick debate about the value of a pie-only lunch, we got sandwiches at the Miner's Diner before reaching our final destination: Julian Pie Company.

Few things make me happier than a good ride followed by a good meal, and as Sundays go, this one was nearing perfection. It was Zach's first time riding south of Orange County and it was really cool to experience the day through the eyes of someone for whom the entire thing was new. We did as dudes do and ate and made fun of each other until our bellies were full and we were out of jokes, and then it was time to suit back up and head home. Sundays are for riding.

Zach and I got a little too enthusiastic heading down the hill and we each received performance awards from a very friendly CHP officer. Scott, who pulled up in the middle of the awards ceremony on his old-man BMW, was all too proud of his slow pace, and wouldn't let us hear the end of it. The fuzz love setting up speed traps on Sundays. Sundays are terrible for riding.

We continued on and everything was business as usual, with the three of us cruising along Interstate 5 heading north at subdued, post-speeding-ticket speeds when Zach started frantically motioning for me to ride next to him. Yelling from bike to bike never works at speed. What could this idiot possibly need to tell me that can't wait? After a few failed attempts, I finally heard him.

I looked ahead to see a black Mercedes with the passenger window down and a very animated woman in the passenger seat. At first, I couldn't tell if she was dancing or laughing or crying, but as I pulled closer for a better look, it became clear that she was having a bad day.

"Bummer," I thought. Getting into an argument with your significant other in a car sucks, because there’s no way to separate yourselves for a minute or go for a walk and cool off.

Bored by our slow pace, and bothered that something just didn't feel quite right, I kept watching. The woman began to look around frantically and continued to scream at the top of her lungs. The longer I watched, the more it became clear that this wasn't just an argument and things were not OK.

Any doubts left my mind when the Mercedes began to weave through traffic and use the shoulder to the left of the fast lane as his own expressway to pass cars. As he approached a group of cars he couldn't easily pass, the passenger door flung open and I watched with a mix of horror and disbelief as the woman began to look for a way to jump from the moving car. The shit just got real.

The rational side of my brain was freaking out and telling me to get the hell out of there. The machismo side of me was thinking that only I can do something to save this woman (and wondering if they’ll make a movie out of my heroic actions). No one in a car could safely keep up with the Mercedes. Deeming myself the best, and only, man for the job, I pushed closer.

While a motorcycle is a great tool to move through and get past traffic, there isn't much you can do once you've caught up to whatever it is you’re after, and I began to feel helpless as I neared. I began flashing my brake lights and began giving “slow down” motions to a group of BMW riders with their wives as passengers. At least I could try to keep the nutjob in the Mercedes from plowing into a motorcyclist as he tried to keep his speed fast enough to keep the woman from jumping out of the car.

By this point, the driver had noticed that he had our attention and he dropped back slightly and pulled in a car behind us.

“Oh great," I thought. "This is where this guy tries to run me over so I don't get involved.”

Still, I knew didn’t want to go to bed that night having done nothing and wondering what had happened. Ahead, I saw the nuclear boobs of the old San Onofre nuclear power plant, and I knew there was a Border Patrol and truck weigh station coming up. In fact, I'd already missed the entrance for it, but that didn’t stop me from jumping the curb (much to the chagrin of a terrified truck driver) and weaving in and out of the line of trucks until I’d reached the end. There were usually CHP cars parked here, and someone had to be around. First cop car: empty. Second cop car: empty. Finally, I saw a CHP car with someone in the seat and, by this time, he'd noticed me, too.

He has his hand on his gun as he shut his car door and turned to face me as I braked to a stop a few inches from his feet.

"There's a girl in trouble. She's screaming and trying to jump out of a moving car and the dude is swerving through traffic. They're getting away and I just need you to follow me!" I yelled, hoping this guy would sense the urgency. I’d worked with the police a lot in my previous career, and I understand their need to gather the facts and assess the situation for themselves, but today I just needed this dude to move. Somehow, it was my lucky day, and he jumped back in his car and said, "Show me."

I made a beeline for the exit, but by this point the Border Patrol officers had noticed two motorcycles where they weren’t supposed to be and one officer jumped in front of us, yelling at us to stop. Before we could even begin to try to explain, the CHP officer pulled up and yelled, "They're with me." I was on the gas before the Border Patrol guy could acknowledge. We'd wasted too much time already.

As soon as we caught up with the Mercedes, the driver must have known that running was futile and he pulled over. A small but sketchy looking guy covered in face tattoos was driving, and he got out of the car calmly and began to walk towards us and the police car while the woman finally tumbled out of the passenger seat. Initially, I wasn't sure if he was giving up or was just going to shoot us, but the police officer settled that quickly as he ran up and grabbed him violently.

At this point, I could see the woman’s clothes were ripped and drenched with tears and sweat. Her face was beaten, bloodied, and swollen around her left eye. There was a cut above her right eye that was dripping blood down onto her cheek. I've never seen a face filled with such mixture of terror, exhaustion, and relief.

“You just saved my life," she yelled, and that did things to my heart and stomach that I both never want to forget and never want to experience again.

With things under control, I was torn between asking the CHP officer if he needed a statement and wanted to tear up our speeding tickets from earlier, or if we should just get out of his way. In the end, we just hit the road.

With the adrenaline rushing, I had to remind myself to keep my speed down the whole way home. I don't remember the rest of the ride, which in hindsight isn't something I'm terribly proud of.

Once home, I asked Zach how he noticed the whole thing.

"Dude, she kicked out the window of the car!" The car window I’d thought was rolled down was actually missing.

After we'd all debriefed and exchanged our versions of the story to figure the whole thing out, we sat there in the hangover of the day’s events. Our gazes turned to the mini bike and the FXx lying propped up against the fence from earlier that morning.

After all, Sundays are for riding. 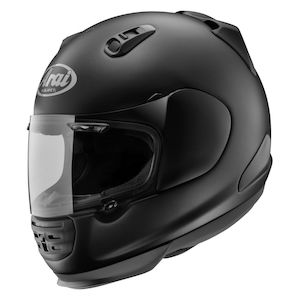 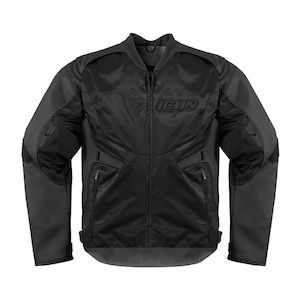 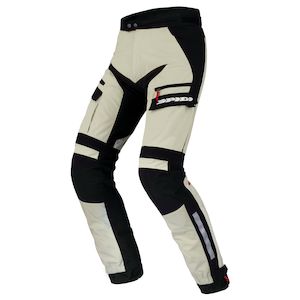 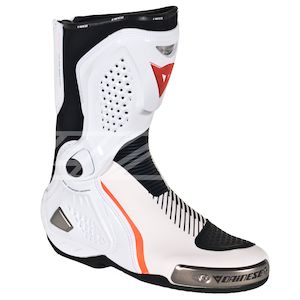