Aether Urban Adventure 2015: Multistrada down and a battle in the warehouse

The guys from Aether kept us locked out of the warehouse so we couldn't see their diabolical obstacle course before riding it. All they told us was that it would be hard and a teeter-totter was involved. One by one, riders entered the shadows of the building while I wondered whether I was about to cement my reputation as a motorcycle professional or dump my Suzuki DR-Z400SM into a pile of cardboard boxes.

Just another Sunday in the big city.

When I showed up at Aether's flagship store in Los Angeles early that gray morning, I found the street fully lined by well farkled BMW and KTM adventure bikes. I parked my Suzuki DR-Z400SM at the far end, next to a Yamaha YZF-R6, a Ducati Sport Classic, and a well dented Ducati Multistrada 1100, hoping I wouldn't stick out too much from the other misfits.

Once inside, I fit in much better with my white Shoei Hornet X2 under my arm (ADV dudes love white dual-sport lids) and I made a beeline for the coffee station. While I was pretty sure the DR-Z was the best choice for anything called an "urban adventure," starting my day with a 40-mile freeway commute to get to the Aether store was not an ideal way to spend Sunday morning after a long Saturday night.

Around 8:30 a.m., introductions were made by Aether's staff, Jim Hyde from RawHyde, and the motorcop who would be offering lessons on the cone course at the warehouse. For those of you who find those names unfamiliar, Aether is a Los Angeles-based brand that sells premium adventure gear that can hold up to the elements while not looking out of place in your local coffee shop. They partnered with RawHyde, an off-road adventure riding school, to create their Urban Adventure event, which pairs a street ride (for funsies) with some technical training (for learnsies) and an obstacle course (because who doesn't love a little competition?).

During the briefing on the morning street ride, we were informed that there were, in fact, no awards for completing the route first and that people who contributed to others crashing would be shamed publicly.

Back outside, the DR-Z got plenty of attention as riders walked to their bikes. While I was prepared for some teasing about its appropriateness for adventure or its range, most people who came over said they were jealous they didn't have a similar bike. I've been on a few Aether rides before, and always found the people super nice, but expected an event of this size it to be a little more bougie. L.A. motorcyclists often view their bikes as fashion accessories, but such was not the case today. These guys just loved riding.

A few minutes later, we were off and snaking through the city. The route led through mid city and headed east, before climbing through some really interesting neighborhoods in the hills above Pasadena. This particular Sunday was coated in a nice layer of L.A. gray muck and the slight humidity meant stopping got sticky. With such a large group, stopping was bound to happen, and it wasn't long before Chris from Road & Track (my riding buddy for the day) and I had made a game of keeping our feet off the ground at all costs to fend off the boredom that usually leads to bad decisions. Surely this would help us in the afternoon competition, right?

Our strange parade of motorcycles drew a variety of reactions as we made our way through the hills. You could tell which pedestrians owned motorcycles, as we were met with a mix of smiles, waves, thumbs up, and one guy who refused to cross the street until he'd flipped off every single one of us as we passed.

The Aether guys even managed to find a small dirt section, though there was an alternative route for those worried about making it. Macho man that I am (and after seeing a woman on a stock Bonneville head down the trail), I opted for the dirt route. Although too short for my liking, the mile or so I spent trying to roost Chris was fun, and any opportunity to slide around a bit is always a welcome addition to a ride. For the record, the stock Dunlop Sportmaxes do a terrible job of shooting dirt at your good friends.

By lunchtime, we'd made our way back downtown to a massive abandoned warehouse near the arts district. Aether had water and coffee on hand as lunch was prepared in a taco truck near the back. The motorcop was preparing to give lessons once people were settled after the morning ride.

"I wonder if there's a way down into the river?" I heard behind me from my new friends, Zach and Eric (the beat-up Multi and Sport Classic guys). If you remember, we shot the Mighty Motor Bavarian Scrambler down there last year, which meant I was just the man to answer that question. Now it was time for the real urban adventure.

Once down to the riverbed entrance, we discovered it was covered with an inch or two of water. I assured them it would be dry in a few months and they should come back, but they wanted no part of coming back later. Today was the day.

Turns out, today was also the day to drop a Multistrada 1100 in an inch of water that covered the slickest algae-coated surface L.A. runoff could produce. Great. I was sure the day had just gone from great to awful and I was stuck with a downed bike and a couple of Los Angeles prima donnas. Why don't I ever learn? I began dismounting my bike and mentally prepared myself to calm down this dude and tell him dropping his bike wasn't that big a deal.

"Hold on! Don't come over here! I need a picture of this!" I heard Zach say, paired with laughter from the riverbed below. I began with my spiel about how we all drop bikes and it isn't a big deal but was met with puzzled looks.

"Oh yeah, I've dropped this thing tons of times. The stories I have on this thing are unreal, that's why I love it. It's such a good tool for the job, but it's beat up enough that I'm never worried about something happening," he said. I've literally never heard such sound reasoning from anyone but dirtbike riders, let alone a couple of Ducati guys with bikes this beautiful.

With only minor damage, we had the bike shiny side up and on dry land in no time. After watching how quickly Zach went down, no one else seemed to eager to give it a shot and we made our way back to the event in time for the cone course and tacos while we waited for the afternoon's competition.

The Aether and RawHyde teams had set up their competition course inside the warehouse, ensuring no one competing could see what they would be getting into. We were warned it would be difficult and we'd lose points for touching anything or putting a foot down. I sort of felt like I was cheating with the DR-Z, and my emotions swung wildly from wondering if I could win this thing to wondering if I would be absolutely terrible.

Our little water excursion meant I would be one of the last to go. Unsure of whether that was a good or bad thing, I hung out a bit near the exit to see people's expressions as they finished the course. OK, so this was going to be tough. Still, I ride motorcycles for a living. I have a decent shot at taking this thing, right? I head out to the cone course to practice.

While the DR-Z was, in fact, the perfect bike for the morning ride around Los Angeles (don't listen to anything Zach, Eric, or Chris say — I kept both wheels on the ground the whole time and did not jump a single curb), such was not the case for the cone course. Sure, I had the tight circles down and did pretty well in the slalom course, but most of this stuff was built to do while standing straight up and moving at a crawling pace — something for which the off-road-oriented bikes are better suited.

OK, so the cone course didn't go great, but still — I was a professional motorcycle rider. These guys couldn't be that good and on an course tucked inside a warehouse, I'm sure a bike so small would dominate those massive adventure beasts next to me.

Wrong. Without video from the ride, it's hard to adequately express just how far wrong I am, but let's just say some of these guys are really good at riding motorcycles. The winner ended up completing the course on a BMW R 1200 GS, with his father taking second place. Both guys could ride the bike much slower than a walking pace and balance at a full stop, which meant they were able to complete the course without making a single error.

For those of you wondering, I made seven errors total, which put me just outside of the top five. I was actually pretty proud of that after watching the guys who won, hearing how they'd been riding their entire lives and had ridden their GSs on routes no one I know would attempt on anything bigger than a 450.

With the day over, I found myself hanging around to chat with the other participants. One guy had gone to Wheelie University, which I'm hoping to be able to do soon, and others had some amazing route suggestions to share. It wasn't long before mid-day turned into late afternoon, but there were so many interesting people who truly loved motorcycling that my evening plans just had to wait.

I share this because I normally stray as far as possible from moto events and large social gatherings. This may be jaded moto-journalist talk (or maybe just grumpy, anti-social talk), but I've always felt like big organized motorcycle events where the people aren't all close friends tend to turn into dudes trying to show off or compare what they're carrying in their pants. The talk always tends to focus on bike specs, custom mods, fancy gear, or other things that separate motorcyclists.

With the Aether events, the crowd tends to focus on experiences, sharing routes, and commiserating about the times it went wrong. It's about the common love for motorcycles and the things that we share, rather than the things that segment us, about focusing on the fun, and not on the cool. While the day and ride were fun, the highlight of the day was meeting this community. The Aether guys sell some nice gear, and it may or may not meet different riders' needs and budgets, but what they're doing in the Southern California motorcycle community should be experienced by all.

Anyone want to ride this weekend with Zach, Eric, and me? 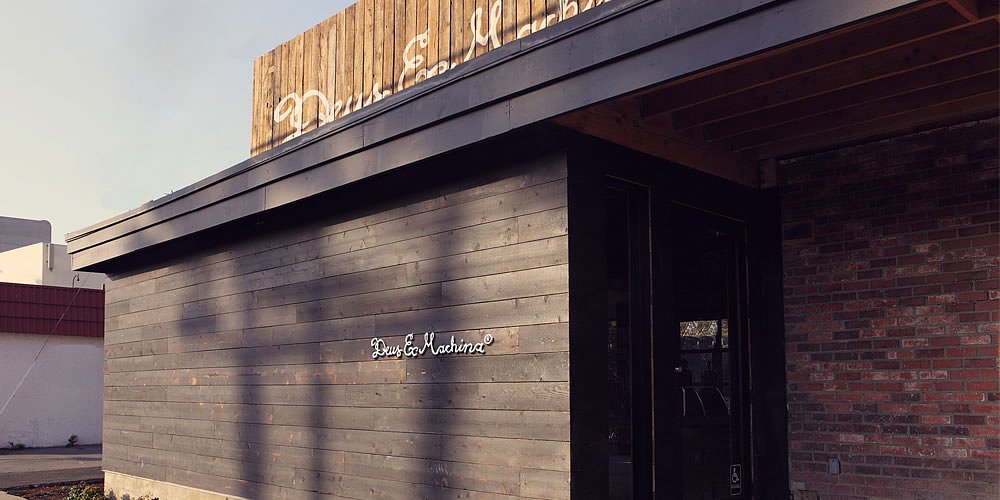 The new moto cafes: do they have the spirit as well as the look? Sean MacDonald 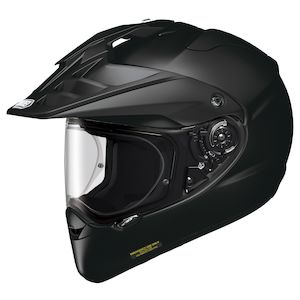 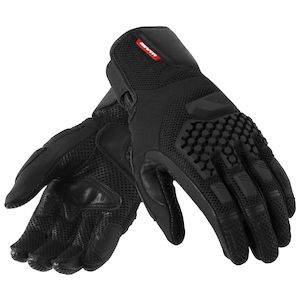 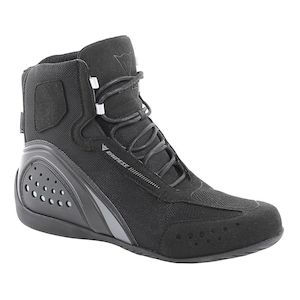