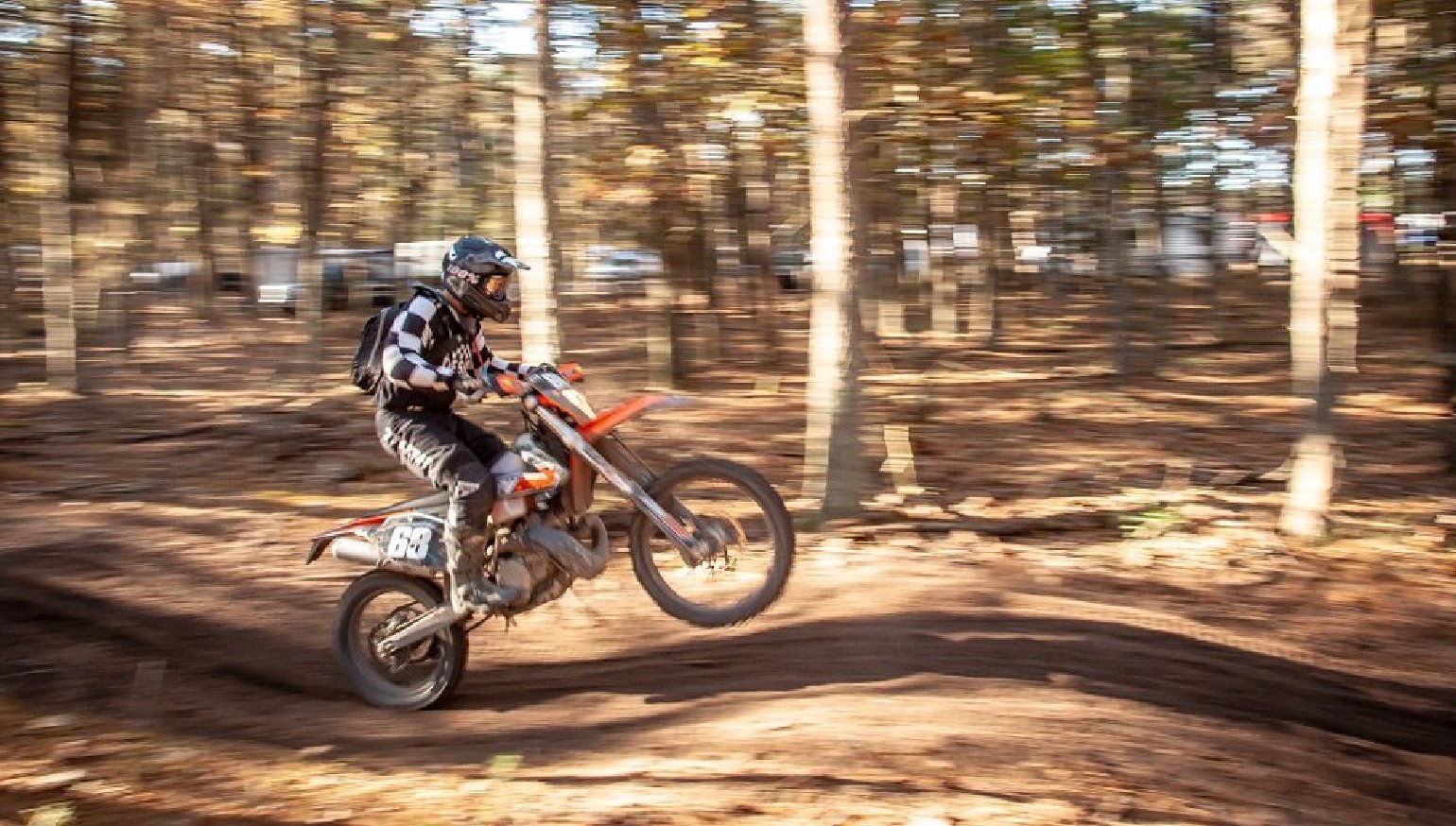 The day of reckoning has finally come for off-road riders in California. Model year 2022 off-road motorcycles that do not comply with “green sticker” emission standards have been effectively banned from public land use in the state of California.

The new rules from the California Air Resources Board (CARB) also contain some good news for owners of current dirt bikes, and I’ll explain that later. But the number of 2022 dirt bikes you can buy and register for off-road recreational riding in California is going to be much smaller. It’s potentially a heavy blow to the off-road riding community and motorcycle dealers.

What’s going on? I reviewed the CARB documents and talked with representatives from the California Off-Road Vehicle Association (CORVA), the American Motorcyclist Association (AMA) and local dealers to sort it out.

If you don’t reside in California, the red- and green-sticker programs may be a new concept for you, so here’s a short history.

In the mid-1990s, CARB began regulating Off-Highway Recreational Vehicles (OHRVs), including dirt bikes, with the mission to reduce their impact on air quality. CARB began what is known as the “green sticker” program, which would allow off-road vehicles that meet emission standards to operate on public lands. At that time, however, most motorcycle manufacturers were not ready to meet the CARB and EPA emission standards of the day. Very few dirt bikes qualified for the green sticker.

In a combined effort with the OHRV riding community, motorcycle manufacturers petitioned for an exception to keep public lands open for non-compliant dirt bikes. CARB heard these petitions and instated the “red sticker” program to give manufacturers an extension to better develop their technology to catch up with emission standards and to also allow off-road racing to continue on public lands.

To further clarify, a “green sticker” bike meets emissions standards and is allowable to ride at State Vehicular Recreation Area (SVRA) parks year round. A “red sticker” bike does not meet emissions standards and is considered a “competition only” motorcycle. As such, it is only allowed to ride SVRA parks during specific seasons with the intent that competition-only motorcycles are riding in the parks during races only. CARB’s original intention was that green-sticker models would start to make up the majority of off-road dirt bike sales, and the ratio of red-sticker models would begin to dwindle as manufacturers closed the technology gap and produced more emission-compliant vehicles.

However, the opposite was taking place. Following the path of least resistance, manufacturers produced more and more red-sticker bikes as the consumer market demand was high for these “competition only” machines and it cost more to produce and certify green-sticker models.

CARB has finally redirected its attention back to the OHV category and the findings in its 2017 OHV Commission Workshop study were damning. Red-sticker dirt bikes were discovered to be heavy polluters, they were being used mostly for recreation and not for competition, as intended, and red-sticker models had outpaced green-sticker models in volume sales and model representation. The grace period CARB had allowed for the motorcycle industry and community to catch up with emission standards had clearly been squandered, so CARB decided to take stricter measures.

The day of reckoning

As a result, CARB is sunsetting the red-sticker program. That shouldn’t come as a big surprise, but for a lot of dealers and consumers it was shocking news. Dealers I spoke with said guidance from the manufacturers has been sparse. Industry organizations have a lot of misgivings, however. The California Motorcycle Dealers Association and the Motorcycle Industry Council (MIC) told CARB, during the rule-making process, that the new rules would “present significant economic hardship for dealers.” The AMA noted in a public hearing that “OHV recreation has a $20 billion dollar economic benefit to the state” and red-sticker registrations generate more than $5 million a year for state parks.

The end result right now is a lot of uncertainty, said Amy Granat of CORVA.

“CARB can have a tendency of single-mindedly pursuing their goal of lower emissions," she said, "and in this case we need to take into consideration the people who have invested their money in off-road vehicles, dealerships that are family businesses, the manufacturers, and a sport that is often an income generator for rural areas. For every action, there are intended and unintended consequences. It is impossible to know what the real long-term impact of this ruling will be.”

As both CORVA and the AMA confirmed, however, one thing is certain: If a customer walks into a California dealership and purchases a model year 2022 dirt bike that does not meet green-sticker emissions standards, that bike cannot be registered and is not allowable for recreational riding on public lands in the state of California. It can only be ridden legally on private land or on privately held MX parks.

To give one example to help put that into perspective, in Husqvarna’s 2021 off-road lineup only four of 18 models meet the green-sticker emission standards. Assuming 2022 models are the same, this is a serious consideration for California consumers. Is it worth buying a model like the Husqvarna TE300i if it cannot be ridden in its intended environment, out on the trail? For many California riders, their only off-road riding option is SVRA parks and if their chosen model has been banned there is simply nowhere else for them to go (unless they plan to go racing).

It is also unclear if non-compliant models will be able to be registered with the DMV. So far I have been unable to confirm what the new process would be and what impact it would have on retail financing, insurance, and titling. California dealers have reason to be concerned about demand for non-compliant models, which does not bode well for sales across the state.

Not all the news is bad

While the changes will hurt some, others will actually benefit. One positive is that all 2021 and older models will automatically be grandfathered into green-sticker status and owners can continue to ride them at OHV parks. With the green sticker, the inconvenience of red-sticker season will disappear. This is a huge benefit to riders owning 2021 and older machines, and will no doubt cause some serious price gouging in an already hot market for used dirt bikes in California. A 2021 dirt bike you can ride in an OHV park may be more valuable than a new 2022 that you can’t ride on public land.

Another potential upside would be if this pushes manufacturers to bring out new models that meet off-road emission standards. A few fantastic plated dual-sport options already exist and some of the new-age fuel-injected two-stroke machines from Europe could meet the green-stick standards without too much tinkering.

Another possibility would be “fleet averaging,” which could become an incentive for the OHV category in the same way it incentivizes auto manufacturers. If so, we may see a whole new crop of electric dirt bikes hitting the scene to even out the model mix and offset emissions of other models.

The question is: How will manufacturers respond to this new challenge?

One final twist is SB 227, a  bill circulating the California legislature at this time. SB 227 may allow “competition only” models on public lands once again — but with serious restrictions. If passed, the bill would allow for a roughly one-year grace period during which public land managers issuing a permit for a competition event would define practice and when competition vehicles will be allowed on public land for the purpose of practice for that specific event only. Those practice periods have to comply with existing red-sticker seasonal restrictions and only registered members of approved off-road racing organizations will be allowed to participate in these practice dates and race events. After that one-year grace period, CARB and State Parks will issue final rules defining practice periods for competition vehicles. As it is with all legislative processes, SB 227 still may be changed or not approved at all.

Whatever happens, 2022 will be a turning point year, with older dirt bikes treated differently from new ones. It’s clear that the days of skirting emissions compliance on California’s public riding areas are over.

The landscape of off-road riding in California is going through the kind of seismic shift the state is known for. Hang on to the handlebars, because this may be a bumpy ride. 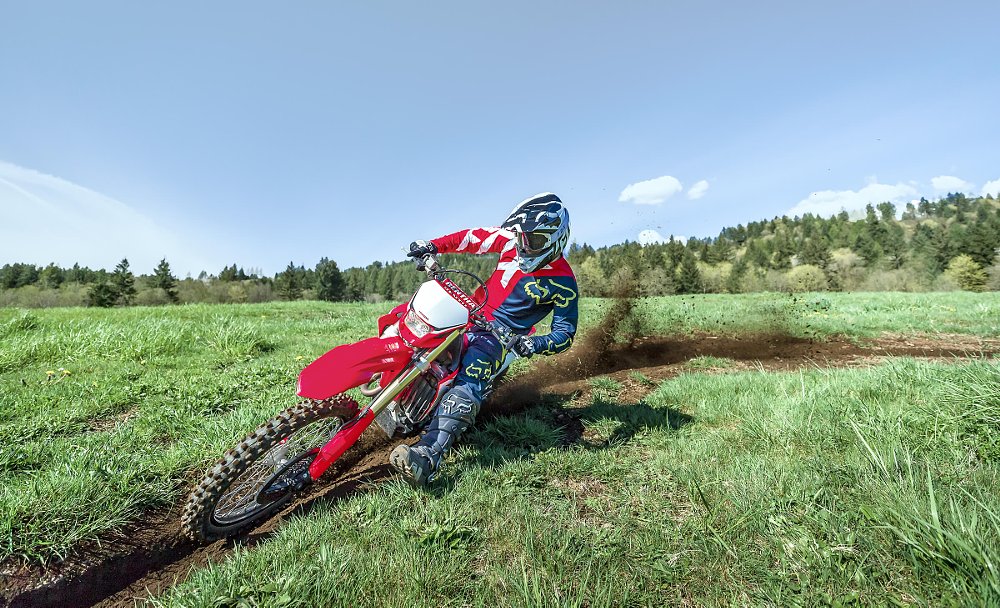 Two-stroke versus four-stroke engines: How they work, pros and cons Joe Zito

Where did all the two-strokes go? Lemmy 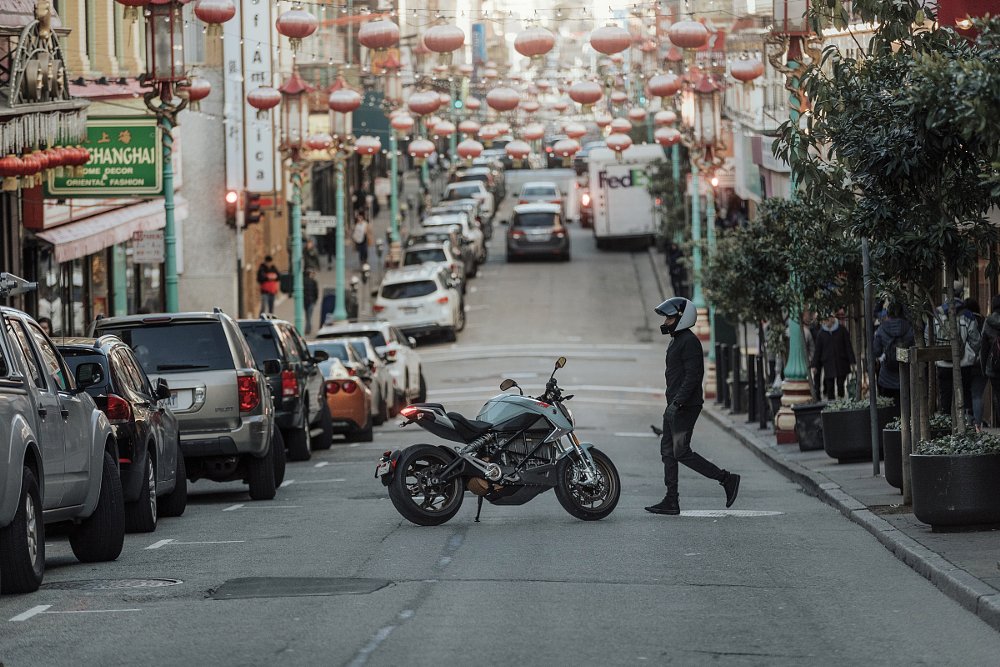 Are electric motorcycles really better for the environment? Mark Gardiner