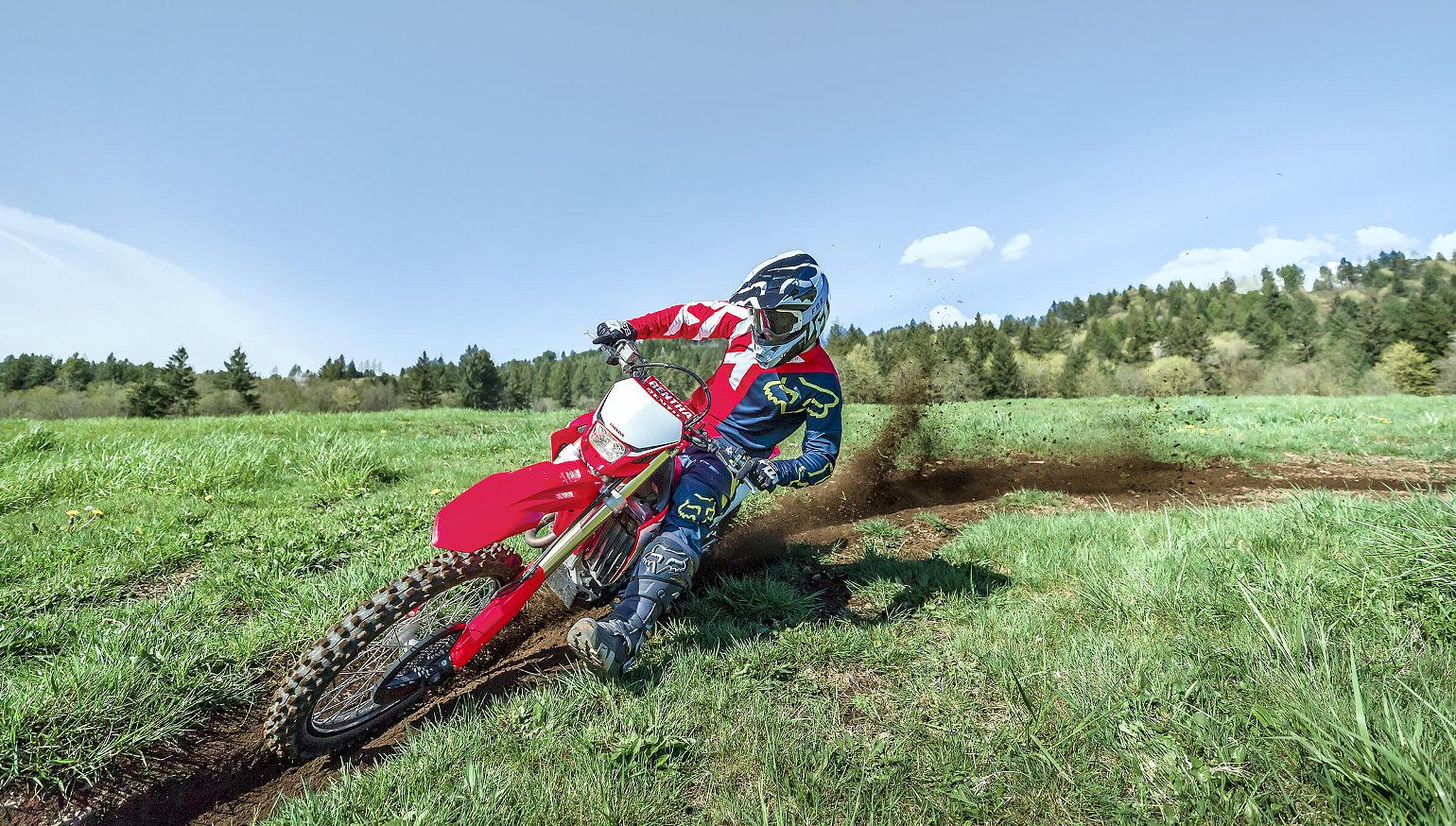 Two-stroke versus four-stroke engines: How they work, pros and cons

Recently, a few of my dirt-riding buddies switched from two-stroke to four-stroke dirt bikes, while others have gone the other way. Why?

My friends who made the switch talk about differences in traction, engine braking, power delivery, sound and overall feel. So let’s take a closer look to answer some basic questions, like what’s the difference between a four-stroke and a two-stroke engine? How do four-stroke and two-stroke engines work? What are the pros and cons of each? And which one is better for you?

Four-stroke versus two-stroke: How they work

Few street motorcycles have two-stroke engines these days, so this is mostly a question for off-road riders. To keep things simple for this article, we will stick to modern, single-cylinder dirt bike engines in two-stroke and four-stroke formats. Let's take a look at the similarities and differences.

Both two-strokes and four-strokes are internal-combustion engines that harness the energy created from burning a mixture of air and fuel to push a piston down. A connecting rod and crankshaft transfer the up-and-down motion of the piston into a rotational motion, which makes its way to the rear wheel of the motorcycle, propelling it forward.

When we say “stroke,” we’re referring to the piston traveling up or down inside the cylinder. In a four-stroke engine, the first stroke is intake, the second is compression, third is combustion, and the fourth is exhaust. High school shop teachers trying to hold the attention of hormone-addled teens will sometimes use the more memorable terms suck, squeeze, bang, blow to describe the four strokes. Here’s what happens on each stroke.

Intake: The intake valve(s) in the head opens as the piston travels downward, drawing in a fuel charge. The engine is inhaling here.

Compression: The intake and exhaust valves are closed while the piston moves upward, compressing the fuel and air mixture.

Combustion: Intake and exhaust valves remain closed while your ignition system fires the spark plug , igniting the fuel and air mixture and forcing the piston back down, delivering power to your rear wheel.

Exhaust: The exhaust valve(s) opens while the piston travels upward again, expelling the burnt fuel and air mixture through your exhaust system. Then the series starts all over again.

Note that all of this is going on above the top of the piston. This is why four-stroke cylinder heads are much bigger than two-stroke cylinder heads. The head has to house the camshafts, valves, intake and exhaust tracts, and the spark plug. Below all that, the crankshaft sits in a bath of oil within the crankcase. As the crank spins, it slings oil onto the cylinder walls, crank, and rod bearings to keep everything sufficiently lubricated. Most bikes also have pressurized oil systems that squirt oil where it's needed for lubrication and cooling.

A two-stroke engine follows the same suck-squish-bang-blow steps, but combines intake and compression strokes, then combines the combustion and exhaust strokes, so the whole process is completed in  two strokes instead of four. That means a two-stroke engine makes power every time the piston goes down, whereas a four-stroke makes power every other time the piston goes down. Here’s how.

Two-strokes utilize the crankcase as part of the intake tract, using the volume above and below the piston. That being the case, the crankshaft cannot sit in a bath of oil like a four-stroke . Instead, two-strokes have oil mixed in with the fuel, and that residual oil lubricates the cylinder walls, crank, and rod bearings.

Combustion and exhaust: The spark plug ignites the air-fuel mixture and forces the piston down, making power, while the fuel and air mixture below the piston is being forced through the transfer port from the bottom to the top end of the engine. As the piston travels downward toward the bottom of its combustion stroke, the piston reveals the exhaust port in the cylinder wall. This is all positioned perfectly to allow the pressure below the piston within the crankcase to push out the burned exhaust gasses while simultaneously replacing them with a fresh, unburned fuel and air mixture via the transfer ports.

You’re probably thinking “OK, whatever, nerd! Both engines turn a wheel, so what the hell is the big deal about going with one over the other?”

The pros and cons of four-stroke and two-stroke engines

There are pros and cons to both kinds of engines and they provide different riding experiences, which is why some of my buddies have switched.

Four-stroke pros: Four-strokes only make power a quarter of the time versus half the time like two-strokes, but a longer power stroke nets a lot more torque, so four-strokes make better power at lower rpm and more linear and predictable thrust throughout the rev range. To complete the four phases, four-strokes require a heavier flywheel to give the crank the inertia needed to keep it turning between combustion strokes. The combination of less frequent power pulses to the rear wheel and the heavier flywheel gives four-strokes better traction in certain off-road conditions. Also, four-strokes typically offer much more engine braking, which many riders prefer. Most notably, four-strokes don’t have oil mixed in with their gas so they have cleaner exhaust emissions.

Four-stroke cons: Historically, four-strokes were heavier than two-strokes, simply because there are just more parts required to make them work, though the difference is fading as four-strokes get lighter. Heavier flywheels can cause a bike to handle differently and make it more resistant to changing direction. Four-strokes are also tougher to service since they are more complex. This is a wash, in my book, because while two-strokes are much easier to rebuild, they need service more frequently.

Two-stroke pros: As mentioned earlier, two-strokes are historically lighter and simpler. There are fewer moving parts to wear out and top-end rebuilds can be done in a morning before an afternoon ride. Two-strokes tend to have mind-melting power delivery as the revs come up. Modern two-strokes are more controllable and work better at low revs due to improvements in power valves, which are essentially small valves that can open or close the size of the exhaust port depending on engine speed.

Two-stroke cons: Premixing oil and gas is a small hassle that starts to wear on you due to the mess it entails. This con will be history soon due to the popularity of TPI (transfer port injected) bikes. It is admittedly a little bit of a drag to carry oil with me on long enduros to measure out and add to my fuel tank at gas stops. This is strictly based on the one time my oil bottle leaked on my snacks in my hydration pack.

Since two-strokes rely on the scantest lubrication to keep running, their pistons, rings, cylinders, and cranks wear out quicker, so you should plan on replacing parts more frequently on a two-stroke than a four stroke. Two-strokes also have a very unique exhaust design, with large, thin-walled pipes that are susceptible to denting and damage pretty easily from off-road obstacles. Finally, two strokes are dirty. Their exhaust is smoky and contains a fair amount of unburned gas, which is pretty detrimental to the environment.

What’s great about both two and four

In either case, your engine is firing thousands of times per minute as you ride, combining perfect ignition timing, fueling and scavenging to produce incredible power output from a small and lightweight package. They are generating their own electricity to recharge the batteries and/or energize their ignition coils. They are turning water pumps, ensuring everything stays at ideal operating temperatures via thermostats. I have been fooling with internal combustion engines since I was about five years old. I’m 41 now and am still fascinated with how they operate.

What about the sound? If you made it this far, you know that four-strokes go braaap and two-strokes go ring-a-ding-ding. I personally love the sound of two-strokes. The sound and smell make the hair stand up on my neck and my eyes water. To me, there is no more of an addicting feeling than when a two-stroke is “on the pipe.”

Either way, two-stroke or four-stroke, motorcycles are amazing. Ride whichever one suits you better or just ride whatever you can get your hands on and enjoy. 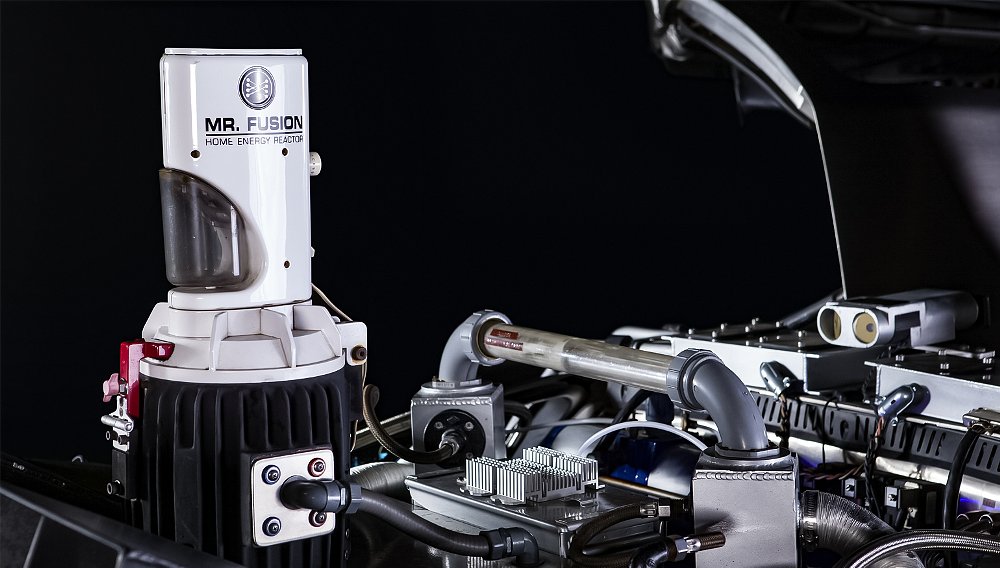 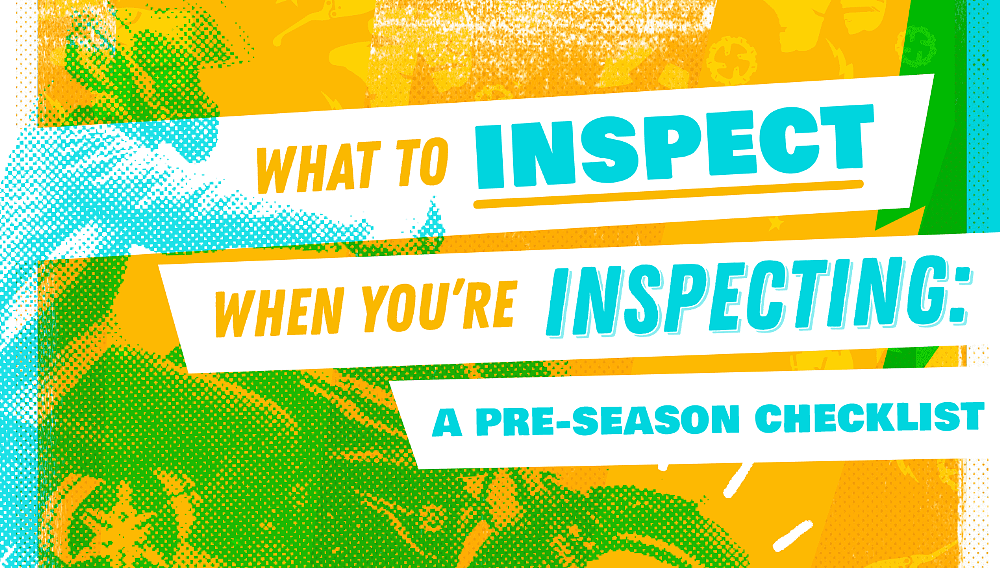 Where did all the two-strokes go? Lemmy