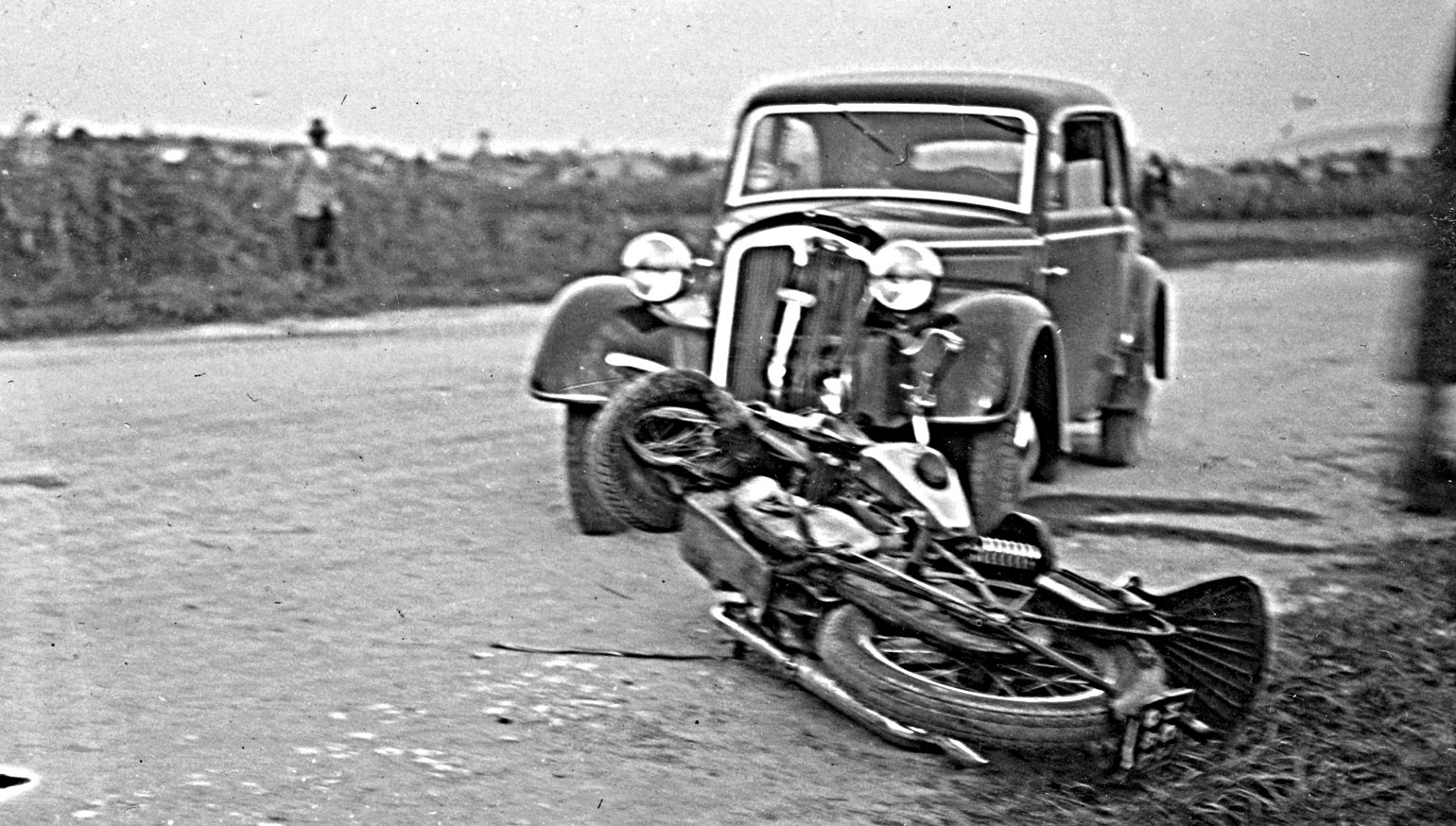 If you want to do one thing to avoid being involved in a motorcycle crash, it’s this: Pay extra attention at intersections, not just for other turning vehicles but also when you’re making a turn yourself.

The second thing is to be sure not to ride faster than your skills when you’re out of traffic and enjoying a curvy road.

Those are two of the findings I pulled from a preliminary report on the Motorcycle Crash Causation Study, an investigation of motorcycle crashes that the Federal Highway Administration calls “the most comprehensive data collection effort to investigate the causes, rider demographics, and opportunities for countermeasure development in the United States in more than 30 years.”

The danger of intersections comes as no surprise, but I did find one thing that I didn’t expect. There was a lack of evidence for a position I’ve been advocating for years: that continual, advanced training makes us safer riders. The stats in this particular study don’t show any such effects. I’m not ready to abandon my assertion, however, because there are some limitations with this study that may make it something less than the comprehensive report it is depicted as. So, let’s dive in and see what we can learn.

In addition to the Federal Highway Administration, funding for the study came from the National Highway Transportation Administration, seven state departments of transportation and the American Motorcyclist Association. The study was led by researchers at Oklahoma State University, in cooperation with private firms and consultants. The study examined 351 crashes with the three experienced investigators visiting the scene, interviewing riders and even examining medical records (with permission). A preliminary report on the study was presented earlier this year by Carol Tan of the Federal Highway Administration.

The push for the study was originally based on the fact that motorcycle fatalities doubled from 1997 to 2007 while overall highway deaths were flat or declining. Meanwhile, most people in the industry still referred to the so-called “Hurt Report,” named for lead researcher Harry Hurt (officially the “Motorcycle Accident Cause Factors and Identification of Countermeasures”), which was released in 1981. Clearly, motorcycles and traffic have changed a lot since then and updated information was needed.

Unfortunately, we did not end up with the national study we’d hoped for. Unlike the Virginia Tech study I wrote about earlier, which studied crashes in four states, the MCCS only investigated crashes in Orange County, California. While there’s a variety of roads in Orange County, I don’t think anyone would say it reflects the range of riding conditions nationally. To give just one example, while the MCCS examined injuries from crashes, 98.9 percent of the riders who crashed were wearing a helmet because of California’s helmet laws, and 74 percent were wearing a full-face helmet. This tells us nothing about what the results would be in a state without a helmet requirement.

MCCS findings that won’t surprise you

In addition to the 351 crashes investigated, the researchers interviewed 702 other riders to form a control group for purposes of comparison. The two groups — crashers and control — were split into five-year age categories. To summarize the data, crashes were overrepresented in every age group under 40 and were underrepresented in every age group above 40. The 21-25 age group not only accounted for the most crashes, but also was the most overrepresented. Riders in that age group only make up about 8 percent of the control group but were involved in about 22 percent of the crashes.

We are doing a few things to keep ourselves safer, however. For one, we drink and ride less than we used to. The Hurt Report, which came out in 1981, found that nearly 60 percent of motorcyclists who crashed had been drinking. The MCCS found that number to be under 20 percent. Speculation alert: While I do think that awareness of the dangers of (and higher penalties for) drinking and riding or driving has increased tremendously since the days of the Hurt Report, I also wonder if these numbers would be different in other parts of the country, where riding is more seasonal and more likely to be a social activity. We don’t know, because MCCS is limited to Orange County.

Now the one area that surprised me a little. I’ve always argued that ongoing education keeps us safer, whether we’re getting some instruction at a track day or taking an advanced course on street-riding skills. This study doesn’t support my argument, however.

If training really made a difference, then we should see a gap between the crashers and the control group. As the chart shows, however, there aren’t any big differences, except for two categories: Those who reported no training at all were a significantly higher percentage of the crashers than the control group (makes sense, intuitively) and those who reported that they were “self taught” were significantly underrepresented in the crashing group. Taking the state’s entry-level riding course, an experienced rider course or a track-based high performance riding course made no difference, according to these stats.

So, does that disprove my theory? Is training worthless? Or are there other factors involved? We can only guess. Maybe the riders who are sufficiently serious and enthusiastic about riding to take an advanced training course are also riding a lot more street miles, and are therefore more exposed to potential crashes. I don’t know, and I’m not sure we’ll know even after the full analysis of the MCCS data, but it’s the most interesting question I’d like answered.

I’m hoping we’ll have a more thorough analysis of the data from people who are better equipped to interpret it than I am able to do from a preliminary presentation. In any case, even if the MCCS is “the most comprehensive data collection effort” on motorcycle crashes, then that just shows how much further we need to go — well beyond a single county in California.

Surviving the crash: How a great day turned into a long rehab Dan McBrearty