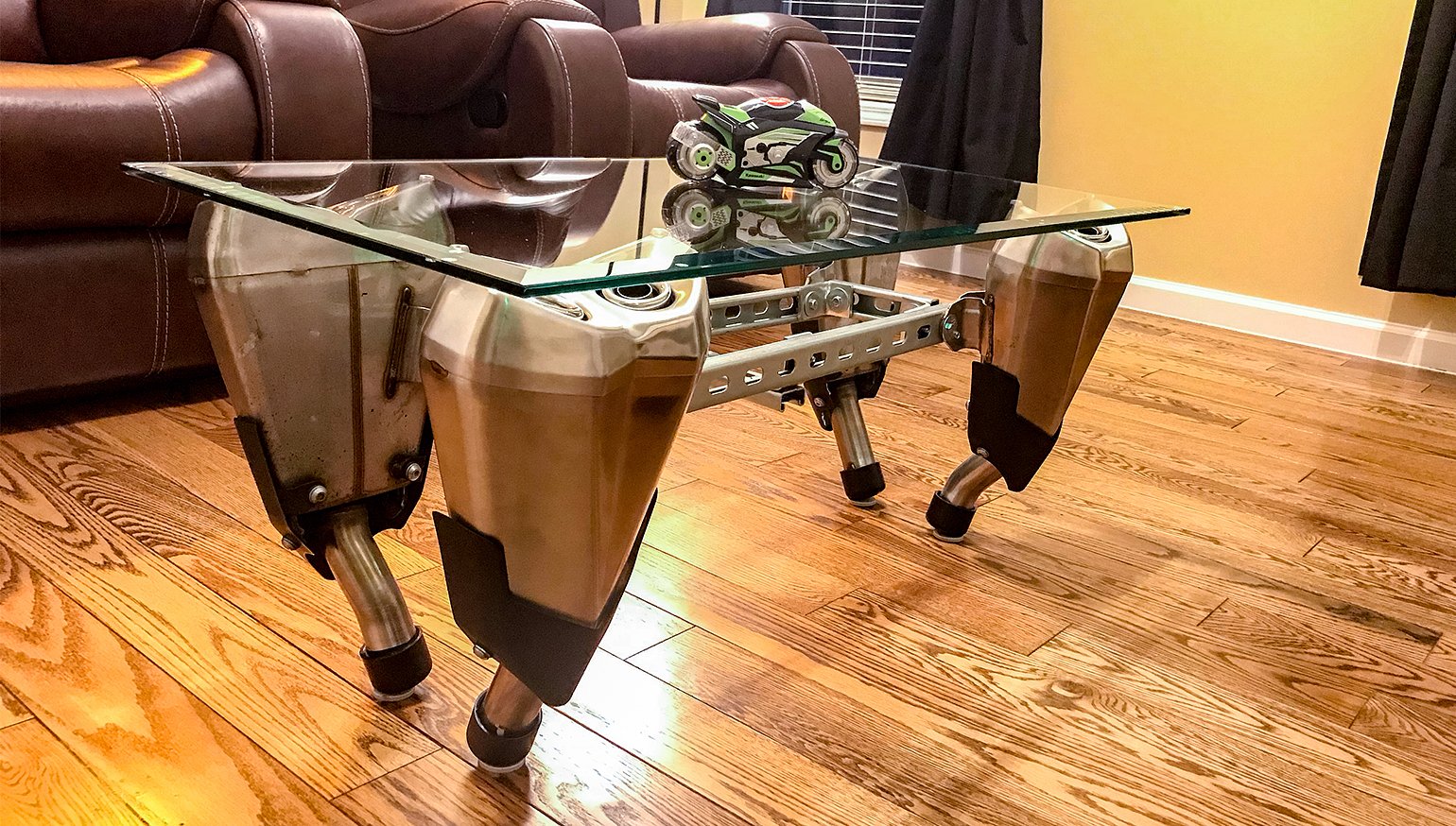 Polar vortex putting a damper on your riding season? Maybe there’s some other motorcycle-related stuff you can do. Like building furniture.

Poke around any motorcyclist’s garage long enough and you’ll probably find a few spare parts hidden away. Or, if you’re me, enough spare parts to build a few motorcycles. Windshields, turn signals, exhausts, shocks, wheels, sprockets… Maybe even an engine or two. What to do with all of it?

You could try selling your stuff. Or give the parts to someone who could use them to finish a project. Zack’s rad Sportster we featured a few weeks ago was made possible with donated parts from some good friends.

Let's say you tried selling or donating. Nobody wants your junk. Instead of sending those parts to the landfill, build something useful out of them. That’s exactly what Eric G. did with his Kawasaki Ninja 1000 parts.

“I had a room at the house I intended to make into a mini man cave, and a friend gave me some motorcycle pictures to hang up to get me motivated," Eric recalled. "I wanted to add something more personal. So I looked at what I had and asked, 'How can I make these parts usable? How can I make them into something that’s meaningful to me and what I ride?'" Off to the parts bin.

With his background as an electrician, Eric started with his discarded rear fender and taillights. First, a small motorcycling sign he’d been gifted was mounted in place of a license plate. Then he snaked wires to a 12 volt transformer through the wall so the Ninja’s stock bulbs could burn again. Lights installed with the pictures that kicked the whole project off, Eric started thinking bigger.

Next were the Ninja's dual exhausts, which even their owner admitted are ugly as sin on the bike. “I only had the two,” Eric explained. “If I had two more, I could make legs for a table.” A fellow Ninja 1000 owner donated his stock mufflers to the project, but there was a catch. “The four mufflers are all slightly different sizes. Kawasaki made small changes between model years, and even left and right mufflers from the same year are not the same length.” A little creativity with the mounts and PVC feet resulted in a sturdy frame, and a glass top tied the table together. “The feet have felt pads for moving the table around the floor. It’s heavy as hell!”

Looking at his remaining parts, Eric grabbed his spare windshields for his final project. LED lighting routed inside the clear plastic produced a perfect Kawi green wall sconce. “They’re held to the wall with tail tidies, so they’re really all made with motorcycle parts.” Toss a Kawasaki banner over the whole thing, and it's really looking like a motorcyclist's den now.

Homebuilders like Eric aren’t the only ones turning moto parts into furniture. Shops with loads of parts lying around, like Classified Moto, have turned to repurposing clapped-out components instead of tossing them. Floor lamps, coffee tables, shelves, anything's fair game when it's just going to be scrapped anyway! Shocks, handlebars, and sprockets seem to be especially popular choices since they're common items to swap out.

Here's another situation that might inspire some motorcycle part recycling. Say your motorcycle was destroyed in a garage fire, like the Harley-Davidson whose parts were turned into the table shown above. If you can bear to be reminded of your ruined bike, look for the silver lining and keep it going in some form.

Like the photos Eric's friend gave him, this article is just here to get your creative juices circulating. A little shop know-how and a few parts are all you need to get upcycling with your old moto junk. And of course, if you've got some repurposed motorcycle parts, we'd like to see 'em! 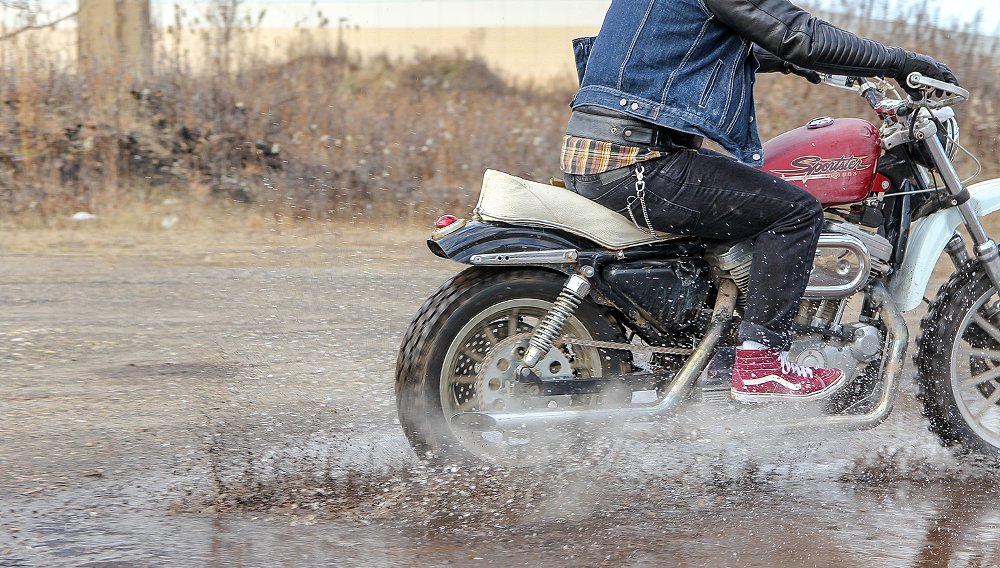