What to read when you're not riding

If it's cold outside and you can't take a ride, maybe what you need is a really good read. Or maybe you're looking for a gift for your favorite rider.

Either way, a few Zillans put together this completely non-comprehensive, entirely personal list of suggested readings (and one movie) to get you started.

What do you mean it's no longer in print?

It seems that all of the books I like the most end up out of print due to a lack of reader interest. I am not sure what this says about the validity of my recommendations. As cold weather moves in, Lemmy likes a good read to accompany his nightcap. These are some recommendations I have made to him.

“The Old Man and the Harley: A Last Ride Through Our Fathers’ America” by John Newkirk

John Newkirk unearths his father’s journals, which tell of a trip from the World’s Fair in New York to the World’s Fair in San Francisco in 1939. "The Old Man and the Harley" is the true story of his father’s journey prior to being shipped overseas to fight in World War II. This book is a trip back in time to the pre-war America my grandfather used to tell me about on our fishing trips when I was a kid. It just happens to include old motorcycles.

“Leanings: The Best of Peter Egan from Cycle World Magazine” by Peter Egan

While Lemmy enjoys reading Peter Egan, he loves even more making fun of how much I enjoy Peter Egan. I’d read Mr. Egan’s accounts of all sorts of trips in motorcycle publications for years, but it was an article he wrote in 2003 entitled “The Search for Robert Johnson” that supplied the knock-out punch. My dad passed along the story thinking I would be interested in reading about the music side of the article, but instead I became obsessed with the motorcycle, a Triumph Bonneville. Some 18 months later, I was the proud owner of a 2005 Bonneville T-100. Motorbooks has now published three editions of “Leanings,” collections of Egan’s columns and articles.

“Triumph Motorcycles in America” by Lindsay Brooke and David Gaylin

This wasn’t so much a recommendation as a request. I had mentioned to Lem that I was looking for a copy of this out-of-print edition and asked him to keep a lookout while he stalked old Harley parts at the swap meets. He surprised me with this for Christmas last year. While there are a ton of books out there on old Triumph motorcycles, this one does an excellent job of tracing Triumph’s trajectory in the U.S. market.

I typically even ride in the winter, but some days, you are better off staying indoors with a good book that can take you on a journey, inspire you to do more than you think you can do, or teach you something new.

This book written by a friend, motorcycle journalist, and self-publishing guru Carla King is set in 1995. As part of an R&D test that Ural was hosting to prep its sidecar bike for the U.S. market, King circumnavigated the United States for four months, zig-zagging in and out of Canada and Mexico. It was no easy trip, with surprises along the way, and even a little romance. This book has it all!

“Freedom on Both Ends of the Leash: A Dog, His Man, Their Journey” by Ara Gureghian

When Gureghian loses his only son to cancer and adopts Spirit, a dog on death row, a few days later, his life is changed forever. The book tells of his travels with Spirit on a BMW with a Ural sidecar as they get lost in the backcountry while soul-searching their way toward the horizon. This is a great read and Gureghian is an author I hope I get to meet some day.

“Jupiters Travels: Four Years Around the World on a Triumph” by Ted Simon

This is a classic of adventure that’s on many people’s bookshelves. Simon travels the world for four years, through 45 countries, in the 1970s, even through wars and revolutions. You might want to grab a blanket, a book light and large cup of your favorite drink, because you will find yourself sinking deeper into your reading chair and you may get nothing else done until you finish it.

If Ted Simon’s adventures inspire you to follow his wheel tracks, here are two books you may find helpful. In a “bigger is better” world, Andrew Pain sets out to show the benefits of going small. He has traveled the Americas on lightweight bikes and his book is packed with tips on saving weight and packing wisely. Chris Scott details his adventure riding through many parts of the world and provides advice on borders, medical help, shipping your motorcycle and more.

So much to read. So little time.

These days, it’s easy to find accounts of people who liquidated their belongings and set off to travel the world on a motorcycle, but Gardiner left it all behind to pursue a different dream. He went to live on the Isle of Man and race the TT. Hollywood would have him fall in love with a local lass and, of course, win the Junior TT, but this book is about reality, which is more interesting and less predictable.

This is another book that predated the popularity of adventure touring, like "Jupiter’s Travels," and another case of a man pursuing his own personal and eccentric goal, at all costs, like "Riding Man." Culberson decides to ride the length of the Pan-American Highway, from Alaska to Tierra del Fuego. The problem, of course, is the Darien Gap, an untamed patch of jungles, swamps and mountains that's barely passable on foot. Everyone else takes a boat around it. Culberson is determined to get his BMW R 80 G/S, “Amigo,” through the Gap, however. Why? Because obsessions die hard.

“Rebuilding the Indian” by Fred Haefele

Honestly, I’m throwing this in as a wild card, knowing not everyone will like it. At age 51, the author, now on his second career (which is playing havoc with his aging joints), and on his second family (his wife is about to give birth), decides to buy and rebuild a 1940s Indian because “I’ve come into $5,000 and I’m in the mood to do something foolish.” There are so many ways the premise of this story could lead down the wrong road, but instead this a well told, personal tale populated with a memorable array of small-town Montana characters. I really want to lend my copy to Lemmy, just because I can’t figure out for the life of me if he’d love it or hate it, and I want to find out.

Old stuff and how to fix it

Most of you know me as the old bike guy. If you like old Harleys, here are two books you should consider, and the third book is one you should have no matter what motorcycle you own.

“At The Creation: Myth, Reality, and the Origins of the Harley-Davidson Motorcycle, 1901-1909” by Herbert Wagner

This book tells the story of Harley-Davidson's formation and ascension to the top of the American motorcycle pile. It's painstakingly researched and explains how many of the things we thought we knew are wrong. Early historians relied on a few sources, which themselves were flawed. Though it's totally a historical book, it was a real page-turner for me.

“How to Restore Your Harley Davidson” by Bruce Palmer

This book has finally been reprinted! Prior to the reprint, the book was selling for well over a thousand bucks a copy on Amazon. That’s because if you're restoring a Knuckle or a Pan, this book is the bible. It has a ton of photographs and explains the minutiae that differentiate seemingly identical parts.

I have all kinds of manuals — OEM, Clymer, Chilton's, and a host of others. They're all worth their weight in gold, but the factory manuals really shine. Service manuals are the definitive resource on keeping your sled moving, and the parts manuals are great for seeing how items go together and providing part numbers to help source obsolete parts.

Originally, this was open to books and movies, but it seems like I’m the only one to suggest a movie. Who knew my fellow Zillans were so literary?

A traditional biopic more than a pure racing movie, Road focuses on the racing careers of Joey and Robert Dunlop, using archival footage and video from the 2013 Isle of Man TT, the Ulster Grand Prix, and the North West 200 to highlight the current Dunlop racing legacy and convey the speed and excitement of road racing. The film doesn’t shy away from the dangers of the sport and it offers a good hard look at the psyche of a road racer. If you want to see what sets racers apart, Road will be a perfect way to spend a winter evening. 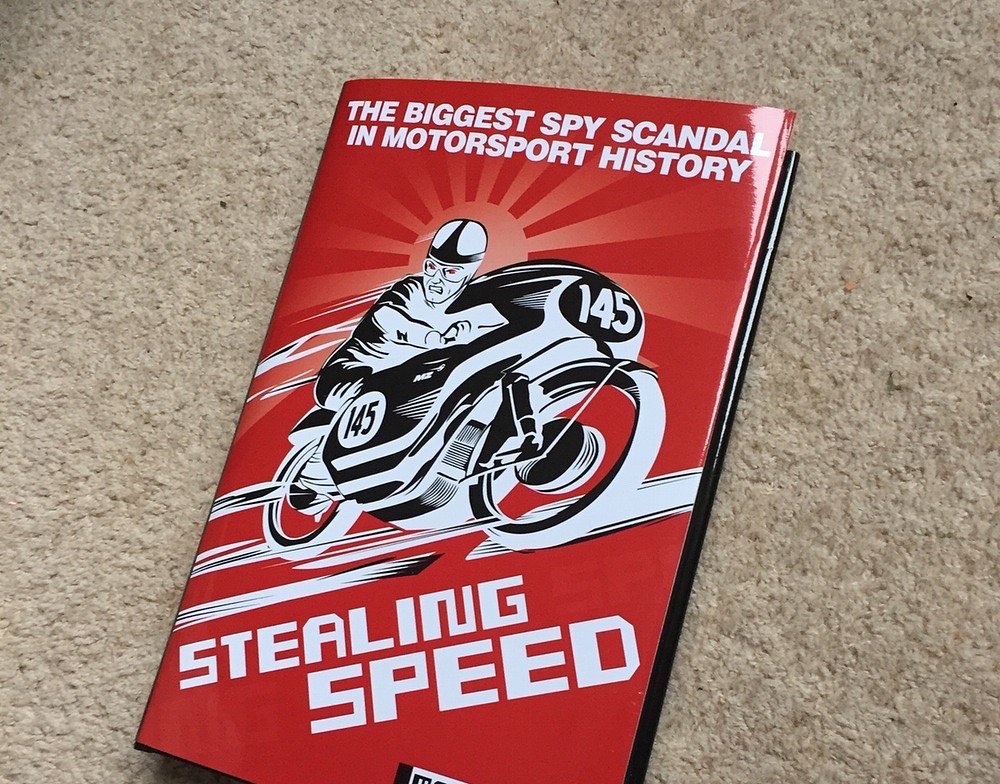