Kate Johnston was in her first day on the remote Dalton Highway in Alaska, not yet at the halfway point of an epic ride no other woman has done, when she saw the wolf. It stood by the side of the road, watching her approach. It will just run off, she thought.

"As I'm getting closer, it runs at me," Johnston recalls. "I'm like, 'Holy crap!' The wolf charged me! I was not expecting that."

Fortunately, she did not crash at that key moment (that happened later on Oil Spill Hill on the Dalton) and horsepower prevailed, so she and her BMW F 700 GS sailed past the aggressive wolf.

It's a little surprising that the wolf encounter was the only really hair-raising incident on Johnston's ride, considering the scope of the undertaking. In July, Johnston became the first woman to complete one of the Iron Butt Association's most grueling rides, the Ultimate Coast to Coast to Coast Insanity ride. If you're thinking that "coast to coast" means Atlantic to Pacific, think again. The CCC requires the rider to go from Key West, Fla., to Dead Horse, Alaska, on Prudhoe Bay, and back to Key West, all within 30 days.

Johnston's ride, which has already been officially certified by the Iron Butt Association, took her 10,767 miles in 24 days from Key West to Prudhoe Bay and back. That's not counting the mileage between her home, in Riegelsville, Penn., and Key West, which brought her total riding mileage to 13,560 for the trip.

Only two females have completed the CCC prior to Johnston: Anavel Boge and her 7-year-old daughter, Laura, rode as passengers in a sidecar rig with Michael Boge, as the entire family did the ride in 2012. That's impressive enough. But Johnston, at age 35, is the first woman to do the CCC as a rider, not a passenger.

There are two other things you should know about Kate Johnston to put her achievement into perspective. First, she's diabetic. Clearly, that doesn't slow her down, but it does mean that she can't ignore her diet, like some do on a long trip, and she has to carry medical supplies with her. The second remarkable thing about the woman who just rode the Coast to Coast to Coast Insanity ride is that she has only been riding motorcycles for a little more than three years. That's right, in just over three years she has gone from a total newbie taking the Motorcycle Safety Foundation Basic RiderCourse and buying a Honda Rebel 250 starter bike to completing one of the Iron Butt Association's most difficult rides.

Of course the first question many people, especially non-riders, ask, is: Why?

"I wanted an adventure," Johnston explains. "You read and see all these people going on grand adventures. I wanted to go on a great adventure. It just happened that I was the first woman to do that, but that was like a little cherry on the cake."

Of course adventure must include some adversity. Johnston rode through temperatures ranging from 101 degrees in Tennessee to 40 degrees and snow flurries in Alaska. The worst conditions were on the Dalton Highway, where it rained three of the four days and she saw those 40-degree temperatures on her BMW's dash.

"When we went over the Atigun Pass (the highest point on the Dalton), we literally didn't know we were going over the pass, because visibility was about five feet," she says.

It was Anthony Mills who introduced Johnston to motorcycles. She began riding as a passenger with him, but soon decided to move up to the front seat. On the CCC ride, he flew to Alaska and rented a motorcycle to ride the Dalton Highway with her. It's not a good place to ride alone. A few other Iron Butt members following her progress online joined her for a few miles along the way, some buying her a tank of gas to contribute to her record-setting run. But for the most part, she rode alone, and she was fine with that.

"I just love being in the seat of a motorcycle," she explains. "It's like Zen. The rest of the world melts away.

"I'm a person who likes to be alone. I love people, too, but that time to myself was just priceless. I think everyone should take a trip by themselves at some point. You get to know yourself when all the things that revolve around us in life disappear."

Johnston took an off-road riding course and, before she left for the CCC, she increased her exercise. The BMW was also prepped. It already had the hard panniers, but she added an auxiliary fuel tank and carried a container holding another liter of fuel, giving her 6.1 gallons total. To some people's amazement, she rode the entire trip on the stock seat.

She switched tires twice, starting out on Michelin Anakee 3s, switching to Heidenau K60s for the long, unpaved stretches in Alaska, and fitting Metzeler Tourances for the last leg. The foul weather and grime of the Dalton Highway destroyed her chain, so it was replaced in mid-trip. But she suffered no mechanical problems.

"I thought Canada was the most beautiful part of the trip," Johnston says. She particularly recalls the scene shown in the photo above, but swears the photo doesn't do it justice.

"The rain stopped and there was steam rising off the lake," she says. "It was just surreal. It was the most beautiful scene I've ever seen. I've never seen purple mountains before. You read about that, but I'd never seen it. They really are purple."

Low point? Maybe Oil Spill Hill on the Dalton, where she had her one crash. It's a steep slope with a sand wash at the bottom, so she was zooming along on hard pack until suddenly, with no warning, she was adrift in loose sand. Later, describing the incident to a local, he told her it was called Oil Spill Hill and a dozen or so motorcycles crash there every year. She couldn't help but think that the information would have been useful to have before, not after, the ride.

So how did bananas become the theme of this ride?

Though her diabetes caused no problems, early in the ride, in the heat of Georgia, Johnston found herself suffering muscle cramps and an irregular heartbeat at the end of the day. From then on, to keep her potassium levels up, she was careful to eat bananas, or, when she got too far north where they weren't available, dried banana chips. It became a theme of the trip among the people following her progress online.

As she neared the finish line, Mills told her on the phone that he had a surprise waiting for her at the Key West southernmost point marker. Somehow, she knew it would be a guy in a banana suit. Was it? He was not pleased she'd ruined his surprise.

In three years of riding, Kate Johnston has gone from zero to the record books, having ridden nearly 11,000 miles in all kinds of conditions in less than four weeks, having fought off a wolf and survived a dancing man in a banana suit. We can't wait to see what she does next. 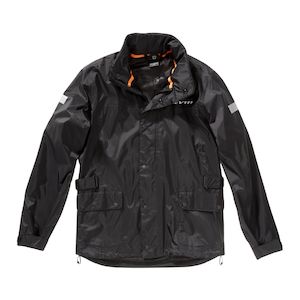 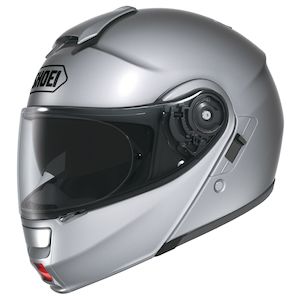