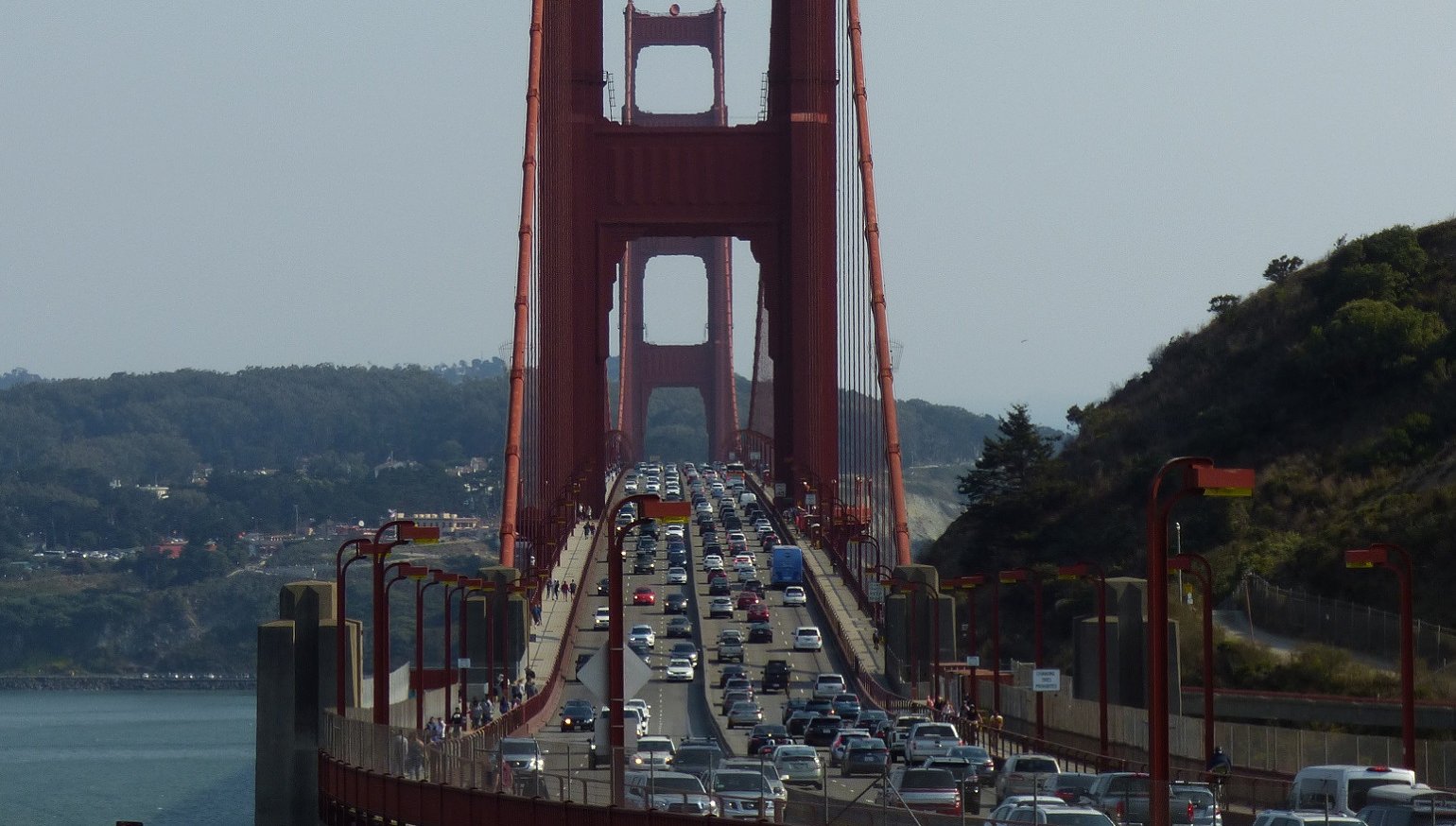 I wish lane splitting was legal but it wouldn't save motorcycling

I just got home from a trip to California with two realizations in my head: Solutions are never as simple as we'd like them to be and lane splitting is not the cure-all solution to making motorcycling more popular in the United States.

What am I talking about? Well, every time we run an article about the state of the motorcycle industry in the United States and what various corporations, organizations and individuals are doing to try to reverse the decline of motorcycling, our comments section fills up with suggestions. One of the assertions I've heard proposed for years, long before Common Tread even existed, goes something like this: If we made lane splitting legal in all 50 states, motorcycle sales would take off, because all those people stuck in their cars would want to get out of the traffic jam and get home from work sooner.

Let me state a few things clearly. California traffic sucks and lane splitting makes it suck a whole lot less. I am not against lane splitting. (I did miles of it on this trip, and didn't die in a tragic fireball, as some of our readers regularly predict.) I think it should be legal in all 50 states, just as it is virtually everywhere else in the world. Done responsibly, it is a positive for all road users.

But... it's not a magic bullet for making motorcycling more popular.

You may point out that California leads the nation in motorcycle registrations, and that's true, but only because California leads the nation in population and the most vehicles on the road. What struck me as I traveled around, from the beautiful curves of the Pacific Coast Highway in Big Sur to rush-hour San Francisco to the busy highways east of the Bay, is that despite legal lane splitting — and mild weather — motorcycles were still a tiny part of the traffic flow. Not even one percent, by my rough estimates.

To back up my observations with some harder data, I looked up some stats on the Federal Highway Administration web site. Removing buses, trucks and government-owned vehicles, I compared the number of motorcycles registered for street use to the number of private cars registered. Motorcycles make up five percent of those registered private vehicles in California. That doesn't put California even in the top half of the states, much less on top.

Consider a partial list of states that have a ratio of motorcycles to cars at least twice as big as California's: Montana, Alaska, Idaho, North Dakota, Iowa, Maine, New Hampshire. None of those places are typically thought of as the center of motorcycling culture and certainly none have weather as conducive to riding as California does.

What's my point? As much as I would like to see responsible lane splitting allowed everywhere (or at very least, filtering in stopped traffic), I have to admit that while it would improve my life a little, it would not bring motorcycling to higher levels of popularity. If that's all it took, then a few million California commuters sitting in their cars in gridlock today would go out tomorrow to shop for a motorcycle. Instead, they will go out tomorrow and get back in their cars.

In my opinion, solutions are not simple because of two factors: cultural attitudes are a headwind and we are going against the very basic human desire to be comfortable all the time. Let's look at those two, briefly.

Motorcycling is huge in countries such as Spain and Italy because it is part of the culture. It's normal for kids to get their hands on a scooter. In countries like the Philippines, Indonesia, Vietnam and India, two-wheelers are everywhere because they are relied on for transportation, which makes them an accepted part of the culture. In an increasingly safety-conscious U.S. society, motorcycling is a foreign experience to many. Of course there are examples of people who were never exposed to motorcycling in their childhoods — none of their family members rode — who later took up riding, but those are the rare exceptions.

The other factor is simply comfort. Motorcycling became ingrained in places such as Japan and Europe after World War II as people needed inexpensive transportation. Motorcycles dominate in some Asian countries due to the same need for cheap transport. But I don't know of a society that became wealthy enough to replace its motorcycles with cars and then went back to motorcycles as primary transportation. You don't see young British families of four using a motorcycle and a side car as the main family transportation these days, though that was the case in the post-war era.

Think about how often people make a choice based entirely on what is most comfortable or convenient. It's a minority perspective to choose the experience of being out in the sun and maybe the rain and getting smacked with bugs at 70 mph instead of relaxed on heated seats in your climate-controlled car with the cruise control on, counting on the little lights on the dashboard to warn you if you drift out of your lane. That minority is not getting bigger, either.

That's why, as much as we might hope that all it will take is legal lane splitting, or higher gas prices, or cheaper new motorcycles, or free rider training courses, or some other silver bullet solution to make motorcycling more popular and make our industry more healthy, it's just not so. Each of those things helps incrementally, but there is no single, simple, sweeping solution.