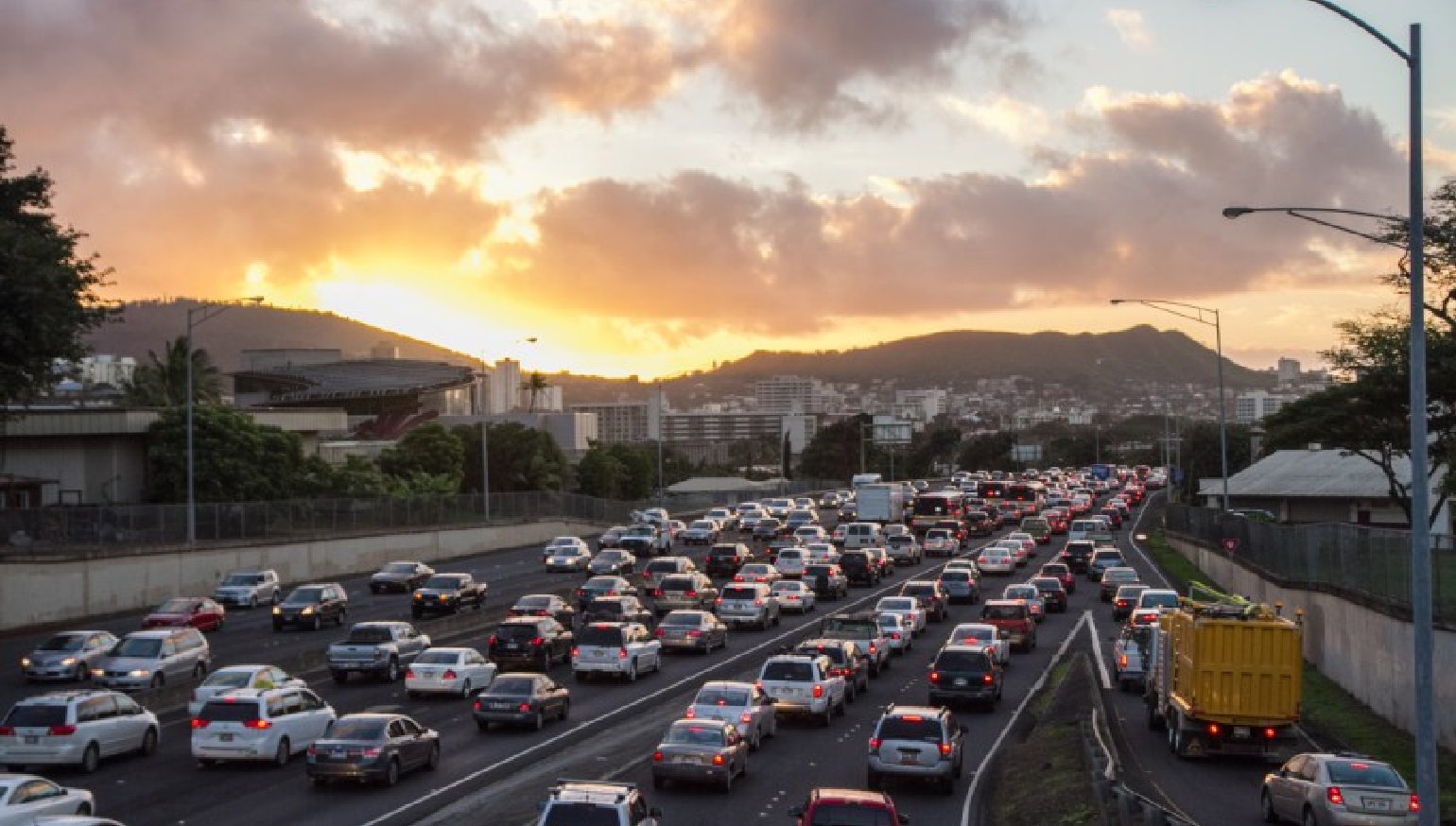 Lane splitting is not legal on the islands, though Hawaiians have debated filtering (allowing motorcycles to move to the front of stopped traffic) in recent months. Ultimately, opposition was too great. In a February interview, Deputy Director of Highways Ed Sniffen expressed his concerns with filtering.

"What does stopped vehicles mean?" he asked. "How long do people stop to allow filtering to occur? Then when people start moving again, what happens? How do motorcyclists get back into different lanes?" However, Sniffen and HIDOT explored other options. "[We’re looking at] maybe allowing re-purposing of the shoulder during that time, so motorcyclists could use the shoulder during times of congestion.” Not long after, a new idea was proposed.

Hawaii’s lanes are typically quite narrow, which makes them less than ideal for lane splitting or filtering. Their road shoulders, however, are quite tempting in heavy traffic. With a few stipulations, a bill allowing motorcycles to use the shoulder in approved areas passed Hawaii’s bicameral legislature.

Despite the legislature’s approval, shoulder-surfing remained controversial. Governor David Ige initially opposed opening the shoulder to motorcyclists. "The shoulder lane is designated to accommodate stopped vehicles and emergency vehicles on highways, as well as bicycles on arterial roadways,” reads his Intent to Veto list. “There is concern that this will compromise road safety and create more dangers for operators of all vehicles.”

Legislative support remained strong, however. In Hawaii, any bill that goes unsigned or is not vetoed becomes law by default, and Governor Ige chose to allow the bill to pass without his explicit approval. “Although I believe safety concerns remain, I will work with the Department of Transportation to properly vet which shoulder lanes will be accessible to motorcycles,” he explained. Shoulder-riding zones will be restricted to roads with at least two lanes per side, plus shoulders of adequate width and condition for riders to pass safely.

Motorcycling advocacy groups around the country will be carefully watching the Hawaiian experiment to see if riding the shoulder can move motorcyclists out of congestion without the risks many Americans associate with lane splitting or filtering. Me? I’d rather rent a bike in Oahu and try it myself. For research, of course.