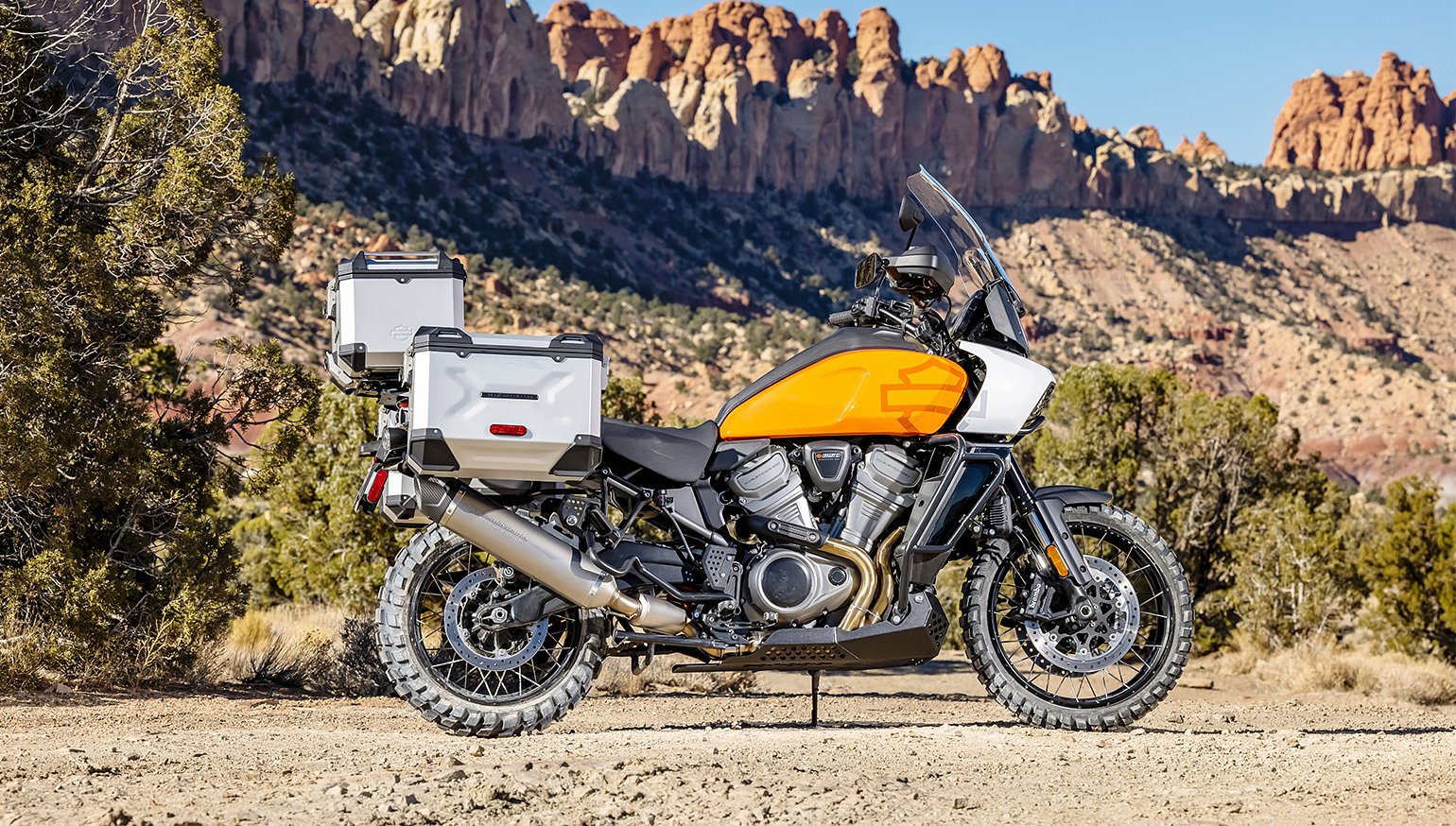 Harley-Davidson just revealed the long-awaited Pan America adventure motorcycle, the company’s first foray into the highly competitive ADV space. This bike also marks the introduction of the (presumably) modular liquid-cooled V-twin Revolution Max engine that was shown in the Pan America, Custom, and Bronx concept bikes. It’s a big day for the MoCo.

“From its inception more than a century ago, when many roads were little more than dirt trails, Harley-Davidson has stood for adventure. So, I’m very proud to present Pan America as the first adventure-touring bike designed and built in America,” said Chairman and CEO Jochen Zeitz. “The Pan America models exude that go-anywhere spirit, shared today by riders in the U.S. and around the globe who want to experience the world on a motorcycle.”

First adventure-touring bike built in America? A moment of silence for the Buell Ulysses, please.

I’ll get straight into the Pan America’s details in a second, but I think you should read the details with a price in mind. The Pan America starts at $17,319. For reference, the base Honda Africa Twin is $13,999, the base Suzuki V-Strom 1050 is $13,399, the KTM Super Adventure S is $18,599 and the base BMW R 1250 GS is $17,995 if you could ever find one. The Yamaha Super Ténéré feels close in price and purpose at $16,299. Of course, there are many other ADV options out there, and to compare all of them against the Pan America would be an article in itself. These numbers are intended to give some reference for Harley’s positioning for this bike, especially for readers who don’t spend much time around adventure motorcycles.

With that out of the way, let’s see what Harley’s got for us.

The Pan America, “Harley-Davidson’s explore-it-all machine for riders who see touring as detouring,” weighs in at 534 pounds wet in base trim. It’s powered by Harley’s new Revolution Max 1250 engine, a liquid-cooled, 60-degree, DOHC V-twin with variable valve timing and hydraulic self-adjusting lifters. It has a bore of 105 mm, a stroke of 72 mm, and a total displacement of 1,252 cc, breathing though a washable filter and a full stainless exhaust.

The Revolution Max 1250 produces 150 horsepower at 9,000 revs, with 94 foot-pounds of torque coming on at 6,750, all with an average fuel economy of 46 mpg (est. city/highway), according to Harley-Davidson. With its 5.6-gallon aluminum tank, the Pan America should be good for around 250 miles per fillup. Happily, the Pan America includes cruise control as standard.

The frame is actually three components that bolt to the engine: a forged aluminum “mid-structure” with steel trellis sections up front and under the tail. An aluminum swingarm, cast as a single piece, brings up the rear. The seat height can be adjusted from a high position (35.2 inches) to a low position (34.2 inches) without tools to suit a wider range of riders. More on that later, with the Special’s semi-active suspension.

The Revolution Max was built to be stiff enough to serve as a stressed member in the middle of the chassis, where it’s on full display. Harley didn’t want to hide their new engine or its clean, distinctive lines. In fact, take another look at how nothing crosses in front of the right “display side” of the bike except the exhaust. The left side has a little more going on, sure, but the overall execution manages a premium look in the utilitarian ADV space. Harley compared the styling to that of “a good multi-tool… function [leading] form.” The bike features integrated grab rails and luggage mounts for the adventuresome tourer. Wheelbase is among the longest in the class at 62.2 inches, which makes sense with Harley’s expectations for passengers and plenty of luggage.

The production bike sports the same basic design we saw with Harley’s initial concepts: minimal bodywork, a stepped seat, radiator covers along the sides, and a polarizing bullnose that’s equal parts Road Glide and light bar. I think it looks tough with a U and two Fs. According to Harley, its wide shape is especially beneficial when off-road riding in low-light conditions. We see a similar windshield to the concept’s, too, now with four positions of adjustability that can be raised or lowered while riding with your clutch hand.

The Pan America is available in two versions. Let’s look at the standard version first, then we’ll get into the up-spec Pan America 1250 Special and its additional features.

Harley made sure that the Pan America shipped with a suite of rider aids to stay competitive. “This broad collection of technologies is designed to match motorcycle performance to available traction during acceleration, deceleration and braking,” says Harley. Brembo supplies the dual radial monobloc calipers up front, as well as the master cylinder and adjustable lever.

The Pan America’s five modes are also rider aids in their own way. You’ll get Road, Sport, Rain, Off-Road, and Off-Road Plus on the base model, with an additional two custom modes for the Special.

All these assists and features are managed with the Pan America’s 6.8-inch TFT display. This screen is touch-capable as long as the motorcycle is not moving; you’ll have to use the button controls by the handgrips for changes on the fly. The tilting, anti-glare dash connects with smartphones, as you’d expect, to handle calls and music, while navigation “is supplied by the free Harley-Davidson® App for iOS or Android.” Harley’s ride-planning tools came highly recommended in our motorcycle GPS article, so here’s hoping for more of the same.

The Pan America’s cast wheels measure 19 inches in the front and 17 inches in the back, shod in Michelin’s new Scorcher Adventure tires that were developed specifically for this bike. They look like bulked-up Scorcher 32s to my eyes. Harley recommends moving up to the Anakee Wild for anything more than a fire road, and even offers them as a factory upgrade. Tubeless laced wheels are a $500 factory option.

The base Pan Am has a fully adjustable, 47 mm fork and a preload-adjustable RSU, all from Showa. Harley claims the rear shock linkage keeps the rear suspension compliant enough for on-road duty, yet strong enough for thrashing in the wild. You’ve got seven and a half inches of travel here, with 8.3 inches of static ground clearance.

The base Pan America will be available in Vivid Black or, for an additional $250, River Rock Gray. Read on if you want all the bells and whistles on your Harley ADV bike.

For an additional $2,700 and 25 pounds of weight, the Pan America 1250 Special is aimed at the premium ADV market. The big story here is Harley’s semi-active front and rear suspension with what they call “Vehicle Load Control,” or VLC. This system uses inputs from various sensors to automatically adapt the bike’s damping to “the prevailing conditions and riding activity.” The Special’s VLC can even weigh its rider, passenger, and cargo to instantly adjust the rear preload settings for optimum sag.

A factory-installed option called Adaptive Ride Height (ARH, +$1,000) can push these abilities even further. ARH gently lowers the bike to its shortest suspension setting at stops so that the rider can get a foot (or two) down. It’s fairly sophisticated, too, with plenty of customizability. The Pan America lifts back up once underway.

Maybe a small step for ADV, but one giant leap for H-D

The Pan America’s success hinges on several factors. Will its specs, innovations, and real-world performance woo customers away from the other compelling options on the market today? How will the Harley community treat a liquid-cooled adventure-tourer that doesn’t have a square inch of chrome? And will dealers get on board with Harley’s new direction?

One line stuck out to me in Harley’s presentation: “The fact that you’re being so polarized about it is a really healthy reaction to have.” These motorcycles will need more than spec-sheet speculation and a cinematic introduction video to be judged, and we can’t wait to get our hands on one for a future first ride review. Look for the Harley-Davidson Pan America 1250 and Pan America 1250 Special to arrive in dealerships starting in May.

P.S. Harley also mentioned that the Custom cruiser concept would get a production version. Watch this space for more coverage of that bike, too. 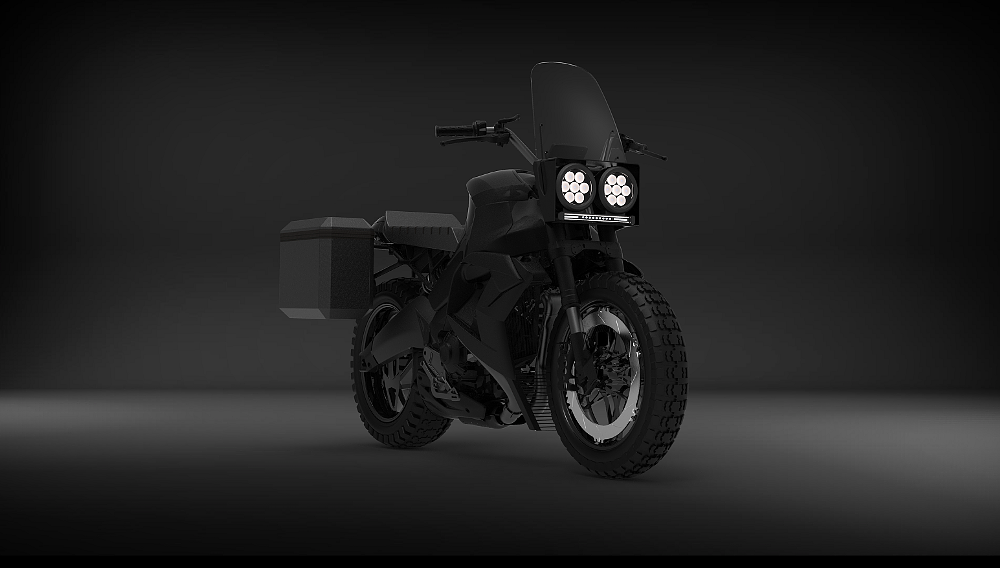 Buell is back and planning an adventure-touring motorcycle Lance Oliver 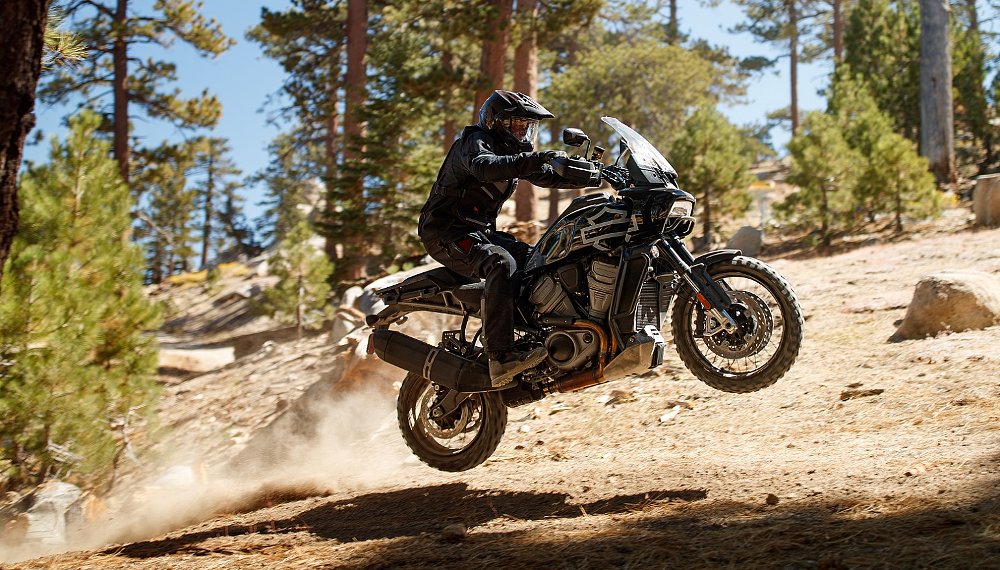 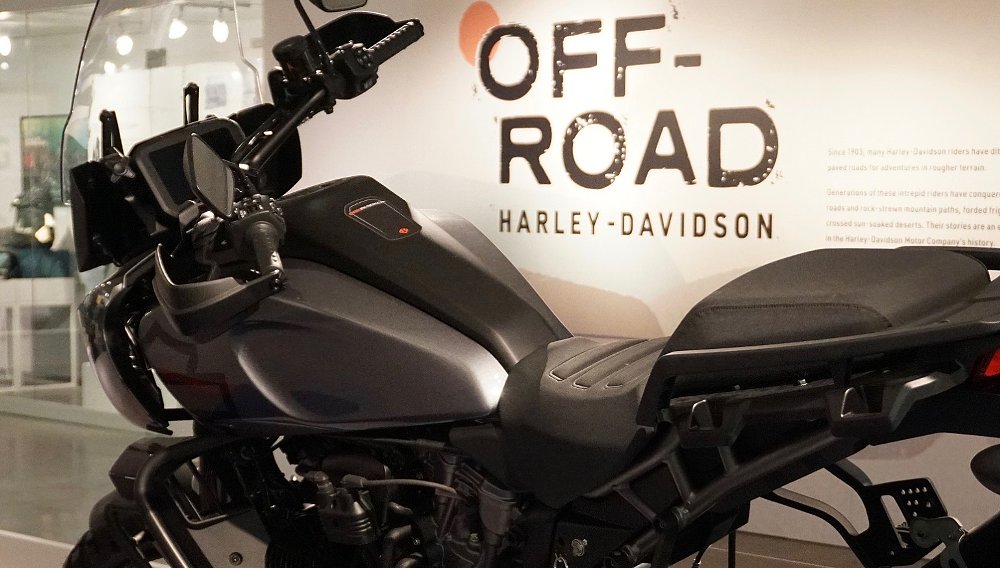