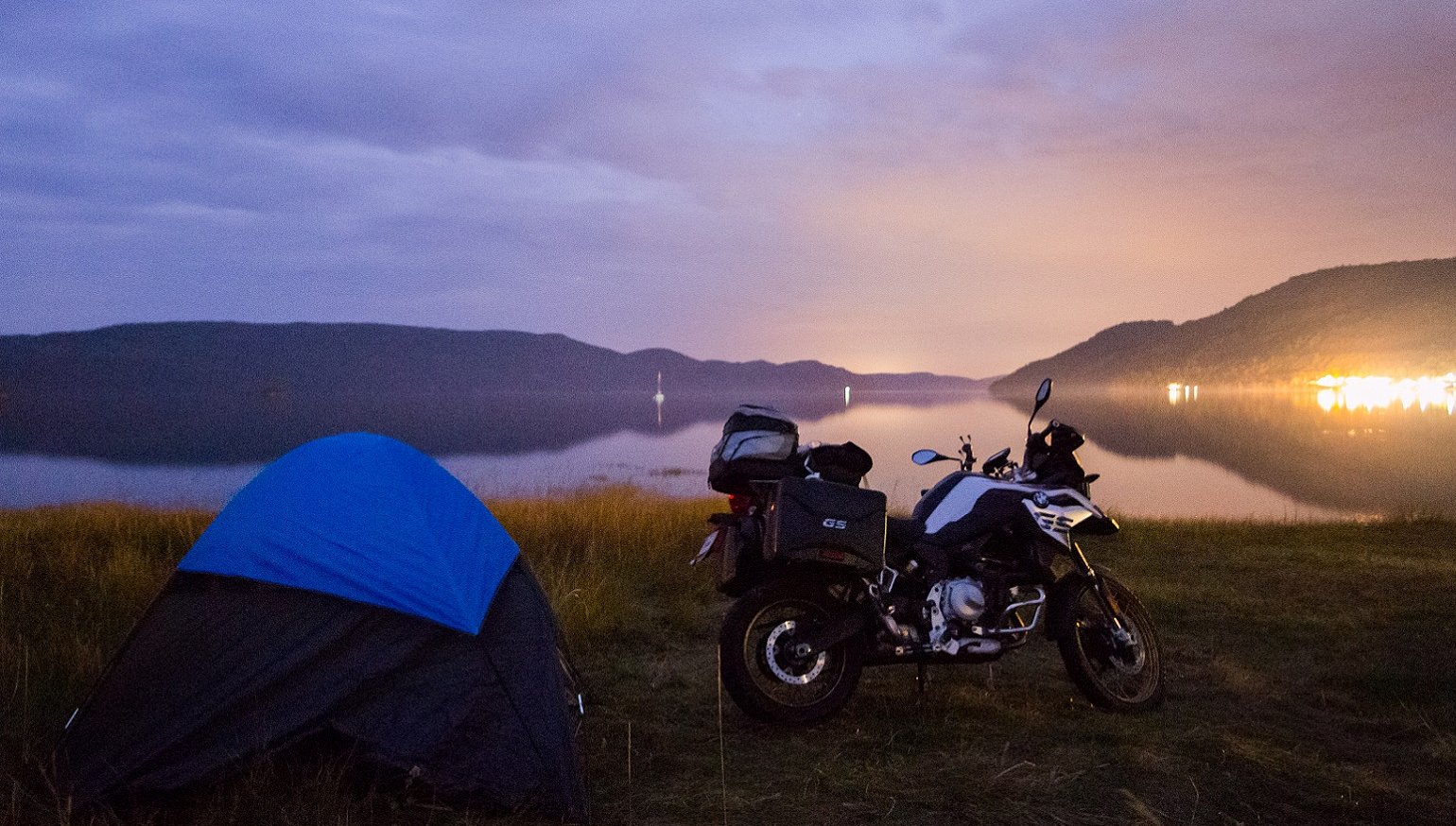 When most people think of motorcycling in eastern and maritime Canada, destinations such as the Cabot Trail, the Acadian region, or the Trans-Labrador Highway usually come to mind. But the true undersung gem of the area is the Côte-Nord and the Gaspésie Peninsula.

Eastbound from either side of Québec City are two routes along the St. Lawrence Seaway that draw a strong comparison to the Pacific Coast Highway. Riding Route 138 out of the northern end of the city, the scenery quickly fades from urban sprawl to a far more bucolic view. Seemingly endless ribbons of tarmac stretch along the shore at the base of mountains that grow grander and greener, passing through small, one-street towns dotting the countryside.

Once you reach the fork in the road at Baie Saint Paul, it’s absolutely worth turning off on Route 381 for for a detour. This route takes you on a quick ascent into the mountains and is home to some truly unadulterated wilderness. The landscape has a very alpine feel to it, dotted with pine trees and crystal blue lakes. At times I felt like I was on the other side of the continent in Alaska, completely away from civilization and loving every minute of it.

The terminus of the route brings you to the Saguenay Fjords, and yes, they are real honest-to-god fjords like what you would see in Scandinavia. To get a better look at the scenery, I recommend spending a night in L’anse St. Jean. This hamlet along the Saguenay River has some prime camping spots, even if they aren’t formally sanctioned. I was wary about pitching a tent next to the "no camping" sign until a local kindly informed me its not punishable by fine and the closest police office was almost two hours away, if anyone cared to complain!

When you crawl out of your tent in the morning, do yourself a favor and ride into town for breakfast at Café Du Quai. A crepe and a coffee on the harbor will set you right for the day ahead!

One by land, one by sea

In order to get from the northern region to the lower Gaspésie, you’ll need to take a ferry. There’s a multitude of crossings, but I recommend riding to the terminals at Base Comeao or Godbout. As Route 138 progress, you fully start to grasp just how massive the St. Lawrence River is. As I got lost in the hypnotic repetition of rising from the shores and cresting over the hills, I lost sight of the other shore on the horizon. The ride between Saguenay and the Baie Comeau ferry terminal is absolute bliss, and traffic is practically non-existent. When there were cars around me, they were incredibly respectful towards motorcyclists. As a resident of Washington D.C. (second worst drivers in the United States, mind you), it was a pleasant surprise to see them either hold a brisk yet controlled pace or get out of your way.

It’s best to arrive at Baie Comeau in the evening and catch the first ferry the following morning. It’s a quaint city, but if you’re like me and prefer a tent to a hotel, there’s a prime spot right outside of town. If you continue on Route 138, there’s a small dirt road just past Mistassini that is moto camping heaven. A wide open gravel plot awaits you with an expansive view of the St. Lawrence and an opportunity to spot breaching whales.

Once at the ferry terminal, be prepared for a bit of an experience. The ferry ride is 2.5 hours long, and the water can be rough at times. There’s no one to help strap down your bike in the car bay, so make sure those tie down points are good and secure. Once the ferry casts off, head up to the top deck and take in the view!

Once you reach the other shore, you’ll be riding onto Route 132 around the Gaspésie Peninsula. This region of land is the horn of Québec that sits over top of Maine and New Brunswick. The landscape on this side of the river is just as stunning, and continues the trend of gentle curves and rolling hills kissed by sun and the brackish sea air. Riding in the shadows of the sheer cliffs of Gros Morne ranks in my top 10 riding experiences. Although this region of Québec is by no means populous, fuel and civilization are still easy to come by.

For those who don’t speak Québécois, an English speaker is easy to come by. And even the rusty old fuel pump that shudders to life with a groan can still be paid for with a card inside. When you inevitably get hungry again, it’s an absolute must to stop at one of the Casse-Croutes along the road. These informal shacks or trailers are the best place to fill your belly with Canada’s finest poutine! For those unfamiliar with the delicacy, nothing satiates a well traveled stomach like French fries smothered in cheese curds and gravy.

With the inevitable food coma, there’s a plethora of campsites to rest your head at along the Gaspésie. Just east of Cloridorme is a seaside public camping area with its own restroom where weary travelers are welcome to pitch a tent free of cost! From there, the last leg of the Gaspésie is another feast for the senses as it takes you through Forillon National Park. As the first national park established in Quebec and the end point of the Appalachians, it’s a truly stunning convergence of where the mountain meets the sea. Most of the Gaspésie is geared towards street riding, but if you look in the right places some excellent off-roading can be found. In Carleton-Sur-Mer, Chemin de l’Éperlan will take you 1,500 feet up a rocky track to a playground of windmills and gravel trails. But make sure you take in the panoramic views of the bay before heading back down.

For those of us in the United States, the border is not fully open yet, but that gives us time to plan a trek to Québec. In my opinion, it’s best to leave a full week to explore, once you’re in the region. The pace on the road encourages you not to rush, and with so many picturesque small towns and side roads you’ll be glad you didn’t.

The landscape fosters an urge to explore simply for the desire to find out what lies at the end of the road. In the Côte-Nord, even a dead end is worth the venture. 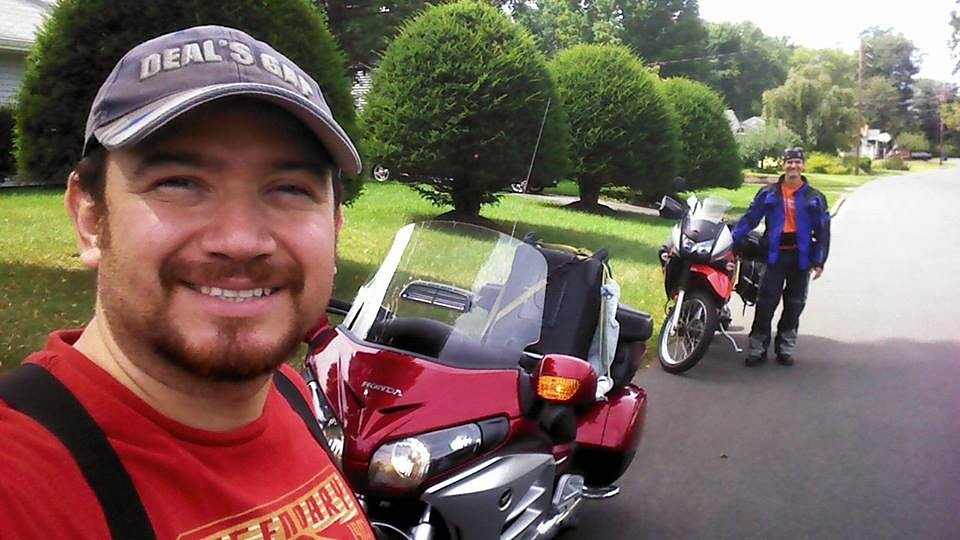 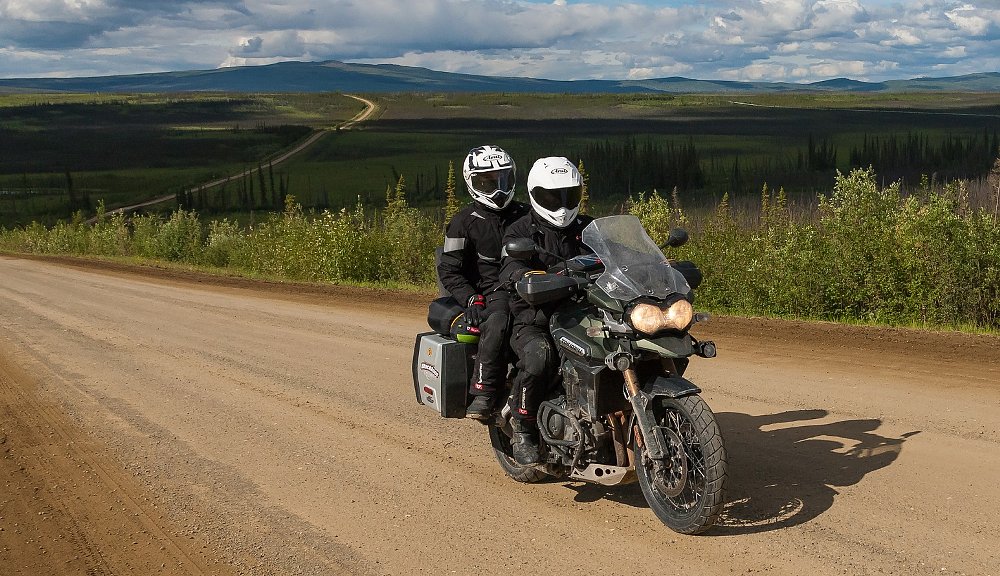 Reaching the Arctic Circle on the second try: A father-son journey Neale Bayly 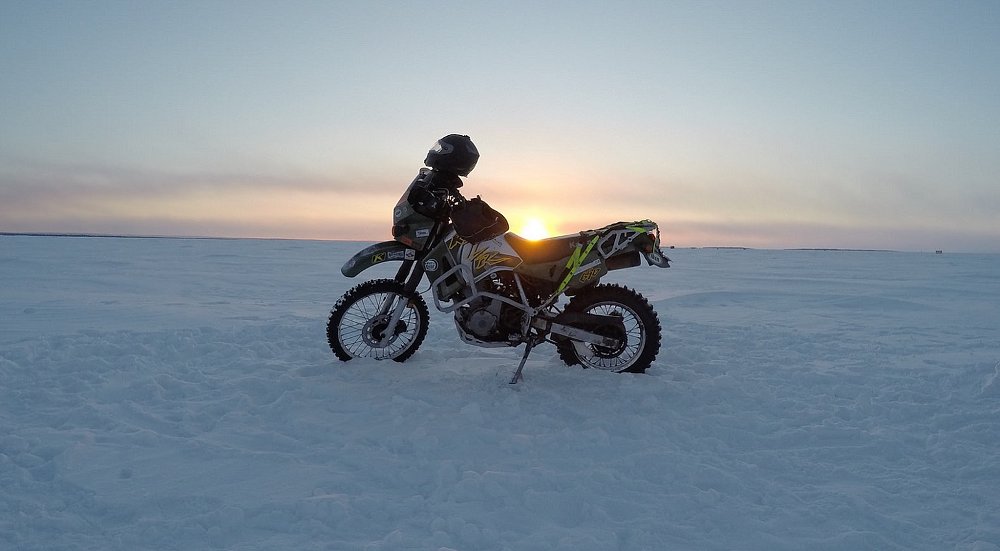