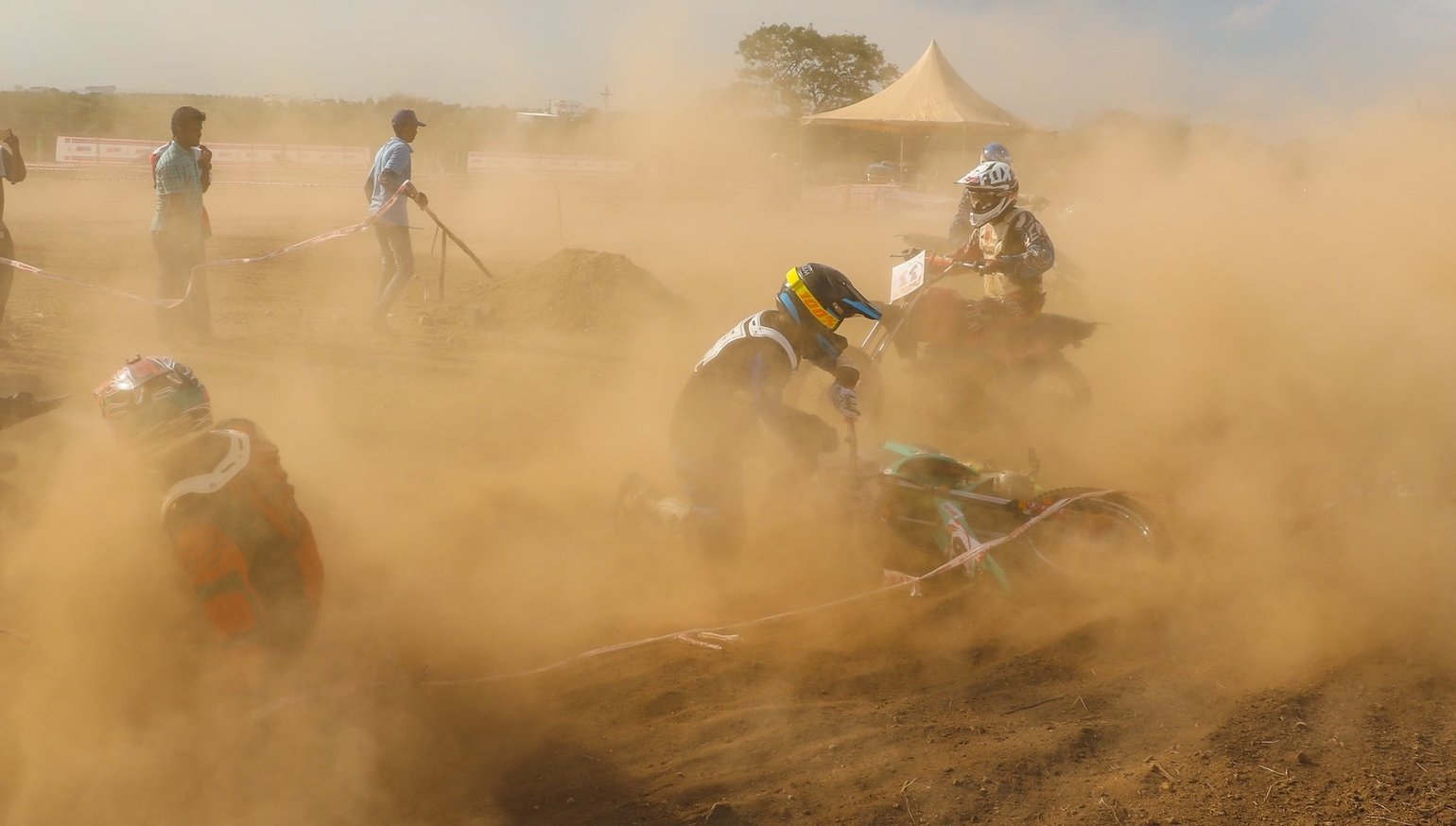 Should you wear a neck brace for off-road racing, like motocross? My first reaction is, Why is this even a question?

Competitive racing requires a helmet and a host of other protective apparel. In motocross, where crashes are so common, it seems baffling to me that a neck brace is not required. But, as with many devices, the decision to use or avoid use is wrapped up in lore, underpinned by common “wisdom,” convention and personal bias. Naturally, I would prefer to base my decision on data — and so I think would you.

Some interesting data on neck brace use was recently provided by Action Sports EMS Inc., which provides “emergency services to the amateur motocross industry in five states.” Those races included several of the qualifiers for the AMA National Amateur Motocross Championships held annually at the Loretta Lynn Ranch, but they also serve some flat-track races and even sno-cross events.

Action Sports listed some of the many excuses riders give for not wearing a neck brace: they restrict movement, won't let you look up a hill, will break your clavicle (collarbone), will break your upper back and cause nerve damage or paralysis, the pros don't wear them, etc. Great Lakes decided to look at their data and determine whether wearing a neck brace really does help prevent injuries. (Hint: They might have a bit of a bias, and it looks a lot like mine.)

Action Sports did have a lot of data to work with. Over a nearly 10-year time span, they had more than 8,000 assessable patients (enough data to ask questions about them). Of those injured patients, 3,803 wore a brace and 4,726 did not; close to an even split. Injuries, however, were not close to an even split.

Injury to the cervical spine and the underlying spinal cord is the injury complex against which a neck brace is designed to protect. If the device is effective, wearers should have fewer — but not zero — injuries. That is exactly what they found: 239 cervical spine injuries in those not wearing a brace and only 26 in those who did wear a brace.

Brace wearers had fewer injuries no matter how the group looked at their data. Some 443 riders not wearing braces had clavicle fractures compared to 291 with braces. There were 702 cases of non-critical cervical spine injuries without braces and 109 cases with a brace.

Of course we have to consider confounding variables. For example, brace wearers may be more cautious, less prone to risk taking, and therefore may ride in a more safe fashion you say. Seriously? This is amateur motocross. Not a sport someone takes up because it is safe. So I think we can dispense with that notion.

Not all of the findings are as convincing to me. Death from cervical spine injury occurred in four cases without a brace and one with a brace. Hard to draw conclusions from small numbers, so they presented this as a 69 percent increased risk of death, perhaps to make it appear more convincing. This particular piece of data also had an important notation. The brace wearer had undergone a cervical fusion (after a prior injury) that made his neck rigid and more likely to be injured in a subsequent crash. Well, that dashes the notion that brace wearers were more cautious! I would venture that I am on solid footing as a medical professional in recommending that competitive motocross, where there is a high risk of crashing, is a very bad plan for someone who has had a compete (all bones) cervical fusion.

I also question their assertion that pre-hospital care intensity is reduced in brace wearers. That may be true, but it also may reflect care protocol or individual provider bias, even if that latter is subconscious. Seeing a rider crash, and knowing that the rider was not wearing a neck brace, generally leads to spine immobilization. Thus, the lack of a neck brace may establish a self-fulfilling prophecy that changes the specifics of care.

That doesn't change the fact that the data are compelling. Neck braces reduce injuries.

Bias against neck brace use among racers persists, however, and data alone may do little to change opinion. The common “wisdom” Action Sports cites as reasons for not wearing a neck brace needs to be addressed. How do those myths die a not-so-quiet death? With a celebrated champion who advocates for safety — and device use — and demonstrates success while using the device, of course. On social media. Speaking to all age groups. Because it works for her or him. But not as a marketing ploy as a paid corporate spokesperson selling a device that they do not use. Where could we find one of those, I wonder …

On RevZilla alone, neck braces from five different manufacturers are available for purchase in a host of sizes and configurations. Dr. Leatt, a South African physician and motorcyclist, brought his first neck brace to market in 2004. Some 14 years later, debate, disbelief, and a seemingly entrenched mythology remain. ABS was introduced by BMW in 1988 as an electronic-hydraulic system — 30 years ago — and there remains debate about whether this is a good or bad thing. Kind of like neck braces.

Is a neck brace necessary for commuting? Perhaps, depending on where your commute takes you, how spiritedly you approach it, and in what weather. For competitive motocross? Essential gear, in my opinion, each and every time. 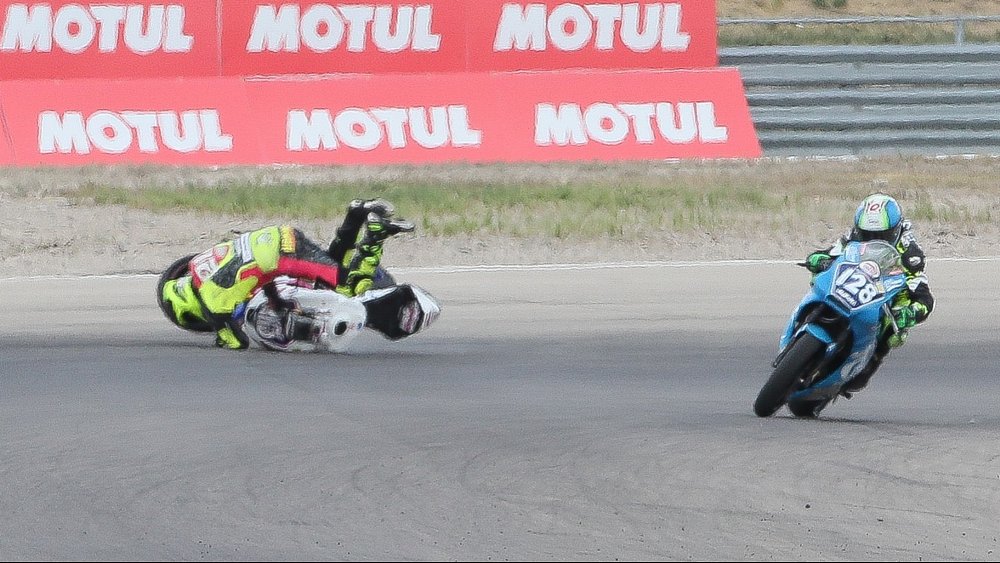 Ask the doc: Do I have a concussion? Dr. Lewis Kaplan

Ask the Doc: What should I do about a broken collarbone? Dr. Lewis Kaplan 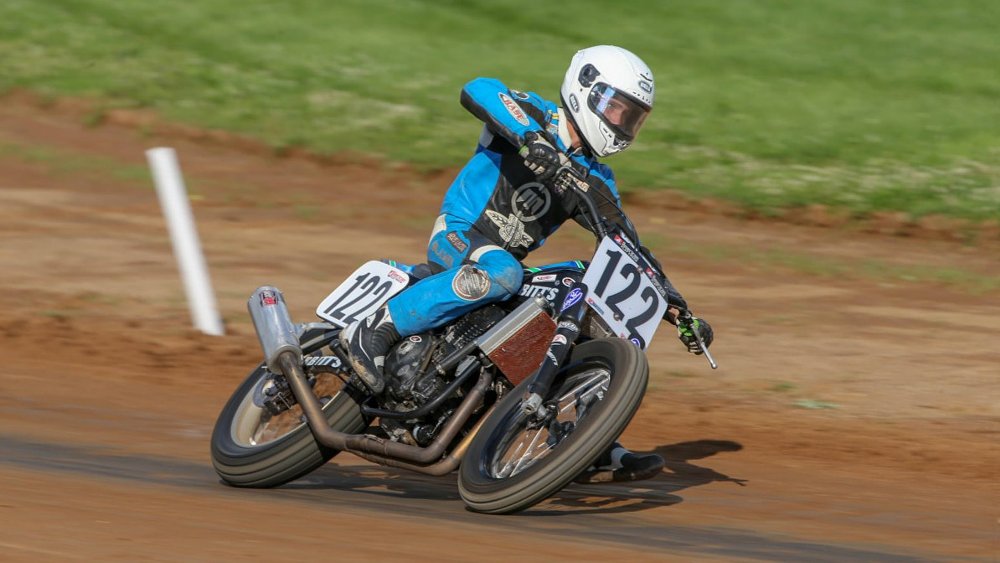 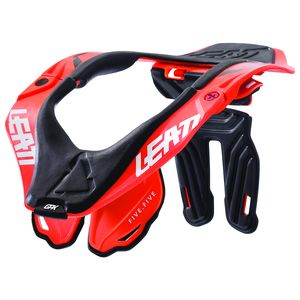 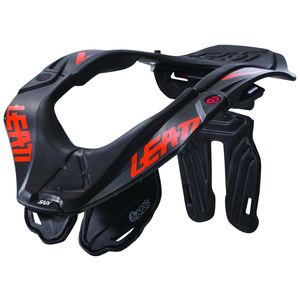 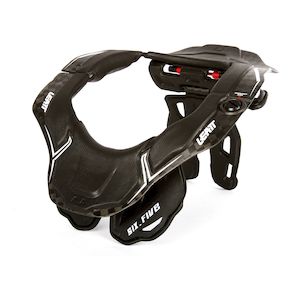