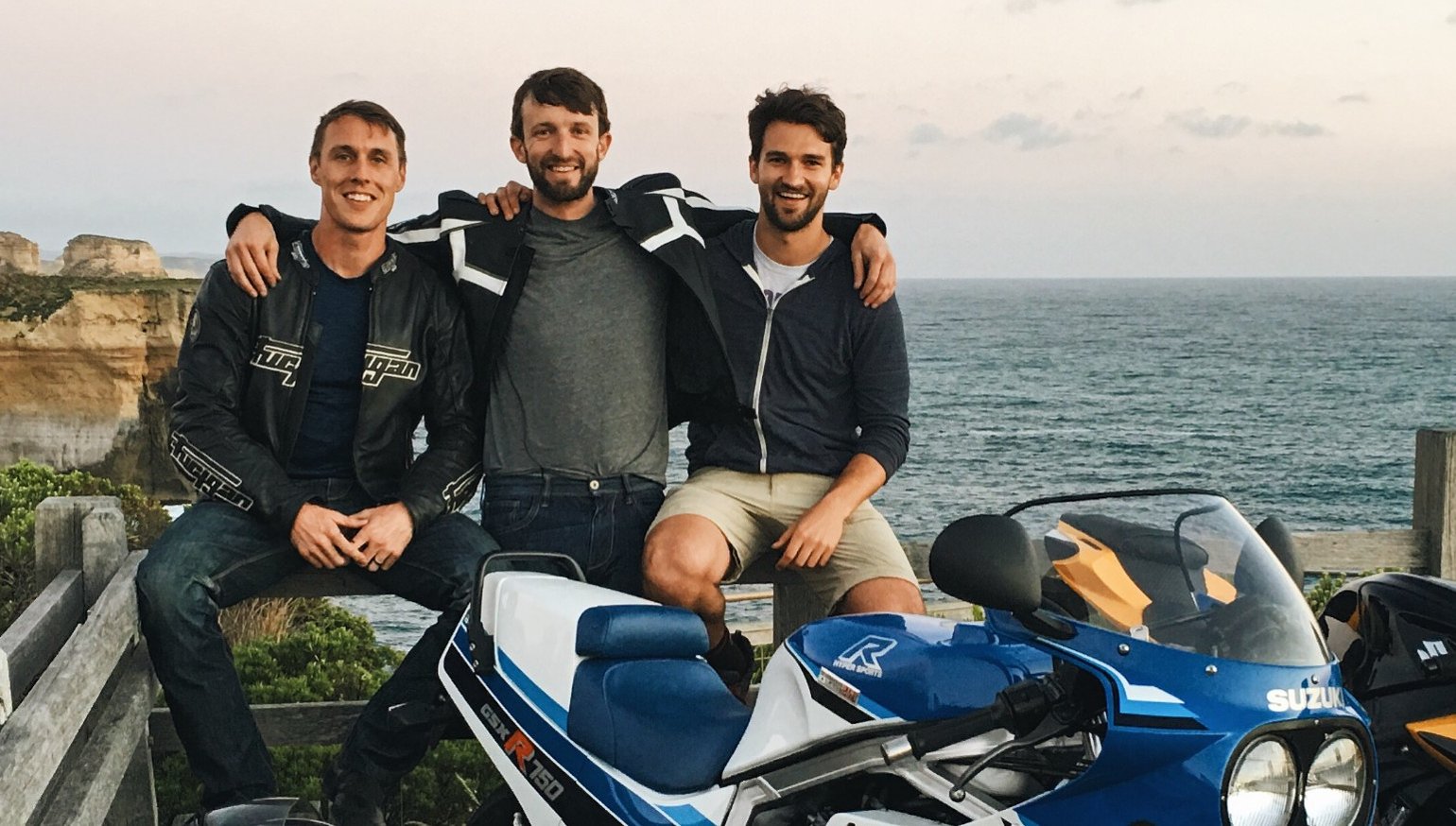 The team of Ari Henning, Zack Courts and Spenser Robert has produced some of the most original video motorcycle content in recent years, in addition to the many articles they've written over the past decade for major motorcycle magazines and here at Common Tread. Now you can expect to see a lot more of their work at RevZilla as all three have joined our media team as full-time employees.

That announcement was made today at a company event by Ken Murphy, CEO of Comoto, the parent company of RevZilla, Cycle Gear and J&P Cycles. The three will work out of a new satellite office in Southern California, expanding and diversifying Comoto's West Coast presence.

Ari and Zack were childhood friends when their fathers were amateur roadracers. They were reunited later when they both worked as editors at Motorcyclist magazine, including a stint as dual executive editors in 2017 and 2018. There, they also began working with Spenser, the equally important but less known man behind the camera in successful video series such as "On Two Wheels," "MC Commute" and "MC Garage." In 2018, the trio moved to the MotorTrend network, where their "Throttle Out" series set new standards for quality and creativity in motorcycle video content. From modifying a motorcycle to save injured cows in Nepal to racing highly modified Vespa scooters on a motocross track in Italy to selling hamburgers from a sidecar in Thailand, their adventures regularly took motorcycling to places few ever go. Just as popular, however, were the videos that provided riders with practical advice, whether the tips in Ari's "MC Garage" videos or the on-the-way-to-work bike reviews of Zack's "MC Commute." Along with Spenser, the key third member of that team, they'll now bring those talents and deep experience to RevZilla's existing media team.

Officially, Ari and Zack will have the title of Media Lead and Editor and Spenser will be the new West Coast Production Manager. In addition to their video work, you can also expect to see more of their written articles here at Common Tread on a regular basis. More than just a man behind the camera, Spenser has already jumped in recently to test ride the supercharged Kawasaki Z H2 for Common Tread.

RevZilla Director of Content Programming Spurgeon Dunbar has long followed the careers of Ari, Zack and Spenser and played a central role in getting them to join the Comoto team.

"When I was a broke high school teacher in Los Angeles, I would spend my Friday nights reading motorcycle magazines at my local corner bar, dreaming of bikes I couldn’t afford," said Spurgeon. "I thought it was cool to see Ari, a guy my age, writing articles for Motorcyclist. Then Zack joined the masthead right before I started my career at RevZilla. I remember reading one of his early pieces where he raced a Triumph Thruxton at Barber Motorsports Park. It stood out because I had done my first track day at Barber two years prior on a Triumph Thruxton, though it looked like Zack was a lot faster. Spencer joined the Motorcyclist team in 2014 and was a key part of the magazine's growing focus on video, especially the hit series, 'On Two Wheels'."

When the team moved to MotorTrend, Spurgeon cajoled them into letting Common Tread post articles based on their video adventures, in part because he knew it would be great content for Common Tread readers but also because he wanted to work with all three of them. When the MotorTrend series ended after two seasons, a new opportunity opened.

"These three gentlemen are amazing ambassadors for the sport of motorcycling and I couldn’t be prouder to call them my friends," said Spurgeon. "And as of today, I am also fortunate to be able to call them my colleagues."

With their abilities as riders and writers and working both in front of and behind the camera — we've already tapped their talent for the Highside/Lowside video and podcast — expect to see Ari, Zack and Spenser expanding, diversifying and raising the bar on RevZilla's original content in all forms. 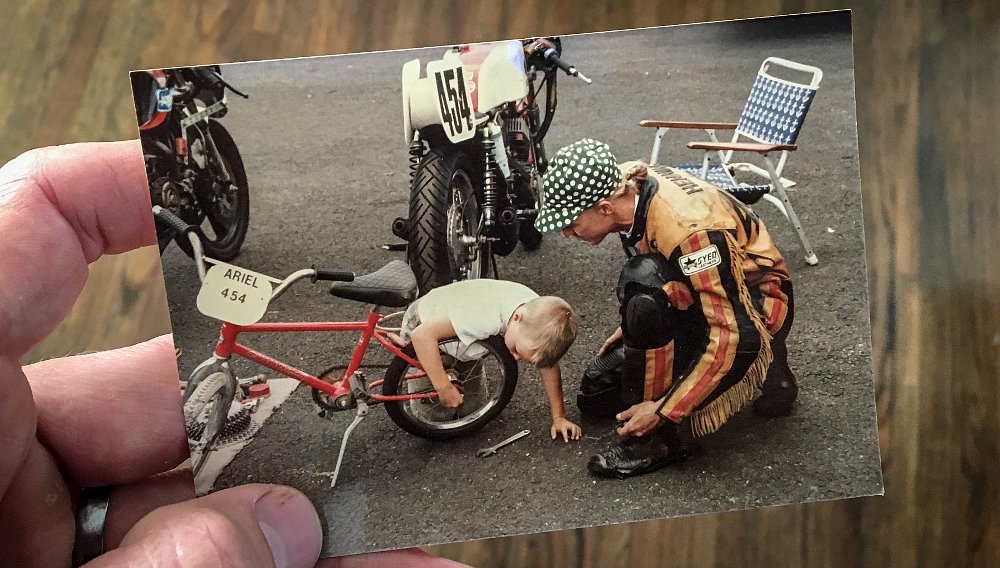 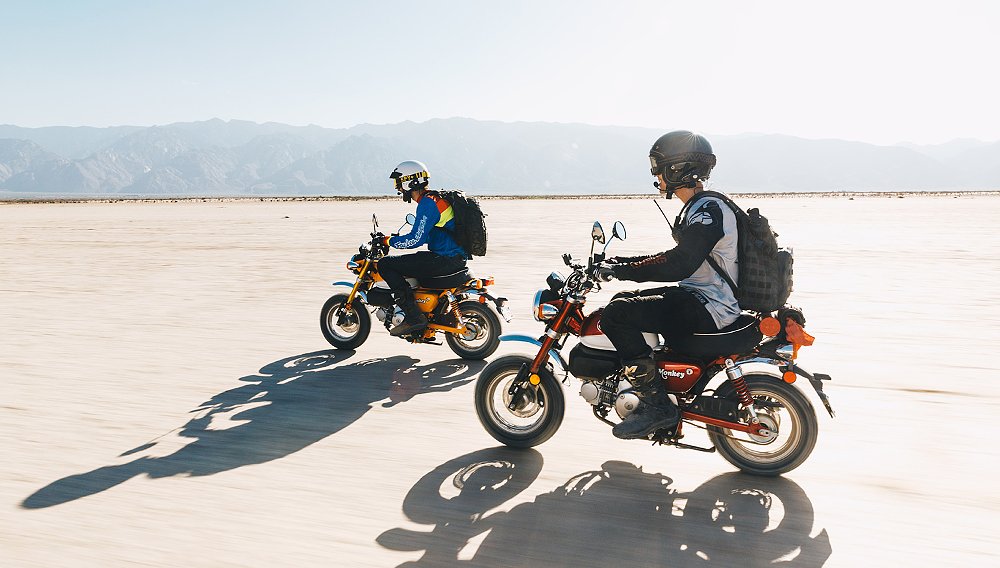