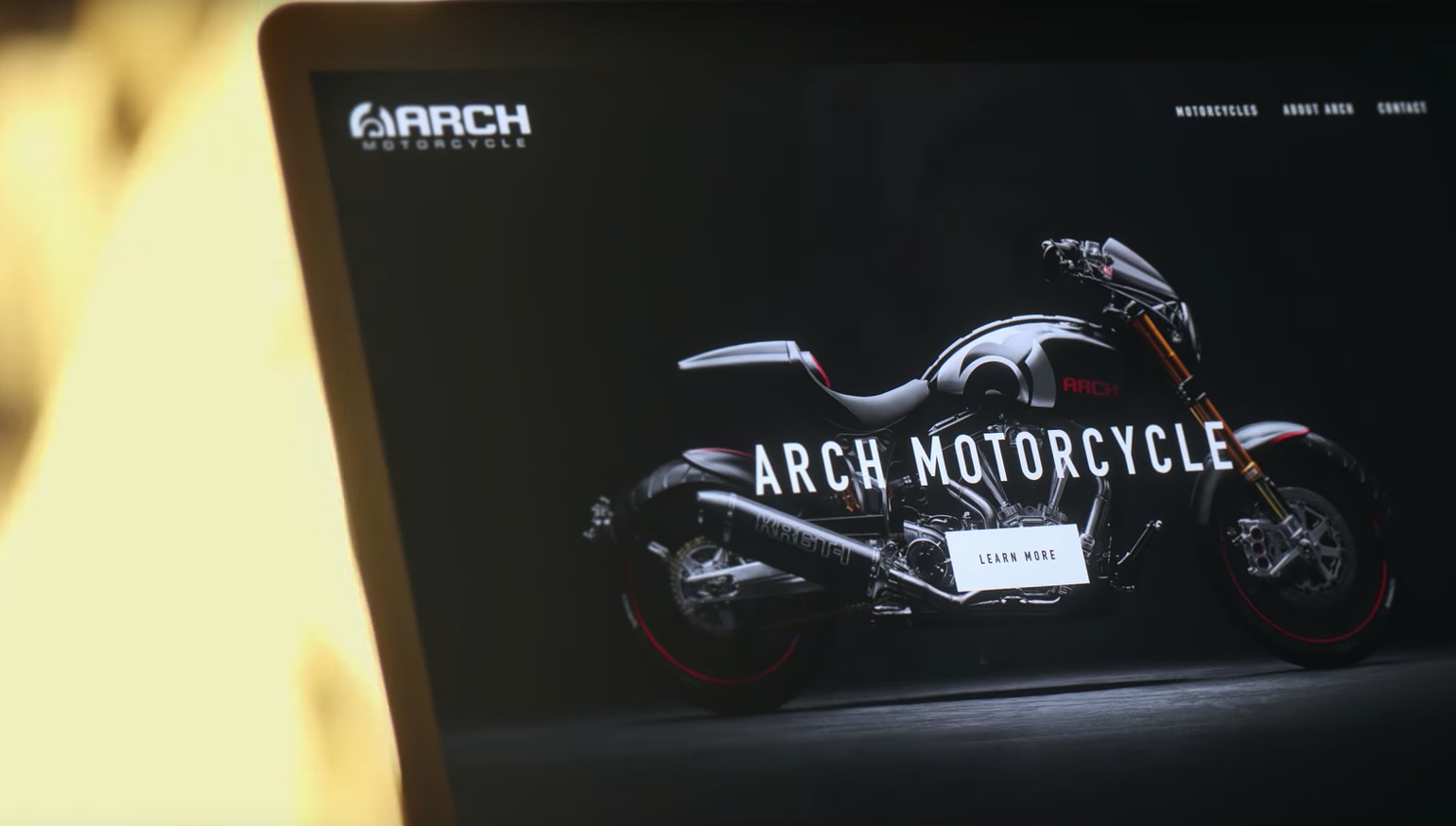 A win for motorcycling at Super Bowl LII?

We're coming up on the Super Bowl, a fact that's hard to miss here in Philly.

With the game comes that strange Opposite Day phenomenon, in which people want to watch advertisements. The year’s most watched U.S. broadcast, with a diverse viewer demographic hoping for some good ads… If only motorcycling could get in the spotlight for a few moments and remind people that bikes are fun!

Website service Squarespace tapped Keanu Reeves for their Super Bowl LII ad campaign, in which the actor creates a site for Arch Motorcycle. If you’re unfamiliar with Arch, Reeves co-founded the brand with custom builder Gard Hollinger. Think L.A.-built, sporty-but-not-Buell-sporty V-twins with exotic materials and ultra-limited production. They’ve recently grown their line to three models (KRGT-1, S1, and Method 143), starting at $78,000. As Lance has noted, Reeves’ name on the bike might be the only reason Arch can ask that much, though they seem to be doing alright for themselves. But what does their upcoming moment in the spotlight say about motorcycling?

The brief Super Bowl spot doesn’t show much motorcycle, but time is short and expensive during the game. A 30-second commercial during Super Bowl LII could cost over $5 million. Still, we get Keanu Reeves and his bike by a campfire, plus a moody shot of a KRGT-1 as he uploads it to his site. And of course, there’s that part where he’s lying in the sand, dreaming of riding and making engine noises to himself. Admit it, you’ve made engine noises to yourself too.

Look, I know it’s a stretch, but with only 20 seconds in which to hawk Squarespace and show off Arch, this ad gives a small but positive image of motorcycling to a broad range of viewers. What’s not to like about a serene night in perfect weather with a bike by the campfire? No, we don’t get to see any riding, but even when he’s off the bike, Reeves is wishing he was back on it. Reminding people that motorcycling is simply good fun should be the norm, not the exception. This extended version of the ad says, "It might be hard. It might be easy. But either way, you are capable." Our industry would do well to repeat those words.

Make no mistake: the primary purpose of these ads is to advertise a website service. But in doing so, I'm just happy to see some fun and a touch of cool around our sport on the national stage. American Motorcyclist Association spokesman Pete ter Horst had a similar take. "Motorcyclists come from all walks of life, representing many riding and racing disciplines. The AMA celebrates that diversity, especially when it is expressed by a fellow rider with good-natured humor," he said.

Motorcycle-related commercials during the Super Bowl don’t usually look like this. In fact, the Last Game Until September hasn’t been a popular choice for motorcycle ads at all, though there have been a few notable moments. Honda ran a commercial for the 1983 V65 Magna's debut during Super Bowl XVII. The emphasis on speed and “fastest production motorcycle” bragging rights appealed only to a niche customer, though the Magna developed a strong following within the power-cruiser community.

In 1989, 100 Harley-Davidsons took the field during the bizarre “Elvis impersonator plus magic tricks” Super Bowl XXIII halftime show, though the greatest trick of all seems to have been creating so many distractions that nobody noticed 100 Harleys rolling around the most watched football field in America. I don’t think that did much for motorcycling.

For 1996's Super Bowl XXX, Yamaha reportedly spent $1.2 million on a 30-second ad for the Royal Star. That half-minute spot accounted for 24 percent of their total motorcycle ad budget! Sadly, I couldn’t find a video, but Advertising Age summarized; “A young man riding a remote desert highway pulls his Royal Star into a gas station that appears abandoned. When he enters to investigate, three leather-clad ghosts from an earlier era of motorcycling admiringly examine the Royal Star.” Aimed at “affluent baby boomers who are returning to riding or fulfilling a longtime aspiration,” I doubt we’re missing anything too exciting. And I won’t even link to the Mercedes ad from last year, in which Peter Fonda tried to tell me that an AMG convertible was better than a motorcycle. “You know, Billy. We blew it…”

A short ad for a website company isn't the best exposure motorcycling has ever had before the largest TV audience America can muster, but we'll take all the wins we can get.