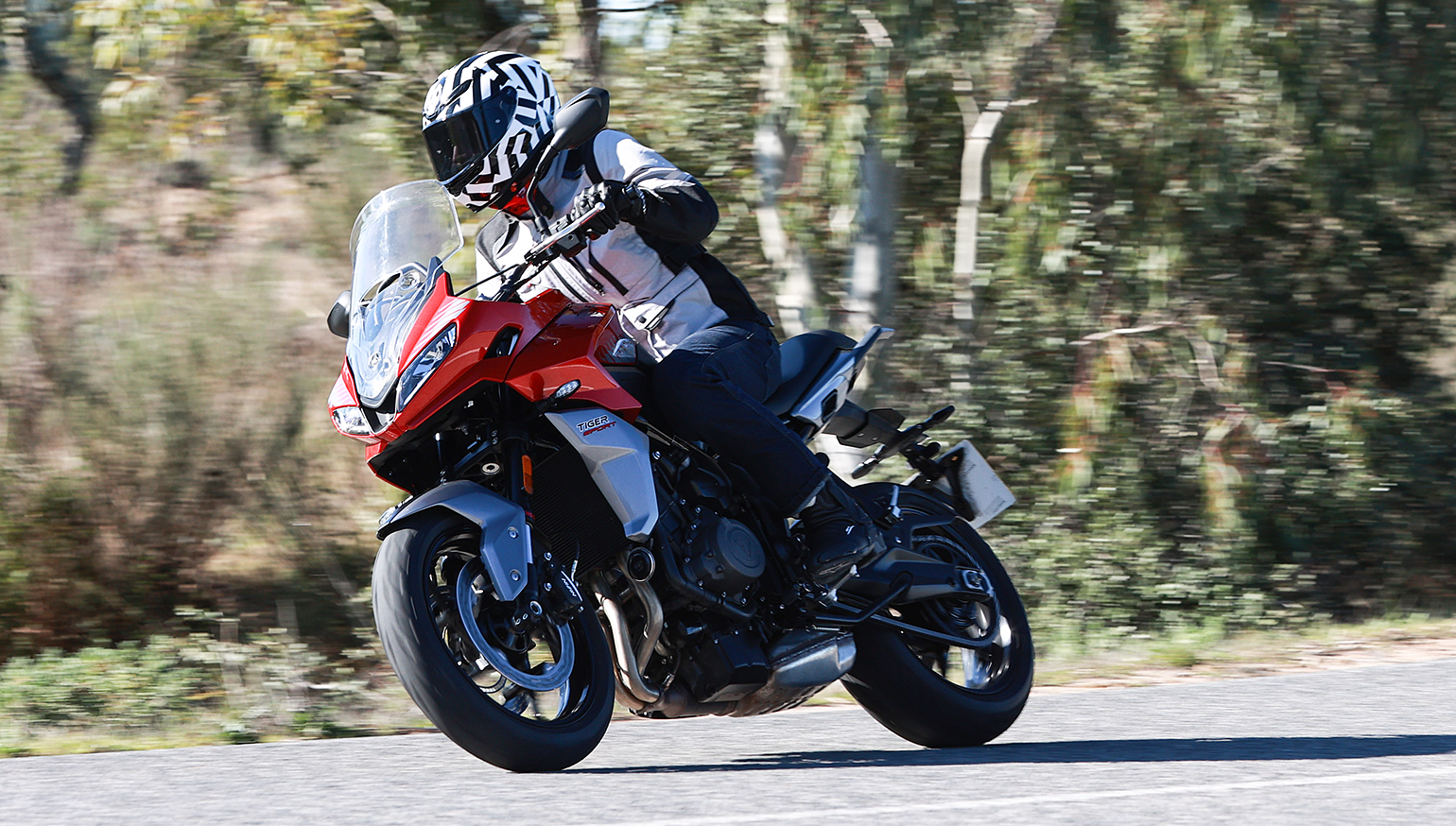 The middleweight motorcycle class is having a moment.

We’ve seen a wave of new and updated models over the last few years offering street-focused versatility and limited tech at reasonable prices. These motorcycles, from the Aprilia Tuono 660 to the revamped Kawasaki Versys 650, are all parallel twins with the exception of the trusty old Suzuki V-Strom. Now, Triumph shows up with the new Tiger Sport 660: one of the the most powerful bikes in its class, and the only triple.

The Tiger Sport 660 is positioned as an all-rounder street mount. And at $9,295 for the base model, only the $8,195 Trident wears a lower price tag at your local Triumph dealership. The two models share rider aids, some chassis elements, and Triumph’s 660 cc inline triple engine that traces back to the beloved Triumph Daytona 675 of 2006, although it is closer to the retuned version found in the 2008 Street Triple. The mill produces a claimed 80 horsepower at 10,250 rpm and 47 foot-pounds of grunt at 6,250 rpm. These are good bones.

Beyond price points, powerplants, and general underpinnings, the Tiger Sport 660 is substantially different from the Trident roadster. And that’s because the Tiger is purpose-built to attack the multipurpose middleweights.

A Tiger Sport 660 tips the scales at a claimed 454 pounds wet and its steel chassis is derived from the zippy Trident’s. In a major deviation from its sister model, the Tiger’s rake has been altered to an aggressive 23.1 degrees for rapid steering. It’s also the only Tiger model available with 17-inch wheels and sporty bodywork.

Stock tires are Michelin’s excellent Road 5s, traction control comes standard, and Triumph uses Nissin twin-pots on the dual 310 mm discs up front. Finally, the inline triple gets a slip/assist clutch and an optional quickshifter for spirited riding, so on paper, this motorcycle should be plenty of fun on a snaking road. That covers the sport side of things, but what about commuting and longer trips?

Triumph starts with a half fairing and an adjustable windscreen for protection from the elements. At 4.5 gallons, the tank carries around 20 percent more fuel than the Trident for a claimed range of 195 miles. The generous seat, tapered at the front for an easier reach to the pavement, is meant to accommodate a pillion or a bag full of gear behind the rider, and the subframe is longer and stronger than the Trident’s to handle the extra weight. The tail also has integrated mounts for Triumph’s factory luggage options, and the swingarm has been lengthened by 15 mm over the Trident’s for stability.

Longer suspension (more than an inch over the Trident up front, and about half as much extra out back) is intended to increase comfort. That sounds promising, so how does it actually ride?

The N2 in southern Portugal is one of the most beloved motorcycling roads in Europe, twisting through miles of tight hills and quiet towns. Triumph invited me to try the Tiger Sport 660 on the N2 and other fabulous roads outside Albufeira that would put any sport-tourer to the test.

Standing over the Tiger Sport 660’s 32.8-inch seat might be a stretch for shorter riders, but it’s considerably easier than any of the big-bore Tigers. A simple dash greets the eye from under the windscreen.

Simple switch pods on the one-piece tapered handlebar allow the rider to change display configurations and access various menus. The Tiger Sport 660 comes standard with essential modern motorcycle tech like traction control, ABS, two ride modes, and not much else, which keeps costs down. Besides, with 80 horsepower on tap, the bike doesn’t require fancy rider aids to keep things under control. The basic ride modes (Road and Rain) are toggled with a dedicated button by the left grip. Traction control can be disabled from a menu, and it re-enables every time the bike turns off. Altogether, the standard features are thoughtfully chosen and integrated. I only wish they offered optional cruise control instead of an optional quickshifter. On second thought, why not both?

The engine fires right off and settles to that iconic Triumph triple whirr. Longtime fans will have flashbacks to starting the first-generation Street Triple, and the similarities continue well past idle. The engine chugs down low without complaint, sure, but it is eager to reach the midrange where it is happiest, or the top of the revs once you’re out of town. Whacking the throttle open on the first on-ramp let the 660 finally sing its song. There’s no mistaking the sound of a Triumph triple winding out, although the soundtrack is a bit corked up by the underslung exhaust and all its emissions equipment.

Remember that steep rake angle? It helps the Tiger Sport 660 juke like a prizefighter, an effect amplified by the wide and upright ‘bar. And Triumph’s engineers managed to avoid adding twitchiness at the front end with this change, so the already-light bike feels even easier to control. It’s one of the bike’s best qualities.

Triumph’s mapping for the throttle-by-wire system is polished with no flat spots or abrupt transitions. (For reference, Yamaha’s CP2 is rowdier down low and not all that far behind on power, but Team Blue refuses to give us a Tracer 700 in this country for some reason.) The triple doesn’t vibrate much at all until the very top of the rev range. Churning 70 miles per hour at 5,000 rpm, the bike had enough power on tap for confident overtaking, and the vibes were minimal. I did note that the adjustable windscreen rattles a bit in its highest position at highway speeds.

Riding north towards São Bartolomeu de Messines, the Tiger Sport 660’s suspension and braking got to show their stuff in standard street riding. The Showa fork and RSU look pretty flashy with their stickers and remote rear preload adjuster, but they aren’t anything too special. I was glad to discover that they were sprung about right for my weight (166 pounds plus gear) and preferences. I had enough travel to stay seated for speed bumps, yet enough responsiveness that the bike never felt vague in the middle of cornering. I’m sure the remote preload adjuster will come in handy when adding a passenger or a pile of luggage for an extended ride. Unfortunately, riders heavier than me can’t adjust the fork at all. This is one of the few areas where the Tiger Sport 660 feels like it was built to a price.

The other obvious budget choice is the braking setup. The Nissin twin-pot front calipers are good enough for what they need to do, and the rear isn’t anything noteworthy. A closer look at the front calipers shows that they are axially mounted, not radially mounted like the Tiger 850 Sport’s, (why do they have different naming conventions?) so they’re leaving some rigidity on the table here. I always appreciate adjustable front brake levers, which the 660 does offer, and a few spins of the adjustment knob improved the feel somewhat.

Experienced riders might also get annoyed with the traction control’s enthusiasm for intervening. This is probably a boon for riders getting their first taste of the big bike world, though. You do have the option of digging into the menus and turning it off if you don’t want it.

The ride turned east towards the N2, and the roads tightened up. This was where the Tiger Sport 660 was in its element. The precise handling, upright ergos, and brilliant little engine are a pleasure to throw into technical roads. Even though the brakes and suspension are nothing special, they do their job well enough, and it doesn’t hurt that Triumph ships these bikes with excellent tires. Flicking the bike from side to side is deceptively easy. The chunky 180-section rear tire didn’t slow the handling down like I thought it might. The whole package just works well.

Most importantly, the bike never felt like it was limiting the enjoyment of some phenomenal roads. The very best sections of road here fold over themselves like ribbon candy with banked turns, just the place for a wailing triple and surprisingly sharp handling. Keep the engine in the sweet spot between 4,000 and 8,750 rpm for the full effect. Linear, smooth, and begging to be revved out, it has a refined feel that the p-twins can’t match.

The ride turned back down the N2 for another pass after a lunch stop. Most Portuguese drivers were extremely courteous around motorcyclists on these roads, nearly driving into ditches to let bikes pass, but sometimes the pace would calm down for a stubborn or oblivious driver. Neither machine nor rider are happy when this happens on a sport bike. On a comfy all-rounder like the Tiger Sport 660, however, the engine is content to hum along at a sightseeing pace, and what a shame it would be to miss the groves and postcard towns of the region.

So what attracts you to a motorcycle? The way it looks? The exhilaration of its power? Its potential to allow you to enjoy many different kinds of rides and road trips? If the latter speaks to you, then this motorcycle will be worth a test ride.

Triple threat in a world of twins

The Tiger Sport 660’s biggest strength will be its proficiency in all kinds of street riding, including commuting, touring, sporty riding, and road tripping with a passenger. It rewards skillful riding, builds confidence for newer riders with its safety tech, and ultimately brings some much-needed variety to one of the hottest segments of motorcycling at a price that should have its competitors worried.

And somehow, I think this motorcycle could be easily overlooked. “Not flashy” and “more capable than you’d expect” are the defining features of a sleeper. Many of Triumph’s own models — including the cheaper Trident — have an emotional appeal that could make buyers walk right past the rational Tiger Sport 660 . It might take a while before the secret’s out about the smallest Tiger.

The Tiger Sport 660 will be available in Graphite/Sapphire Black, Lucerne Blue/Sapphire Black, and Korosi Red/Graphite (for an extra $125). Look for them in U.S. dealerships starting in February 2022. 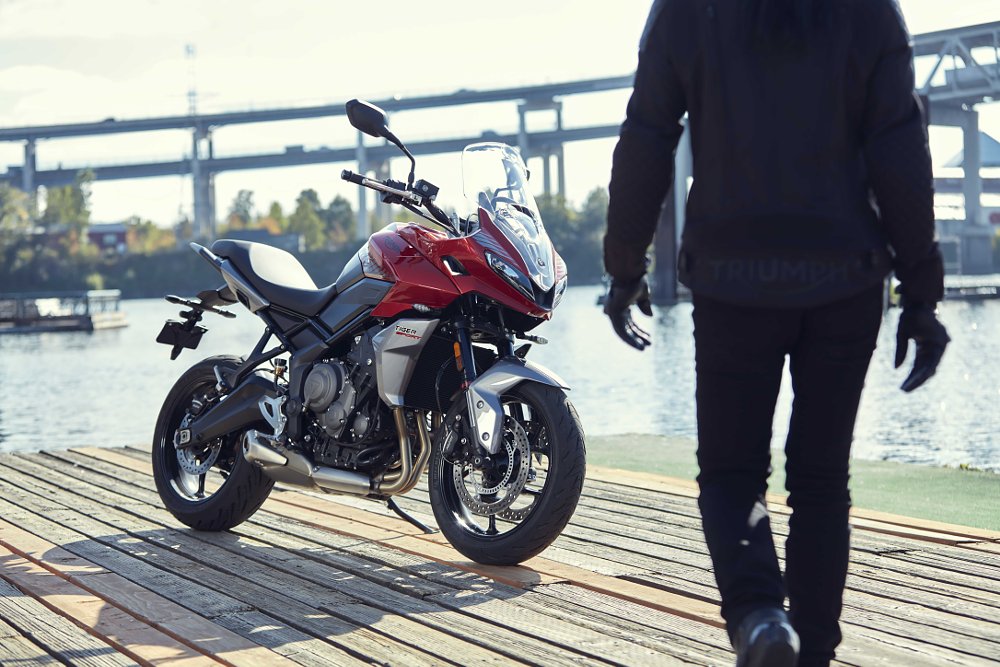 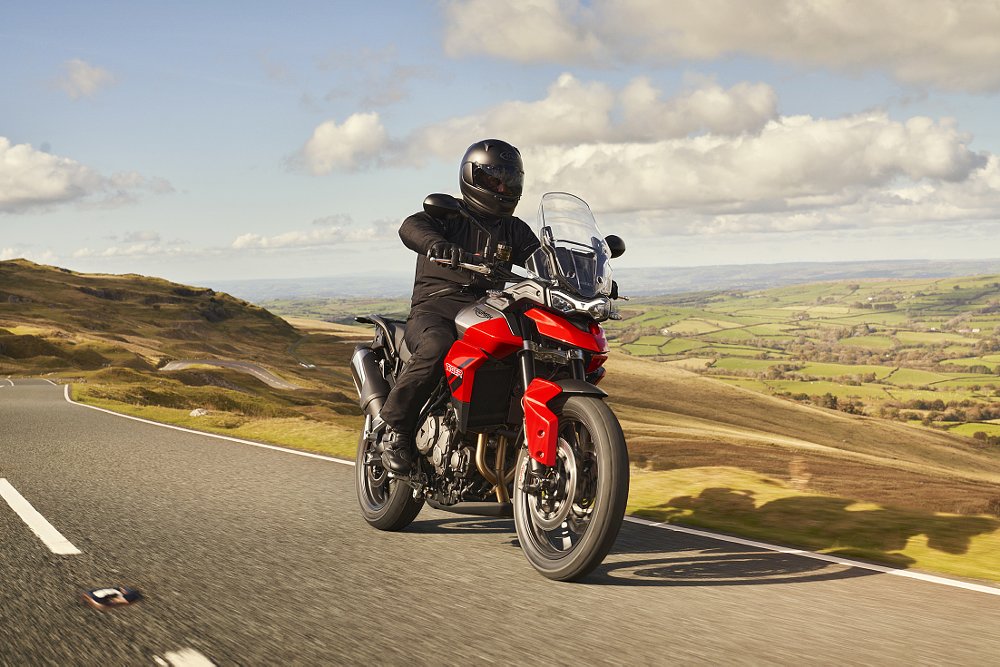 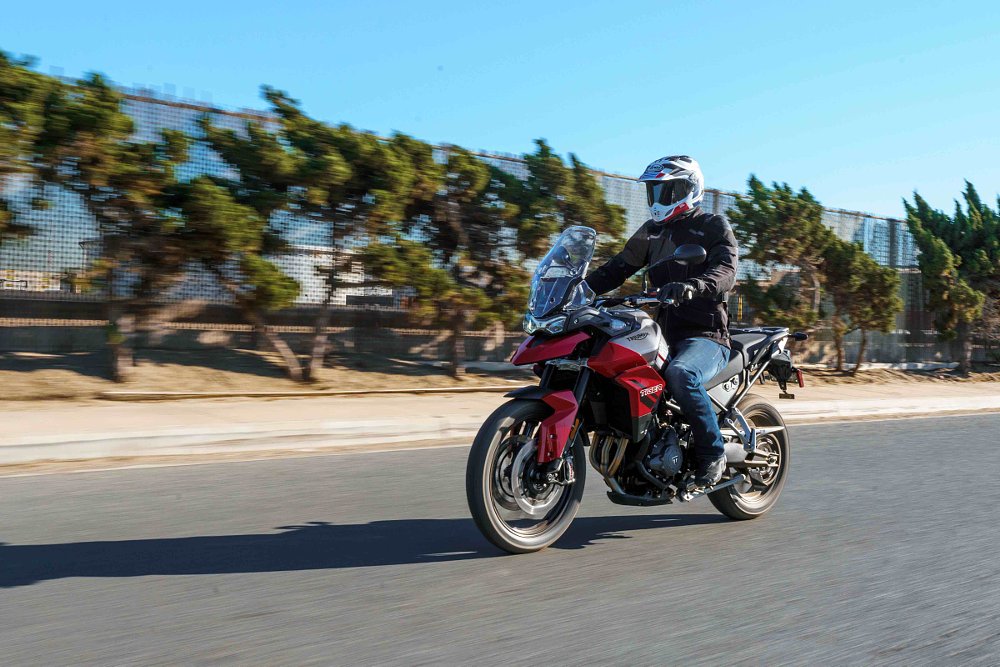 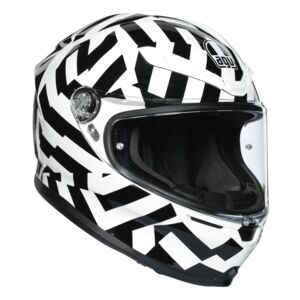 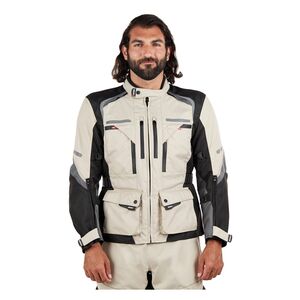 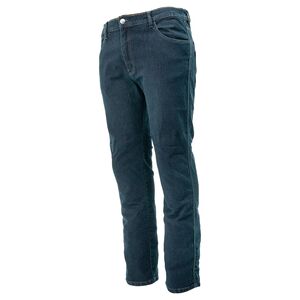 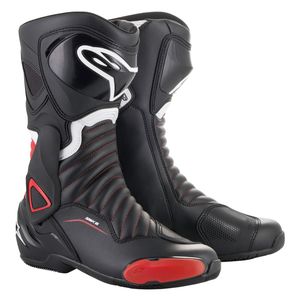