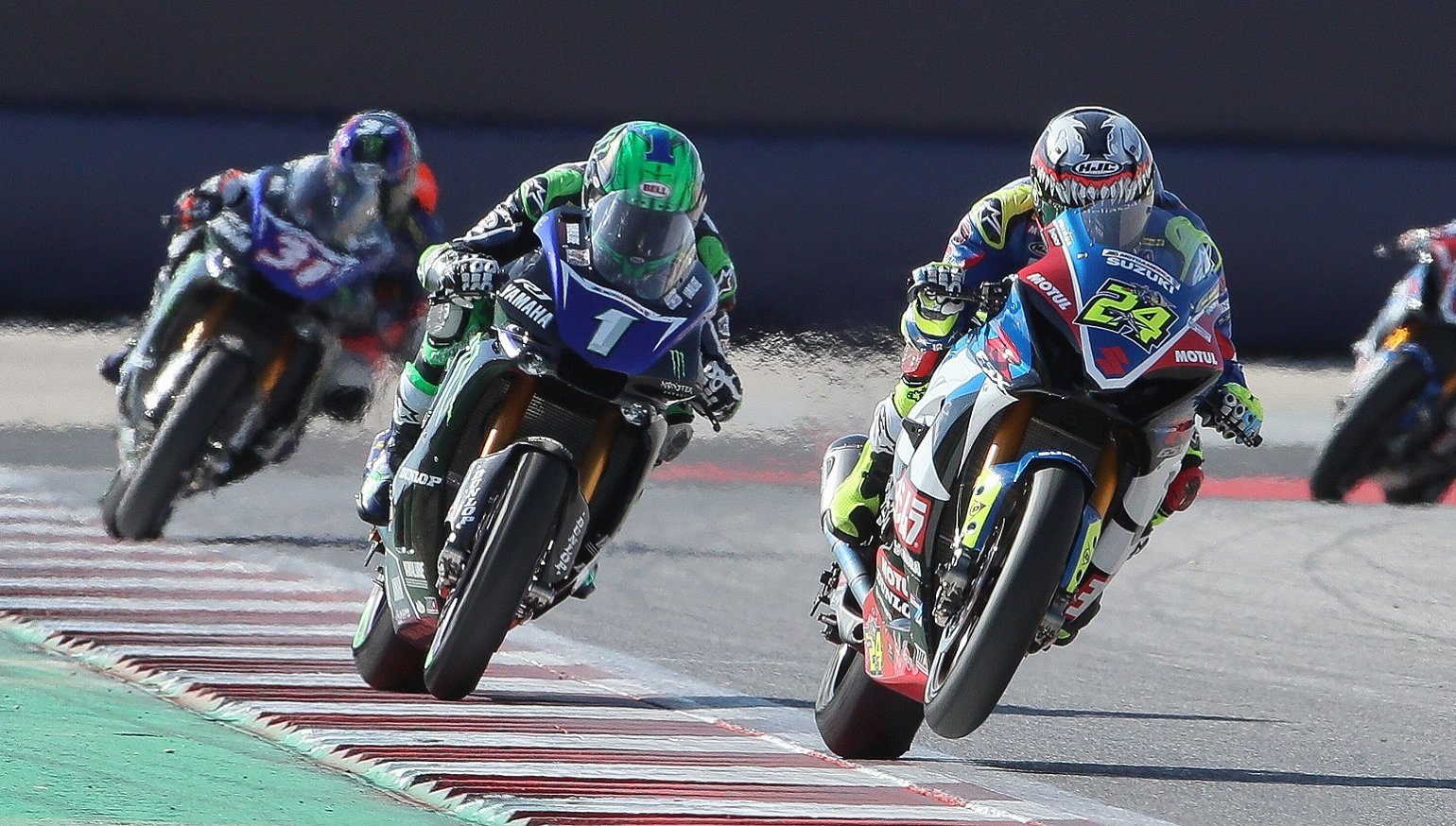 2020 MotoAmerica Superbike season preview: A year like no other

I'm trying to imagine the reactions I would have gotten if I'd walked around the MotoAmerica paddock at Road America a year ago and asked crew chiefs, racers and officials this question: A year from now, which is more likely, that we'll be here holding a race with no fans allowed in the gate or that neither the Yoshimura Suzuki nor Monster Energy Yamaha teams will be racing Superbikes?

I suspect most would have considered my question absurd. But this weekend the Superbikes will race at Road America with no fans in attendance and the two teams that have together won 91 of the 96 Superbike races held in the MotoAmerica era since 2015 will be absent.

The 2020 MotoAmerica HONOS Superbike series is going to be very different from the previous five years and the changes go beyond the obvious disruptions caused by the pandemic.

The season that was supposed to start in March at the Circuit of the Americas in conjunction with MotoGP is now starting this weekend at Road America, on its traditional date, but with the track closed to fans. A second Road America race is scheduled for June 26 through 28, open to fans, and the series still plans to run its full 10-round season — assuming 2020 doesn't bring yet more unpleasant surprises.

One thing is familiar about this Superbike season: The same two riders who have won the five championships in the MotoAmerica era of U.S. Superbike racing — Toni Elias in 2017 and Cameron Beaubier the other four years — will again be the favorites until someone proves otherwise. Both will be riding for new teams and with different teammates, however, after Yamaha and Suzuki hit reset on their factory Superbike racing programs during the off-season. Yamaha switched its factory effort to Richard Stanboli's Monster Energy Attack Performance Yamaha team and the Suzuki effort is now being run by the Team Hammer M4 ECSTAR Suzuki team. Beaubier took his number-one plate to Attack, where he will be partnered with Jake Gagne, who raced Hondas in MotoAmerica and one year in World Superbike before returning to ride a BMW in MotoAmerica last year. At Team Hammer, Elias will have a new teammate in Bobby Fong, who overcame painful injuries from a violent highside at the Pittsburgh race last year to win the MotoAmerica Supersport title for the team.

For some people who have followed AMA Superbike racing for a long time, it's hard to imagine the series without Yoshimura Suzuki. The team had a 41-year relationship with Suzuki and an unmatched record of success in the series. That success peaked when the team won 10 titles in 11 years from 1999 through 2009 with Ben Spies and Mat Mladin. Only Nicky Hayden's one AMA Superbike championship broke that string.

It's no secret that Suzuki is in a weak position in a stagnant U.S. motorcycle industry, however, and apparently the company decided it needed to spend less on the MotoAmerica effort. In a recent MotoAmerica podcast, John Ulrich, the founder of Team Hammer, Inc., which runs the M4 ECSTAR Suzuki team, said he was called to a meeting with Suzuki executives thinking it was just about renewing the contract for his role as a support team. Instead, he was asked if he could run the factory Superbike effort. Ulrich said he came to realize that if he said no, Suzuki would pull out of MotoAmerica.

But Ulrich said yes and Team Hammer, run by his son, former Superbike racer Chris Ulrich, signed Elias. The second spot was a more difficult decision. Bring over Josh Herrin, who won two races for Yoshimura last year and finished fifth in points, or give the Superbike opportunity to Fong as a reward for his courageous Supersport title. In the end, the team went with the guy they knew.

With the top teams settled, the other pieces fell into place, some of them as late as last week. Herrin got Gagne's former ride at Scheibe Racing, on a BMW S 1000 RR, and last week the team announced it would field a second Superbike this season to be ridden by Jake Lewis. Lewis rode last year on the one Superbike fielded by M4 ECSTAR Suzuki and was left out when the team took over the factory effort.

Among the top Superbike riders, only a few will have the same situation in 2020 that they had in 2019. Westby Racing's Mathew Scholtz returns on his Yamaha YZF-R1 and could be the main beneficiary of the delayed start to the season because he broke his collarbone in an off-season training crash and missed the pre-season test at Barber Motorsports Park. Former Superbike champion Josh Hayes did a shakedown of the race bike at Barber for Westby Racing and Scholtz just completed a test with the team last week and said he feels strong going into the first race.

Kyle Wyman will be back with the same team because he owns the team, KWR Ducati. Last year was KWR's first year racing a Ducati Panigale V4 R and a lot of time was devoted to tuning the Ducati's setup and learning the capabilities of its electronics. By the end of the season, he had broken into the top five. This year, Wyman is back with more experience with the new V4 R, a bigger and more comfortable team hauler and, most importantly, he says he feels like a new man. Early in the off-season, Wyman had surgery to replace a disc in his spine that was damaged in a crash when he was just 17 years old and has increasingly hampered him physically. He was fully recovered from the artificial disc replacement in March in time to defend his 2019 Daytona 200 win but this year's race was postponed at the last minute.

The preseason test that took place at Barber in early March now seems very distant — and probably didn't provide us many clues about how the season will go, anyway. The two-day test was affected by rain both days. Beaubier, Elias and Gagne turned in the best times, in that order. But with so little information to go on and almost everyone on a new team, I expect to see surprises both positive and negative once racing begins.

On paper, M4 ECSTAR Suzuki's Sean Dylan Kelly looks like the favorite to win the Supersport class this year. As a rookie in the class last year, he won two races and finished fourth in the standings, and the three riders who finished ahead of him won't be back this year. Kelly's 2019 teammate, Fong, has moved up to Superbike, second-place P.J. Jacobsen is racing in the Stock 1000 class this year and third-place Hayden Gillim doesn't appear to have any ride this year. At 17, Kelly is widely seen as a talented rider on the way up but he'll still have to fend off returning contenders such as Bryce Prince and Richie Escalante, as well as his new teammate, Lucas Silva.

Other riders moving up a class for 2020 include Alex Dumas, who will race for M4 ECSTAR Suzuki (yes, it's going to be a busy year in that team's corner of the paddock) in the Stock 1000 class after winning the Twins Cup in 2019 and the Liqui Moly Junior Cup the year before. Ashton Yates will also be racing in the Stock 1000 class. Kevin Olmedo, who finished second in Liqui Moly Junior Cup last year, moves up to Supersport.

Another part of the story at Road America will be who is absent. In addition to Gillim, a perennial contender in Supersport, J.D. Beach, the winningest rider in Supersport in the MotoAmerica era, will be absent. Last year, he raced for Attack in the Superbike class and won a race at VIRginia International Raceway, while also racing some flat-track events. This year, he'll race full-time in American Flat Track for Estenson Racing. Andrew Lee, who won the Stock 1000 championship the last two years, had hoped to move up to Superbike this year, but the consolidation in the class has apparently left him with no ride. Winning lots of races or even championships doesn't guarantee job security in the precarious sport of professional motorcycle racing.

How to watch on TV

Since fans can't go to the track to see the opener in person, television coverage is more important than usual. MotoAmerica Superbike races usually appear on Fox Sports 2, but Sunday's race will be shown live on Fox Sports 1, which has a larger audience, and will be the lead-in to the NASCAR race on the same channel. MotoAmerica officials are hoping that slot can introduce the series to some new potential fans. MAVTV will show both weekend Supersport races live, giving that class some TV time it didn't get last year. MotoAmericaLive+ streams all practice and qualifying sessions and races live online for a fee. 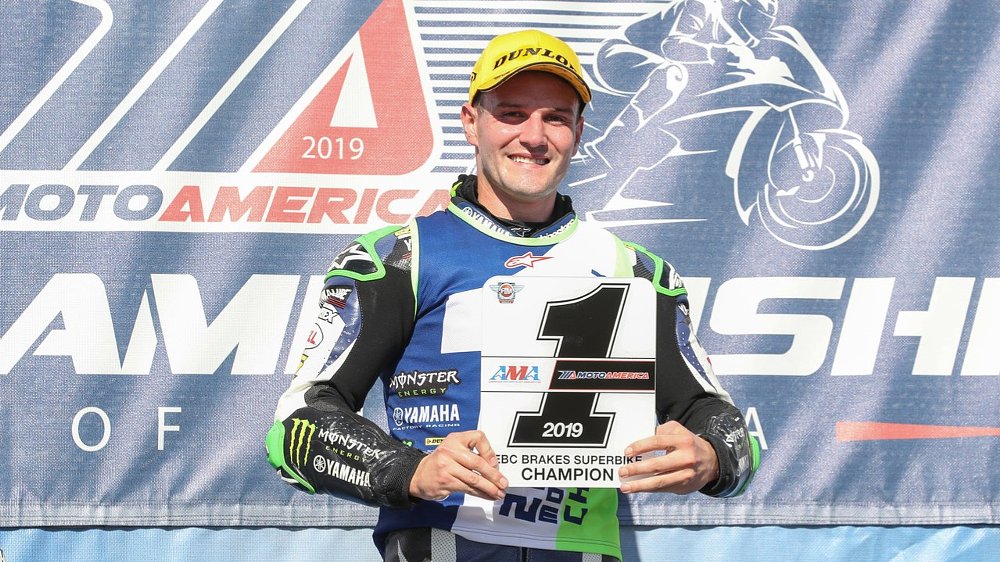