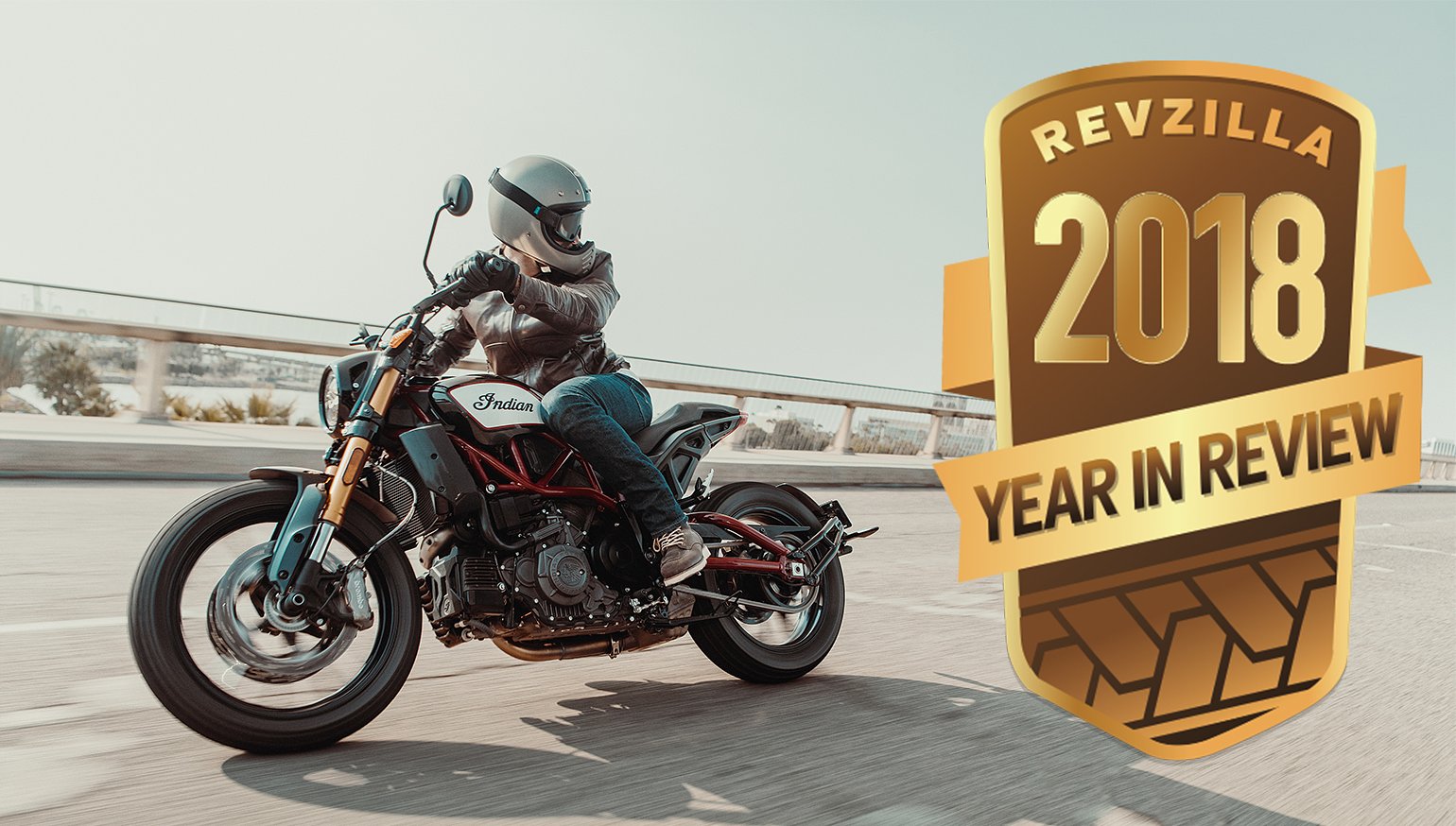 2018 predictions scorecard: How many we got wrong

Let's face it, if I could really predict what was going to happen I'd have made a killing in oil futures the last two months and I'd be retired and polishing my extensive motorcycle collection instead of writing about how many predictions we got right and wrong this year.

But here I am and it's time for our annual date with accountability. Here's what we said, here's what actually happened.

Comment: As Lemmy pointed out in his most recent roundup of great bike bargains, there are some incredible deals to be had on leftover new motorcycles of all brands. But his prediction focused on Suzuki, a company that hasn't been able to invest in a lot of new models. He has some compelling evidence, such as a new SV650 for under $4,000 or a Bandit with ABS for $6,299. I think he's right, but it's not just Suzukis. The market is soft.

Prediction: Retros sell like crazy… to the wrong customers.

Comment: In retrospect, Lemmy felt he deserved a C on this one. In a rare show of generous grading, I'm going to give him a higher mark. He felt that everyone bought retros, both young and old, which didn't match his prediction that they'd sell to older riders more than the younger riders the manufacturers were hoping to attract. Meanwhile, however, I did a few minutes of research by wandering over to the Z900RS forum, which has members from around the world. A survey there found the median age was 56 and the average age was 53.32. Not a huge or scientifically selected sample, but still evidence, and it matches what I've seen anecdotally. Unless someone can show me reason to believe otherwise, I think Lemmy got this one mostly right.

Comment: I'm not sure they became a "thing" in 2018 but a couple of manufacturers did put links to demo ride opportunities in prominent spots on their web sites, and it seems more dealers are behind the idea, too. Let's hope it really does become a "thing."

Comment: No, I confess I'm still the most boring member of the Common Tread team and I did not buy a motorcycle in 2018. So how could Lemmy be wrong and still get a good grade? There are mitigating factors. First, it just seems wrong to penalize him for my shiftless behavior. Second, I did try to buy a bike. I offered to buy one of our loaner motorcycles, but it turns out that it wasn't for sale. The average mileage on my three personal machines is now above 71,000 miles. Maybe as soon as one of them dies, I'll finally get off my ass and do something.

And speaking of getting off my ass, let me roust Spurgeon to give him his report card.

Comment: Spurgeon thought it was a sure thing Kawasaki would use its 650 cc twin in a retro package to claim a slice of that market. Instead, Kawasaki revived the W800. To be fair, none of the rest of us saw that one coming, either.

Comment: Sales did decline by single-digit percentages, but that shouldn't have been a big surprise to anyone. Or a difficult prediction. With sales this weak despite low unemployment, the real question is what's going to happen when the next recession hits.

Prediction: Triumph finally releases a sport-tourer based on their Street Triple line.

Comment: Just plain didn't happen. But it should have. So Spurgeon narrowly avoids an F.

Comment: I'm sorry, Spurgeon. I've been trying to find some mitigating evidence here to avoid giving you a flunking grade, but I just can't. Not only did Rossi not win a championship, he didn't win a single race. Instead of winning a title, Rossi was part of Yamaha's longest winless streak at the top level of grand prix racing. And when that streak was finally broken, it wasn't Rossi who did it, but his teammate. Yeah, I know it was a long-shot prediction, Spurg, but the odds were way longer than you thought.

And now, I take the red pen to my own work.

Comment: Honda continued to spend a fortune on MotoGP and let its Superbike flounder in 2018. I dare someone to show me the ray of sunshine in the following: Jake Gagne's first full year in the World Superbike series was a struggle just to break into the top 10 on the CBR1000RR. He finished 17th in the standings and lost his ride. The other U.S. rider in WSBK, P.J. Jacobsen, split with his Triple M Honda team in frustration with two races still left. The Ten Kate Racing team that ran Honda's WSBK efforts in recent years declared bankruptcy last week after Honda dumped them for 2019 and Danny Walker, principal of the only Honda team in MotoAmerica Motul Superbike, recently announced he is liquidating the RoadRace Factory team. Oh, and after who knows how many years of rumors, still no V4. Can you believe some web sites are already saying maybe there'll be a Honda V4 Superbike in 2020?

Comment: I was right, though maybe not exactly the way I expected. I thought we'd see financial stresses in one of the larger manufacturers. Instead, we saw two small manufacturers shut down operations: Motus and Alta Motors. Both produced some great products, but that's not enough to guarantee success in the U.S. motorcycle market these days.

Comment: The smallest starting grid of the year was seven riders in the first Twins Cup race of the year at Road Atlanta. I'm not sure that qualifies as "embarrassingly thin," though I'm sure it's smaller than optimal. By the last round, however, 26 riders lined up for the Twins Cup race at Barber, so I deserve a low grade. The mitigating factor that spares me from getting an F is that only two riders contested the entire season in Twins Cup and Stock 1000, the two new classes for 2018. I still feel MotoAmerica could improve its class structure, but the evidence makes it hard for me to argue I'm right and they're wrong for staying the course in 2019.

Comment: I was right when I wrote that "This is Supercross, so there’s always the chance injuries will rob us of a three-way (or more) title fight." I was wrong in the main part of my prediction, however, when I said "I predict we’ll see multiple winners and contenders in the best title fight we’ve had this decade." While it's true that Jason Anderson didn't wrap up the title until the last round at Las Vegas, he led the points after every race of the season except Anaheim One. With everyone else getting hurt, it sure felt inevitable. And it sure wasn't the "best title fight we've had this decade."

Comment: It was almost cheating to make this a long-shot prediction (thus an A-, instead of an A). I mean, it should have been a no-brainer. But Polaris had thrown us a curve before, so I wasn't that confident. Fortunately, they came through and you will be able to put an FTR1200 in your garage, if you like.

So there you have it. A few home runs and a few whiffs. Check back three weeks from today for our 2019 predictions. We'll probably get a lot of those wrong, too. 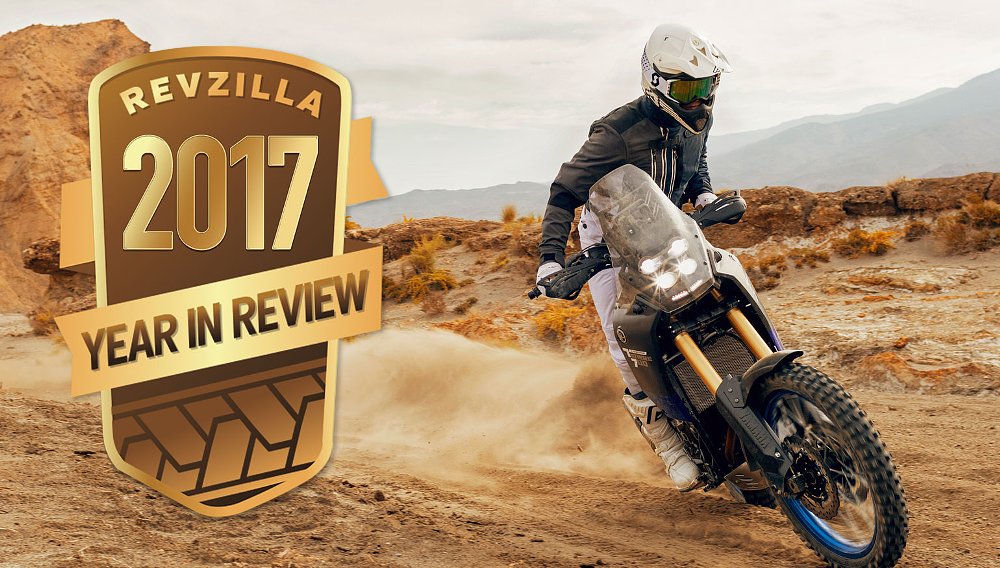