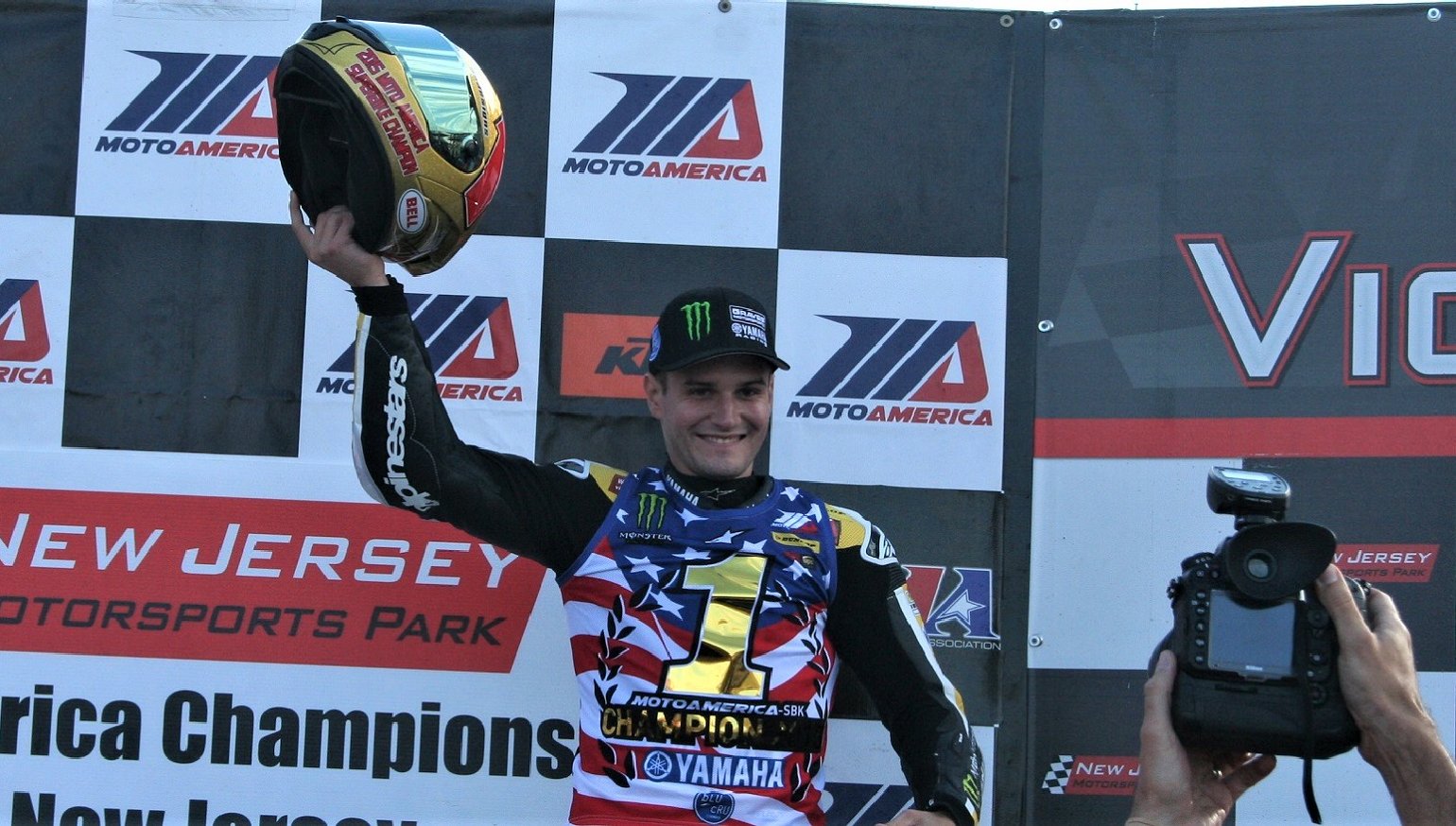 Will a U.S. rider get an unexpected shot at MotoGP?

In racing, one rider's misfortune is another rider's once-in-a-lifetime opportunity. Will the sudden departure of Jonas Folger from MotoGP open the way for a U.S. rider to get a shot at roadracing's biggest stage?

In case you haven't been following the news, Tech 3 Yamaha rider Folger announced that he will not be able to ride in 2018. Folger missed three races last year and was diagnosed with Gilbert's Syndrome, a genetic disorder of the liver. It is a condition that doesn't even require treatment for most people, but it does cause fatigue, so for a MotoGP racer who has to be in peak physical condition, it's a problem.

What has thrown the Tech 3 team into a difficult situation is the timing. The next test is less than two weeks away and the opening round is two months away. Team Manager Hervé Poncharal needs to find a second rider to partner with Johann Zarco and he has said he will not poach another team's rider. There is a possibility he could hire a Moto2 rider if that rider found a replacement for his team. But otherwise, he must look outside MotoGP. For fans, racers and their managers here, that raises an obvious question: Will a U.S. rider get a shot at one of the best seats in MotoGP?

The candidates for Folger's spot

Any U.S. rider has to be considered a long shot. There are many other possibilities — but each has its drawback, too.

Yamaha World Superbike riders Michael van der Mark or Alex Lowes could come over, but that would put the Superbike team in a bind. There are experienced riders who are currently in test rider roles, such as Sylvain Guintoli and Stefan Bradl — but they're currently with Suzuki and Honda, respectively, which could represent problems. Then there's young Japanese rider Kohta Nozane, who filled in for Folger last year at the Grand Prix of Japan and is already in the Yamaha camp.

As for U.S. riders, the most obvious candidate is two-time MotoAmerica Superbike champ Cameron Beaubier. He has been loyal to Yamaha and he performed ably if not spectacularly last year in a one-off World Superbike ride at the British round. A replacement for the MotoAmerica team would not be hard to find. In 2017, Garrett Gerloff and J.D. Beach battled for the MotoAmerica Supersport title and Garrett won both the championship and the Superbike ride for 2018, alongside Beaubier and replacing four-time champion Josh Hayes. Beach could easily return as Gerloff's teammate, now at the Superbike level, replacing Beaubier.

Perhaps the biggest obstacle is that unlike decades ago, when U.S. riders dominated grand prix racing, MotoGP teams today do not generally look to the United States for talent. Additionally, Beaubier ended the 2017 season with an injured shoulder. He seems to be OK now, but it could be a question mark in Poncharal's mind.

Beaubier got a tweeted endorsement from none other than the last U.S. rider to win — on a Yamaha — a roadracing world championship, Ben Spies.

When you look at Yamaha’s complete roster and where they are in their career I tip my hat to @cameronbeaubier. His style will work and we need a American back overseas! @Tech3Racing

One other factor is that both Folger and Beaubier are represented by the Wasserman Group. That could mean nothing, could open doors of communication or could even be a negative. Many were surprised by the tone of Poncharal's statement about Folger's withdrawal. He sounded hurt and angered by Folger's decision.

What about the real long shots?

What about Spies himself? Aside from the fact that he left Yamaha on bad terms, plus the question of his career-ending shoulder injuries, he just posted a photo of himself on Instagram with a broken arm in a sling. So that's a no-go.

Josh Hayes? He's  still with Yamaha, now as a "brand ambassador," and he's still training. But he also has a new baby at home and he's almost four years older than Valentino Rossi.

Then there's a choice that may seem crazy on the surface but has some strange logic to it. J.D. Beach is the 2008 Red Bull MotoGP Rookies Cup champion (a year after Zarco won it), so he has some experience racing in Europe. He just won the Superprestigio, which adds a little visibility to his name, at least.

Of course at first look it seems absurd to promote a rider directly from the MotoAmerica Supersport class to MotoGP, from a Yamaha YZF-R6 to a YZR-M1. It would open Tech 3 to a lot of second-guessing and it almost certainly won't happen. But one thing to remember is that Hervé Poncharal is a man willing to make unconventional choices. Selecting Zarco and Folger surprised many. Folger never finished better than sixth in a Moto2 season before being called up to MotoGP.

Poncharal has a tough decision to make and little time to sort it out. Could he surprise us again and tap American talent? It's a long shot. But you can bet some agents are working the phones.

Roadracing forecast: The U.S. drought in MotoGP is about to get worse Lance Oliver