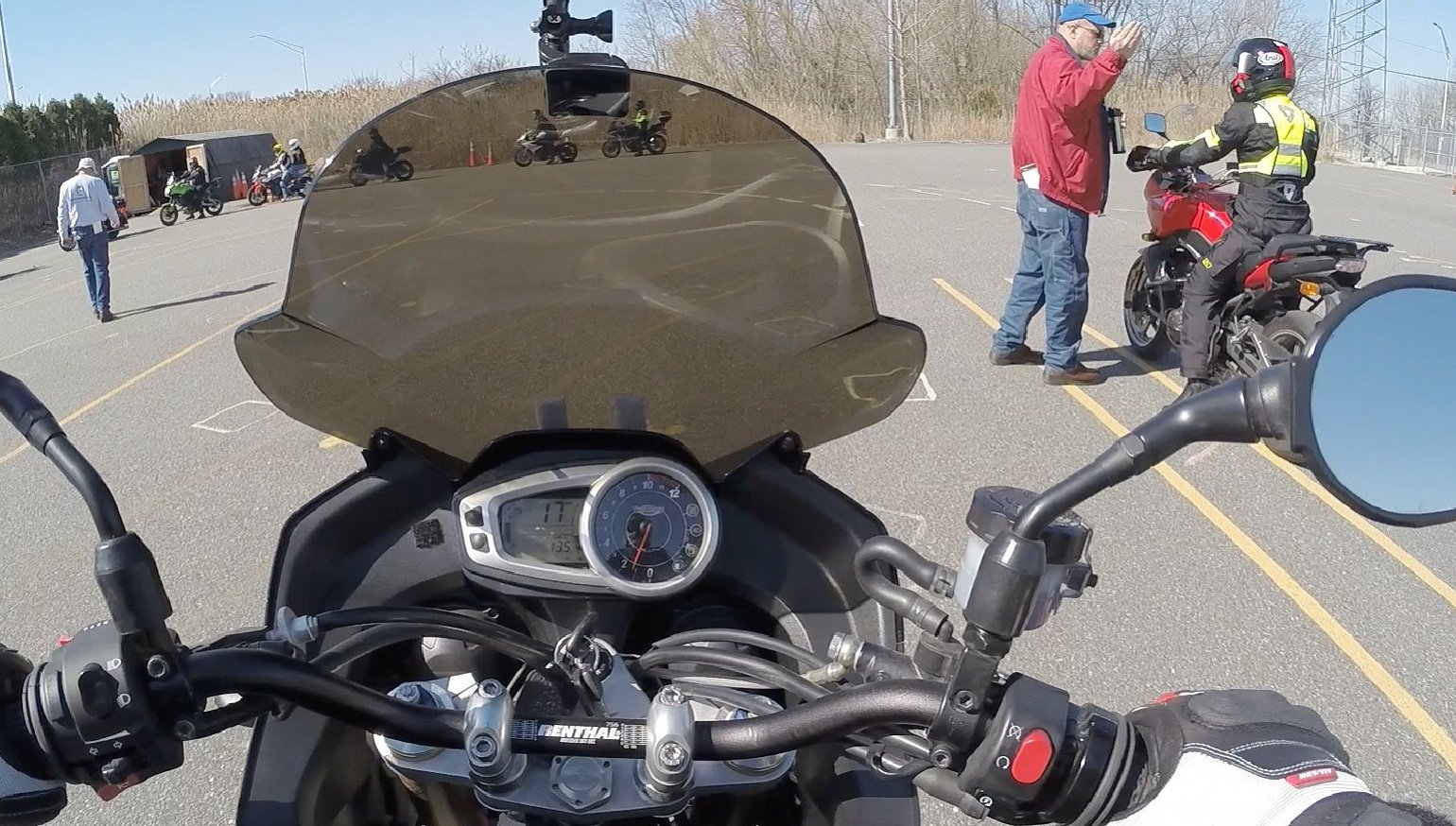 I wish we were on the cusp of a thriving era for the industry and for ridership, yet all the data indicate we are not in the midst of a Golden Age of motorcycling in the United States.

What’s a rider to do? It’s not likely an individual can favorably sway the employment environment of an entire country. I can't easily alter income inequality, snowy weather, or the price of gasoline. However, I’m confident there are things an individual person can do to promote a healthy, growing motorcycle climate in the United States. Here are some things I plan to do in 2018.

Be the change you want to see

Become part of the organizations already poised and mobilized to make changes. Join the AMA or your state or local motorcyclist association. I'm about to join the Connecticut Motorcycle Rider's Association (CMRA).

When I look at photos of CMRA activities on their website, I see a lot of gray-haired middle-class white guys in black leather riding Harleys. There’s a lot of emphasis on not having to wear a helmet. I am also a middle-class white man, but that's about all I have in common with them. I ride a naked street bike and proudly wear my full-face helmet and hi-viz gear, but I will gladly join in the monthly meetings, group rides, and other activities with CMRA, even if I stand out. In my experience, older members love motorcycling and want to see it thrive, so they'll welcome the next generation. Even if you don't agree with everything an organization does or stands for, if it truly represents its members, your ideas will be on the table.

Get involved in rider education by becoming a certified MSF RiderCoach, or at least by being a RangeAide. I've been a RiderCoach in two states and it’s not a huge time commitment, once you are past the initial training. MSF only requires that you coach a minimum of two (typically weekend) courses per year.

If you're a Millennial, like me, realize you're the next generation in these organizations and somewhat of a rarity. When I get together with other RiderCoaches, I'm almost always the youngest person there by at least 10 years, but again, I've been welcomed by the old guard.

"It's good to go to a funeral, as long as it's not yours" says an old proverb.

Any time you show yourself to be a genuine, caring member of your community by participating in activities that are important to others, those people will be much more likely to listen and help you with your own projects, such as canvassing your neighborhood with flyers about motorcycle safety and traffic law.

Right now, there are no fewer than 26 candidates running for governor of Connecticut. I recently bumped into one candidate's campaign at a local pub while attending a holiday party for work. The candidate is not in the political party that I typically vote for. Regardless, the one thing I explained to him and his staff was the benefits of motorcycle lane-splitting. I had the full attention of about six people. They had never heard about lane-splitting and found it fascinating. Reactions were positive.

Plant a seed of interest among non-riders through the principle of "priming." In their acclaimed book, "Nudge: Improving Decisions About Health, Wealth, and Happiness," Richard Thaler and Cass Sunstein describe how merely asking people about performing a certain action will drastically increase the likelihood that those people will do it. For example, asking people, "Do you intend to buy a new car in the next six months?" can increase car sales among those people by 35 percent. Why not ask our non-rider friends, relatives, and co-workers if they would consider taking a Basic RiderCourse? The mere mention now might prompt them to sign up when the snow melts.

The other advantage is that helpful information can be gathered from those conversations. For example, when I recently spoke with a female coworker about taking a course, she said she'd be more likely to do it if it was an all-female class. I can take that information to my superiors in CONREP (our rider ed program in Connecticut) and see if we can offer one or two all-female classes this summer.

Best practices: Find out what works for other industries

I'm a school teacher by vocation and people care about education. A lot. Last summer, I sat down with members of the Connecticut School Finance Project, a growing non-profit that helps inform the public about how K-12 education is funded. I asked about their strategies for community engagement and communication. I wasn't shy about my motives, either. I told them I want to see lane-splitting legalized in Connecticut, and I'm ready to do the leg-work to make it happen. They gladly shared their wisdom with me. So long as I signed up to regularly receive their e-mail newsletter, of course.

Educators for Excellence is another non-profit operating in my local area. A few months ago, I attended one of their workshops to learn about constructing Stories of Self, which is a method of communicating something urgent and important to other people, particularly those who are in positions of influence. Although my personal topic for the workshop was oriented toward education and community engagement, I realized I could use a Story of Self in the realm of motorcycling.

Recently, I went skiing for the first time in many years. While coasting down the slopes, I realized that skiing has a few things in common with motorcycling. It's an activity that's seasonal, requires some monetary investment, and one must attain a certain level of skill before safely enjoying it. It's a niche market. I intend to look into the industry and see what kind of marketing works for them and consider whether it would apply to motorcycling.

Lastly, be encouraged. There are other industries paying attention. My father happens to be a traffic engineer. Last April, on the eve of his journey to Austin to join me for the MotoGP weekend, he e-mailed me a blog post from the Institute of Transportation Engineers (ITE). It was a small feature encouraging traffic engineers around the country to use the newly released safety data about lane-splitting to get it legalized. The entire universe is not against us.

So, here we are, January 2018. The next few years will be important for deciding the future of motorcycling. Each of us is just one rider, but we all can contribute to positive change by doing little things that add up to big results.