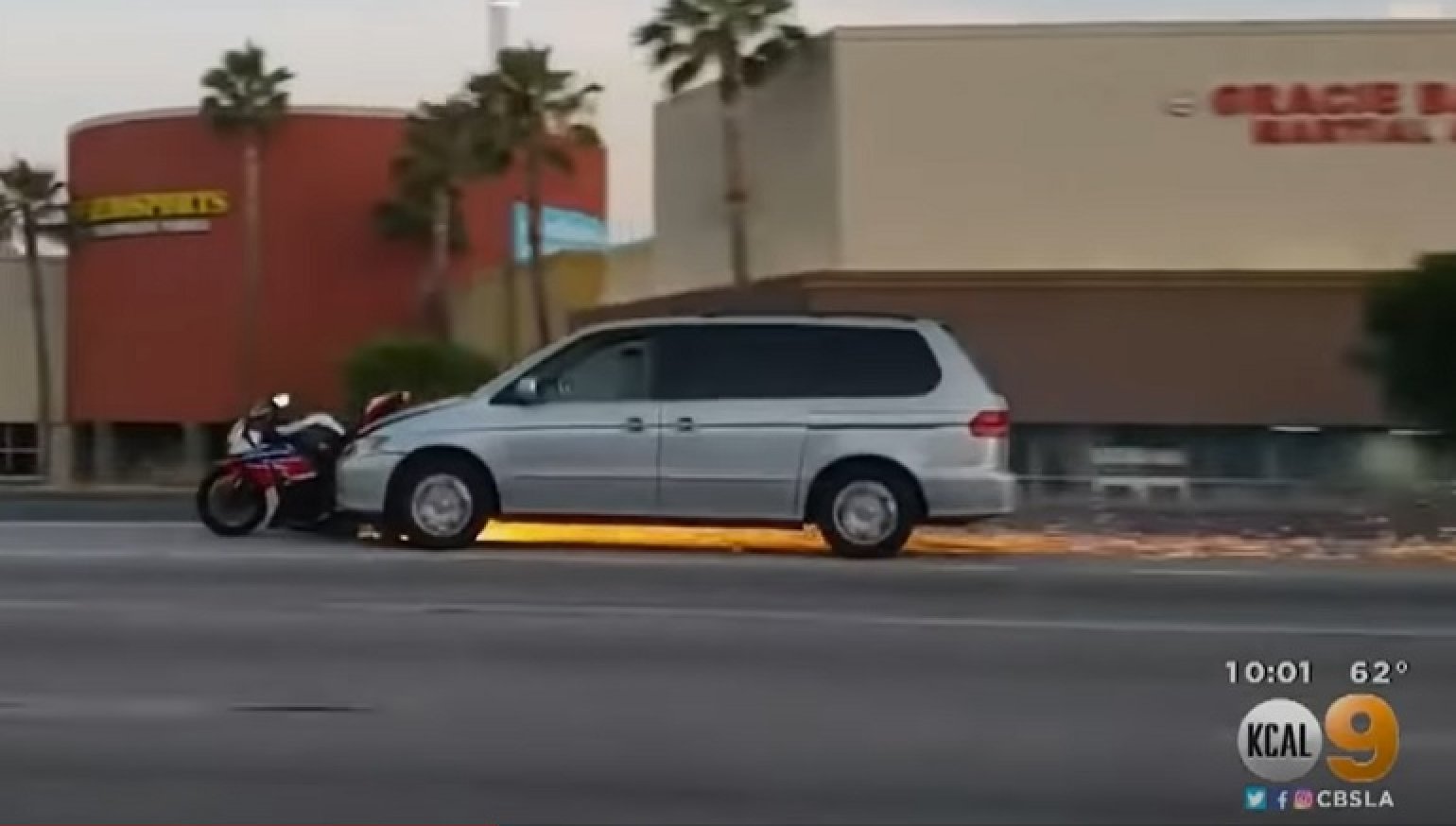 Video: The most futile hit-and-run ever

We know the danger of getting hit from behind when we're riding is real, and hit-and-run drivers are a plague, as some people try to get away with (attempted) murder. But this video has to be one of the most absurd examples yet.

The incident happened in Corona, California on Route 91 when motorcyclist Chain Arunritthirot was hit from behind by a minivan, throwing him off his bike. The driver kept going with the motorcycle lodged into the minivan's bumper, showering sparks on the highway. The scene was caught on video by a couple in another car, as seen in this report on KCAL television.

My question is, how do you think you're going to discretely slip away from the scene of your crash when you have a Honda wedged under the front of your car and you're throwing up more fireworks than the fourth of July?

Watch your six, folks, because a lot of people aren't watching where they're going.