Usually, when a NASCAR driver hits the wall, it's not news. But if that driver happens to be riding a motocross bike on live television at the time, well that's a different story.

In case you missed it, Fox couldn't resist the opportunity to promote both Monster Energy Supercross and NASCAR racing at the same time, with both series in Atlanta over the weekend. In past years, we just got flooded between Supercross heats with interviews with NASCAR drivers, some of whom were motocrossers as youths and were quite knowledgeable, and others who just showed they were clueless.

This year, Fox upped the ante by staging a holeshot competition featuring four NASCAR drivers who have ridden motocross: Greg Biffle, Clint Bowyer, Ty Dillon and Ricky Stenhouse. The idea was they'd race to the holeshot line with the winner handing over a check to charity. Just two problems: First, the Atlanta track featured a long starting straight, allowing riders to get up to a pretty good speed, and second, the holeshot line was right at the beginning of the first turn. As you can see in the video, the others were on the brakes before hitting the line. Bowyer stayed on the gas. The result was victory and, if not for one well placed Tuff Block, the possibility of watching the next day's NASCAR race from a hospital bed.

I wonder how many NASCAR team owners watched that display in horror and are busy rewriting the restrictions in drivers' contracts. 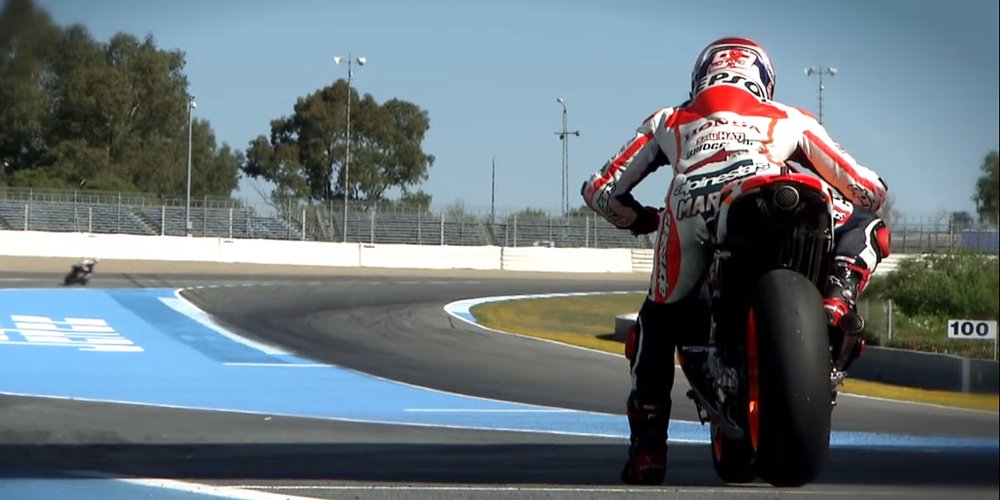