Several years ago, I did a fly-and-ride that involved six hours on a plane, hopping on a motorcycle in Los Angeles and riding north toward Washington state, trying to keep to a tight schedule. As the sun set along I-5, I stopped to switch the tinted faceshield on my helmet for the clear shield I'd brought along. That's when I discovered, 2,500 miles from home, that I'd packed a faceshield that fit a different helmet.

That was neither the first nor the last time I yearned for a better solution to handle changing lighting conditions. Add to that all the times I’d wrestled with a poorly designed shield-changing mechanism or accidentally snapped off those little plastic tabs that hold the shield in place, and I was primed to be a customer when two helmet makers, Bell and LaZer, began offering photochromic faceshields using the same Transitions technology used on sunglasses. (Shoei is about to come out with a photochromic option, too.)

So how do the Transitions faceshields work? I tested them to find out.

Riding off into the sunset may be a romantic cliché, but it’s a literal headache if you’re trying to spot road hazards ahead in the glare. We riders face constantly changing lighting conditions, and there are basically four ways to deal with glare and bright sunlight when wearing a helmet. Each has advantages and disadvantages.

The simplest solution is to wear sunglasses under a clear visor. Advantage: simplicity and cost, since you probably already own a pair of sunglasses. Disadvantage: not all helmets accommodate eyeglasses comfortably.

The second approach is to switch from a clear shield to a tinted one. Advantage: a tinted shield protects your entire face, not just your eyes, from the sun, and a variety of tints are available. Disadvantage: you have to carry multiple shields and stop to change as conditions change.

A newer approach is the drop-down sun visor, which works like sunglasses that slide up into the helmet when not needed and snap down with the flip of a lever when needed. An example is the Shoei GT Air Wanderer shown at right. Advantage: instant, on-the-fly adjustment. Disadvantage: added complexity and weight in the helmet, due to the mechanism, and no sun protection for your nose.

The Transitions photochromic shield is the fourth approach, providing the advantages of a tinted shield without the rider having to stop and change visors.

How it works: theory

Transitions Optical, Inc., licenses its technology to helmet manufacturers who use it on their faceshields. The process uses photochromic dyes applied to the inside of the faceshield. When exposed to ultraviolet light, these molecules change and darken. When the UV light is removed, the shield returns to clear. The video below by Bell demonstrates.

How it works: real world

I tested the Transitions SOLFX on a LaZer Kestrel Carbon Light Rich helmet. LaZer uses the Lumino brand to identify their Transitions shields. I also did some off-the-helmet testing with the LaZer faceshield and the Bell Transitions faceshield.

I have long been an enthusiastic fan of tinted shields for eye protection, in part because I rarely feel comfortable wearing sunglasses under my helmet on long rides. I rode thousands of miles in all kinds of weather conditions in the Kestrel with the Lumino shield, and I never noticed the shield changing. It did its job and let me concentrate on the ride. Only when I took the helmet off in bright sunshine did I notice that it had been working for me, blocking the glare.

To see the change in action, I removed the Lumino shield and paired it with a Bell Transitions shield and a standard dark tinted shield from another brand for reference. I kept the photochromic shields in total darkness then exposed them to full sunlight in 70 degrees and took these photos so you can see the transition for yourself.

As you can see, the photochromic shields converted from fully clear to almost fully dark in just 20 seconds. The photo after two minutes shows that they are nearly as dark as the standard tinted shield I used for comparison. The color is slightly different, and in use the standard tinted shield seems, subjectively, to block a bit more light, but as you can see in the photo, the differences are minor. There were no visible differences between the Bell and LaZer faceshields.

There’s one situation the Transitions shield cannot deal with. On my ride from RevZilla HQ to my home office in Ohio, I pass through several tunnels bored through Pennsylvania mountains. Because the faceshield darkens faster than it lightens, I’m through the tunnel from bright sunlight to dim light to sunlight again, before the shield can react. That’s a minor disadvantage, however, because two of the three other approaches would be worse: stopping to change to a clear shield from a tinted shield to ride through a tunnel a quarter of a mile long is impractical, and trying to take off your sunglasses while riding is a good way to drop them in front of a semi to be crushed. Only the flip-down sun visor can deal with the tunnel situation. Does that affect your choice? That depends on how often you ride through tunnels.

Because the faceshields are still made by the helmet manufacturers using Transitions photochromic technology, the designs still vary. For example, Bell and LaZer took two very different approaches to the attachment mechanism.

Bell’s faceshield uses molded plastic tabs to attach the visor to the mechanism. Those tabs can break if you’re careless in changing shields, but with the Transitions shield, you might never have to remove it. You might have to do that swap daily if you’re using separate clear and tinted shields. LaZer uses a more complicated but stronger attachment. Two aluminum-reinforced discs, one outside the faceshield and one inside, bolt together with a tiny bolt. The interior disc snaps into the helmet mechanism. LaZer sales reps like to unhook one side of the faceshield and dangle the helmet, holding it by the shield, to demonstrate how strong this system is. Unfortunately, as I was riding out of my driveway one day, I snapped down the visor and one side popped loose. Despite a dab of threadlock applied at the factory, one of those little bolts had backed out. Because it happened in front of my house, I was able to find the errant disc and fix the helmet in a few minutes. Had it happened on the highway, I’d have been out of luck. That incident may have been a rarity because I haven’t had problems since.

One advantage of the LaZer Lumino faceshield is that it accommodates the Pinlock insert, which makes the shield absolutely fog-proof. The first time I wore the Kestrel was on a cool evening, with temperatures in the 50s, and steady rain falling. I huffed and puffed as hard as I could and was unable to generate any fogging on the faceshield despite the conditions. The Bell has an anti-fog coating, but nothing I've found works as well as the Pinlock insert.

Because of these differences, as well as significant differences in the helmets themselves, you still have a wide range of choices, even when limiting yourself to photochromic faceshields. For example, the Bell Transitions shield fits everything from a top-of-the-line Star Carbon costing more than $600 to a Bell Qualifier that’s just a shade over $100.

Some people will look at the price tag of roughly $100 for these photochromic shields, will shrug, and will just keep using sunglasses. Some people swear by the new flip-down sun visors. Personally, I love the convenience of the photochromic faceshields. They pass my main test for gear: When I’m riding, I don’t think about it, because it just works, letting me focus on the ride. I love not having to carry a separate shield in case conditions change or I’m out after sunset. I love the fact that these faceshields virtually eliminate the need to worry about whether a helmet has a good faceshield changing mechanism, because I never use it. Basically, the only downsides I can see are the additional cost and the fact that the photochromic shield does not get as dark as the very darkest tinted shields. (As for cost, Bell and LaZer have both had promotions that have essentially made the visors free with a helmet purchase.)

Even if I have to pay full price, I'll do it to get the convenience of having one faceshield that works day and night — and knowing that I'll never again be stuck alongside I-5 in the twilight, trying to fit a clear shield to the wrong helmet. 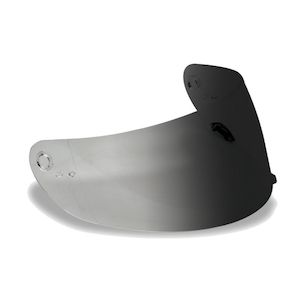 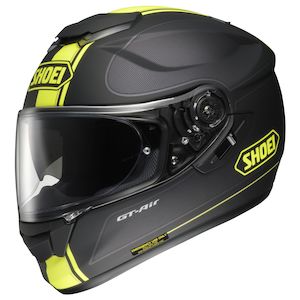 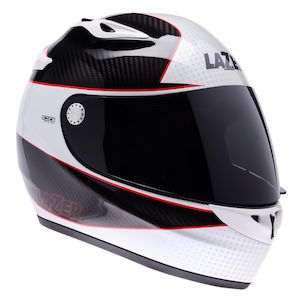