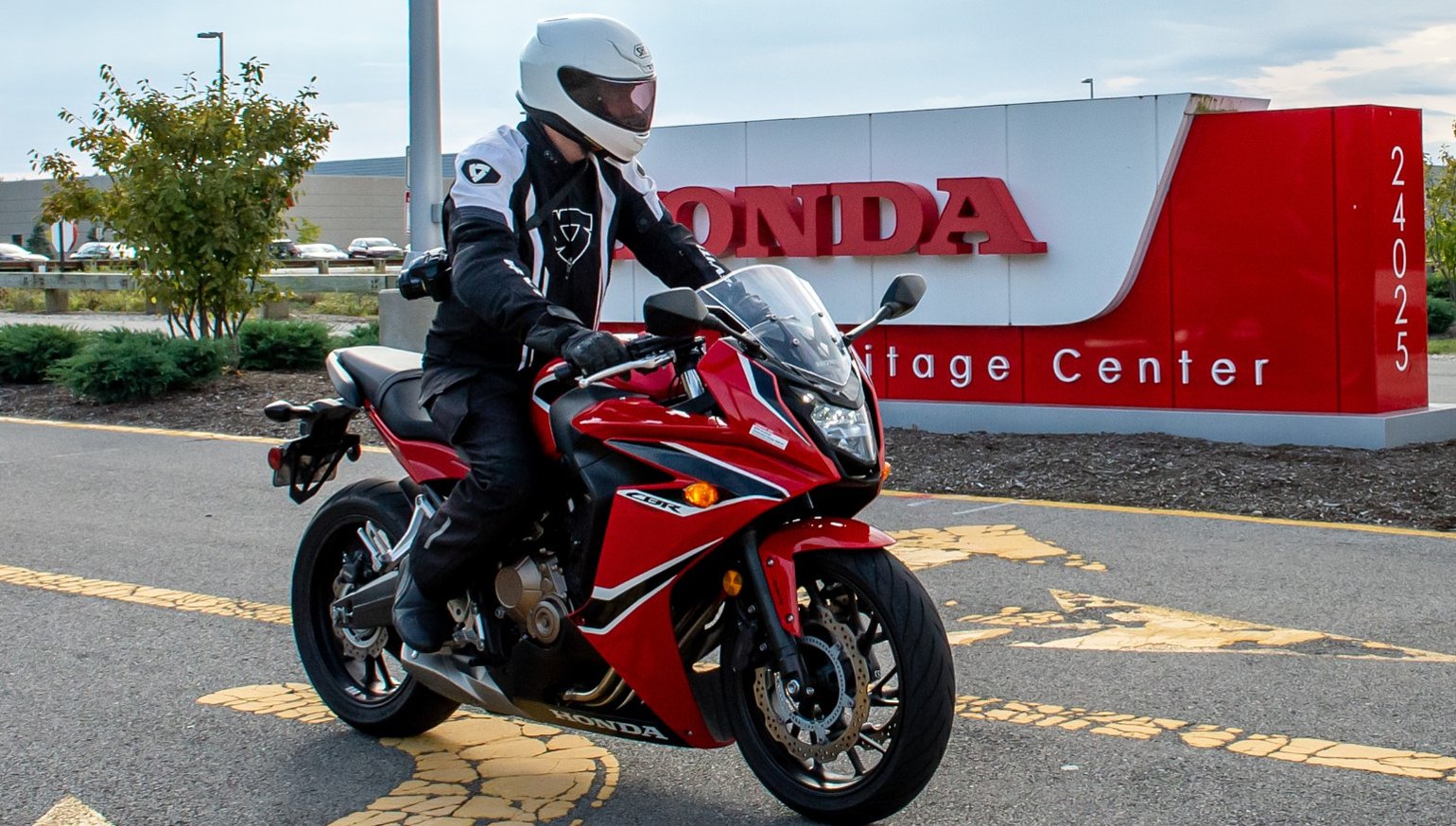 Touring the Honda Heritage Center: 60 years of Honda in the United States

I walk into the exhibition area of the Honda Heritage Center and turn left, where the display starts in chronological order, and the first three vehicles I see are firing off memories in my brain like popcorn kernals in a hot kettle.

It should be no surprise, really. Honda came to the United States not long before I was born, and given the company's meteoric growth during my lifetime, it makes sense that some of Honda's milestone products align with some of my life's milestones.

Just inside that door is a Honda Civic with the CVCC engine that set new standards for fuel mileage while meeting emissions standards without a catalytic converter back when it was introduced in the 1970s. Just like the one my uncle bought and then sold to my cousin. There's a 1966 CT90, much like the one my grandfather used to ride to get into the West Virginia woods to go deer hunting in his later years, his rifle stowed in a homemade scabbard he attached to the side. Beside that, most important of all, to me, a Honda 50, as the Cub was called in the United States. This was the first motorcycle I ever rode, before I was old enough to have a license, simply because it was the only one available to me. It's also the biggest selling motor vehicle in history and the motorcycle that created a whole new market in the United States, by convincing people that you could ride and still be one of the "nicest people," not just an outlaw or a gang member, like in the movies.

But those just happen to be my own personal memories. Whether you have any personal history with Honda or not, the Honda Heritage Center is a stop worth making if you're traveling through central Ohio.

60 years of Honda in the United States

Honda built the Heritage Center four years ago near its manufacturing plants outside Marysville, Ohio. It's not a huge display, but it is an interesting one that shows the range of the company's 60-year history in the United States through its products.

That history has been one of dramatic growth. American Honda started with one small storefront in California in 1959 and a pickup truck taking Cubs around to dealers and just eight years later had sold a million motorcycles in the United States. It began building motorcycles in this country in 1979, at the Marysville plant near the Heritage Center. Today, Honda is the largest employer in Ohio with 15,300 "associates," as the company calls its employees, and 31,000 associates nationwide. It not only builds cars and trucks for the U.S. market here, but also exports them to the rest of the world.

Admission to the Heritage Center is free and you can do a self-guided or guided tour. What will you see?

Even before you enter the exhibition hall, in the lobby you'll see the 1979 Elsinore that was the first motorcycle model built by Honda in the United States.

Honda started out as an engine company, so naturally there's a display of car and motorcycle engines, and separate from that is one of the GE Honda HF120 turbofan engines that power the HondaJet. There's a GL1200 Gold Wing engine that was the first engine produced by Honda in the United States. Gold Wings and a few other Honda motorcycle models were produced in Ohio over the years, but now the various plants here churn out cars and trucks.

The nearby Anna Engine Plant is devoted to producing engines. In many ways, Honda is still an engine company, just as it was when Soichiro Honda bolted a surplus two-stroke generator to his wife's bicycle in 1946, said American Honda's Brand Culture Champion (yes, that's his title) Charles Schnieber.

Another section of the Heritage Center features race vehicles, including a Supercross-winning 1996 CR250R ridden by Jeremy McGrath and a CBR1000R ridden in the 2007 AMA Superbike season by Miguel Duhamel. There's even a racing minivan, for some reason.

If you're into cars, there are significant examples ranging from a 1982 Accord that was the first car Honda built in the United States to its current NSX supercar, which is produced at a separate plant of its own nearby.

You won't see any photos from me of the auto plant tour because cameras are prohibited. You'll have to take my word for it that the place is massive. Some 4,700 people work there and the plant is capable of producing 440,000 Accords, CR-Vs and Acuras a year. The complexity of equipment and the level of organization required to keep all that humming is impressive. If watching the synchronized robotic ballet of half a dozen welding robots finishing Accord bodies or seeing trailer-sized presses stamping out parts sounds like your kind of entertainment, consider trying to get a spot on one of the tours.

As part of a special group of invitees, I also got to tour the Transportation Research Center, a 4,500-acre test facility nearby that is not open to the public. The TRC land is owned by Honda but the facility is run by Ohio State University. It is open 359 days a year and is used by all kinds of manufacturers, not just Honda.

The TRC has every kind of surface on which you might want to test a car, tractor-trailer, motorcycle, farm equipment, anything: a 7.5-mile banked oval, rough paved roads, cobblestones, roads with sine wave ripples, steep inclines, skid pads that can be flooded with water, a mud pit, sand, gravel, boulder fields, etc. One of the newest areas is a reconfigurable intersection designed for testing autonomous vehicles and under construction nearby is a replica of an urban area for more advanced testing. Alas, definitely no photos allowed in the TRC.

If you're mostly interested in motorcycle stuff, you decide to skip the car plant tour and you are done with the Heritage Center after an hour, there's another museum within striking distance. That's the Motorcycle Hall of Fame Museum at the American Motorcyclist Association headquarters in Pickerington, about 55 miles southeast of Marysville. The museum has two floors of exhibits, including displays honoring the men and women inducted into the Hall of Fame. (I'd link you to the museum web site but it's offline now while being reconstructed.)

If you're passing through Ohio, you could easily visit both the Honda Heritage Center and the Hall of Fame Museum in one day and get a dose of motorcycle history. 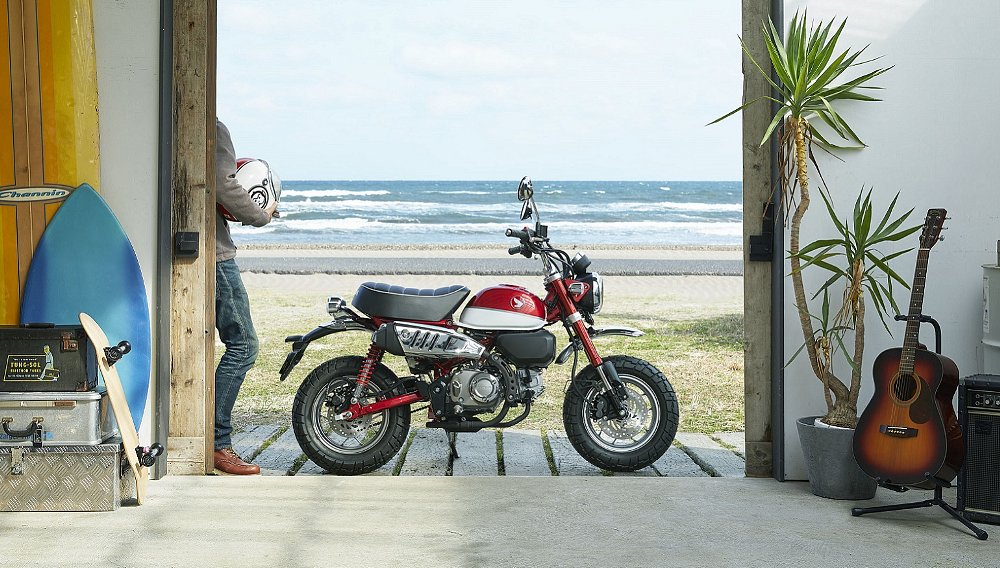 One in 100 million: Me and the Honda Super Cub Lance Oliver