I love our readers.

On Monday this week, Sean cited a few recent examples of road rage incidents between car drivers and motorcyclists and raised a question: Are these incidents becoming more common or are we just learning about them more because they are being caught on cameras that are increasingly ubiquitous?

Watching the videos and news reports of these incidents, I began writing this response in my head. As in many cases, if you want to know how to deal with a difficult situation, ask a pro. When it comes to riding a motorcycle in potential road rage-inducing situations, day in and day out, the pros I know are the motorcycle messengers I profiled last year in San Juan, Puerto Rico, where I used to live.

The traffic is heavy, streets are relatively narrow and clogged, social mood is on edge (the island has been in a recession since 2006), heat is high, and stress is higher. It's the perfect environment for road rage. But every messenger I ever talked to seemed like the calmest guy I'd ever met. It eventually dawned on me. If they did not take that attitude, they didn't last.

After watching one of the videos in Sean's story, I also started to ask the question: Does anyone honestly believe that telling a driver to "put down your fucking phone" is going to lead to anything positive?

But you know what? I don't even need to make those points, because Common Tread readers have already done it as well as I could do it. Consider this comment from ColoradoS14:

Self preservation man, I don't understand people who get pissed off on their bikes and try to yell at the driver. How many times has that gone well? Anyone have a video of a motorcyclist yelling at a motorist and the motorist saying "holy hell what am I doing with my life, I really need to think about my actions and change"? No way, because all it does is escalate the situation and put you in danger.

It's not like I'm going to spark some epiphany in a stranger and make them change their ways.

They basically made my point for me. Almazing offered similar (and similarly sensible) advice:

Ride defensively. Have situational awareness at all times. Have an out. Plan ahead. Never, ever, ever ride directly next to a moving cage if you can help it. And most importantly, never, ever, ever purposely aggravate someone inside a 4000 pound machine that can change the way you live your life in a blink of an eye. Ignore idiots. Carry on with your day.

The same goes for the point I was going to make about emulating those zen-like messengers. As Mr.Correcto correctly recommended:

My dad always drilled into my head while I was learning to drive my car that when we encounter road rage, the best course of action is to just ignore the person as best as possible and move on.

If I confronted every cager in my small town I would become enemy number one... Think like Buddha when you gear up!

Every messenger I ever met encountered the potential for road rage several times daily and treated it with the same approach: find an escape, use the motorcycle's power and maneuverability to put the problem in your rear view mirror, and instantly forget it. I can only assume those who didn't take that attitude either burned out or got hurt.

I also remembered the comment by rider coach and Motorcyclist columnist Ken Condon in one of our stories recently that "If you are having many close calls, you're doing it wrong." He was referring to putting yourself in positions where you could be involved in a crash, but the same applies to getting caught up in road rage incidents. Maybe 100 percent aren't avoidable, but nearly all are.

So to go back to Sean's original question, do I think road rage is increasing or just being caught on camera more? My sense is the latter. Like Sean, I actually am frequently surprised by how often drivers are courteous. My neighborhood is full of four-way stop signs. More than half the time, when I come to a stop after a car, the driver waves me to go ahead. A few days ago, three of us came to a stop and I was clearly last. Both drivers waved me ahead.

3 cases ... does not make an epidemic... you need to look at statistical data.

As editor of this RevZilla experiment over the past year and a half, one of my most pleasant surprises has been the quality of the comments by readers, especially considering how reading comments on news stories on most sites makes me depressed about the future of the human species. With few exceptions, the tone and level of discourse here have been well above my hopes and expectations.

Are we having a road rage epidemic? Sean MacDonald 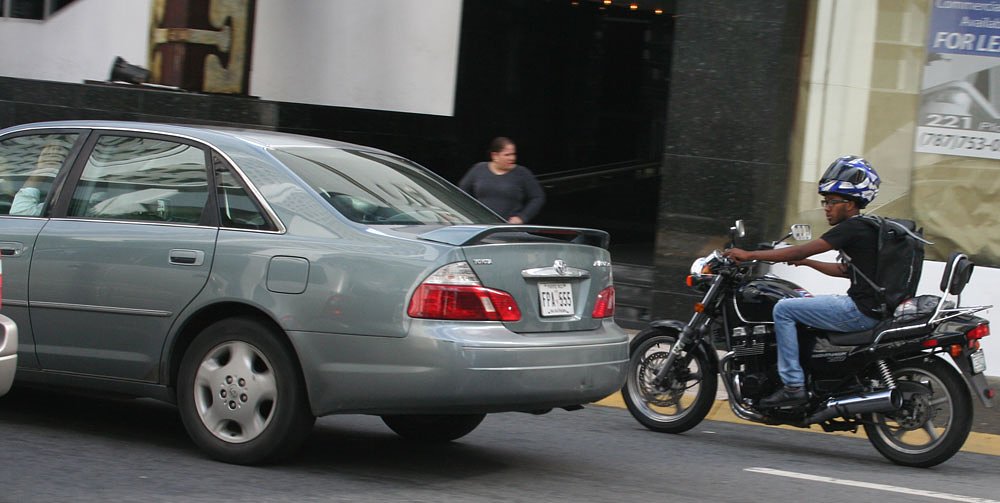