Should you buy a dual-sport helmet?

We field many questions on a daily basis. One that I have gotten dozens of times is the classic “I just bought a (insert the latest adventure-touring or dual-sport bike). Do I need to buy a dual-sport helmet?”

Many of those who pose the question are surprised when my response is a question back to them: What do you plan to do with your bike? That usually gets silence on the other end of the phone, as the customer tries to figure out what I mean. It’s not meant to be a trick question, even though most believe it is.

I pose the question because what most people want is to look like an ADV world traveler. That they could take that ride to Tierra del Fuego at any moment, should the mood, money and a sudden windfall of three months of free time just happen to fall into their laps. Until that happens, however, most buyers of an adventure bike will mainly rack up seat time riding the superslab and hopefully some twisties of the paved variety.

It’s human nature. We all buy vehicles that offer us way more than we can honestly expect to exploit, whether that’s a sport bike with a 190 mph top speed or an ADV geolander that can hold as much gear, farkles and gas as a small car. But if you want to be happy with the helmet you’re about to buy to go with that do-anything, go-anywhere machine, you should consider how it’s going to work, as well as how it looks. To do that, you have to start with being honest with yourself about how you really expect to use your machine the majority of the time, not the minority.

Having tested almost every dual-sport helmet on the market, I can tell you that while most ADV helmets have improved in the last few years, they have not surpassed street helmets in regards to aerodynamics, noise and, most importantly, weight. The biggest improvements have probably come in aerodynamics, but at 60 or 70 mph, a helmet with a six-inch appendage designed for blocking the sun or roost is never going to be as smooth and drag-free as a regular full-face helmet. That’s not a big deal for short bursts, but if you log bigger miles, you will end up with a stress headache or a neck the size of a body builder’s.

Now before everyone jumps all over me to remind me that the peak can be removed, I understand that. But that fails the logic test for me, and here’s why. First, I don’t want to have to convert my helmet every time I plan to hit the highway, and I’m bound to lose the screws, the peak or both, at some point. Second, even if I do remove it, I’m still left with a helmet that more often than not will be heavier than a comparable street helmet. And third, when I ride on the street and don’t remove it, that exaggerated beak and chin bar will catch wind and act as a sail during lane checks at highway speeds. Another drawback many don’t consider is that the awkward beak and shield shape make it very difficult to add an anti-fog insert. Many have tried it, but the inserts usually end up leaking and fogging because of the shape of the shield is so complex. So for all that aggravation, I’m just as happy to continue using my comfortable, lighter and quieter street lid for street riding, even on an adventure bike.

For those who are really going to spend a lot of time off road and doing all the aerobic exercise that requires, I’m going to break convention again and recommend that you look at a full-on dirt helmet. I’m completely skipping the dual-sport option for two very important reasons. Dirt helmets are much lighter and typically have much better venting, and those are two things you will greatly appreciate when you are picking up your bike for the fourth or fifth time. Most higher-end dirt lids are coming in under three pounds and will have three or four times the amount of vents built into the helmet than a street or street-based dual-sport helmet. This is due to the fact that street helmet vents are optimized for highway speeds averaging 60 to 70 mph. Riding trails or single-track, your average speed will likely be in the single digits or teens, at best. Not to mention that a pair of goggles costs about the same as a higher end faceshield (before anti-fog insert) and the replacement lenses are only about $10.

So as neat and innovative as the new dual-sport helmets are, I end up not recommending them to that many people. Not everyone will agree with that advice, but that’s OK.

If you are in a position to have multiple helmets for multiple riding styles or bikes, great. But if you are looking for one helmet to do the job, I suggest you consider these points and think about how it will work for the kind of riding you really do. That will increase the odds you’re happy with your purchase in the long run. 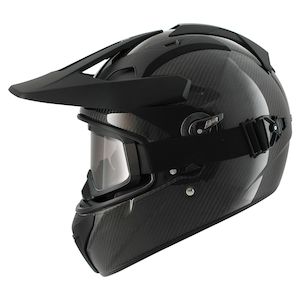 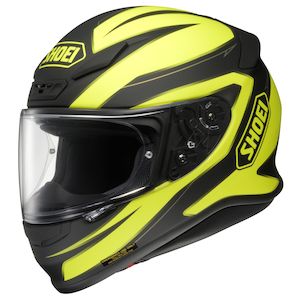 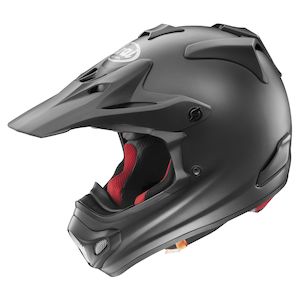