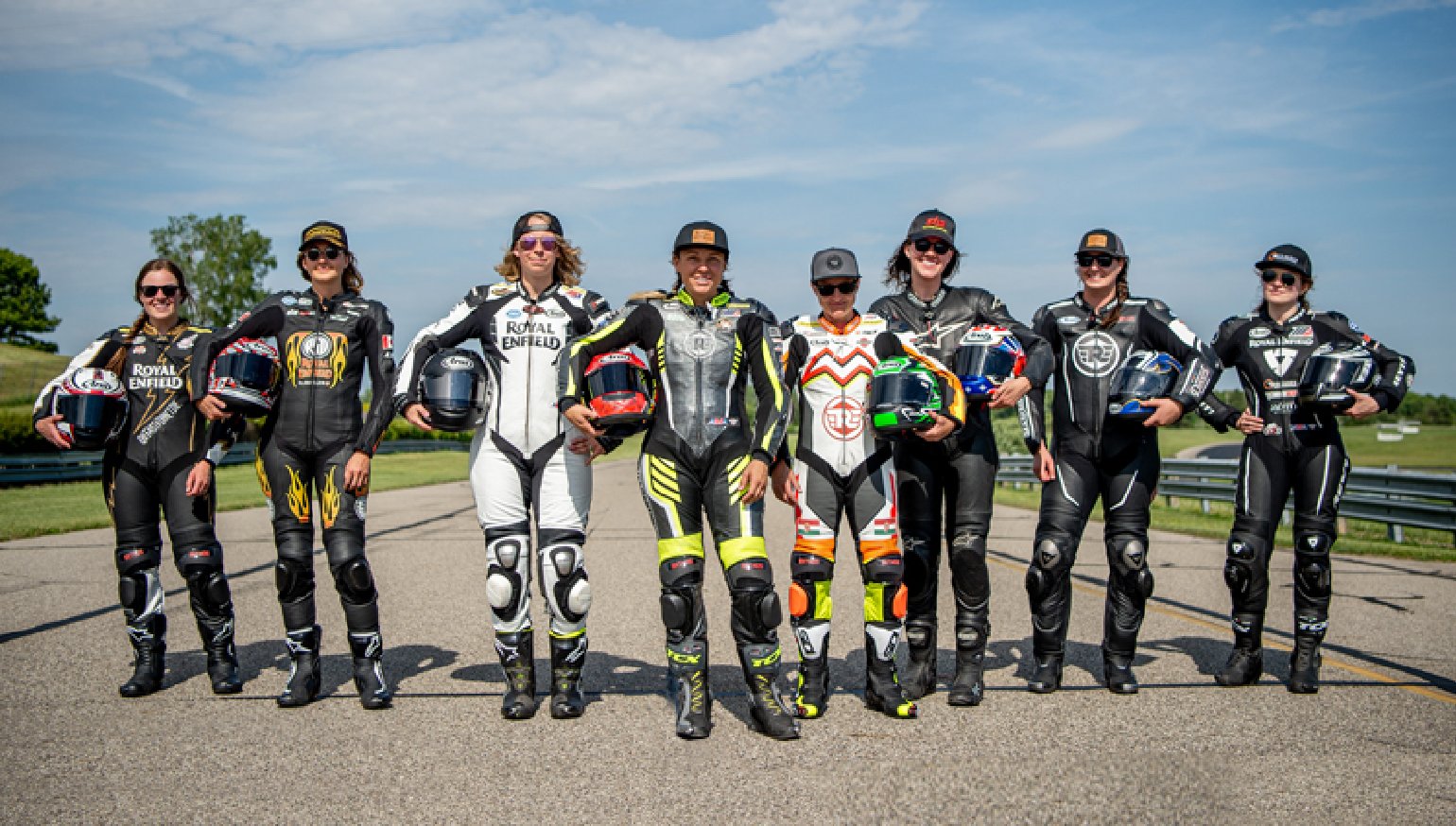 It is the moment of truth. Alyssa’s finger hovers over the starter button.

Months of preparation and hard work have led up to this pivotal point. With a sharp inhale, Alyssa hits the button and her Continental GT 650 race build roars to life. Alone in her garage, Alyssa fist pumps and celebrates this victory with whoops of joy.

This privacy won’t last, however, as the GT will soon be racing on the national stage at Brainerd International Raceway during the MotoAmerica Superbike round. Has Alyssa ever built a race bike before? Nope. Does she have much experience in road racing? Nada. Does she have the heart and soul of a competitor? You betchya. Welcome to Royal Enfield’s BUILD TRAIN RACE program.

Bree Poland is on a mission. A long-time fanatic of racing and a champion of female riders, Bree is flexing her muscle as Head of Marketing & Communications for Royal Enfield Americas and Global Brand Manager for the Continental GT platform to bring new faces into motorcycle racing in America. The BUILD TRAIN RACE program, now in its second year, was founded to simultaneously gain more exposure for the Royal Enfield brand while offering an incubator to coach female riders not only how to race bikes, but also how to build them, too.

The formula is straightforward; competitors build a race-ready machine from the provided Royal Enfield motorcycle, they train on their race bike with racing professionals, and then grid up to race on the national platforms of American Flat Track or MotoAmerica (new for 2021) in a class of their own against their fellow BTR competitors. Simple enough on paper, but those few short words do little to properly describe the crucible that the BTR program is. Many of these BTR female riders have little to no experience wrenching on motorcycles and most have zero racing experience. BTR competitors have described the experience as “challenging but rewarding,” “practically a second job” and “the best thing that has ever happened to me.”

The inaugural BTR season of 2020 kicked off with female competitors building and racing an INT 650 in American Flat Track. Professional road racer Melissa Paris was part of this first class and at the end of her BTR season she cooked up with Bree the concept of going road racing on the Continental GT 650. Other companies in the industry jumped in to support the second season, including Maxima, S&S, Dunlop, Boxo Tools, Ohlins, Arai, SBS and Vortex.

With a deep resume of international road racing, wrenching and MotoAmerica team ownership, Melissa was a natural pick to mentor this new class of BTR competitors. The 2021 BTR RR first class consists of Alyssa Bridges, Becky Goebel, CJ Lukacs, Kayla Theisler, Michaela Trumbull, Scarlett Grosselanghorst and Trisha Dahl. I spoke with each competitor to get a complete picture of how the 2021 season is shaping up and to learn about their individual journeys within the BTR program.

There’s always a little rush of excitement when the Royal Enfield first shows up at the BTR competitor's door, but that elation begins to wear off when they start realizing the massive project of transforming their stock machine into a race-ready motorcycle. Unanimously, each competitor was grateful for mentor Melissa’s initial outline to help them craft an approach to starting the build. From that jumping off point, each competitor took a unique path from stock bike to race bike.

For some, it was a mostly solo job in their own garage. Others seized the opportunity to reach out to their local community garages and resources for space and help with the build. Kayla teamed up with builder Gary Braun of Retrodyne, who was kind enough to share a corner of his shop and his expertise with her, Scarlett teamed up with community garage Moto Grrl in Brooklyn, and Becky had the legendary Roland Sands in her corner for tackling her build.

“You know, getting over that initial intimidation factor when starting the build was really hard,” admits CJ, who already has a bit of experience tearing down and building up dirt bikes for off-road racing.

“I found that starting with the easier stuff like bolt-on products really helped to build confidence,” Trisha added to the conversation. Not everything can be a simple bolt-on solution, however, and Alyssa described some of the anxiety she felt when having to cut off and remove the center stand bracket from her GT to fit the new S&S pipe. “Our group text turned into a stream of frustration and curse words, but we were all in it together, all going through the same thing, and it was nice to know I wasn’t alone.”

Building a race bike from scratch can be stressful enough, but some competitors had even more on their plate. Kayla accepted an engineering position with General Motors, so she not only had a new job to settle into, but also had to move locations at the completion of the build process. “New career, new city, new race bike, a lot of big life changes!” Kayla laughed.

Life-altering news also disrupted Michaela's build, when she learned that her father has stage-four brain cancer. “When I got this news I felt like this was way too much, I need to back out of the program," she admitted. "Between my husband and Melissa telling me to just take it day by day, a small step at a time, I kept the build going. When my father came off of chemo I turned my phone off, went to the garage and turned the music up. I went into a zone I had never experienced before in my entire life, I was so focused. The bike build kept my mind calm, it leveled me out. I am actually super grateful I had this bike build because I think it kept me from going down some dark roads. It kept my mind busy, and actually has created a new connection between my dad and I. Every time I talk to my dad he wants to know all about the progress on the bike, when the next practice is, and his interest in it is making me push even harder.”

Despite the hardships and deadlines, each competitor had their race-ready bike completed and shipped out for the next hurdle of the BTR program.

These first-time bike builders now get to be first-time test riders, in a discipline of racing — road racing — that is very foreign to them all. While some of the BTR competitors did have some background in flat track racing, off-road racing, and sidecar racing, none had ever piloted their own bike around a road racing circuit. So what’s it like to take your hand-built race motorcycle out for your very first track day?

“A little nerve wracking,” CJ laughs as she describes the first few laps on her GT 650 race build. “Trusting that I did everything correctly to withstand even one lap on this bike was nerve wracking. But it was so cool, the bike is damn great and each session it got funner.”

Scarlett also had an agreeable first-time track experience. “You know at first I did not have full trust that I had done everything right in building the bike, but getting on the bike and seeing how it rides and handles actually showed me that I had done a good job," she said. "The track also creates this Zen moment. The only things that matter are the track, your motorcycle and you. You aren’t worrying about a car that might cross your path, or a truck coming from behind, you are just focused on your bike and this moment.”

BTR competitors got coaching not only from Melissa Paris but also attended the Sportbike Track Time new racer school to get up to speed on racing protocols. “I had some pretty good speed from riding SoCal canyons, but I’m also seeing I have some bad habits from the street to break here, as well,” Alyssa admitted after her training sessions on track.

The track time also inspired some more tinkering in between sessions on the BTR bikes, with gearing and clearance issues coming to the forefront. “All of our bikes were hitting the rev limiter way too soon on the straightaways. So all seven of us women stayed after nine hours of training, well into dark, swapping out rear sprockets. We are still all figuring this out, but we are figuring it out together,” Becky told me. The general camaraderie and sharing amongst the entire BTR group has been inspiring, but once the green flag drops, how long will the friendships last?

On the weekend of July 30 to August 1, the BTR RR competitors will be make their racing debut at the MotoAmerica round at the Brainerd International Raceway. There is a clear divide in the ranks about how the competitors feel about this fateful weekend. Some are taking a come-what-may approach while others are biting their nails about their first race on the premiere national stage for road racing.

“I’m still going through some shock and realization of what this really is… this is a scary ass sport! I knew nothing of road racing until this BTR program and every day I am learning more about it,” Becky confessed.

“We are on one of the biggest stages in the nation and so the nerves are definitely there,” CJ chimed in.

Michaela has a very pragmatic approach to her big racing debut. “When I put my helmet on I almost feel like I am in disguise. All of my nerves calm down. Right now I’m not at all nervous, I’m just ready to get out there and see how it all turns out.”

Kayla shared a similar mindset. “I just want to take that checkered flag and I don't really care how I finish yet," she said, describing her strategy. "This first race will be experimental and I just want to make sure the bike is operating to its limits.”

For some, the meaning of the program and the support network around them overshadows the race itself.

“It’s more about the message we are sending to other female riders and less about the race really," said Scarlett. "It is stressful, yes, but it is a positive stress. This opportunity is so big and I am grateful for it.”

“In a way it kind of feels like we have already won," Alyssa added. "Just to be part of this program, to build the bike, to race it and to keep it already feels like winning. Sure, I’d love to win some races, too, but just getting to become a better rider and be a part of this is rewarding all on its own.”

Not just the competitors, but also the motorcycle industry and the racing community gain from the Royal Enfield BUILD TRAIN RACE program. It brings into the fold riders who are completely new to the racing scene and ignites in them a passion for wrenching and racing. Their journey has a ripple effect, from their social media posts to the televised racing. These women will inspire countless other riders to do their own maintenance, try to custom fab a new bit for their bike, to go out and do a track day or even get their race license.

“The BTR program was born to inspire, to start conversations and show support to women riders," Bree said with conviction. "We are showing the world that anyone can come out and race.” 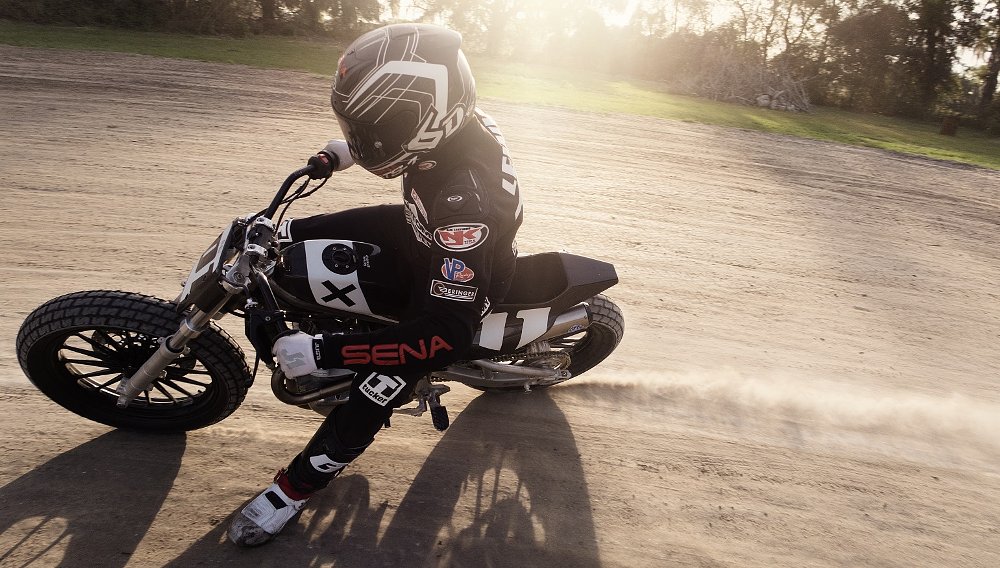 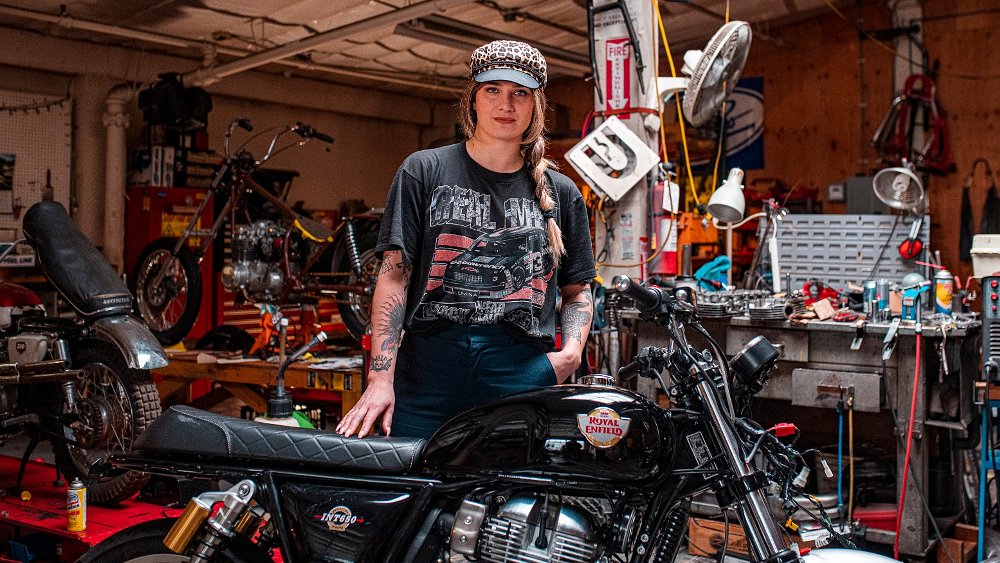