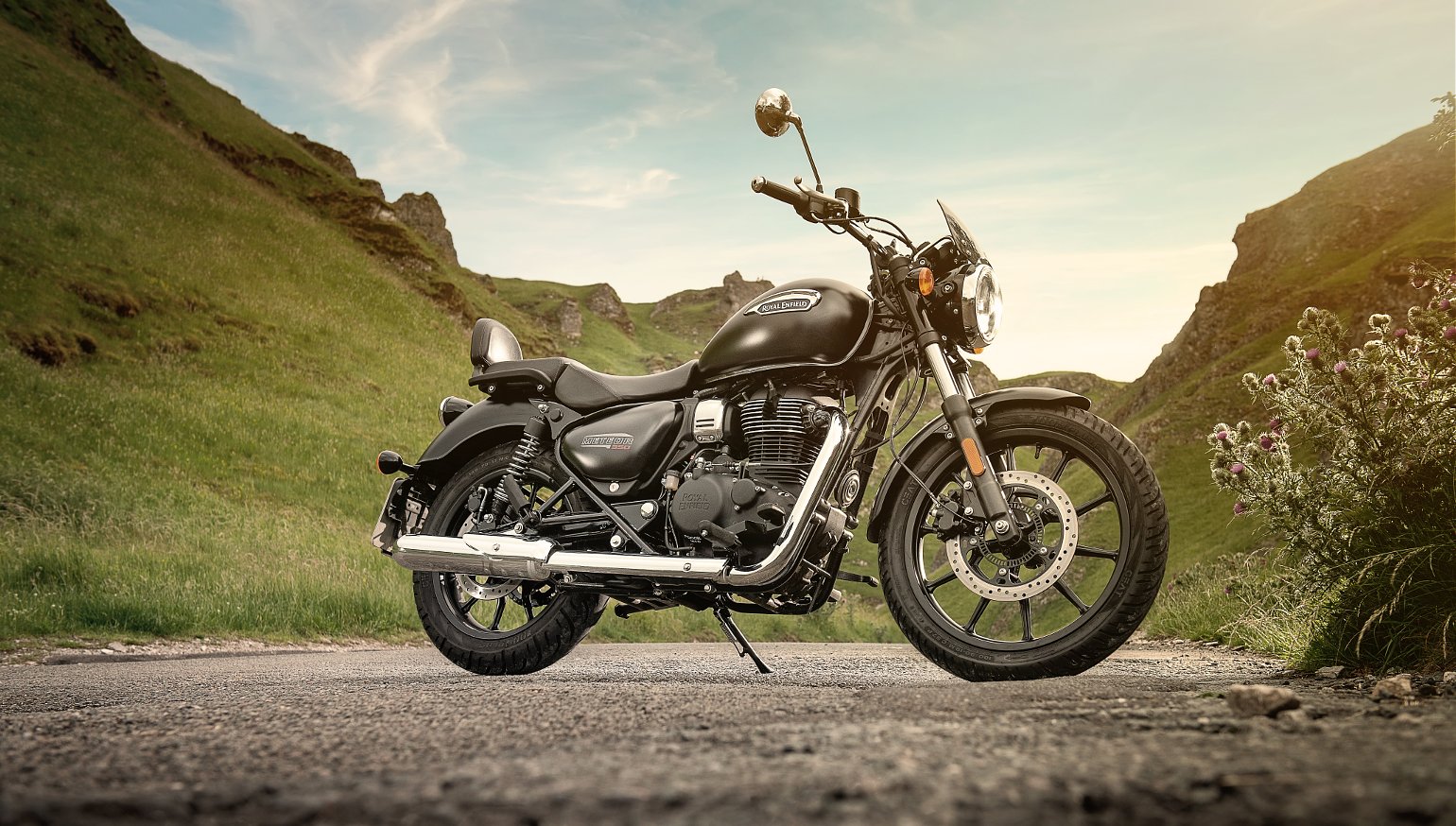 2020 was destined to be a big year for new motorcycles, or at least a big year for updates to existing models, as Europe’s EURO 5 and India’s Bharat Stage VI emissions standards came into effect.

The new standards killed off Royal Enfield's iconic Bullet mill, ending an era for the storied Enfield thumper and prompting the creation of a new model to carry the brand's single-cylinder legacy forward. Say hello to the 2021 Meteor 350. Royal Enfield has confirmed the Meteor is coming to North America in the spring of 2021.

The Meteor largely replaces the Thunderbird 350, a model not sold in the United States but the best-selling cruiser in India for the last 20 years, according to Royal Enfield head Siddhartha Lal.

“The Thunderbird was crucial to our ambition to evolve from a one-model manufacturer and to change the perception of our brand with the emerging demographic exemplified by the upwardly mobile IT professional in Bangalore,” writes Lal. “We used our new lean-burn engine with an all new five-speed gearbox, and for the first time [in 2002], moved the gear shifting on an Enfield to the left side of the motorcycle (gasp!).”

The new 350 engine is rooted in Royal Enfield’s history, like the Meteor name itself, which dates back to 1950. Look at the classical posture of that cylinder, sitting straight up while so many other singles slouch or even slant backwards. RE is virtually alone in keeping the Brit-style singles of yesteryear alive, and as you’d expect, the Meteor is intended for cruising around and taking it easy, not competition.

Cruising? On a 350, you ask? Don’t forget that a 350 is a fairly large motorcycle for the average Indian rider. U.S. riders will probably approach the Meteor 350 as a retro more than a cruiser, and I don't think Royal Enfield will mind. There's plenty of demand for affordable motorcycles with old-school styling in this country.

Royal Enfield needs the Meteor to spar with competitors in India like the Honda Highness CB350, the Benelli Imperiale 400, and Jawas's new line. Expect the Meteor to reach markets around the world as a low-buck standard to replace the Thunderbird and other recently discontinued models.

The unit-construction Meteor mill is a 349 cc, air-oil cooled, fuel-injected motor producing around 20 horsepower and 19 foot-pounds of torque. The pushrods of old are replaced with an SOHC setup, still with two valves. The 350 packs a five-speed transmission and a new balancer shaft that caters to the easy-going cruising style popular with RE’s faithful in India, which, as far as I can tell, is thump-thump-thumping around on plush-saddled classics and taking in the views. Wait, that sounds familiar...

The Meteor will be RE’s first bike on the new, double-cradle “J” platform, and its three variants (Fireball, Stellar and Supernova) are mostly cosmetic variations. "Sure-footed handling and luxurious comfort are aided by 41 mm forks with 130 mm of travel and twin tube emulsion shock absorbers with six-step adjustable preload at the rear," says RE. Controls are the farthest forward of any RE model. The overall appearance suggests a Bullet/Thunderbird crossed with an older Japanese cruiserette, with a pinch of recent Triumph. RE’s styling has become increasingly slick in recent years. Did you know they hired Ducati's Pierre Terblanche to pen the Himalayan?

In addition to mandatory ABS, this simple motorcycle has one tech piece that comes standard: Royal Enfield’s new Tripper navigation system, a small pod in the instrument cluster that shows turn-by-turn navigation. Riders set trip parameters with RE’s app via Bluetooth. The miniature TFT display dedicates most of its screen to arrows that change color and flash as the next turn approaches. It reminds me of Beeline’s smart nav unit that took Kickstarter by storm a few years back.

Tripper marks RE’s first foray into inexpensive nav systems, an especially desirable feature for technophile Indian customers, and I have to think we’ll see the Google-powered Tripper units on other RE models soon. It wouldn’t be too hard to spin off as a universal accessory, either. The USB port on the side of the pod allows the riders to charge a phone and other gadgets. (Hey, motorcycle industry! If Royal Enfield can include a USB port from the factory, you can, too.) One last tech nicety isn't on the bike, but online: a collection of free, high-quality YouTube videos covering all basic maintenance for this model.

“It was a tough and heart-wrenching decision to let go of the Thunderbird brand for all of us at Royal Enfield," writes Lal. "However, in order to once again redefine the cruiser market in India, and to take our unique Royal Enfield style of cruising to the world, we are rekindling a brand that is instantly recognizable as an ‘RE’, as well as a single brand that we can use around the world."

Price will be one of the Meteor’s main strengths, as it retails for around $2,400 in India. Royal Enfield hasn't officially told us the U.S. price yet, but some back-of-the-napkin math puts that number closer to $4,200 for the U.S. market, using the Himalayan’s prices for comparison. The Meteor could be a compelling option for riders seeking classic style, turn-by-turn navigation, simple mechanicals, and beginner-friendly power for under $5,000. A meatier Meteor based on their INT 650 twin would probably do even better.

Royal Enfield is keen to develop their U.S. dealership network. Would a bike like the Meteor get folks in the door? Or would it suffer the same fate as other retro singles like the Suzuki TU250 and Yamaha SR400? I suppose that depends on what cruising means to you. 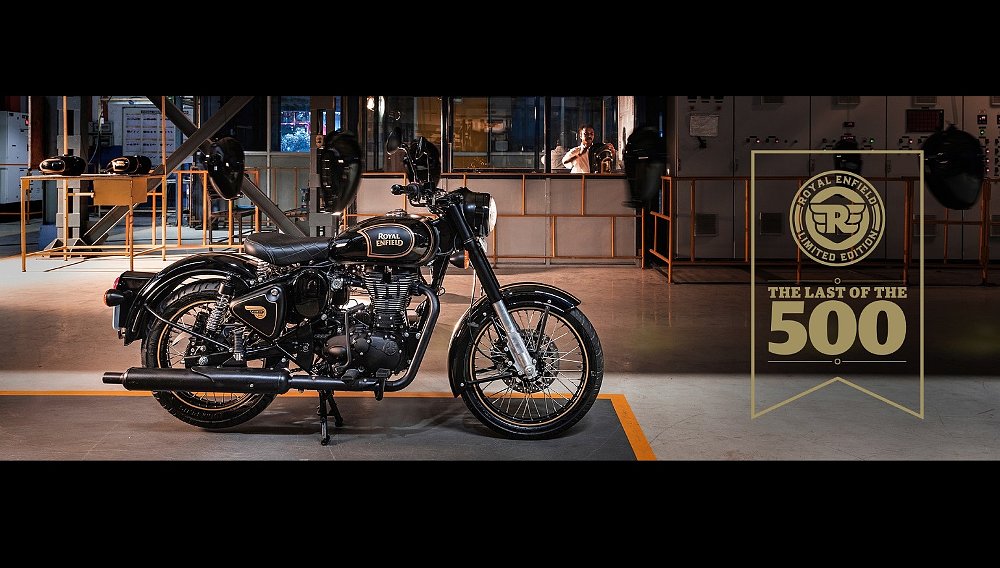 Down to our last Bullets: Royal Enfield ends a classic Mark Gardiner