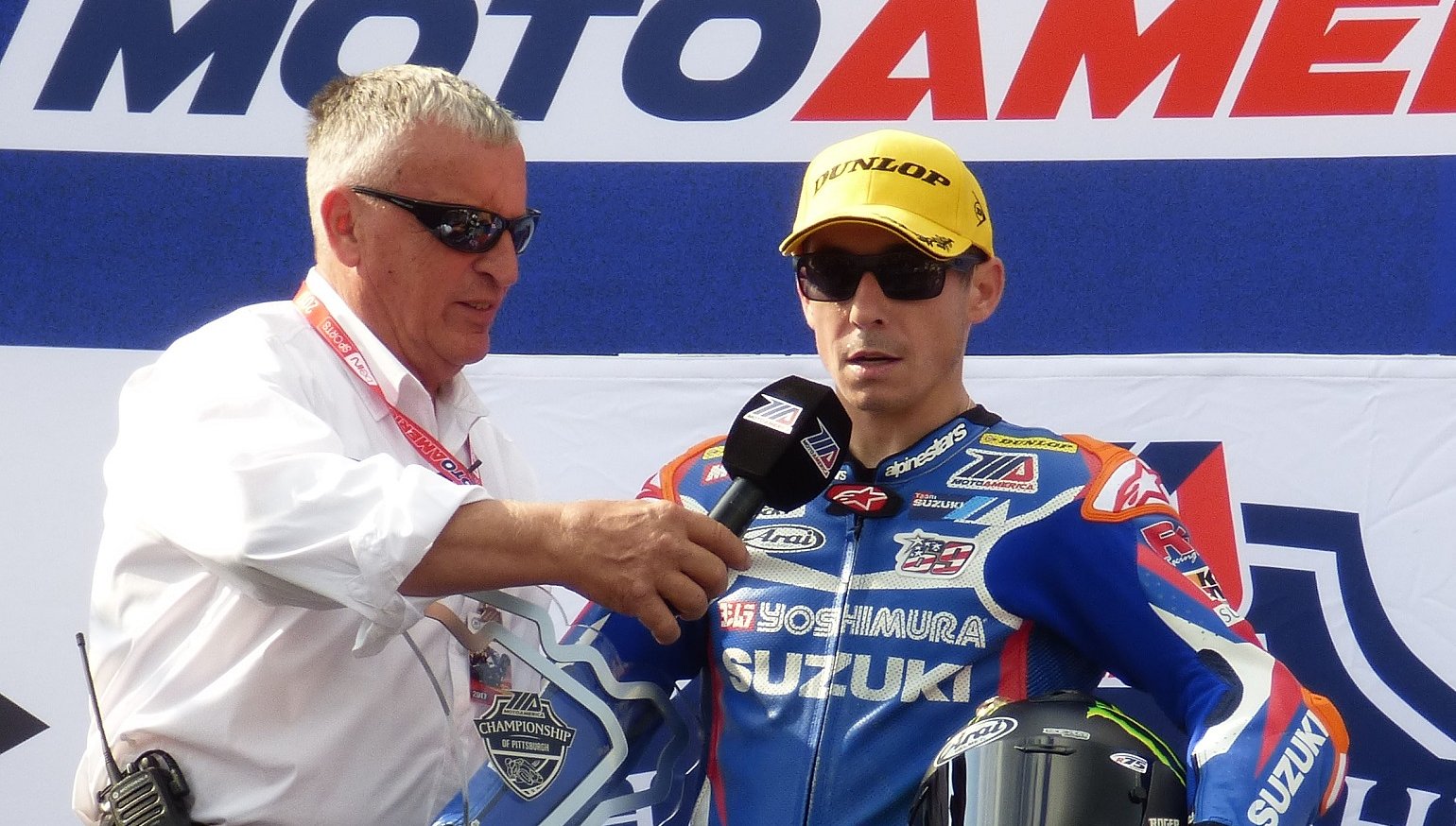 Remembering Brian Drebber, the "superfan who never got jaded" about motorcycling

From the first booming "Good morning" early Friday when the paddock is still half asleep and mostly empty to the last podium interview on Sunday afternoon, Brian Drebber's voice was the soundtrack to every MotoAmerica race weekend. But not this weekend.

Drebber was riding his motorcycle from his home in Georgia to the airport to fly to Pittsburgh for this weekend's round of racing when he hit a deer and was killed. He was 68.

Few in the paddock understand better than beIN Sports announcer Greg White just how difficult Drebber's job was — filling a full day of air time over the public address system. But there's more than that to the story. Without Drebber's generosity, White says he would never have had a career in television.

White was an amateur WERA racer who was transitioning to AMA Pro racing when he went to an American Supercamp in the winter of 1996 and met Brian Drebber for the first time.

When he found out White had just moved to Marietta, Georgia, from North Carolina, Drebber offered to introduce him to the Chet Burks Productions team based in Marietta.

"In typical Brian Drebber fashion, it wasn't just hot air," White says, and he met the team at Chet Burks, which was producing a range of motorcycle programming at the time. "That was my first introduction to anyone in television. I was just curious to see how television was made. I had no aspirations in television. I was on a career path, I was going to race motorcycles on the side."

A few weeks later, however, White pitched the idea of doing a feature on privateer roadracers like himself, and Drebber came out to Road Atlanta with a camera person to show him how to do it. The feature made the air, "And that's really what set my entire television career in motion."

"Brian wasn't concerned about creating competition for himself or any of the kind of stuff you get in television," White says. "Brian didn't care about any of that. He just cared that I had a passion for the sport. And he cared to help me out. If it wasn't for Brian Drebber and his generosity, I'm not sure I would be here at all."

Working in the motorcycle industry turns motorcycling from being a passion to being a job, for some. It never seemed to do that for Drebber.

There's one less fan at Pittsburgh International Race Complex this weekend and the soundtrack is not the same.