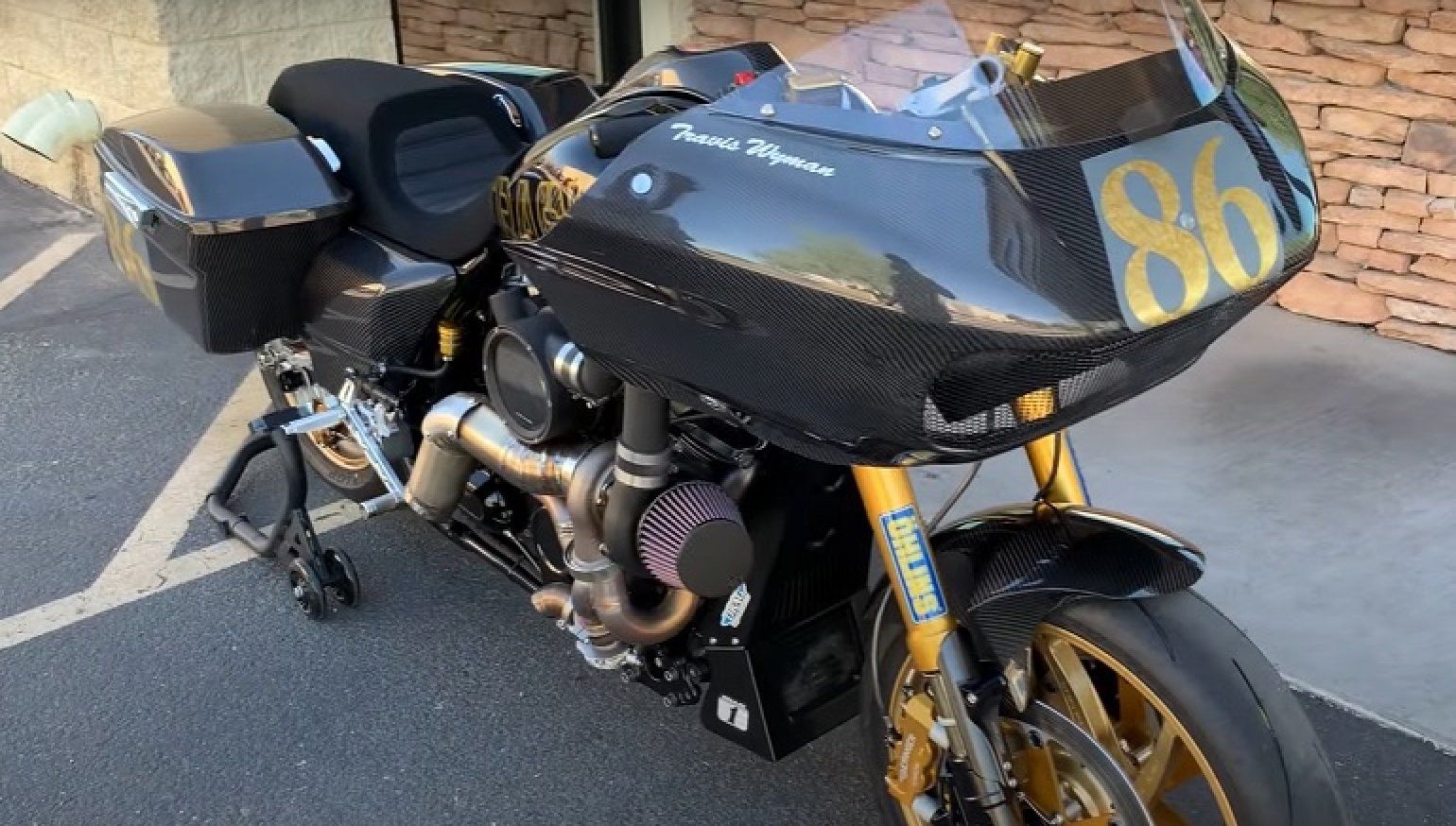 Ever since MotoAmerica announced it would field a King of the Baggers race at the GEICO Motorcycle MotoAmerica Speedfest at Monterey round of racing this year, the image of 650-pound cruisers plunging down the Corkscrew has divided riders into two fairly distinct camps.

Some think it sounds like great fun while others think it shows about as much good judgment and decorum as propositioning your best friend's widow at his funeral. More than a dozen builders were invited to put together an entry for the race and they've responded with what can only be described as genuine enthusiasm. Plus, building hot baggers is apparently a real trend in certain corners. (I wouldn't know, because trends usually die before they make the long trek from the cool areas to where I live. The hipsters on cafe racers never even showed up around here.) On the other hand, plenty of people thought the concept of racing baggers only cheapened MotoAmerica's real racing. It was a grab for attention that looked desperate, some thought.

MotoAmerica even invited one of the critics, Asphalt & Rubber blogger Jensen Beeler, to discuss the topic on the "Off Track with Carruthers and Bice" podcast early this syear. "The smell test on this for me is just horrible," said Beeler. "What's next, the clown car?"

Since then, the MotoAmerica round at WeatherTech Raceway Laguna Seca was postponed, which created more time both for the idea to sink in and for the teams to build some remarkably unusual race bikes. Plus, they've lined up some very interesting talent to ride those one-off machines. Finally, some of the builders have made some videos to let us have a look inside the shop at what they're preparing.

Leading the media effort, as usual, is Indian. Two teams, Roland Sands Design and S&S Cycle, are both building racers out of the Indian Challenger.

Younger riders may only know Sands as a custom bike builder and designer of cool riding gear, but before all that he was a national champion on a race bike that's about the opposite of a bagger. He won the 1998 AMA GP 250 championship on a two-stroke Yamaha TZ250. And he won at Laguna Seca on that bike.

"My first reaction when I heard they were going to race baggers at Laguna Seca was, 'Why?' I didn't understand it at all," Sands said in the video.

"It's not an easy track," Sands said. "It's maybe one of the worst tracks to ride a bagger at because I think you run out of lean angle really quick and really weird places. There's a lot of flat corners that are very high speed there. Stuff goes off camber or does weird stuff. All of a sudden you're leaned over and you run out of ground clearance."

But Sands also noted he loves to have fun, and he's not the only one who thinks the challenge of building a racing bagger is an enticing one. You can see more of the Challengers being built in the part two video below. From engine work to suspension and brake upgrades and increased ground clearance, these are anything but your grandfather's bagger.

"People are already just throwing the moon at these things," Bostrom said of the baggers being prepped for the race. The video below is an interview with Bostrom about the entry from the Fueling team that he will ride.

But perhaps the biggest question mark is the entry from Trask Performance that Wyman will ride. The rules included displacement limits, but apparently nobody said anything about forced induction. So Trask built a turbocharged Harley-Davidson Road Glide that is claimed to produce 200 horsepower. Check it out.

If you want to see a small taste of what it's like to ride one of these racing baggers, here's some on-board video of Tony Sollima riding the Speed Merchant Racing Team Harley-Davidson Electra Glide Standard in a practice session at Willow Springs.

MotoAmerica is going to show the final practice session for the baggers on its Facebook page live at 4:40 p.m. Pacific time on Friday. All the racing is streamed live at MotoAmerica Live+ and weekend packages are available.

So, racing baggers: yes or no?

So while I said at the beginning that the King of the Baggers race has divided riders into two camps, the truth is that it's not that clear-cut for me. I generally don't mind what additional attractions a motorcycle racing series adds to broaden the weekend's entertainment and get the attention of potential new fans, as long as they don't mess with the integrity of the top-level racing categories. (I've been more critical when a series tries to "improve the show" by tinkering with the main event.) So I'm OK with the baggers as a sideshow. In fact, I'm sure it will be a more serious competition than the Heritage Cup race that's also part of the Speedfest at Monterey and features historic race bikes.

Will we see 650-pound baggers cartwheeling through the Corkscrew or grenading motors over the turn one rise? What do you think? Abomination, or good fun?