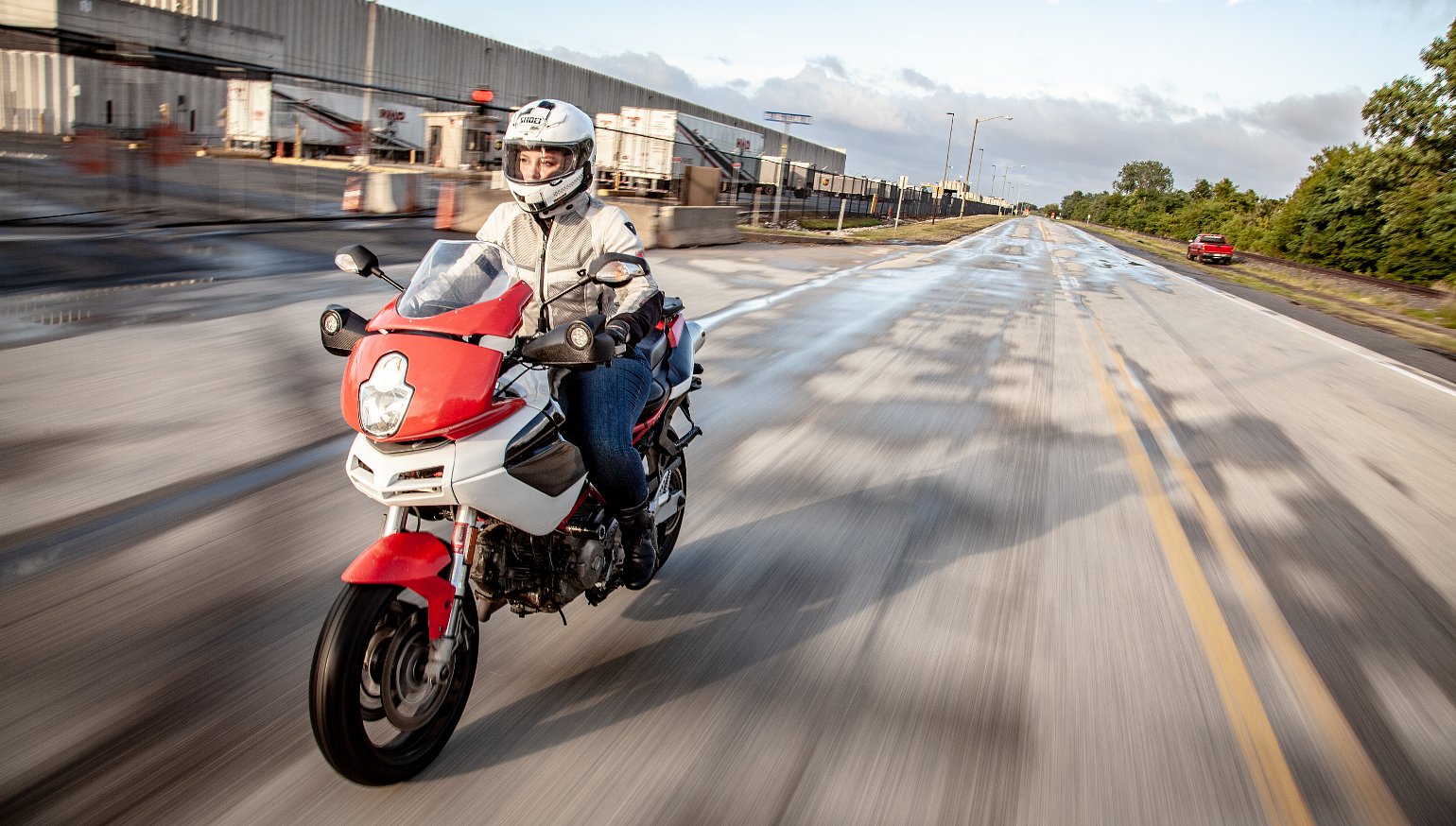 I’m not what you would call a “natural” when it comes to riding motorcycles fast.

I’m not cut from the cloth of the supremely coordinated, those with riding in their DNA. I also didn’t grow up riding, so I didn’t get to take advantage of that reckless fearlessness of adolescence — that period of time in a young person’s life where hormones scramble the brain to believe that risks are independent of consequences. By the time I started riding at 25, my brain had developed to the point of being stuck with rational thoughts. I knew progress wouldn’t just happen.

My goal was simple: I wanted to be one of those riders that people thought of as fast. And to be clear, I hated the idea of being considered “fast for a girl.” I wanted to be faster than everyone — especially my husband, who was lucky enough to spend his reckless adolescent years riding.

So, in a very calculated fashion, I've spent the past six years making up for lost time. Countless hours riding all of the bikes on everything from roadrace tracks to dirt trails has really helped me develop my abilities and push the boundaries of my riding. While my quest for speed is ongoing, I have gotten a lot faster, and I even pass my husband every now and again (though he's likely to make up some lame excuse like having a broken foot).

For me, it came down to three things:

Not that my husband isn’t a lovely man or a talented rider. He is. It’s just that there is something about hearing it from a neutral (and professionally trained) person that makes the advice just feel so much more true — and less judgy.

My first attempt at dirt riding ended with a spectacular crash and some short-term memory loss. All I remember is waking up in the hospital and earning myself a week off from work. Apparently, I was convinced that Philadelphia’s baseball team was the Green Bay Packers, and while I don’t consider myself to be a hardcore sports fan, I live close enough to Citizens Bank Park to know the correct answer.

My second attempt in the dirt was much more successful. I decided to sign up for a Dirt 101 course with Pine Barrens Adventure Camp. I got to start with the basics in a controlled environment with other students of a similar skill level. We practiced things like body positioning, making quick stops in loose sand, and picking up our bikes after the inevitable fall. And then we hit the trails to put all of the individual pieces together.

I improved my street riding in a similar fashion by attending a track day at New Jersey Motorsports Park. I made sure to sign up for the additional coaching and found that I benefited from the coach’s approach of emphasizing a different skill for each session. Coaches rode the sessions with us and gave individualized feedback afterward. The trick here, though, was to really listen to their feedback and implement their suggestions the next time out. Sounds easy, but it’s hard to fight the urge to just go out and try to ride fast. I can promise you, though, that those who implemented the coaches’ suggestions ended the day by actually riding faster, not just “trying” to ride faster.

I also supplemented all of that classroom knowledge with additional reading material. I spent many years as a classroom teacher in Philadelphia and there’s nothing I love more than a good book. One of my favorites is "Proficient Motorcycling: The Ultimate Guide to Riding Well," by David L. Hough. I read it a little at a time, and committed to spending a ride or two noticing and practicing what was mentioned in a particular chapter or section of the book.

Armed with knowledge, it's time to get out there and practice.

I ride a lot. And I firmly believe that if you’re committed to getting fast, you’ve just gotta get out on your bike. That doesn’t mean you always need to ride fast, or that you should try to ride above your ability — just commit to riding with your knowledge in mind.

In my case, each time in the seat helped me practice stringing together all of the small decisions a rider needs to make every moment. In the dirt, I’d ride seconds behind my group because I knew that when an obstacle like a deep puddle surprised me, I wouldn’t be able to make all of the decisions I needed to make to avoid it. I mean, I knew I’d have to pull in the clutch, downshift, brake, swerve toward the outside of the puddle, and get back on the throttle. I could do all of those steps, just a few clicks slower than everyone else. I found it to be good practice to leave space for my brain to process everything. Slowing down left me enough time to execute the series of steps needed to safely avoid that puddle. And as the muscle memory began to set in, my speed began to increase.

On the street, I would approach a turn with a series of questions. Am I in the right gear? Did I get far enough to the outside? Am I tracking to the apex? Did I lean with my entire body? Am I looking to the exit? Is there gravel in the turn? Is a car pulling out suddenly? Each of these questions needed to be answered as I executed the turn. And the relative success of that corner was predicated on the soundness of each of those answers.

Ride time alone was not enough. What really made the difference was actually listening to and applying what I learned in classes, the books, and — yes — I even incorporated tips from my friends and husband from time to time. I committed to building a repertoire of skills — of actions to take in any given moment — and I practiced those skills across contexts.

My years of teaching in Philadelphia taught me that skills only build with practice. And also that everyone learns just a bit differently. Something I tried with one student one Tuesday might have not had an impact until six Tuesdays later. But regardless of which side of the classroom you find yourself in, trust the practice.

Be open to the moments when it clicks

Lastly, be open to your own progress. I had two moments in my riding career where it all clicked, one in the dirt and one on the street. And let me tell you, in my experience, the two contexts are crazy different. But what I can distinctly remember in each of these moments is that all the “thinking” stopped and the riding took over.

I sucked at cornering on the street. I knew my lines weren’t great, but I couldn’t figure out what I was doing that made me feel like I had to scrub off tons of speed before entering a corner. I asked my moto-mentor Gary to follow me through some turns and we discovered that I was over-applying a lesson I’d learned during a track day.

He suggested that I try late-apexing, or visualizing the apex just a bit further than I could see, so that the exit off that corner had a crystal-clear sight line. He spent an entire day riding in front of me and showing me where to exit the turn.

When I reflect on this moment, I realize the real lesson I learned that day was that I could augment earlier lessons I’d learned to fit new contexts.

I started to visualize and execute this late-apex line, which meant that I didn’t need to worry about running too wide at the exit. That meant I wasn’t scrubbing off all my speed, which meant I got to go fast through all the twisties!

My problems in the dirt were a bit different. I was hesitant to push my speed because I was never certain I’d be able to stop in time. I’d heard that in the dirt I should only use my rear brake. Great. But, as a street rider first, I just couldn’t stop grabbing that lever. And, you know what? Sometimes it felt right.

During a Skittles and Gatorade break during one dirt ride, I asked a few veteran riders how much they used their rear brake versus their front brake, and why. My question opened up an entire discussion and then gave me something to try. What my friend Brian suggested was to first apply the back brake as the primary stopping tool in the dirt, and then modulate the front brake as the rear wheel slides to keep the bike wheel-side-down.

Implementing this approach totally eliminated any hesitance I had to use my brakes. And as soon as I was fast at stopping, I was fast at going.

The thing I love most about riding is that it’s turned what used to be a fear of failure into a thirst for knowledge. I’m so proud of the gains I’ve made, and yet I know that there’s always someone faster, someone better, someone I can learn from.

So, go practice the thing that makes you slow way down before you tackle it. Ask someone what they do in those moments. Try what they say. Notice what happens next. 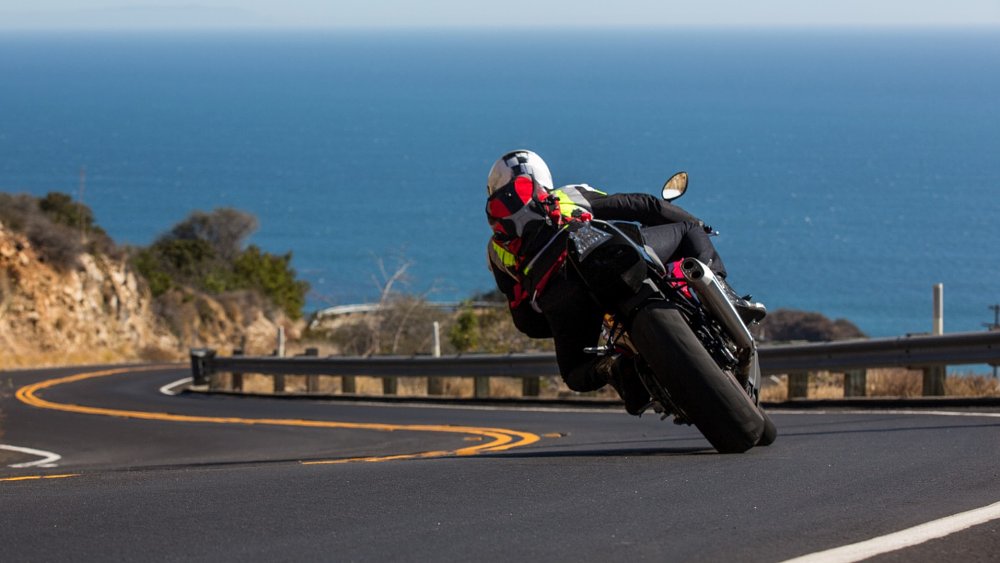 "Cornering Confidence": A book on how to ride the most fun parts Lance Oliver 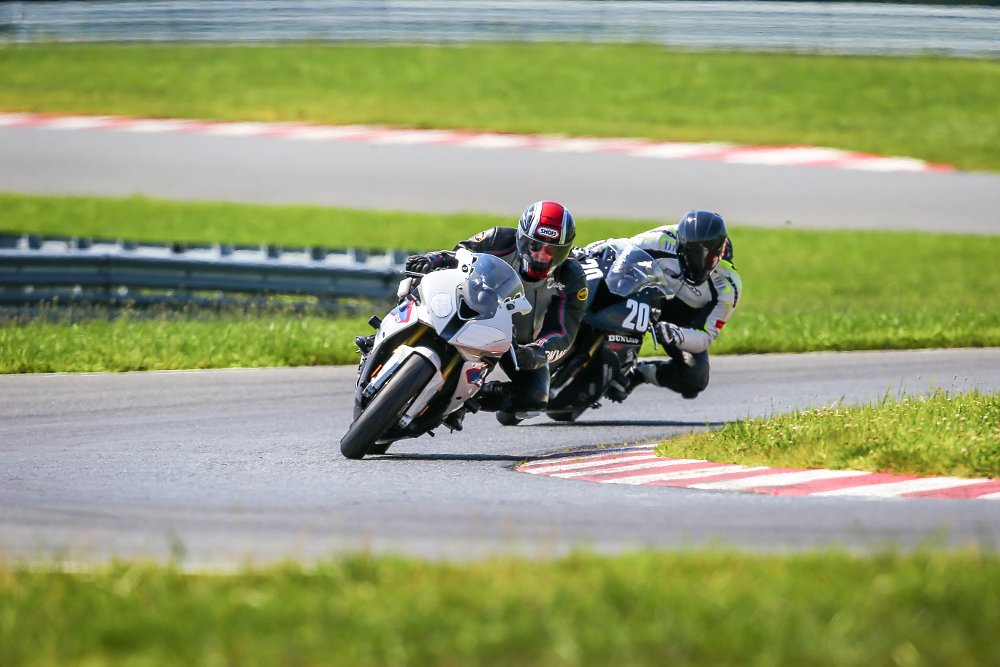