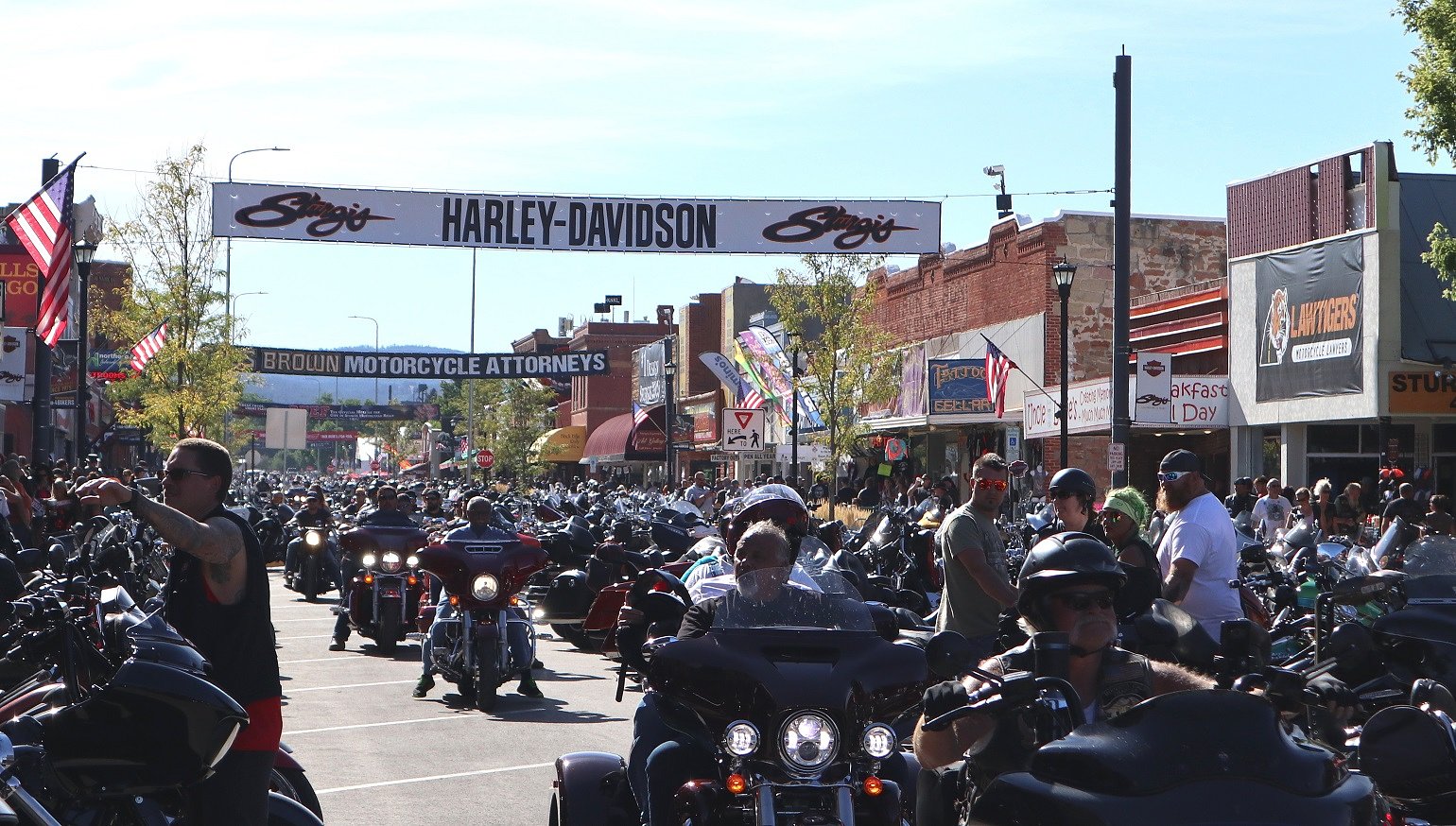 Of wild Sturgis headlines and motorcyclists as super spreaders

Likely the one time in 2020 that the motorcycle world got widespread national media attention was the 80th Sturgis Motorcycle Rally, as much of the country was amazed at the sight of thousands of people crowding into bars and concerts in the largest mass gathering in the country during the pandemic. That news media attention shifted into second gear this week.

You may have seen news reports about a study that made some attention-grabbing estimates: The headlines focused on the claims that more than 260,000 new cases of COVID-19 could be traced to the Sturgis Rally and the public costs of those cases totaled $12.2 billion. The findings were mostly reported without commentary, though they were attacked by the governor of South Dakota as "fiction" and questioned in some other circles. So what's it all about?

It's important to note that this was not a peer-reviewed academic study, though it was done by researchers at four U.S. colleges. Also, if you're rushing to your keyboard to warm up your Libtard or MAGAT hashtags and proclaim this a Democrat or Republican conspiracy, consider that the same lead researcher also took similar looks at both the Trump campaign rally in Tulsa and the Black Lives Matter protests. The agenda seems to be not a political one, but hitting the hot topic of the moment.

The first thing that struck me is an early reference in the study to "over 460,000 individuals" attending the rally. This is apparently based on the South Dakota Department of Transportation traffic counts, though later on the study refers to "350,000 attendees at the event." I don't think anyone in Sturgis believes the DOT counts represent attendance, because if a guy rides his Softail from the Buffalo Chip into downtown Sturgis three times, that doesn't make him three people. Attendance this year was, by eyewitness accounts, lower than usual but still a lot of people, for sure.

Of course what really matters is how many of those people brought the coronavirus with them or took it back home, spreading the disease. The study used anonymized cell phone data to track where people came from. Then it looked at increases in cases of COVID-19 in the counties those people went home to and attributed increases to the rally. That's where the 260,000 figure comes from.

The $12.2 billion figure — which I hesitate even to mention, but I might as well since it has been reported in so many places — is based on a calculation that each COVID-19 case costs $46,000 to treat. Of course a person who spends a week in a hospital ICU will rack up more than that and many people who have COVID-19 need no medical attention at all, so even some epidemiologists say the cost figures are not very accurate and most likely inflated.

Attributing the increase in COVID-19 cases to Sturgis just because someone came home from the rally is a stretch. This was also a time period where businesses, restaurants and schools were reopening, college students were returning to campuses in many locations, and I have personally witnessed surges in more rural areas near me lately, where the main cause seems to be a fatigue with taking precautions or a kind of "letting down the guard" scenario because the virus hasn't been that bad, yet. All I'm saying is there were a lot of scenarios happening in society in late summer in addition to people coming home from Sturgis. Who knows, maybe in one of those counties the increase in COVID-19 cases wasn't from Sturgis returnees but happened because someone had a gender reveal party and instead of using a stupid pyrotechnic device to set part of the state afire they invited someone who unknowingly had the virus and spread it to all the other party guests.

So what do we really know?

If by now you're thinking that this article is leading to the conclusion that this research can be totally dismissed and Sturgis was a harmless event, then think again. There's no doubt the virus was present at the rally and was spread by it.

The city of Sturgis tested all city employees and offered free tests to residents and business employees, administered 11 to 15 days after the peak of the rally. Though 1,300 tests were available, only 650 people chose to get tested and 26 tested positive. South Dakota state epidemiologist Joshua Clayton said 124 cases in his state have been traced to the rally. The Associated Press has been trying to track COVID-19 cases related to the rally and has come up with a total of almost 300 in 12 different states. But state officials may not know (or may not report) if a COVID-19 patient went to Sturgis or caught the virus from someone who did, so the real number is certainly higher than the AP's running count.

The AP also reported that one person in Minnesota died from COVID-19 after coming home from Sturgis. Maybe that person, while struggling to draw a painful final breath, felt that going to a bike show or seeing a Molly Hatchet concert or attending the Beer & Burps Contest at the Chip was worth dying for. Or maybe not. I don't know.

The researchers in the study also made another legitimate point: Even if their estimate of 260,000 new cases is double the true number, that's still a huge impact. I'll go even further and say that if they're off by a factor of 10, then the number of new cases attributable to the rally is still, at 26,000, approximately the same size as the entire population of Meade County, South Dakota, where Sturgis is located.

So here's what I feel I can say with confidence: Somewhere between 300 and 260,000 people got COVID-19 and at least one person died because of the Sturgis Rally. I know, that's not very helpful "information." But between the headlines that uncritically quoted the study and the lack of information on the other side, that's about as far as my confidence goes.

Meanwhile, you've probably heard very little about Laconia Bike Week, which took place right after Sturgis. There, the state and city took a different approach, not allowing outdoor vendors, restricting capacity at bars and restaurants and encouraging people to go out and ride in the White Mountains instead of congregating around Weirs Beach. Organizers said they believed the news media attention to the crowds in Sturgis and the risk of spreading the virus deterred some people from coming to Laconia. Rain on Saturday, usually the busiest day, also kept attendance down.

On a regional level, a more notorious event took place on Labor Day weekend when East Coastin rolled into New Haven, Connecticut, for stunting on the streets. Police mainly just tried to keep the event confined to one area instead of trying to break it up and potentially cause violence. While a tiny fraction of the size of Sturgis, East Coastin riders showed the same level of concern about spreading a virus, as you can see in the video above. Standing in a crowd and cheering and screaming in support of stunters is an excellent way to spread an airborne virus, if you have it.

Like any minority group, motorcyclists in the United States get painted with a broad brush by the majority. Part of that image may be becoming "those people who spread the virus." 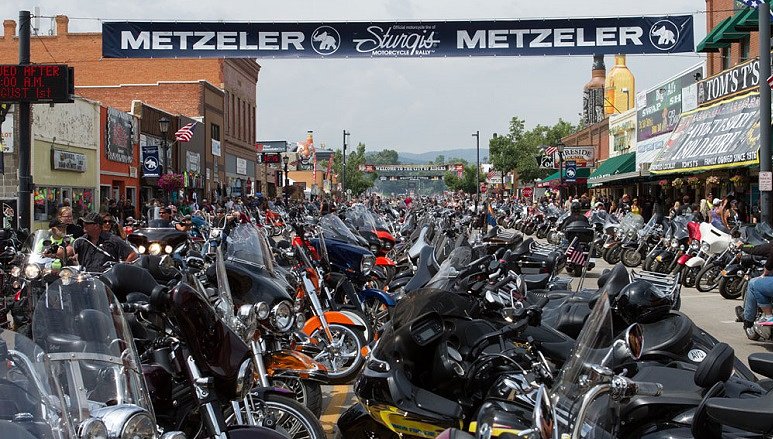