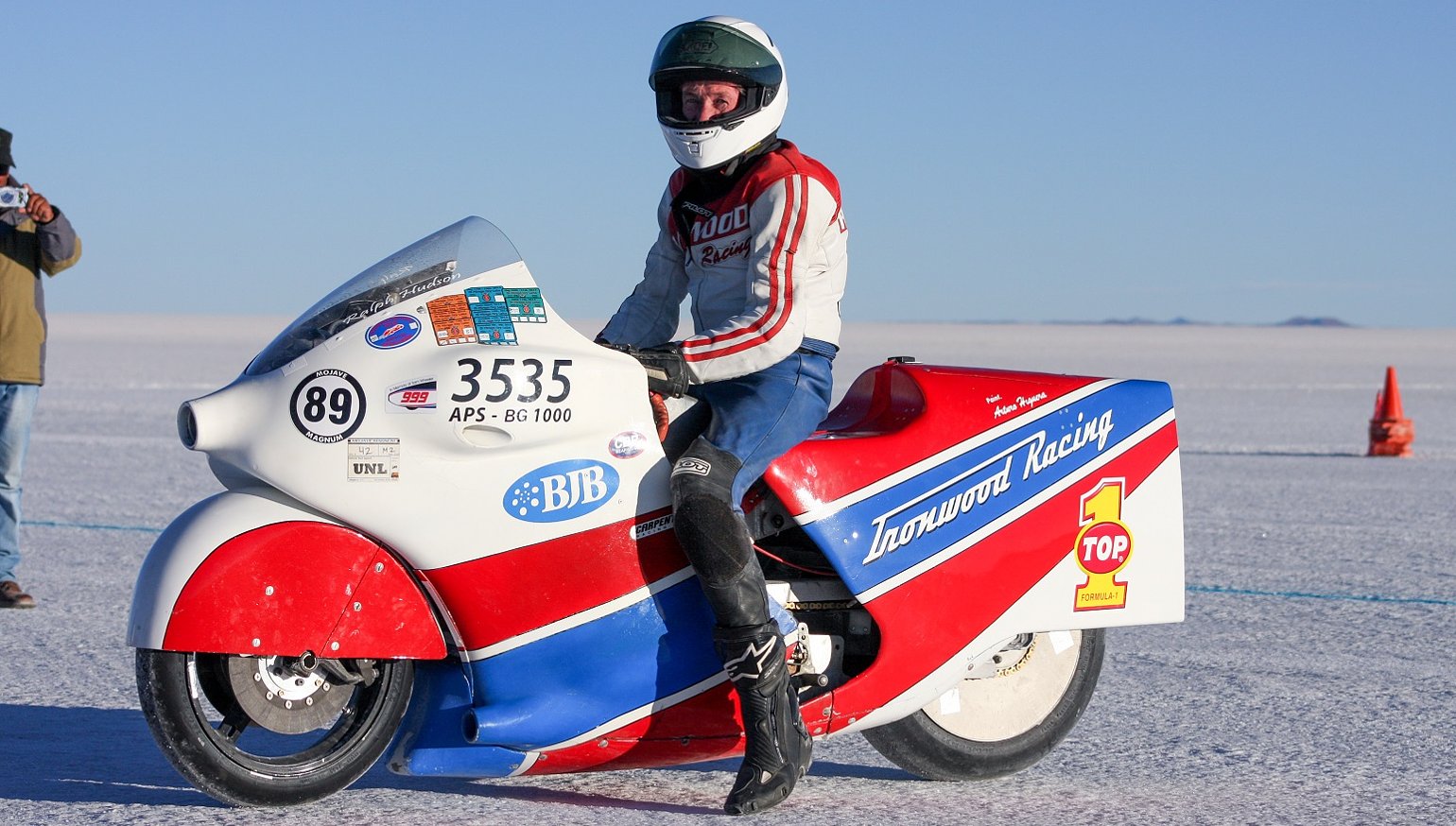 Ralph Hudson, one of the world’s most decorated land-speed racers has died, weeks after a crash at more than 250 mph on the Bonneville Salt Flat.

Hudson was one of the first speed addicts to travel to Bolivia to run on the Salar de Uyuni salt flat, a story I covered three years ago. Hudson returned to Bolivia in 2018 for another crack at an elusive goal: to be the first person to exceed 300 miles per hour on a “sit on” motorcycle.

The salt is a fickle mistress. That year, he managed a one-way pass at a measured 304 miles per hour, but couldn’t back it up with a return pass for an official record. Still, his legit 304 time slip made him at least arguably the fastest person ever on a motorcycle (as opposed to in a streamliner).

Conditions at Bonneville were pretty good this year and Hudson set four more SCTA records, riding modified Suzukis in 650 and 1,000cc classes. Unfortunately on the last day of the meet, he experienced a loss of control at over 250 miles per hour. Observers speculated that crosswinds triggered a “speed wobble.” It must’ve been the world’s fastest tankslapper.

Hudson was flown from Bonneville Salt Flat to Salt Lake City. Although he was said to have shown signs of consciousness on the helicopter, the close-knit land-speed racing community heard nothing for three weeks. His family released the news of his death yesterday.

Hudson was 69 years old, but in the arcane land-speed world where machines are developed for decades, some racers reach their prime late in life. There are rivalries in LSR, but racers compete against conditions and the limitations of engineering — they tend to be friendly and help each other out. Ralph Hudson will certainly be missed.

According to this post on the SCTA Facebook page, a celebration of Hudson’s life will be announced soon and a scholarship will be endowed in his name.

Just aim for the volcano: Seeking 400 mph in the mountains of Bolivia Mark Gardiner