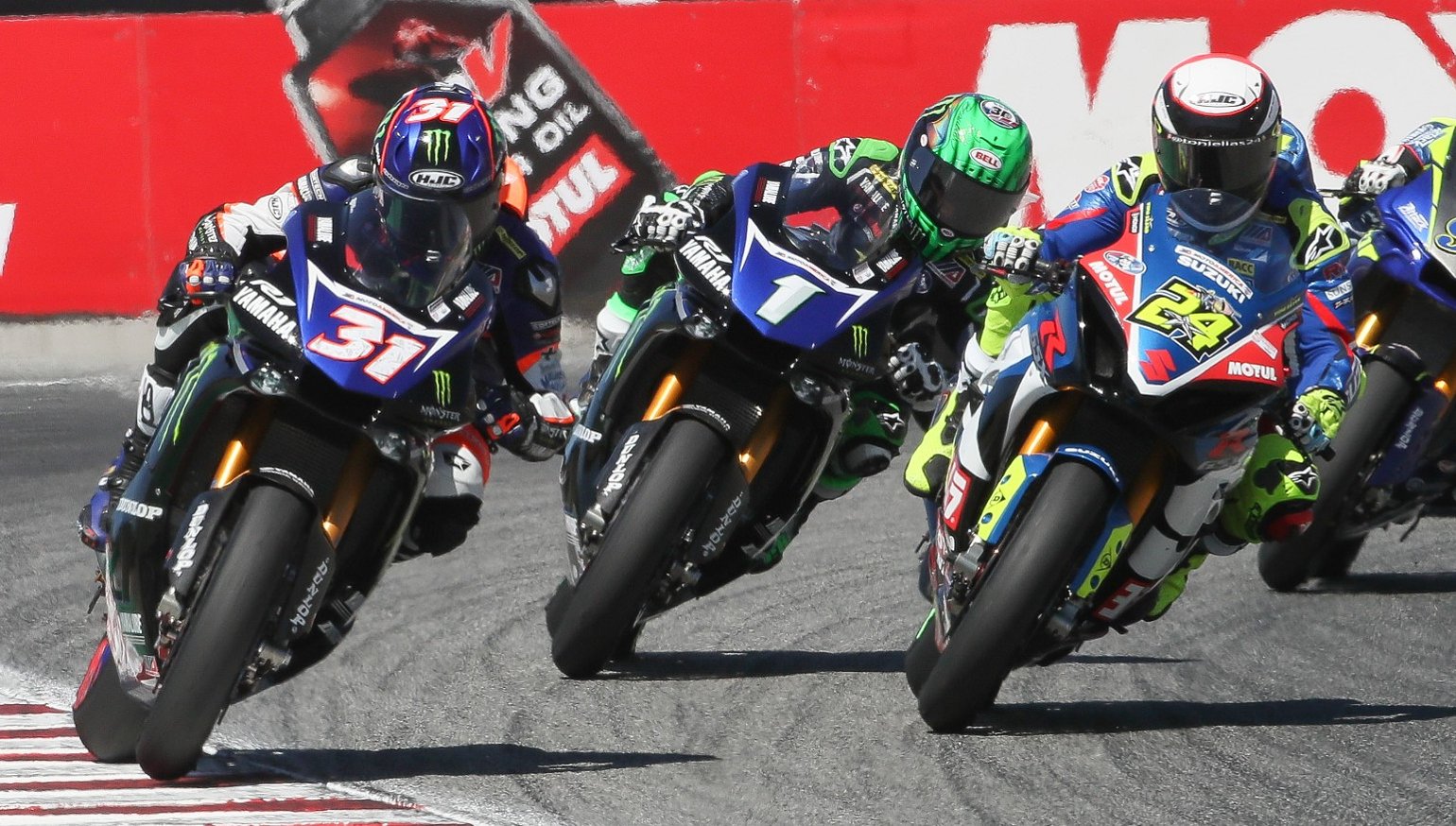 The Cycle Gear Championship of Sonoma was supposed to be the round where MotoAmerica EBC Brakes Superbike defending champion Cameron Beaubier upshifted his stretch run to catch Toni Elias. Instead, on just the second lap of Saturday's race, Beaubier's Yamaha was tumbling through the dusty gravel traps of the California track.

It was easy to see what happened. Beaubier typically dominates at Sonoma. Last year he won the two races by margins of 7.3 and 6.5 seconds. This year, stuck behind Elias, who got the holeshot at the start of race one, he wanted to get into the lead as soon as possible and begin one of his patented Sonoma breakaways. That impatience bit him on the second lap as he tried a pass for the lead and lost the front, ending his race.

“I was really bummed," Beaubier said. "I feel like I was getting a little impatient. I was trying to get to the front because I felt like I had really good pace."

Surely the championship was now over, right? Instead of gaining big points at his best track, it appeared Beaubier would lose points to Elias.

Then, on Sunday, Elias reopened the door that had closed by crashing in turn seven. Elias had asked for stiffer settings on the front suspension for Sunday's race and that could have contributed to the crash.

“I didn’t feel like I made a mistake or braked too late, but maybe with the change I did in the front [suspension], it was too hard and I just lost the front on one of the bumps," Elias said.

Meanwhile, on Sunday Beaubier got the solid win he expected to get both days and gained a small but significant five points on Elias, leaving him 34 points behind with three rounds — six races and 150 points maximum — still remaining.

In one weekend the points lead went from 39 to 59 to 34, and maybe the title fight that was over wasn't really over.

Beaubier, riding for Monster Energy/Yamalube/Yamaha Factory Racing, and Elias, riding for Yoshimura Suzuki Factory Racing, have won all four Superbike titles in the MotoAmerica era, with Elias winning in 2017 and Beaubier the other three years, so it's not surprising to see them at the top of the standings again. That part's familiar.

At the simplest level, the math is clear. If Beaubier wins the last six races, it won't be enough to steal the title from Elias if the Suzuki rider can finish second in all six races. Elias would still win by four points. In other words, Beaubier's fate is not entirely in his own hands. He needs a little help.

And this is where things get less familiar, because this year there are a lot of actors who could insert themselves into this title fight, and the most obvious and important one is Beaubier's teammate, Garrett Gerloff. The reason Beaubier gained five points on Elias at Sonoma is because Gerloff won Saturday's race, beating Elias in a straight-up duel after Beaubier crashed out. After a slow start to the season, Gerloff is suddenly hot in his sophomore year in the class, winning his first Superbike race at WeatherTech Raceway Laguna Seca and following up with another win at Sonoma and a second place behind his teammate.

This is both good news and bad for the Yamaha Factory Racing team. It's good that Gerloff has shown he can beat Elias, so he could get between a winning Beaubier and Elias and give his teammate more points. On the other hand, it complicates things for Yamaha because Gerloff has no reason to stay behind his teammate. You see, it's not really a two-man battle for the title any more, not after Sonoma. Beaubier is 34 points behind Elias and Gerloff is only 40 points behind. So the junior member of the team has a legitimate shot at the title, same as the veteran.

Other than those three, nobody else in the field has a realistic chance to win the championship, but there are plenty of racers who could get in the mix for podium spots and cost one of the contenders critical points, starting with Elias' teammate, Josh Herrin. His first season on the Suzuki has been uneven, with two wins (that's good) but only one other appearance on the podium (not so consistent). J.D. Beach on the Attack Performance Estenson Racing Yamaha team has also shown he can win. Westby Racing's Mathew Scholtz is also capable of a podium any weekend.

So Beaubier needs a little help if he wants to claim his fourth Superbike title and deny Elias again, as he did last year with a run of victories in the second half of the season. But he has plenty of people who could help him — or hurt him, as well, by stealing points away.

Three more rounds, each two weeks apart, will decide the title and racing resumes this weekend at the Pittsburgh International Race Complex. Watch for a report from the track this weekend right here on Common Tread. 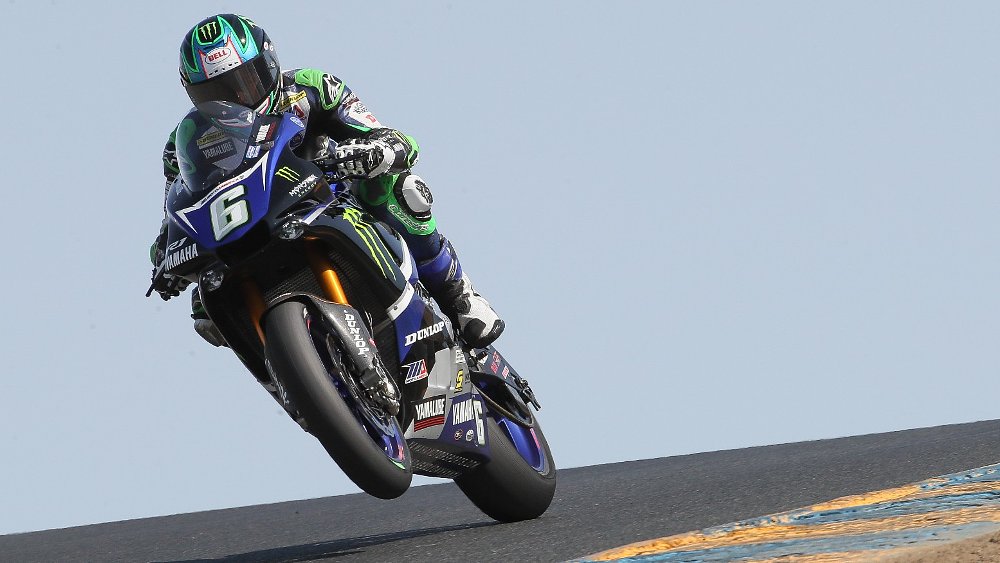 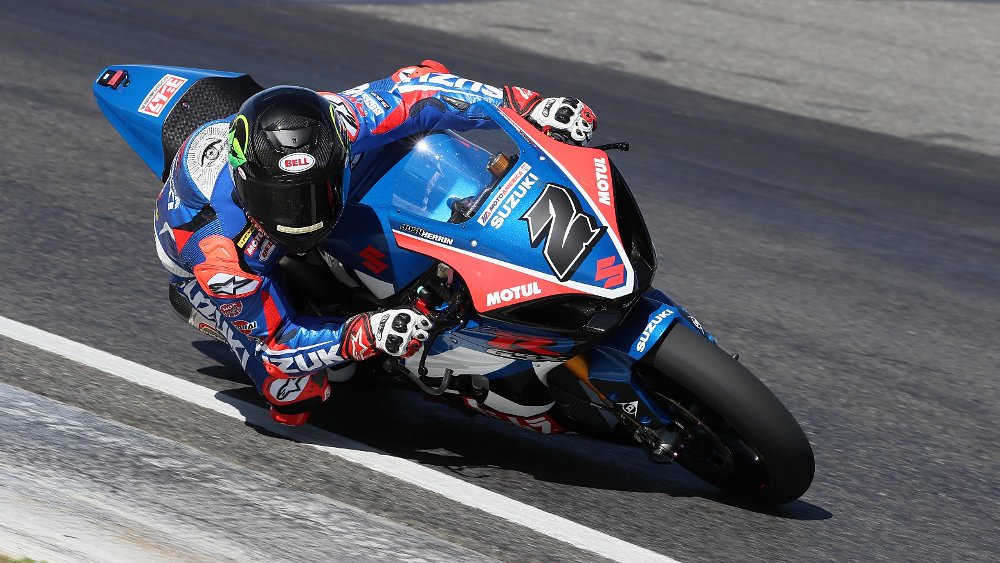 MotoAmerica season preview: Who to watch, what to watch, how to watch Lance Oliver