I hate fake stuff. I dislike it a little more than is reasonable, such as even when it doesn’t really hurt anything.

When Spurgeon submitted his glowing first ride report on the new Yamaha FZ-10, my first reaction was near certainty that I would really enjoy riding the motorcycle. My second reaction was that every time I looked at it I would imagine Yamaha had built a bike out of magnets and then dragged it through a junkyard, picking up random parts along the way. My third reaction was the strongest: Of all the styling cues from the past that Yamaha could have revived and updated, why did it have to be the V-Max fake air scoops?

I even abused my editor’s privileges and made sure that was the very first comment on the story, by posting my comment before the article was even published.

You see, I just don’t like fakery. Some part of me just can’t get comfortable with a non-functional part bolted to my motorcycle that serves no purpose except to appear to be something it isn’t.

If you think I’m bad, don’t even dare get Lemmy started on this subject. Your productivity will plunge as he floods you with examples ranging from mildly amusing to the true atrocities that leave him spluttering in rage until that free RevZilla coffee he drinks by the quart is dribbling down his beard. I admit I only skimmed the second or third dozen examples he sent me, but if I caught it right, I think the height of outrage in the Lemmyverse is reserved for the bolt-on piece that is essentially a fake kick-starter for your 21st century Sportster.

But that’s the aftermarket. I expect everything from the aftermarket, from brilliant solutions to the OEMs’ design flaws to cheaply made and utterly useless wastes of money (like bolt-on fake kickstarters).

What I’m talking about are styling decisions straight from the manufacturers, who at least in my theory, should know better. I’m not even so concerned about disguised parts. Lemmy, for example, will point to the throttle bodies on fuel-injected Triumphs that are styled to look like carburetors. I can’t work up much outrage over that, since both carburetors and throttle bodies perform the task of delivering a mixture of fuel and air to the cylinders. Triumph's throttle bodies may be disguised, but they still perform an essential job.

True fakery is a part that does nothing at all except fool the observer. To continue picking on Yamaha, the oldest example I could dig out of my memory banks was the Yamaha Virago of the mid-1980s. I actually briefly owned the original Virago 750, which was historically significant as the moment when the Japanese decided to go beyond bolting chrome fenders, stepped seats and buckhorn handlebars to their four-cylinder bikes and compete directly with Harley-Davidson by building a V-twin. That first Virago was a standardish cruiser (I could stand up on the footpegs, which is my critical test that few cruisers today can pass), but Yamaha restyled it after a few years and ratcheted it several notches in the wrong direction, in my opinion. Among the second-gen styling touches were twin “chrome air cleaners” that were really just boxes that held electronics. Total fakery.

Of course there have been plenty of examples since, from the fake bolt on the Honda VTR1000’s speedometer (to fool the unwary into thinking it could be removed for racing, I suppose) to the otherwise nifty Indian Springfield Lemmy enjoyed testing this spring, which, like so many other cruisers, has a fake gas cap on the left side of the tank to provide symmetry to the real one on the right side.

Fake air scoops on a great new bike like the FZ-10 top the list, however, especially since it doesn't fit in with the FZ line. Part of the reason the FZ-07 and FZ-09 have been so successful is because they are elemental motorcycles, stripped of unnecessary parts (and reduced in cost, in the process). Yet the FZ flagship, arguably already over-styled, gets bolt-on fake parts. I blame the V-Max, of course. Or, more accurately, all the people who bought V-Maxes, which no doubt emboldened Yamaha designers to resurrect the fake air scoop.

I’m sure I would really enjoy riding the FZ-10. I’m also sure that I’d sit self-consciously at stop lights, glancing down at those pieces bolted to the sides of the gas tank and feeling like the idiotic kid in the front-wheel-drive Honda Civic with the monster wing he bolted on the back after binge-watching the entire Fast and Furious franchise.

But that’s just me. Who’s with me? Share your most atrocious example of bolted-on fakery below. Or who’s against me? Think you can teach me to learn to love fake air scoops? 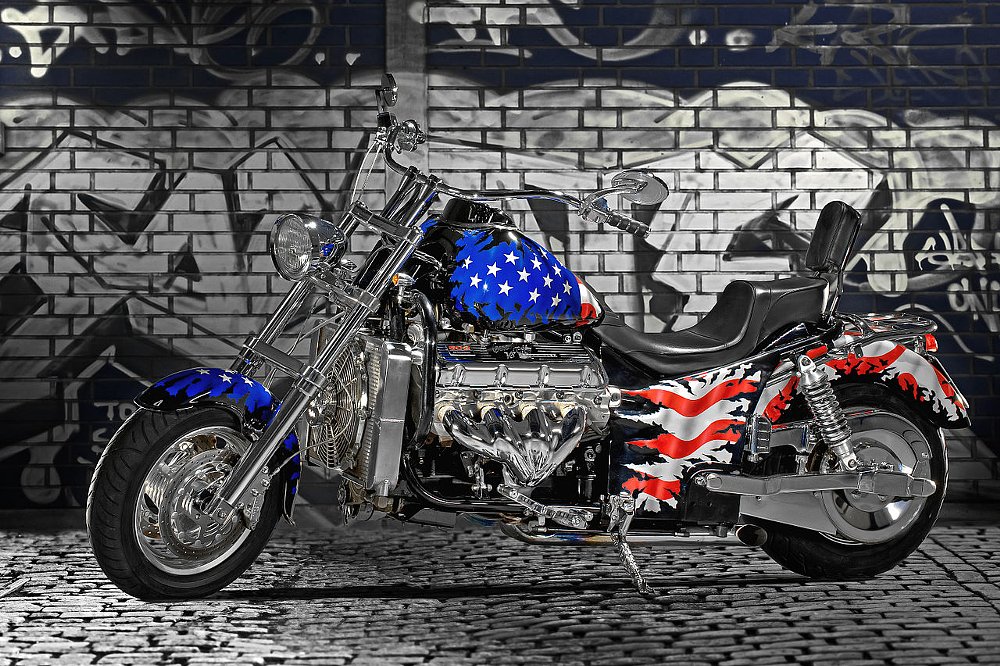 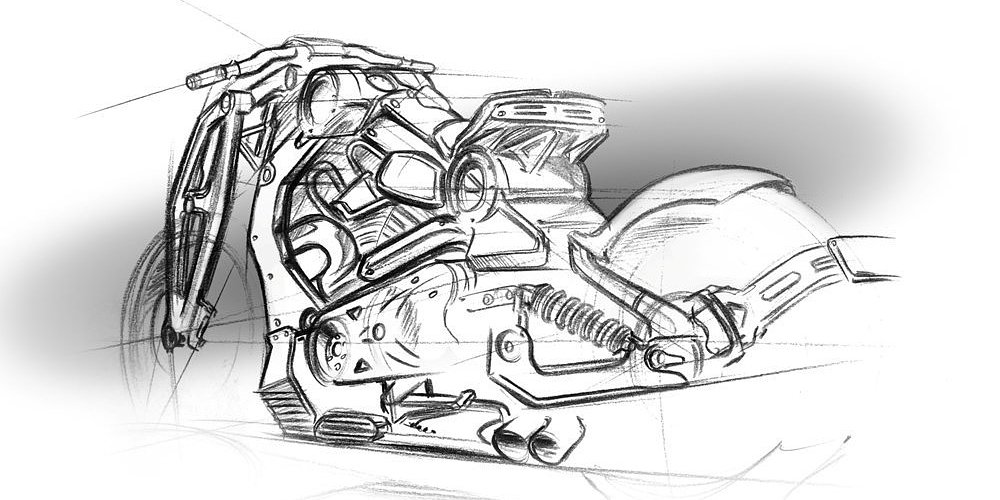