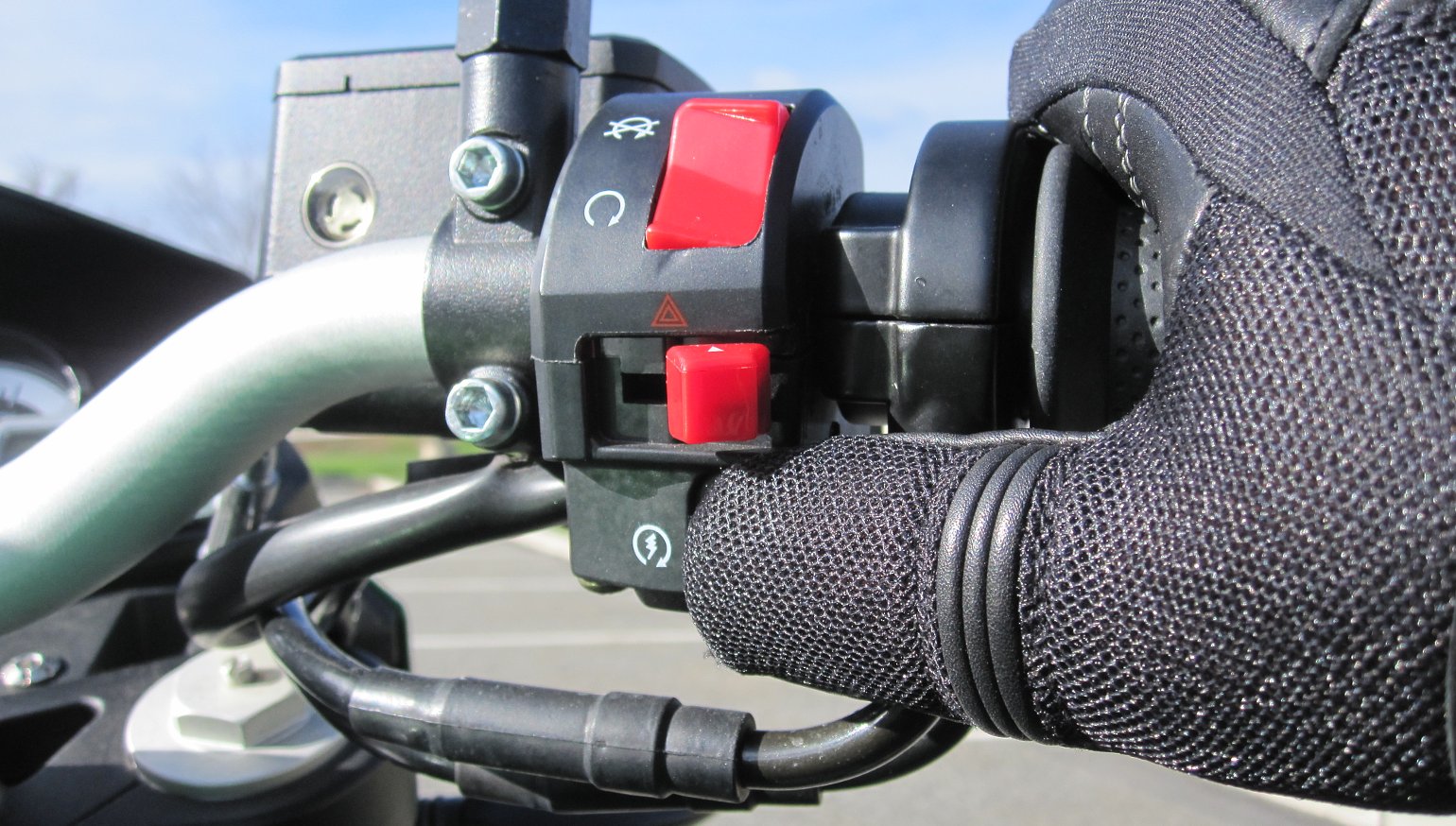 How to jump start a motorcycle

The dreaded "click"... When you turn your key on, hit the starter button and hear a big click, or maybe a series of clicks, or even a few slow cranks, and you realize you're not going anywhere fast.

It just so happens that between the time I was assigned to write this article and now, one of my motorcycles and my truck both experienced battery problems. Has Editor Lance been sabotaging my vehicles to remind me to get this done? We may never know.

I have had a lot of vehicles over the years with “no-start” conditions caused by dead batteries, so I will share some of my experiences and advice that will hopefully get your bike going as quickly as possible.

First, just a reminder that there's a difference between the motorcycle turning over but not starting and the battery being too weak to turn over the engine. This article is about the second scenario. (Also, see our article on how to test a battery if you're not familiar with the procedure.) So let’s talk about a few things that could have led to your bike not starting because of a lack of juice from the battery.

Situations you can fix with a jump start

In the following scenarios, your bike’s battery is usually still healthy enough to accept and hold a charge, so a jump start will be a quick and easy fix.

Situations you can't fix with a jump start

Unfortunately, these situations might not be remedied by jump starting:

How to jump start a motorcycle

OK! Now that we’ve gone over some situations where a jump start will work or will not work, we can finally talk about doing it.

If you are not in a rush, I recommend connecting a charger to your battery until it is topped off. This is technically not a “jump start,” but the slow reenergizing of your battery will ensure it remains as healthy as can be when you are ready to ride.

If you don't have the time or the ability to use a charger, the next best option is a personal power supply or “jump-box.” This is a must-have, in my book. Aside from being able to jump start your bike or car in a pinch, without anyone else’s help, they can also recharge your electronic devices and usually have a built-in flashlight. Turn the device on, connect the red alligator clip to the positive battery terminal and the black one to the negative terminal on your bike and fire away. I have used my personal Antigravity Micro-Start XP-1 Power Supply to start several friends' trucks and dozens of bikes. I also use it to recharge my camping lights, phone and GoPro on motorcycle trips.

Finally, let’s talk jumper cables. This is really no different than jump starting a car. You can jump a motorcycle with another motorcycle or a car. There are differences of opinion about leaving the car or truck running while jumping a motorcycle. I’ve seen it done without any ill effects on the bike, but why risk it when it's not necessary? A large car battery has plenty of energy to fire up a bike within a few seconds, without the need for the engine to be running.

When using jumper cables, just remember the phrase “red to dead.” Start by hooking up the red cable to the positive terminal on your dead bike. Then connect the other end of the red cable to the good battery's positive terminal. Next, connect the black cable to the jumper’s negative terminal and lastly, the other end of the black cable to a bare metal surface on the dead bike. If you can’t locate one or are afraid of scratching things up, hooking the final connection up to the negative terminal on the dead bike is fine. The idea is to keep any sparks away from the battery as the gases that can potentially be released from it are flammable. Reducing the chance of sparking is why jumper cables made for motorcycles have alligator clips that are smaller to fit the small terminals on a motorcycle battery and the confined spaces they live in.

Bonus section: How to bump start your motorcycle

So, your bike won't start and you've confirmed your battery is likely "jumpable," but unfortunately no one is around and you do not have a personal power supply on hand. Time for a bump start. If the battery is too weak to turn the starter but still has enough juice that the lights come on when you turn on the key, you can probably bump start it. On EFI bikes, you can listen to hear if the fuel pump runs when the key is turned on. If your battery is too drained to power the fuel pump, a bump start won't work on a fuel-injected bike.

Bump starting is starting the bike by turning over the engine with the rear wheel instead of the starter motor. Generating some momentum, by pushing your bike or rolling down a hill, will allow you to put that energy through the drivetrain, into the crankshaft, forcing it to draw in some fuel and air, then compress and ignite the mixture in your combustion chamber, resulting in a running bike.

Starting at the top of a hill is the preferred method since pushing a motorcycle with enough speed to fire it up can be tough work. I recommend having your ignition on before you get rolling, but leave it in neutral since this avoids the drag of the clutch plates, helping you gain a little more speed. Once you are rolling at no less than a jogging pace, pull the clutch in, pop the bike into second gear and plop your butt down on the seat as firmly as you can while simultaneously dumping the clutch. The butt plop is essential to prevent the rear wheel from skidding. It gives you a burst of additional traction right when you need it most. You will hopefully hear the bike fire up so you can pull the clutch right back in and rev it a little to keep it from stalling and allow the alternator to begin recharging the battery. If it does not fire up on the first try, it may be worth giving it another shot or two to perfect your timing.

Hopefully now you feel a little more prepared for the next time you hit that starter button and hear that dreaded click. As always, feel free to share your "dead bike" stories below and if you need help finding a new battery for your bike or a personal power supply to add to your tool kit, reach out to one of our gear geeks at (877) 792-9455 or shoot an email to cs@revzilla.com.

How to charge a motorcycle battery Lemmy 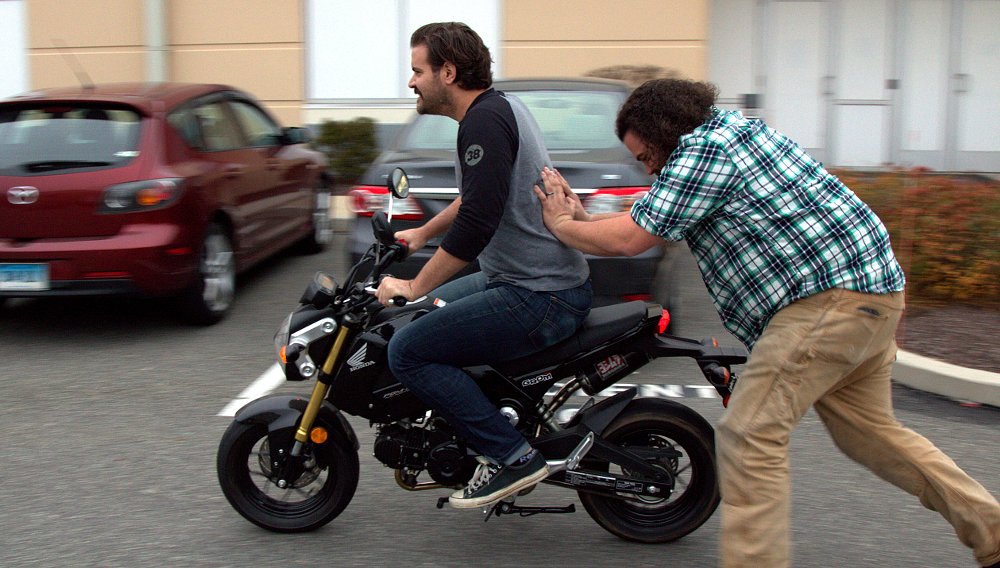 How to push-start a motorcycle Lemmy 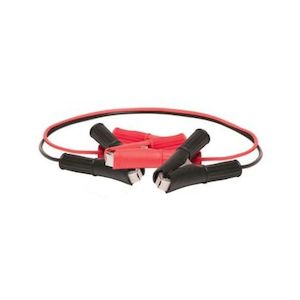 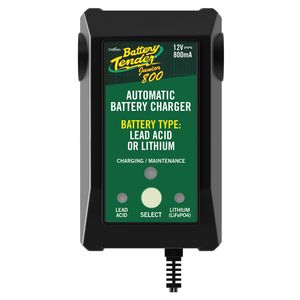 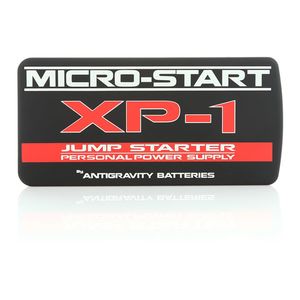